The Cave Churches of Göreme in Cappadocia, Turkey

Arguably one of Cappadocia’s most famous attractions, the Göreme Open Air Museum is a complex of medieval painted cave churches carved by Orthodox monks several hundreds of years ago.

There are over 10 cave churches in the Göreme Open Air Museum, many are painted with beautiful and historically important Byzantine murals that date as far back as the 9th century.

As we explored the UNESCO World Heritage Site and its unusual cave churches, we noticed that although the Byzantine frescoes are in remarkablygood condition, many of the faces and hands are scratched out.

This seemed very odd to us.

We were told that the reasoning for this was because superstitious inhabitants were afraid of the Evil Eye that would bring them bad fortunes (faces in pictures were considered bad luck).

The HD video below was taken inside the infamous Dark Church (also known as Karanlik Kilise), arguably the best preserved and most impressive in the outdoor museum. The frescoes are a wonderful example of 11th-century Byzantine art and had us visualizing what life must have been like nearly a thousand years ago.

The photo below is of the exterior of the Dark Church. The carvings are quite extraordinary and reminded us of the lost city of Petra in Jordan, only much smaller (although Cappadocia can certainly compete with Petra on the world wonder stage). 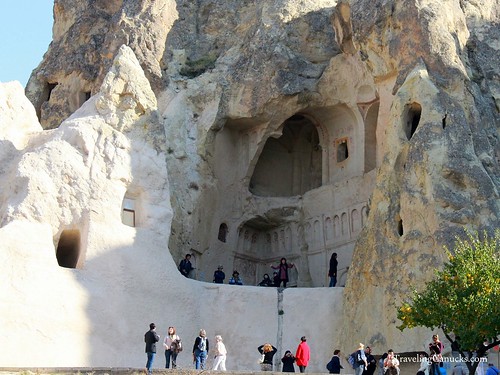 Interesting fact: After the Turkish invasion, the Dark Church was used as a pigeon house until 1950s. It took over 14 years to scrape off all the pigeon droppings! The pigeon droppings helped protect the frescoes, resulting in some of the best preserved in all of Cappadocia. 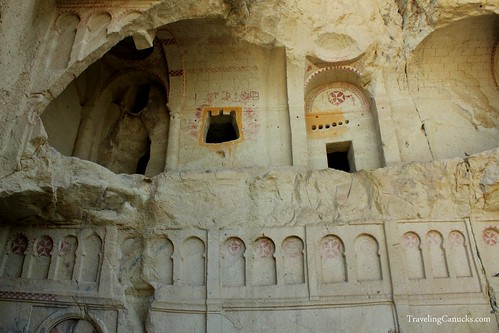 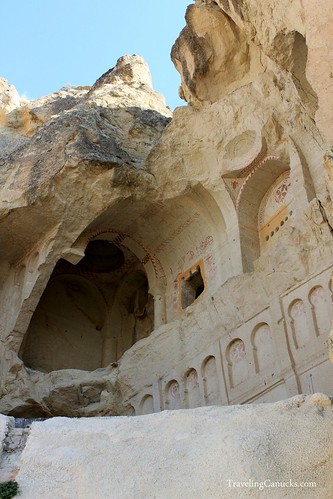 Below: views of the Göreme Open Air Museum 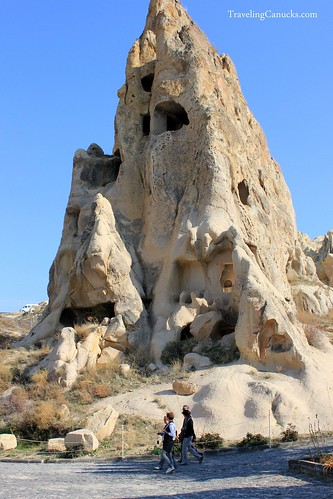 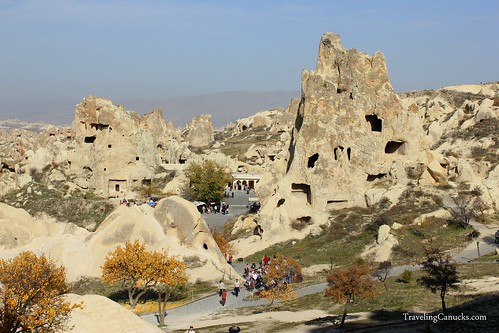 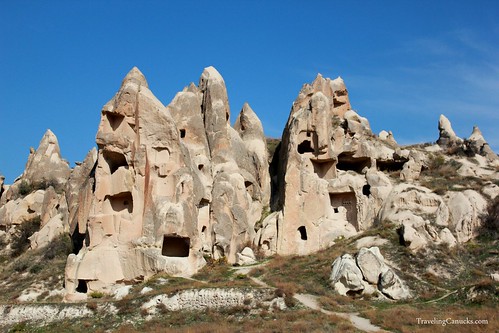 Ancient cities carved into the peculiar rock formations of Cappadocia

How did they do that?  Seriously!?

Have you visited the Goreme Valley in Cappadocia? What did you think?
Share your story in the comments section below!