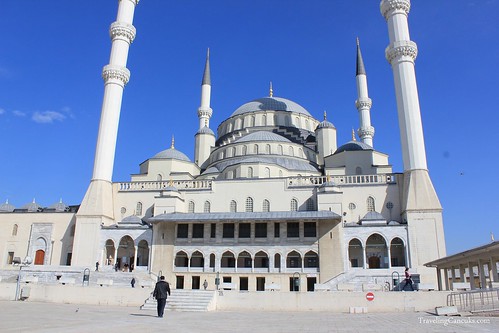 I paused for a moment and opened up my tourist guide map to see what was next on the agenda. It had a little mosque icon that highlights Kocatepe Mosque as a “must see” when wandering through the dense streets of downtown Ankara.

Having already witnessed the historical mosques of Istanbul, my assumption was that no mosque in Ankara could challenge that of the world famous Blue Mosque or ancient Hagia Sofya. Though all mosques are beautiful in their own way, I thought Kocapete was going to be similar to the rest of the mosques that I had already passed while exploring the Turkish capital.

Sometimes it’s great to be wrong!

Though my view was obstructed by buildings and low hanging trees, I thought I could see the tip of one of the minarets in the distance, but questioned my observation because it seemed far too high in the sky.

My eyes were locked on the raging taxi drivers as I crossed the street. Crossing the road is a blood sport in Ankara, much like trying to maneuvre through a busy intersection in Vietnam, except replace dilapidated motor bikes with high speed cars and trucks!

I safely made it across the frantic street, heart pounding and blood pumping. Caught up in the focus of staying alive, I was temporarily unaware of my surroundings.

The next 30 seconds will undoubtedly stick with me forever.

I took a big gulp as my head continued to tilt backwards, my neck unable to go back any further. My jaw dropped in amazement. I reached for my camera but the moment forced me to stop and admire; the pictures will just have to wait. It was one of those truly special moments that caught me completely by surprise, Kocatepe Mosque and I were having a moment.

Stunning, glorious, powerful, seductive, magnificent, brilliant. Whatever adjective you choose, it still won’t come close to accurately capturing the style and grace of Ankara’s largest and most impressive place of worship.

Having trouble watching the video – Kocatepe Mosque in Ankara 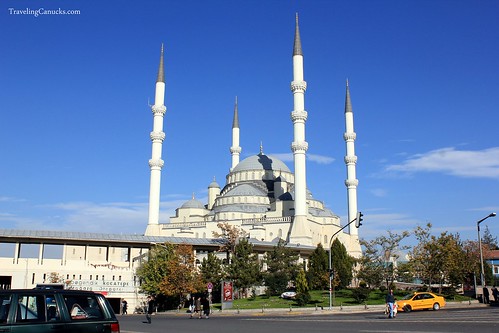 View of Kocatepe Mosque from a block away. If you look to the left, you’ll see the entrance to an underground parking lot. The interesting thing is that there is a full shopping centre located directly beneath the mosque.
Pray and Shop – modernization in action! 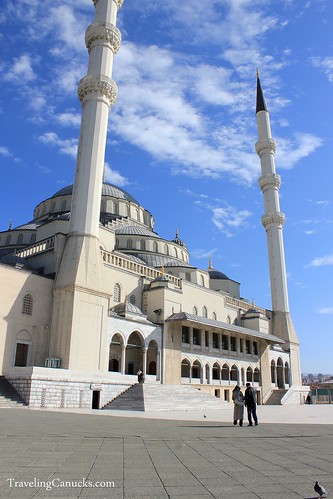 This is one of my favourite pictures from the day (above) 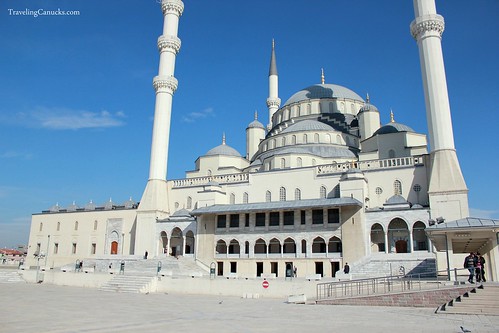 Below, you can see the detailed artwork above the window cover 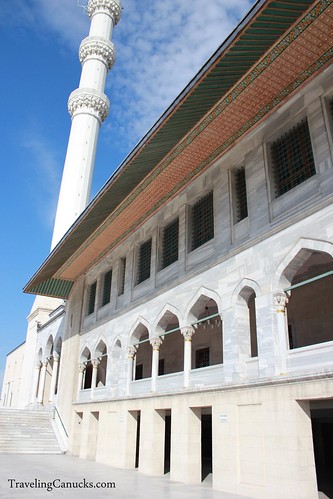 Below, the backside of the mosque 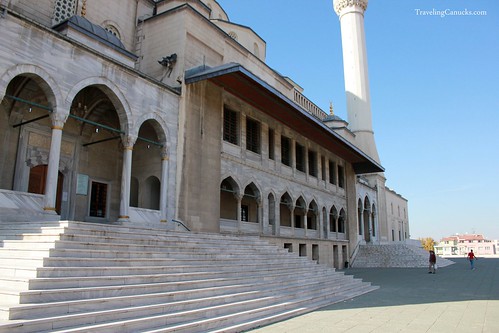 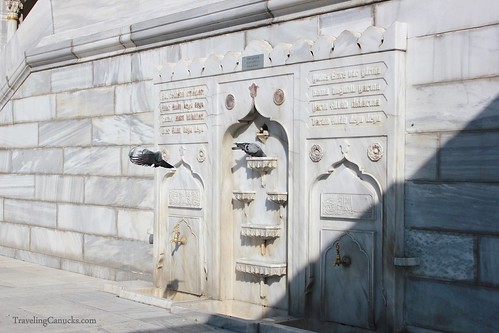 What is the most impressive place of worship you’ve witnessed?
Share your experience with us by leaving a comment below!