The Göreme Valley and Rock Sites of Cappadocia (Kapadokya in Turkish) are on the elite list of UNESCO World Heritage Sites. Sculpted by millions of years of erosion, the magical volcanic landscapes are unlike any other place on the planet. Seriously.

I know it’s cliche to say, but I found myself at a loss for words. Trying to capture the beauty of Cappadocia and its mysterious fairy chimneys is difficult at best, so let’s skip the overused adjectives and jump to the photos instead! 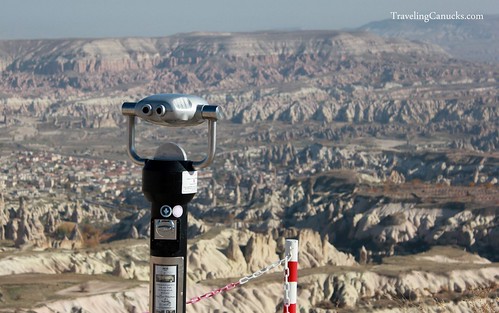 Quite possibly the best views in the world? 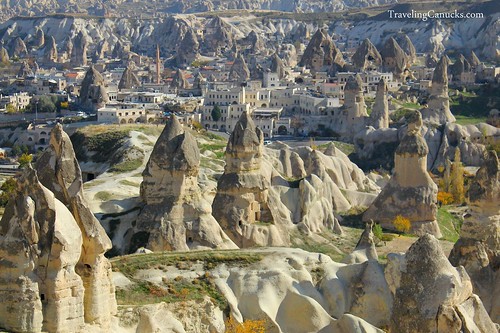 The beautiful city of Göreme nestled in the eroded Göreme Valley. 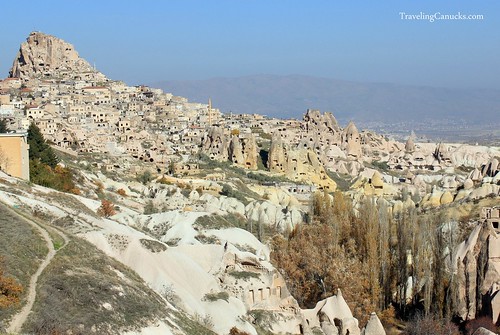 Göreme Castle towering over the dense city below.
city is literally carved out of the peculiar rock formations. 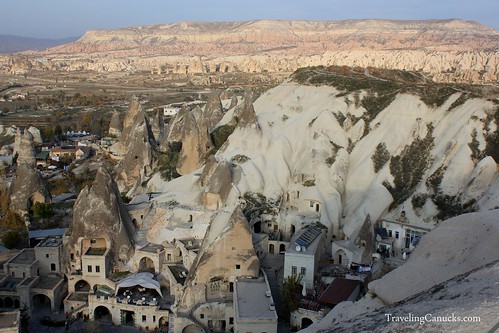 Stunning panorama from the Göreme viewpoint. 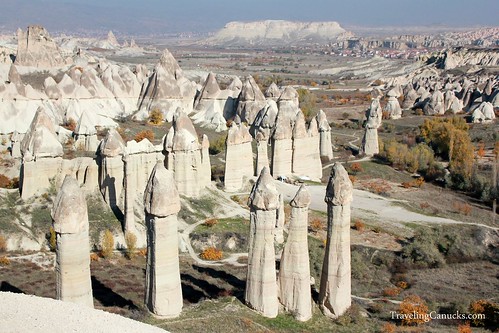 The “unique” rock formations at “Love Valley”, located just outside the city of Göreme. 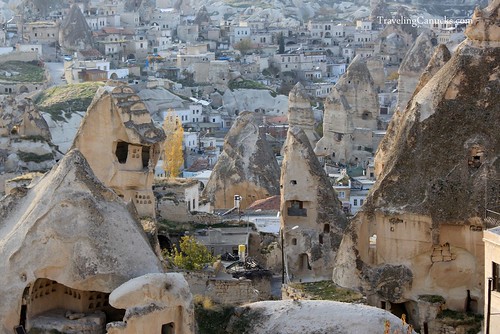 Fairy chimneys and Cave Hotels in the city of Göreme. 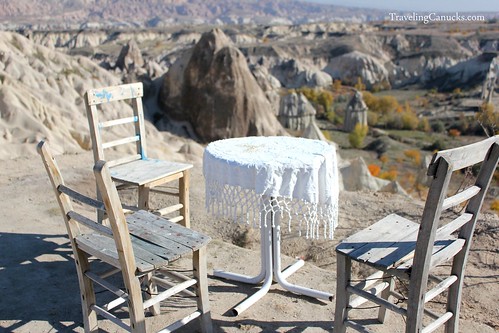 Table with a view!
An empty makeshift cafe perfectly situated on the edge of wonderland. 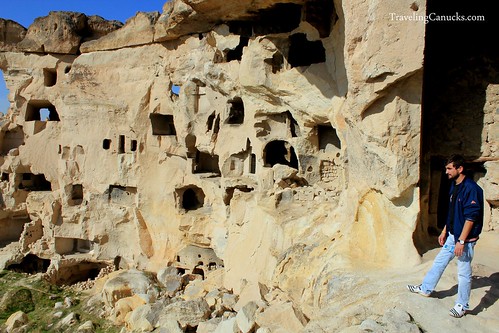 The ancient city of Çavuşin, a UNESCO World Heritage Site. 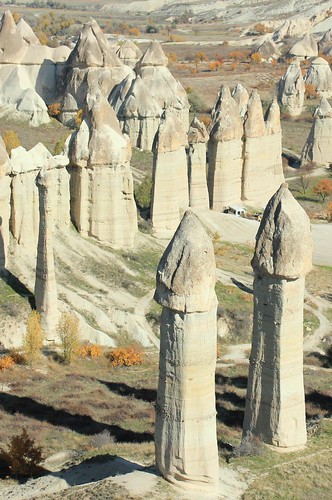 I wonder why do they call it “Love Valley”? 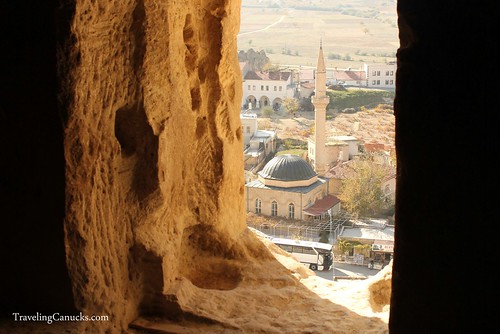 Views of a local mosque from inside an ancient cave church in the historical city of Çavuşin. 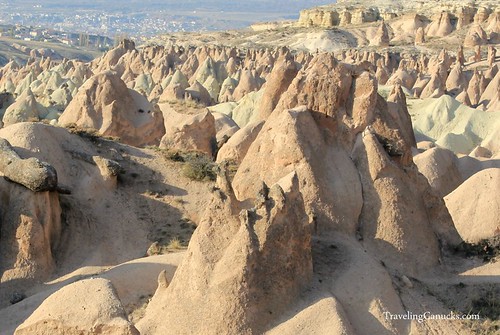 Spectacular landscapes in Cappadocia. It’s unlike any other place on earth! 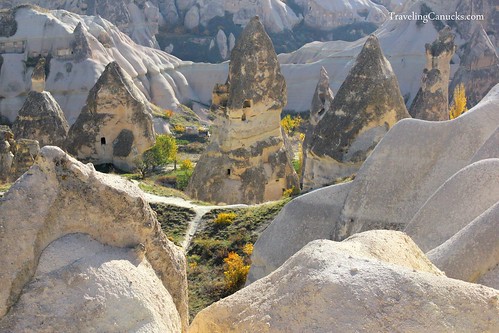 The magical fairy chimneys in the Göreme Valley.
They look like something you’d see in a Saturday morning cartoon! 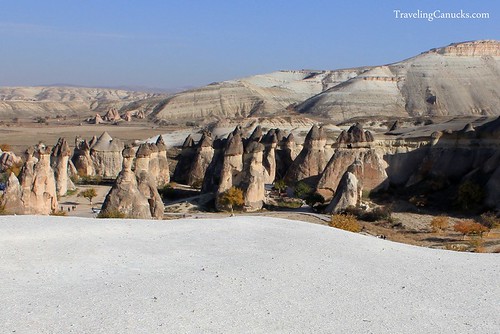 Fairy chimneys in the Zelve Valley of Cappadocia. 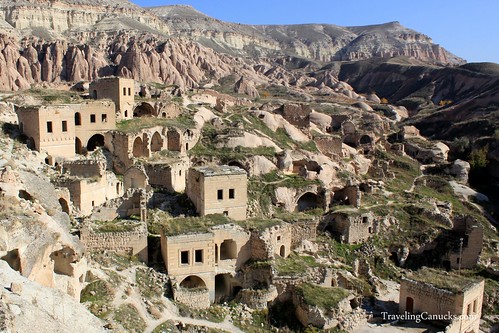 The abandoned city of Çavuşin carved into the dramatic valley. 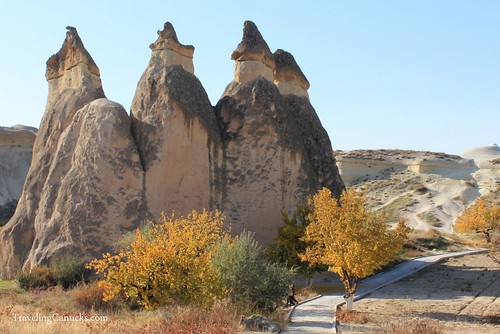 The four wise men?
After a while, the enchanting fairy chimneys come to life with personality. 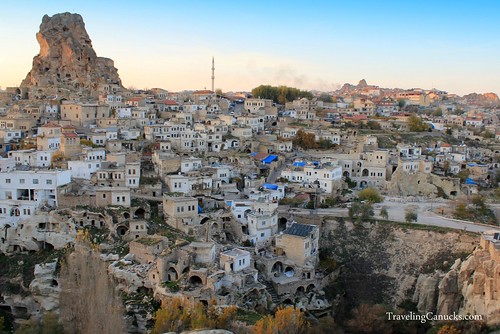 Ortahisar Castle overlooking the town of Ortahisar,
a town near Goreme and Urgup in Cappadocia. 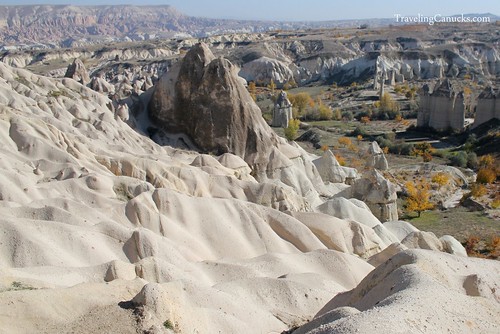 The Grand Canyon in the USA comes close,
but nothing compares to the geological formations of Cappadocia. 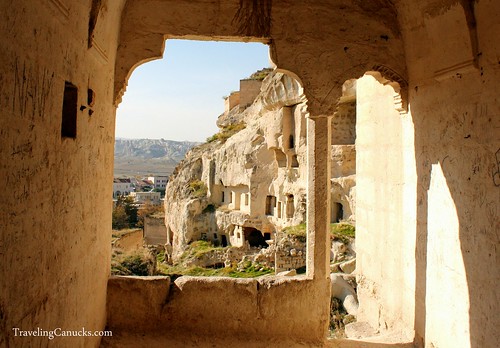 Exploring the historical cave city of Çavuşin in the Cappadocia Valley. 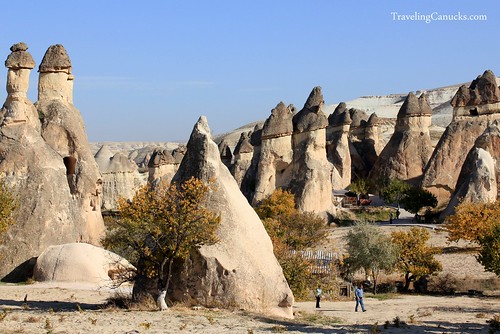 Gigantic fairy chimneys in the Zelve Valley near Çavuşin. 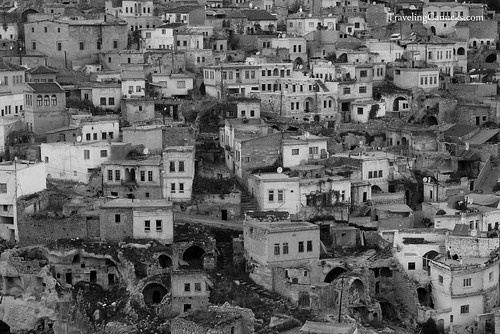 Black and White picture of town of Ortahisar, which means middle fortress in Turkish. 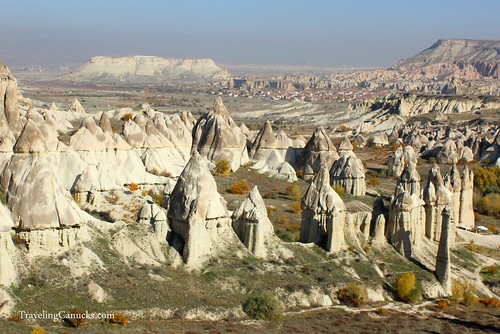 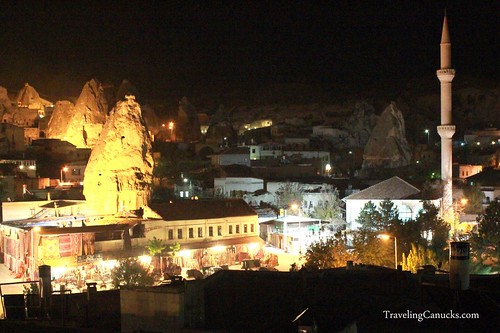 Göreme illuminated at night. The soothing Call to Prayer echoes across the valley from the tall single minaret at the mosque, adding to the captivating atmosphere.

Have you visited the Goreme Valley in Cappadocia? What did you think of the fairy chimneys?
Share your story in the comments section below!