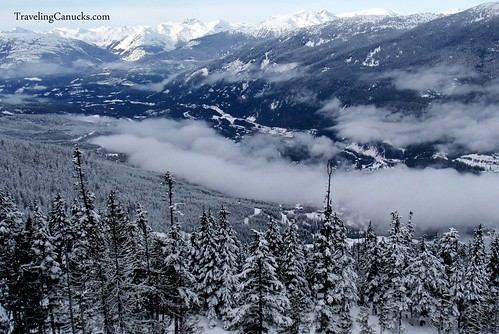 Whistler is a world class ski resort in British Columbia located about 125 km north of Vancouver. Though it has been a Canadian treasure for years, it gained huge international fame as the co-host of the successful Vancouver 2010 Winter Olympics.

Whistler has consistently been voted among the top destinations in North America by major ski magazines since the mid-1990s, attracting over 2 million people annually. By many measures, Whistler-Blackcomb is the largest ski resort in North America with over 200 runs, 39 lifts and well over 8,000 acres of terrain.

The recent addition of the record breaking Peak-2-Peak gondola now connects Whistler and Blackcomb Mountains, giving skiers and snowboarders quick and easy access to both mountains, while also creating a popular tourist attraction for those that aren’t in to mountain sports.

We’ve put together a collection of photos that we snapped this past weekend (Jan 22, 2011) while snowboarding Whistler Mountain. We were fortunate to have the morning overcast replaced by a warm, blue bird afternoon, resulting in some fantastic photo opportunities and an awesome day on the mountain! 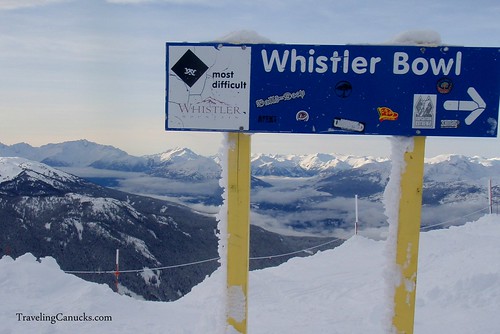 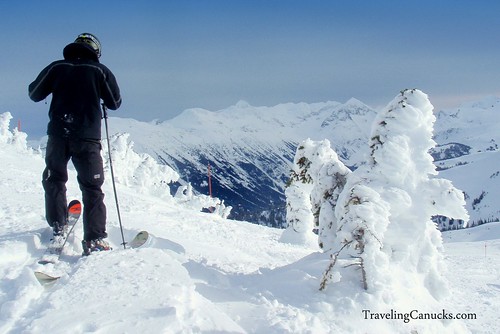 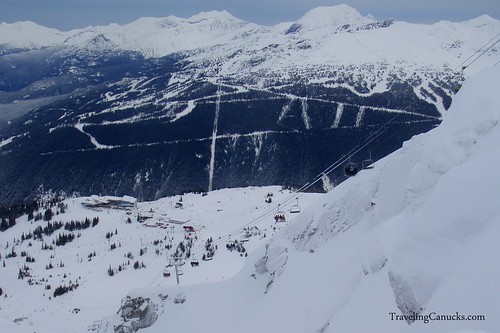 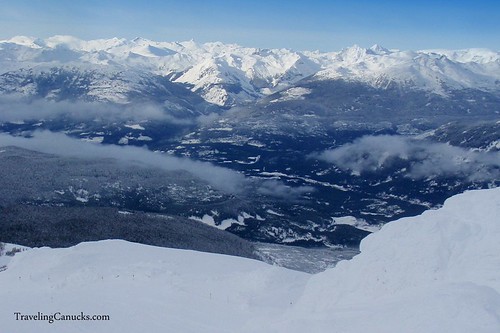 Spectacular winter landscapes from the summit of Whistler Mountain 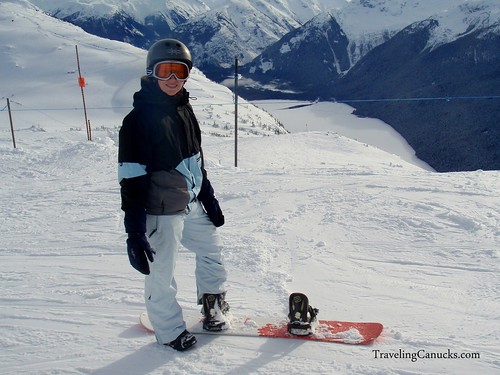 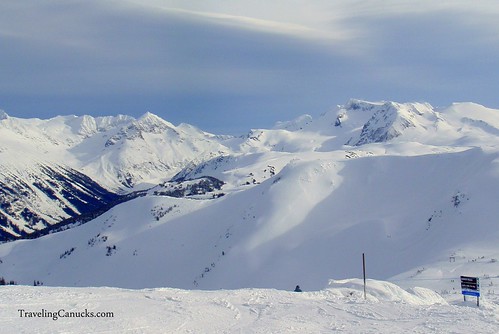 Endless beauty on a brilliant bluebird day in January 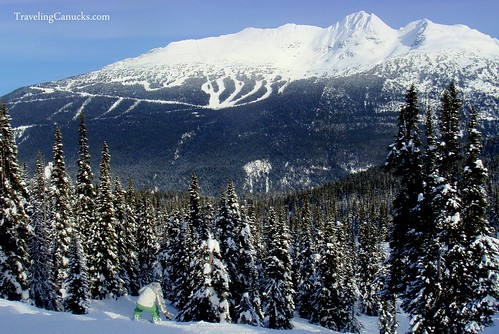 Views of Blackcomb Mountain from the Symphony Glades on Whistler Mountain 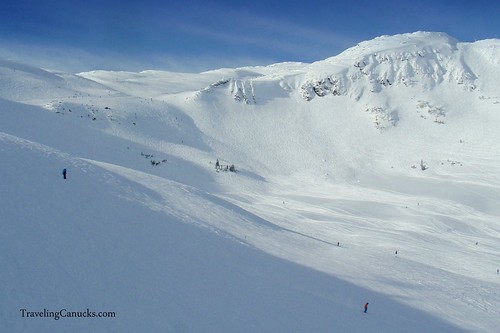 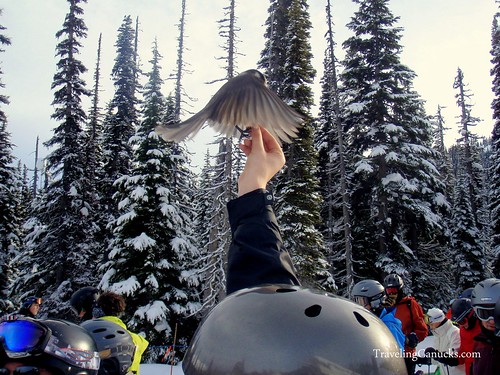 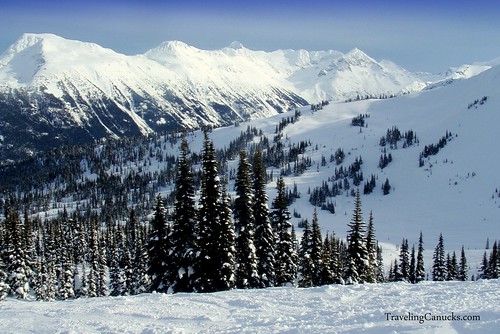 Glades on the backside of Whistler Mountain 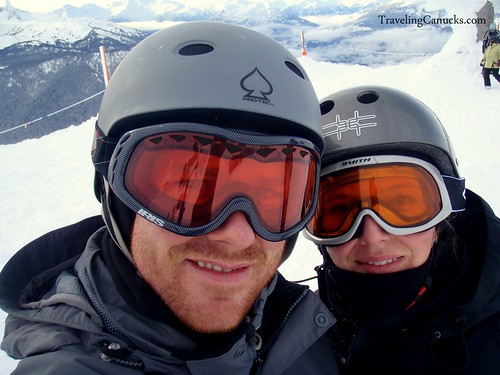 Good times at the top of Whistler Peak 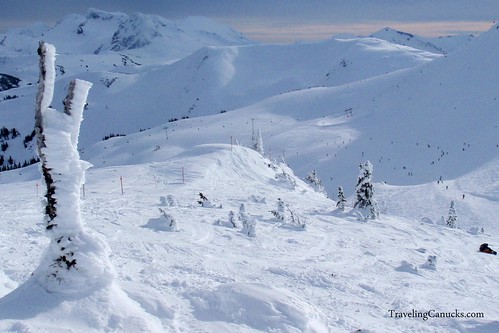 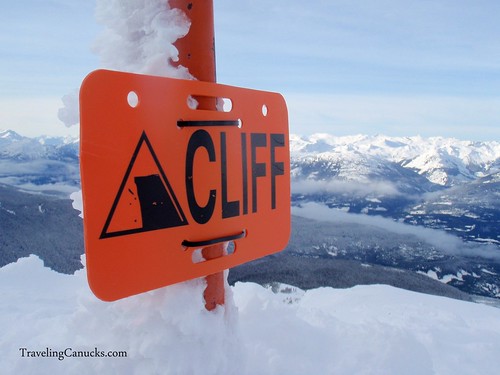 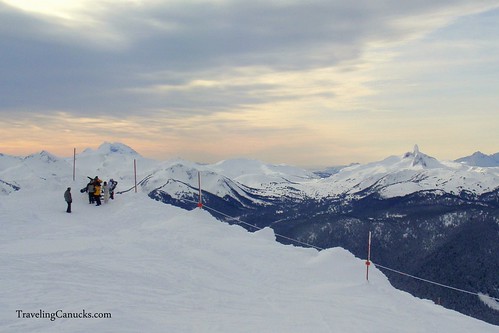 The infamous Black Tusk – far right, the pointy peak in the distance

How to do you get to Whistler?

There are no commercial airports in Whistler, so if you are arriving by plane you will need to fly into Vancouver International Airport (YVR). There are buses, taxis and limo services that can transport you from Vancouver airport to Whistler Village.

The cost to take a limo or taxi from Vancouver to Whistler will probably run you between CDN$200-$400, and that’s only one way. We recommend hiring a rental car and driving yourself, but keep in mind that most Whistler hotels charge about $20 per night for parking. The Sea-to-Sky highway that connects Vancouver to Whistler has been given a complete renovation, making it very easy to drive (plus, it’s one of the most beautiful and scenic highways in Canada!).

If you don’t have a car or vehicle, you can easily catch a comfortable bus from multiple locations in Vancouver. For more information on transportation to Whistler, visit this website – Getting to Whistler from Vancouver

Thinking about a ski trip in Whistler?

If being close to the slopes is your primary concern, many Whistler resorts have timeshare complexes that offer ski-in/ski-out access from their luxury vacation condos. You can often rent these multi-bedroom timeshare condos for about the same cost as booking multiple hotel rooms

Have you visited Whistler? Where is your favourite ski resort?
Share your feddback in the comments section below!