With our recent travels to Central America, we seem to have neglected our monthly City Spotlight Series. This month’s spotlight highlights one of the world’s oldest and most impressive cities – Istanbul, Turkey.

WHERE is it located?

Historically known as Byzantium and Constantinople, the largest and most populated city in Turkey is located on the western most point of the country. Istanbul is the only metropolis in the world that is built on two continents, the eastern part of the city in Europe and the western part in Asia.

The Bosphorus Straight splits the city, and continents, connecting the Black Sea with the Sea of Marmara (which links to the Aegean Sea, and thus the Mediterranean Sea). 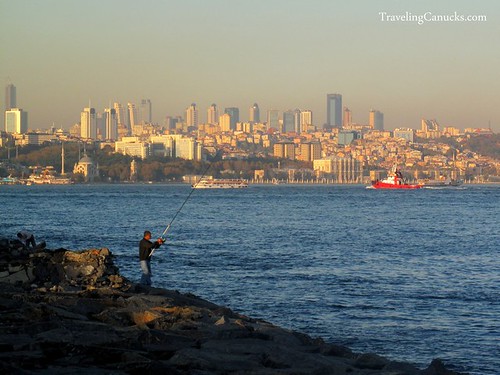 WHY should you visit?

Without trying to sound like a travel brochure, Istanbul is the perfect destination for those that enjoy food, culture, history, architecture, shopping and sightseeing. There are plenty of museums, churches, mosques and bazaars to keep visitors busy for days – we spent 6 days exploring the bustling city and still only scratched the surface!

Listening to the soothing Muslim Call to Prayer while sipping on a Turkish coffee at an outdoor cafe, it’s easy to get seduced by the city’s energy. Istanbul balances Western modernization with Eastern tradition, creating a distinct atmosphere that can only be found in Turkey.

Exquisite Ottoman mosques are sandwiched between stylish boutique shops and cozy restaurants proudly displaying giant rotating meat spits. But it’s the buzzing social scene and energetic nightlife that have given Istanbul the title of “World’s Hippest City”. Istanbul restaurants are open late, catering to the Turkish style of dining that typically spans over several hours, often including mezze (selection of small dishes) and raki (anise-flavored spirit).

To learn more about the variety of Turkish cuisine, check out our Foodies Guide to Turkish Food.

WHEN should you visit?

Istanbul has hot, dry summers and cold, rainy winters. Because of this, the best time to visit Istanbul is around spring and autumn, roughly from April to June and from September to October. Most of the unpleasant weather happens between October and March. Although it’s uncommon, Istanbul can experience snow in winter months, so pack accordingly! 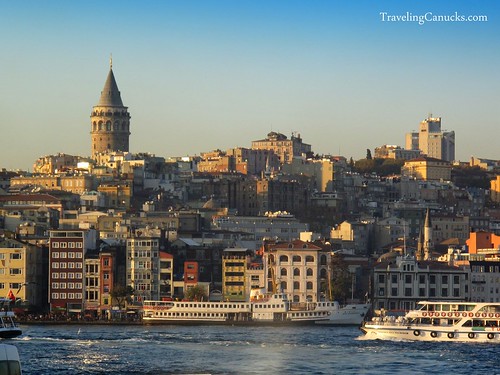 WHAT to see and do?

Even though Turkey is a Muslim country, you don’t need to travel far to find Istanbul nightlife and entertainment districts. Taksim Square, located on the European side of the city, is the major shopping, tourist and leisure district famous for its restaurants, cafes, bars and hotels. Sultanahmet is the heart of historic Old Istanbul, where you will find beautifully restored Byzantine and Ottoman buildings and the majority of the city’s celebrated landmarks.

Some of the most popular Istanbul attractions: 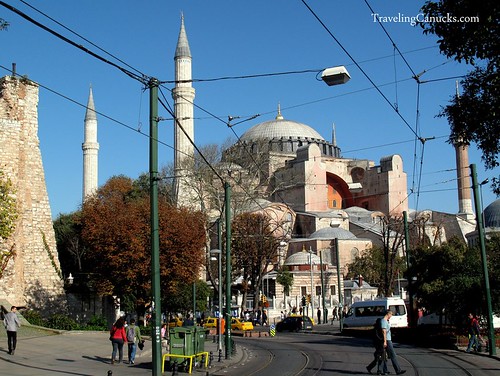 HOW to get to Istanbul?

Most travelers will arrive in Istanbul via Istanbul Atatürk Airport, 20 km west of the city centre. From IATA, it takes about 20–40 minutes depending on traffic. Travel options from the airport include taking a taxi, the light metro and the express airport shuttle bus called Havaş. The main Havaş city terminals are at Taksim Square (European side) and the Kozyatağı Business Center (Asian side).

Istanbul’s Main Bus Terminal is the Büyük Otogar, a massive station with hundreds of bus companies that run thousands of daily buses. This terminal offers bus transportation to all of domestic Turkey, plus international trips to Greece, Romania, Bulgaria and the Balkans, central Europe and the Middle East.

Most international trains arrive at Haydarpaşa Terminal, the busiest rail terminal in Turkey and the Middle East and one of the busiest in Eastern Europe.

Most visitors arriving in Istanbul will need to purchase a “sticker visa” to enter the country (essentially a tourist tax). It’s a painless process that requires little planning, but make sure you have proper cash on hand. For some reason, Canadians are charged the highest entry fee at US$60. Almost every other country only has to pay between US$15 to US$20, or nothing at all.

Taxi drivers are notorious for ripping off both locals and tourists. Public transit in the city is quite good, so plan to use it. Keep in mind, Istanbul has an extensive bus network, various rail systems, funiculars, and maritime services that transport more than 13 million residents every day. Get familiar with the transit maps and purchase the iButtons or smart RFID cards ahead of time – this will save you time and money, and it will prevent the common dilemma of not having proper change. 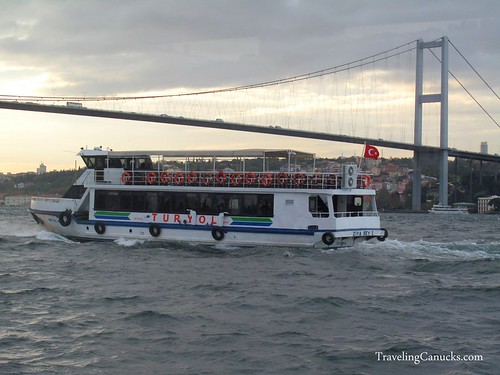 Bosphorus Cruise about to pass under the iconic Bosphorus Bridge 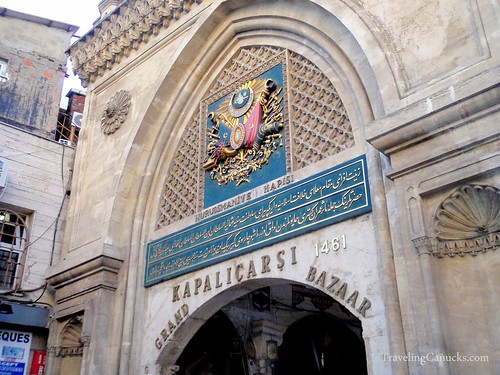 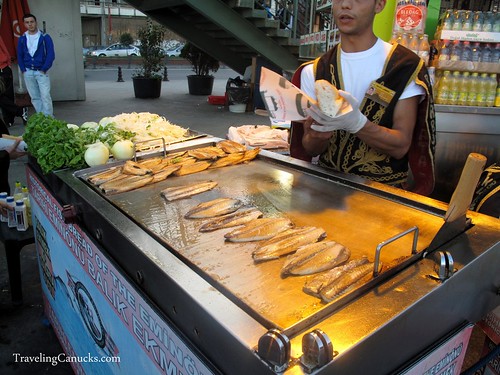 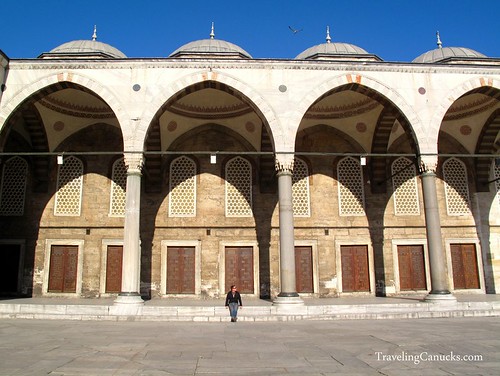 Inside the courtyard of the Blue Mosque in the Sultanahmet district 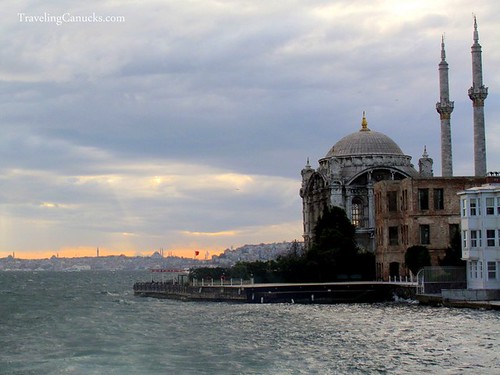 Riverside views of Dolmabahce Mosque from the Bosphorus Cruise

Have you visited Istanbul, Turkey? Care to share some travel tips with our readers?
Please share your feedback in the comments section below!