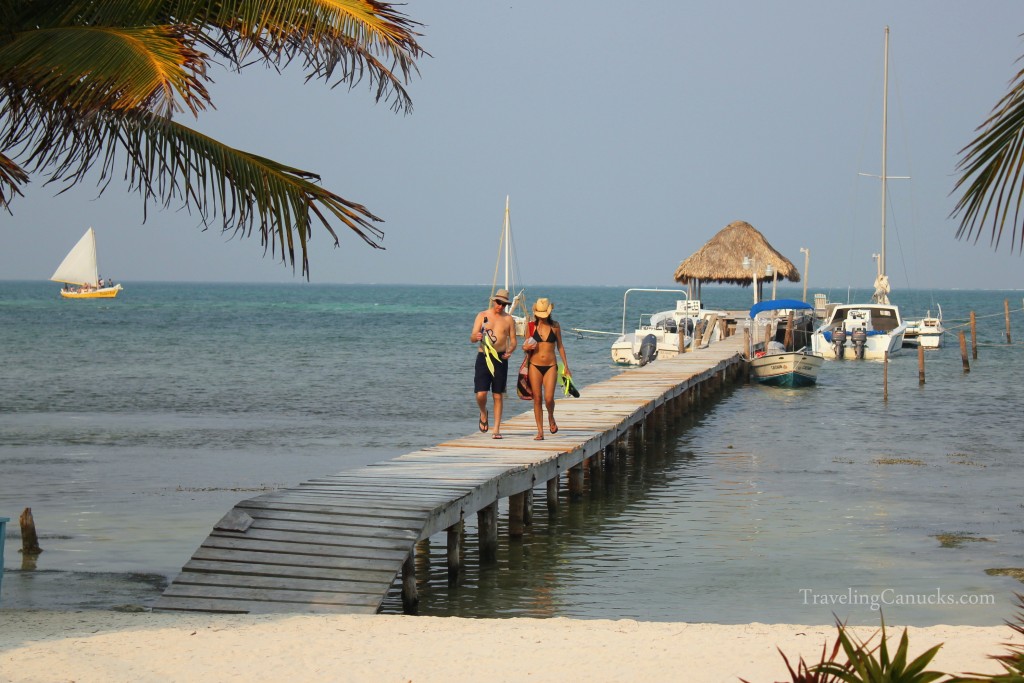 Snorkeling with Sharks, Sting Rays and Manatees in the Hol Chan Marine Reserve

No trip to Belize is complete without a visit to at least one of its Northern Cayes in the Caribbean – either Ambergris Caye or Caye Caulker (or both if you have enough time!).

Being the second largest reef system in the world, it’s no surprise that snorkeling and scuba diving the Belize Barrier Reef is the top attraction for visitors to the chilled out islands. The most popular snorkeling excursion in the Belize northern cayes is the Hol Chan Marine Reserve and Shark Ray Alley.

We were fortunate to have teamed up with Tsunami Adventures prior to our arrival to Caye Caulker. As you can see in the short video, our snorkeling trip was filled with marine wildlife and colourful soft coral reef.

After an unsuccessful attempt at swimming with whale sharks in Placencia, we were pretty excited to have witnessed a pair of manatees swimming in their natural habitat.

With a face like a bulldog, body like a sea lion and a tail that is flat like a beaver, the cute and fat manatees spend most of their day resting on the sea floor, surfacing for air every 15 minutes (which is the best time to spot them). They are without question the most unique marine mammal we have ever seen.

The visibility of the water near the manatees was quite cloudy, but we did manage to catch one good photo with our underwater camera.

If you’re in Caye Caulker and looking for an adventure, check out Tsunami Adventures and tell them that the Traveling Canucks sent you!

Do you like snorkeling or scuba diving? Where are your favourite spots?
Share your experiences in the comments section below

Editor’s Note: Our snorkeling trip with Tsunami Adventures was complimentary, however the thoughts and opinions shared in this post are entirely our own