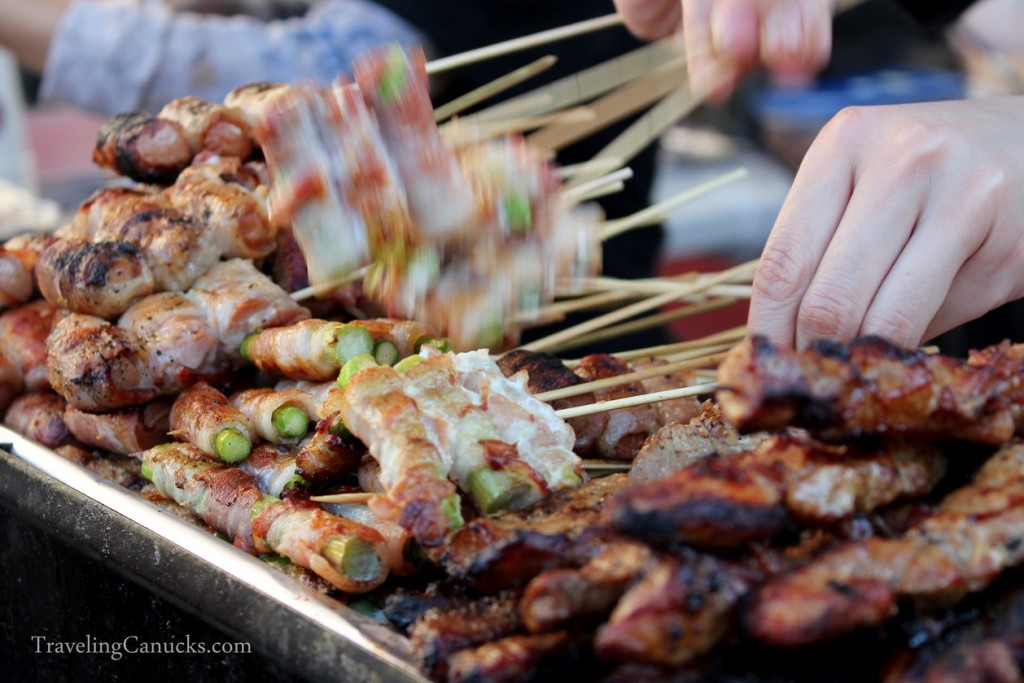 We’re big fans of the outdoor markets in Southeast Asia, so when the annual Vancouver Summer Night Market opened its doors in 2008 we put it on our list of things to do in Vancouver. After 3 years of putting it off, we finally made it out to the increasingly popular market last weekend.

Although the open-aired Asian-style market hosts several vendors that sell a variety of inexpensive items, the real draw to the market is its diversity of mouth-watering Asian cuisine.

We arrived at the market just as its doors opened to the public, which turned out to be a wise decision because parking quickly became a nightmare. We brushed past the tacky souvenirs and mobile phone accessories and headed straight for the market’s star attraction – the food!

Dozens of welcoming merchants shouted out their daily offerings as we sized up their enticing menus. Clouds of smoke spit out from the makeshift kitchens as the assortment of freshly prepared meat skewers sizzled on the open grills. 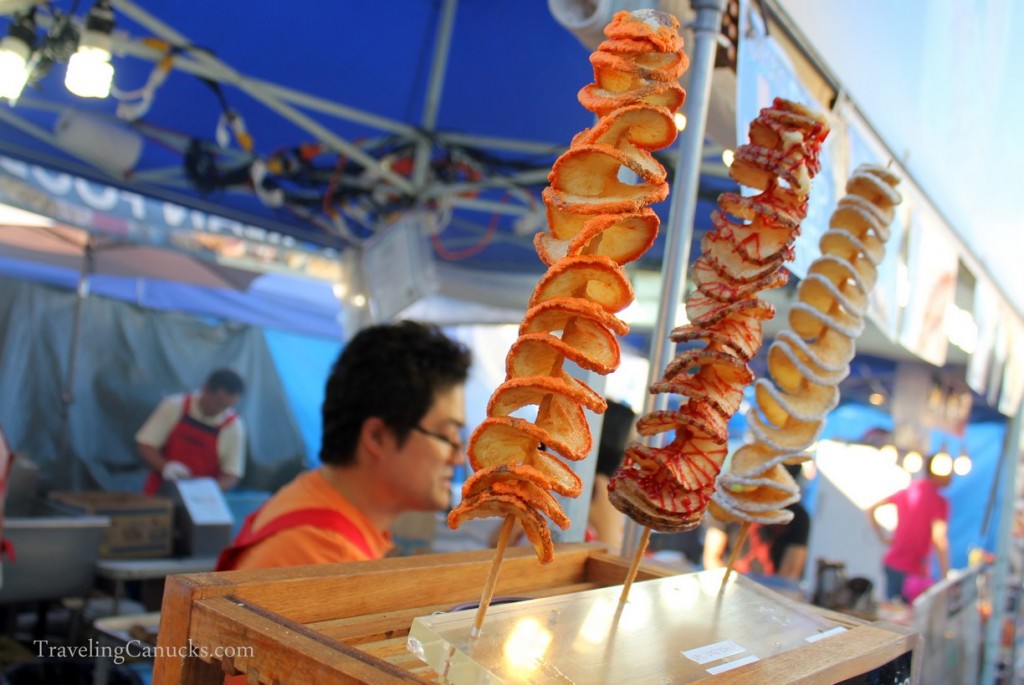 The Potato Hurricane, a unique take on the deep-fried potato.
It’s probably the most popular item at the market 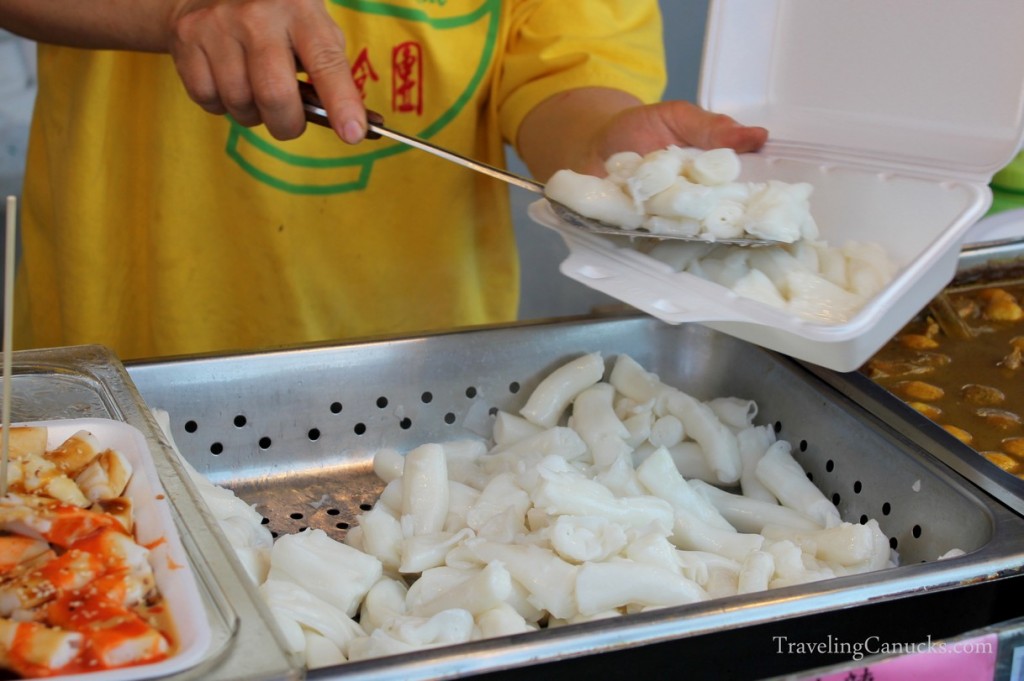 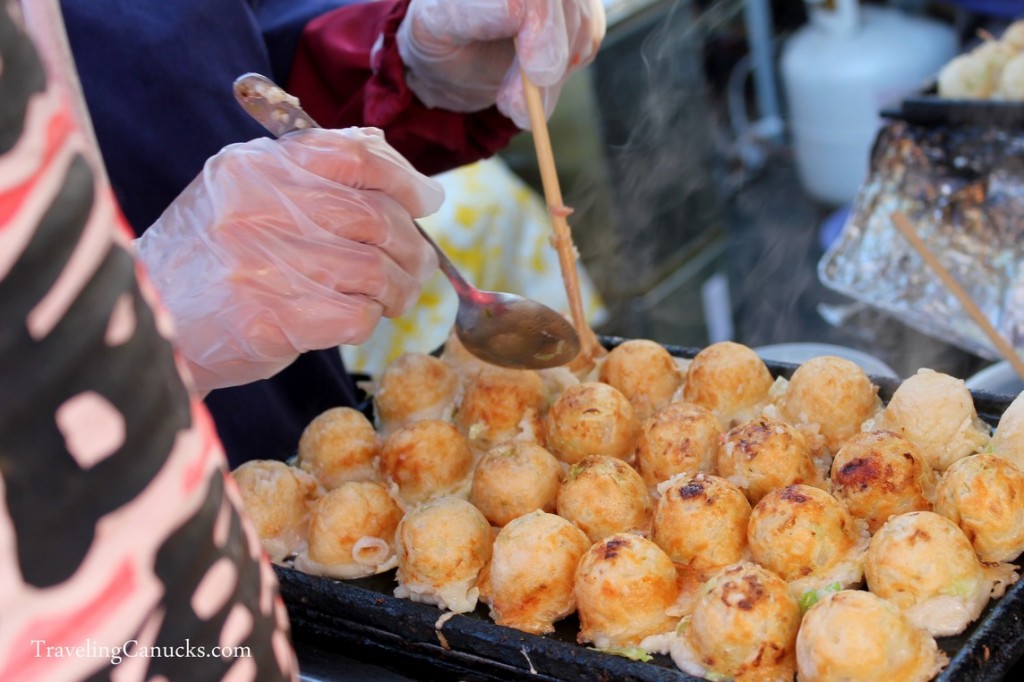 Takoyaki served with Yakisoba noodles, garnished with a variety of sauces, herbs and shaved dried fish 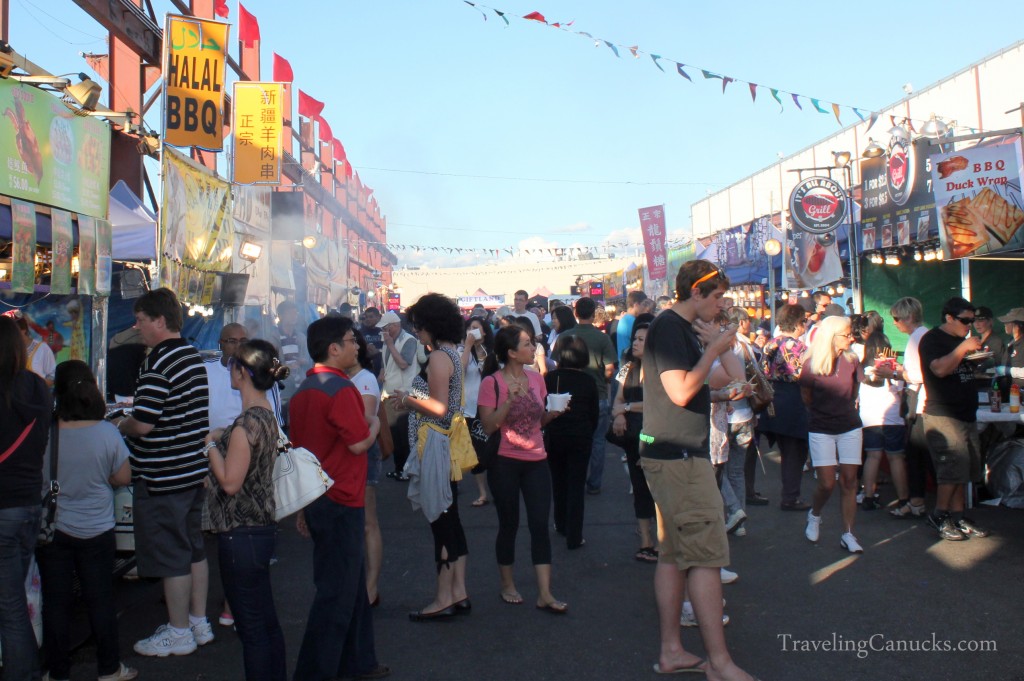 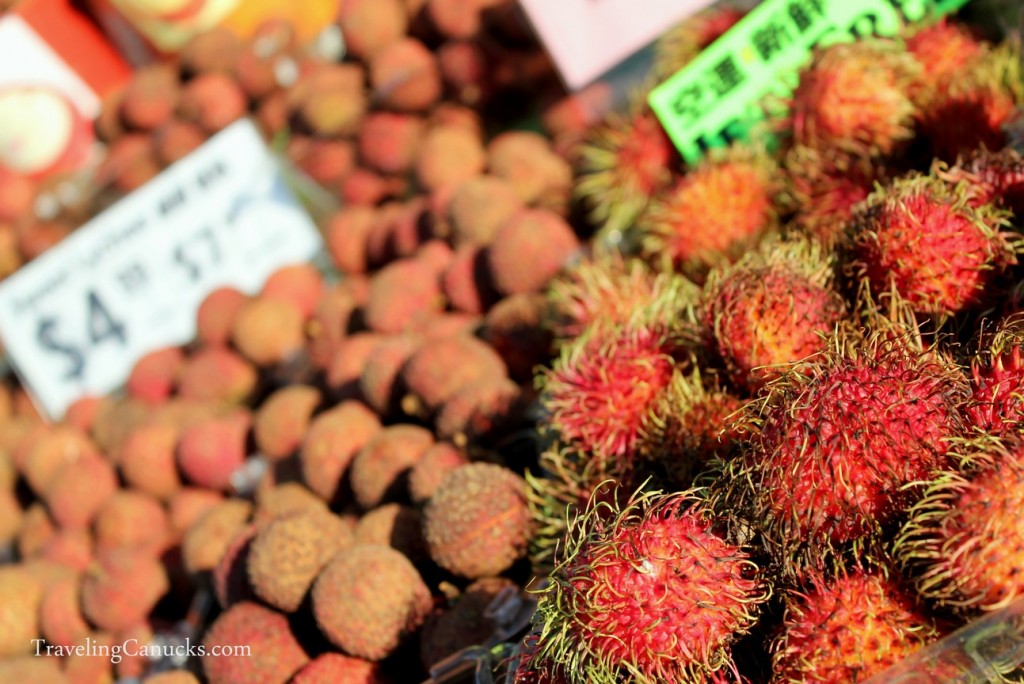 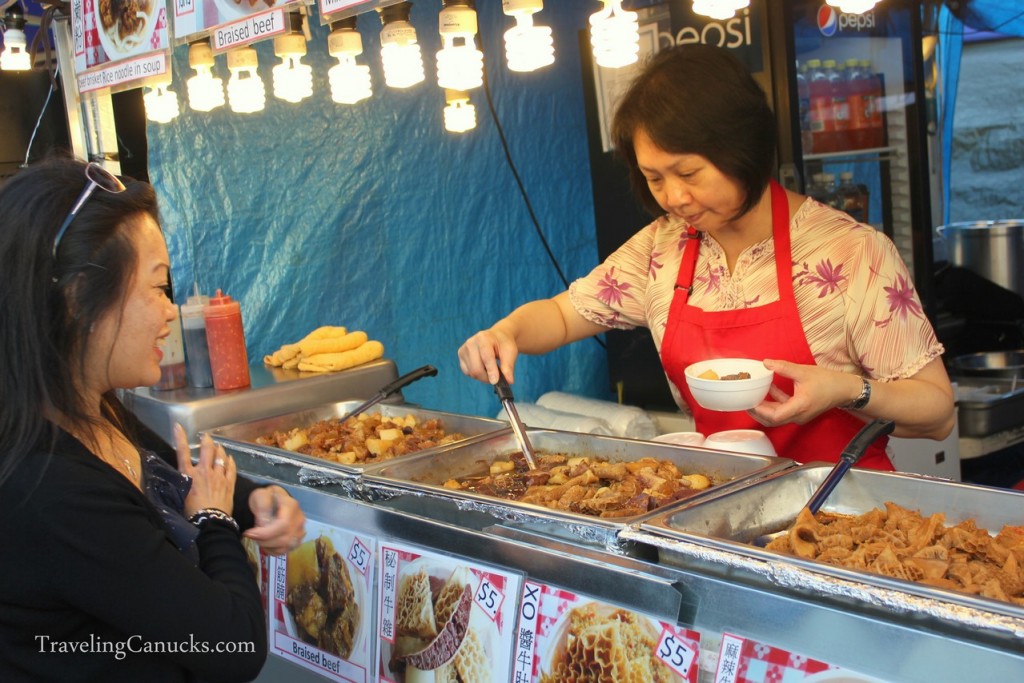 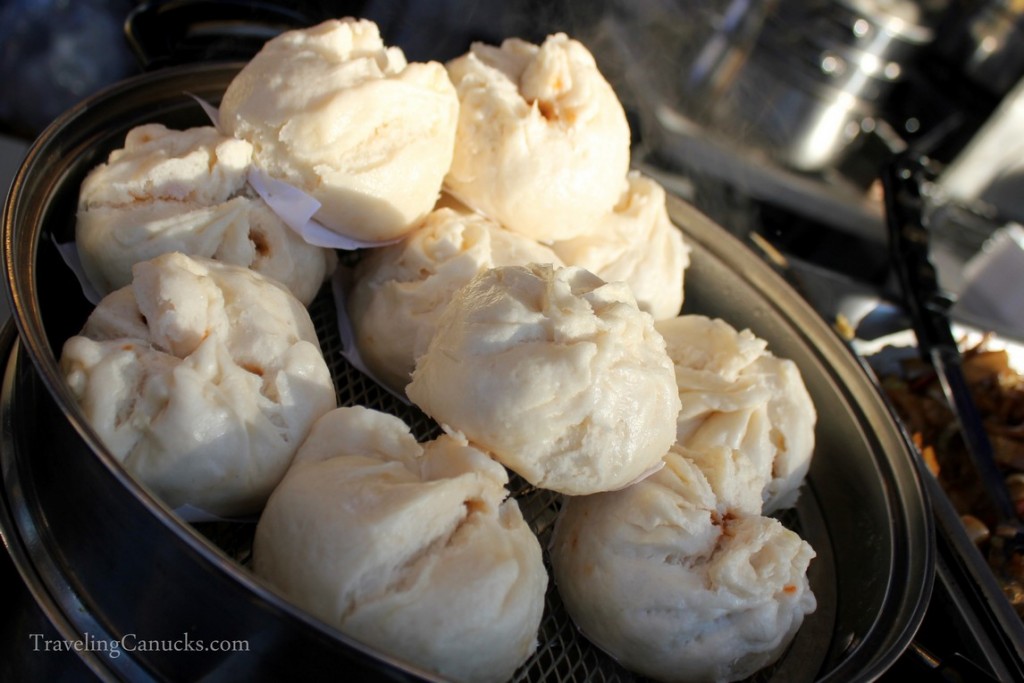 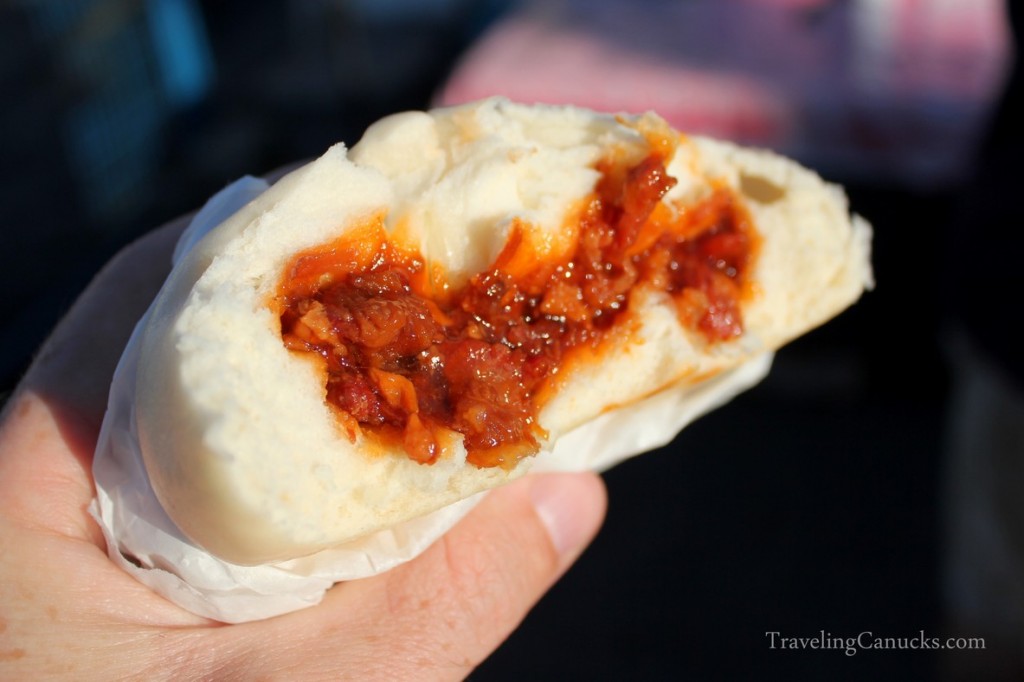 Delicious sweet and sour pork buns – surprisingly, a favourite taste of the night 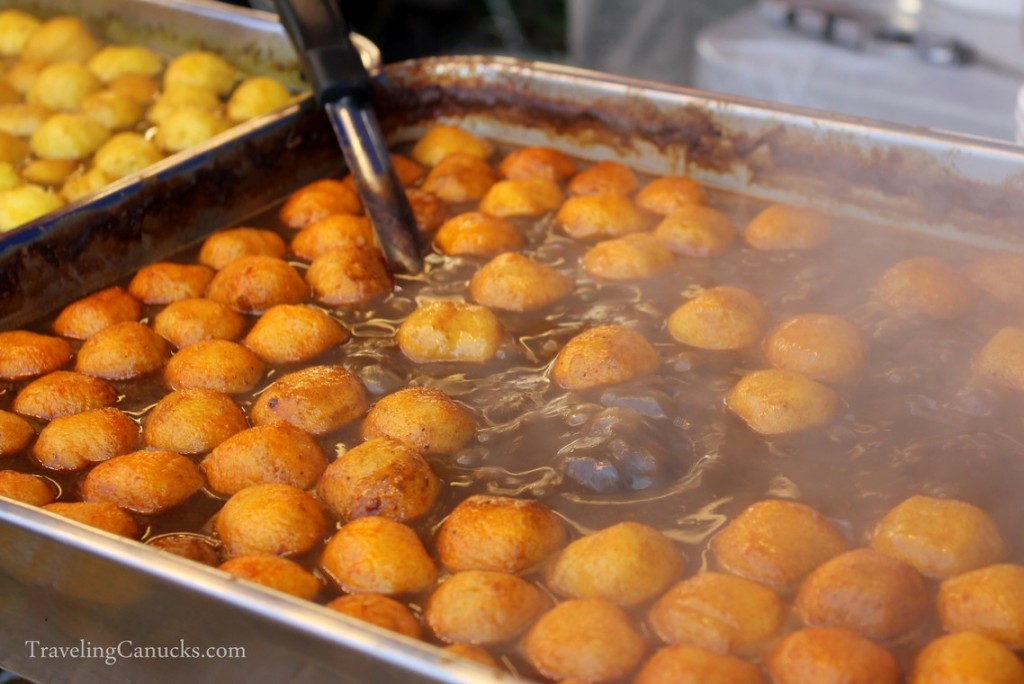 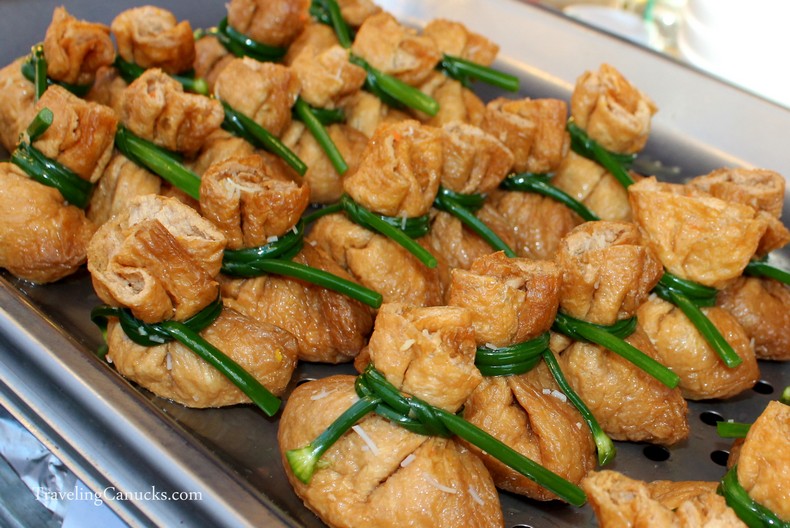 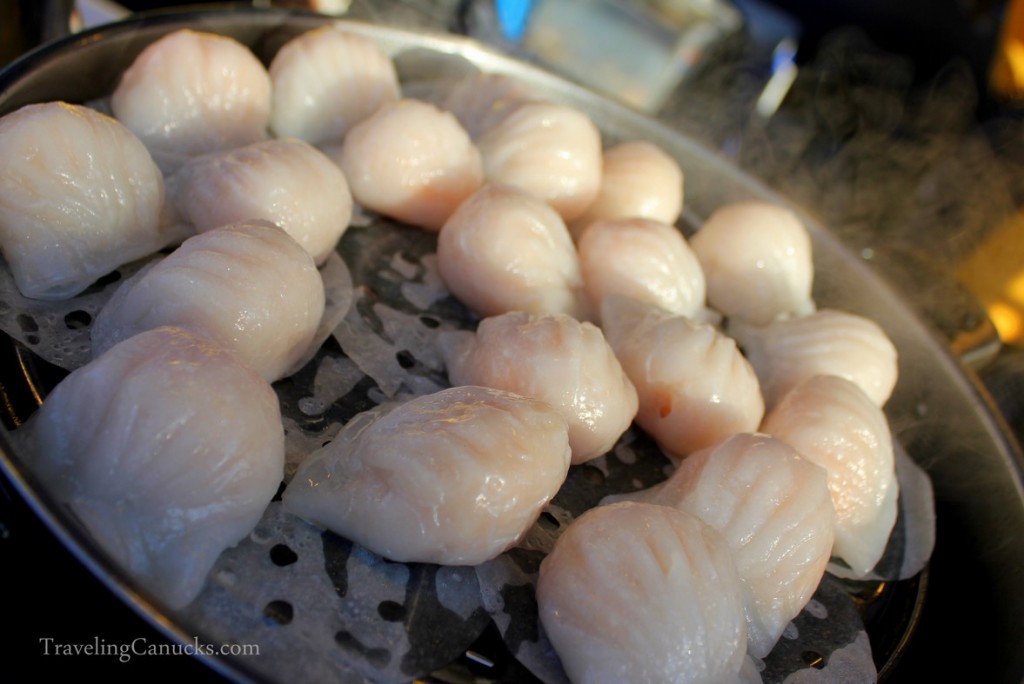 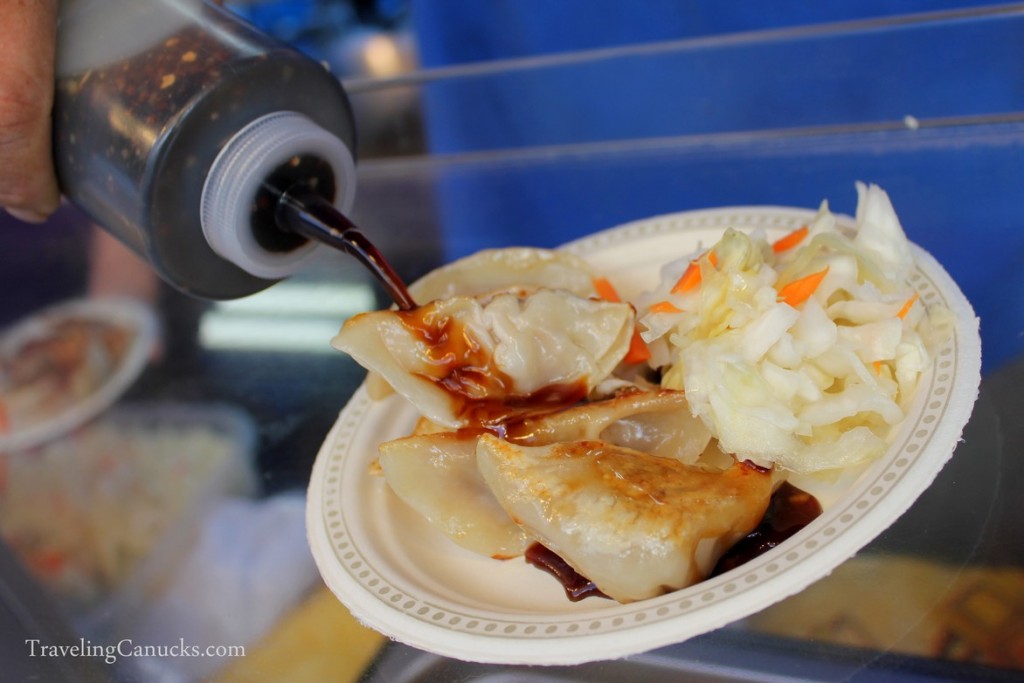 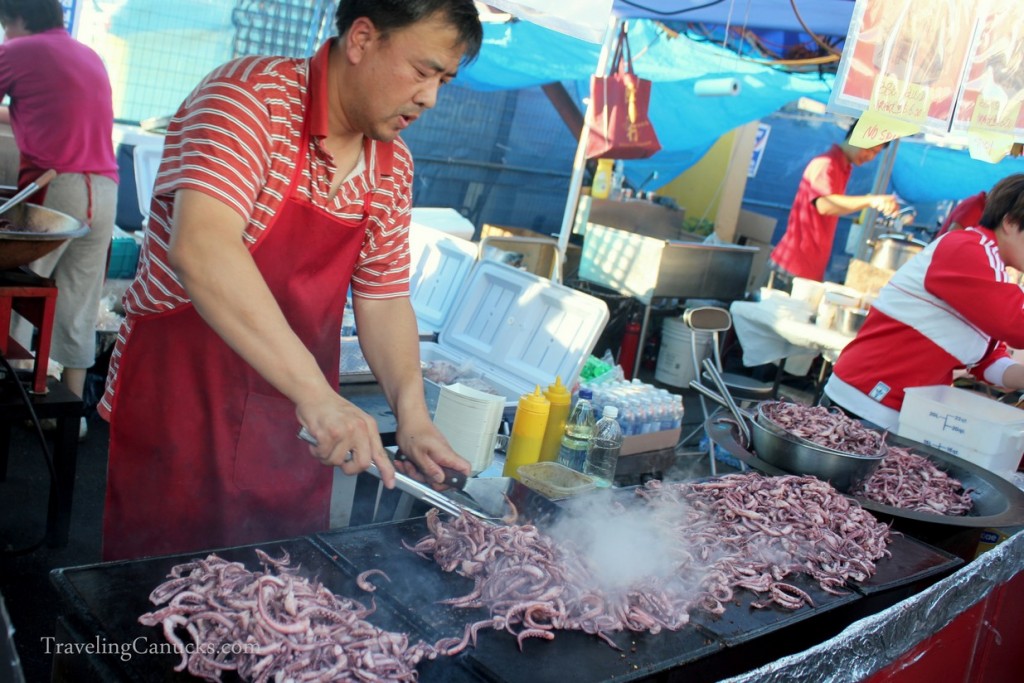 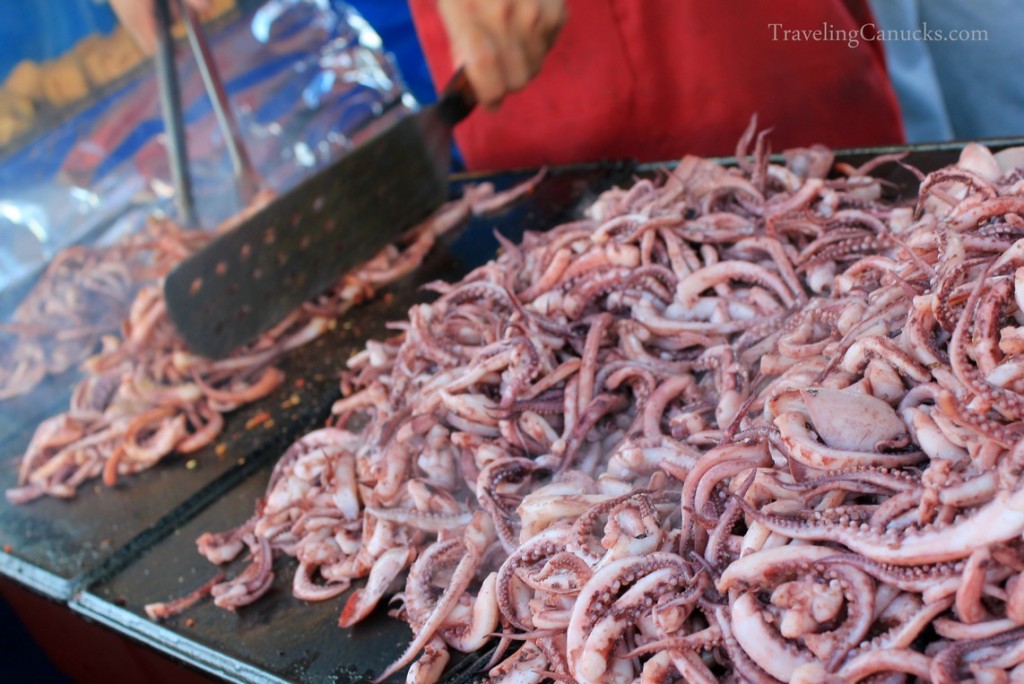 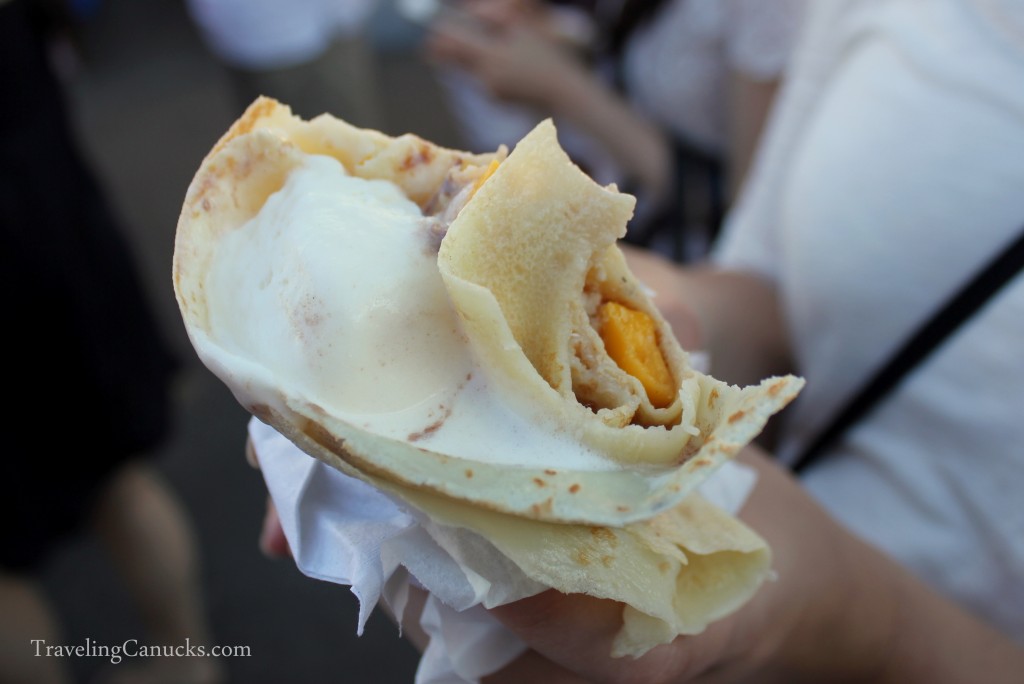 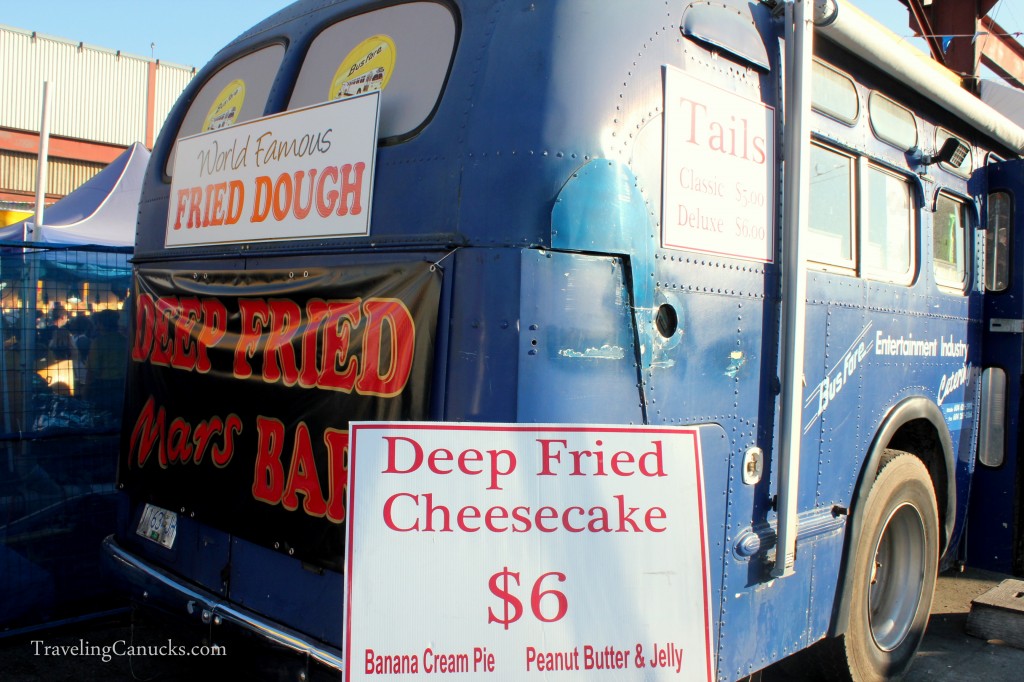 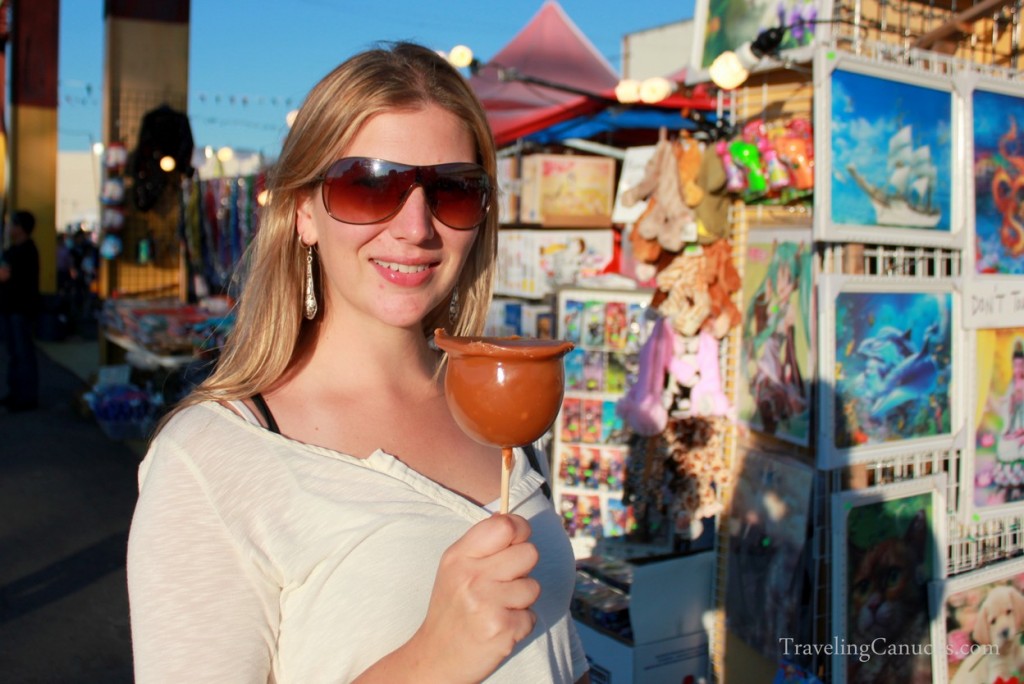 The Vancouver Summer Night Market is a great place to spend a few hours on a summer evening. We liked that there is no entrance fee or tickets required, which also makes it a good last minute option for those nights that you’re looking for something to do.

What to expect at the Vancouver Summer Night Market