As the end of 2011 fast approaches, waves of year-end reviews have been circulating the travel blog community. There have been countless adventures by hundreds of travel bloggers, each special and unique in their own way.

But there were a few adventures that stood out from the rest (at least in our minds). We’ve highlighted 19 epic adventures taken by travel bloggers during the past year.

Perhaps one of these adventures will inspire your travels in 2012! 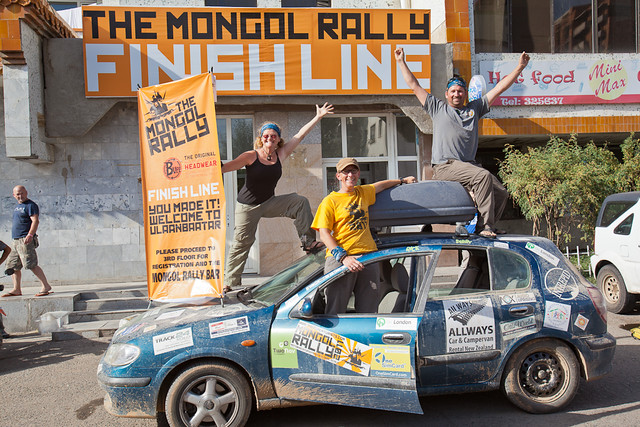 Dave and Deb of The Planet D, Rick Griffin of Midlife Road Trip and Sherry Ott of Ottsworld formed the Social Media Syndicate and took on one of the most epic travel blogger adventures of 2011, the Mongol Rally. For those unfamiliar, the Mongol Rally is an unsupported road rally from London, England to Ulaan Baatar, Mongolia, crossing 15 Countries and over 9,000 miles (14,500 km). Read more about the adventure here.

Michael of Go, See, Write, Nora of The Professional Hobo and Jeannie of Nomadic Chick took on the Ultimate Train Challenge, a 30-day train only journey from Lisbon, Portugal to Saigon, Vietnam. Find out who won the challenge here.

Getting Shipwrecked in Indonesia

Okay, perhaps being shipwrecked is not the best way to experience Indonesia, but it did make for a heart stopping adventure that Kate, from Adventurous Kate, will not soon forget. Read about the surreal, and potentially deadly, experience here.

Walking with Cheetahs in Zambia

Marcello of Wandering Trader has been on countless adventures in 2011, so it was difficult to choose just one. Aside from feeding a hyena with his mouth in Ethiopia, one of the coolest things he did in Africa was walk with a group of cheetahs.

Snorkeling with Beluga Whales in Manitoba

Ayngelina of Bacon is Magic was involved in one of the most unique adventures of 2011, snorkeling in the extremely frigid waters of Northern Canada in search of beluga whales. Yes, you heard me correctly – beluga whales! Read more about this rare adventure here.

Craig from y Travel Blog had the amazing opportunity to attend the Great Crusade tour of New Zealand, an ultimate supporters tour that followed Australia’s Rugby team, the Qantas Wallabies, at the 2011 Rugby World Cup in New Zealand. Read more about his epic adventure here. 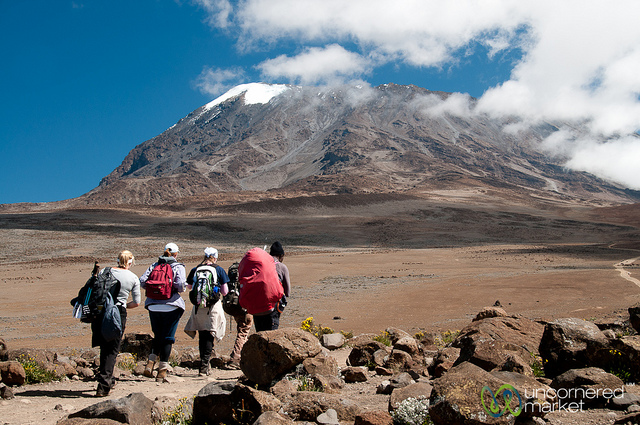 Dan and Audrey from Uncornered Market strapped on their hiking boots and partnered with GAP Adventures to tackle Africa’s highest peak, trekking to Mount Kilimanjaro’s summit. Read about their rewarding adventure here.

Sophia and Nathan from As We Travel took the challenge and visited 30 European countries in only 90 days, quite the accomplishment! They did a great job filming their European adventure and put together a fun mini-series of videos. Watch their videos here.

Croatia to Sicily: The Blog Trail

Sticking with the theme of trains and Europe, Pete and Dalene from Hecktic Travels took a break from house sitting to travel from Croatia to Italy with a sponsored rail pass from EuRail. Being Canadians that love hockey, we were happy to see that they attended a professional hockey game in Slovenia. 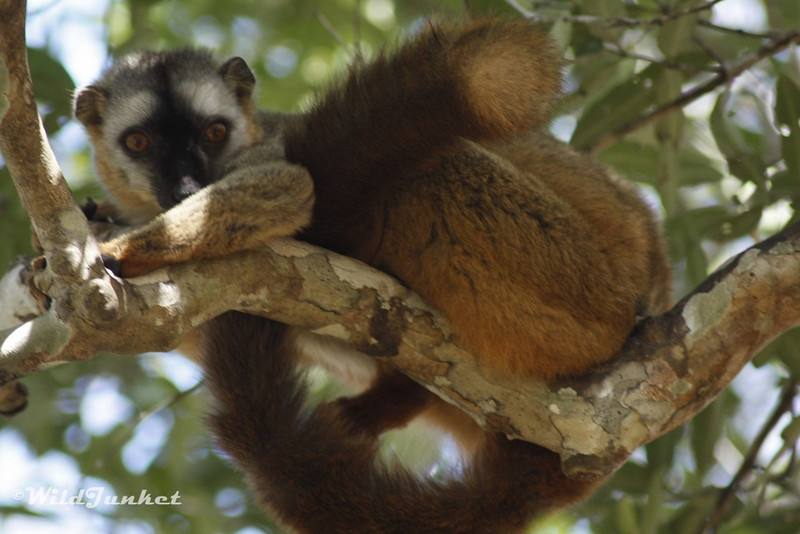 Exploring the Wild of Madagascar

Nellie of Wild Junket experienced one of our world’s most unique islands. Located off the southeast coast of Africa, Madagascar is the only place on earth to find lemurs, chameleons and ferocious fosas, as well as bizarre-looking baobab trees and spiny forests. Read about her wild adventure here.

Earl from Wandering Earl partnered with Eurail in September and traveled from Zurich to Transylvania, discovering the ruins of war in Bosnia and Herzegovina and falling in love in Ljubljana. Read more about his adventure here. 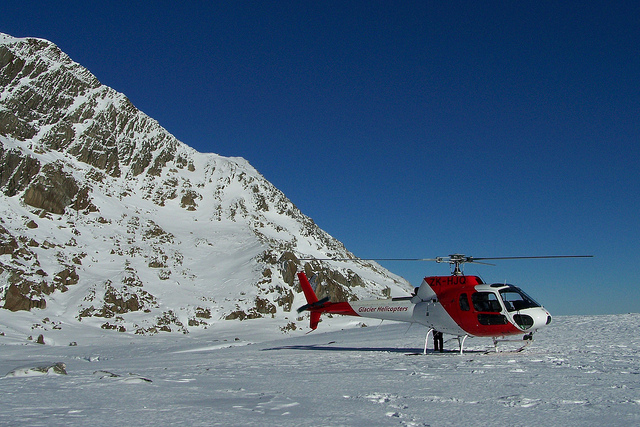 Landing a Helicopter on a Glacier in New Zealand

Matt from Landlopers had a real life IMAX experience when he flew over Mount Cook and Franz Joseph Glacier in a helicopter, touching down on the snowy glacier (we had a similar experience in Queenstown). Check out his awesome video footage here.

Amanda from A Dangerous Business spent her summer road tripping across the United States, traveling more than 6,500 miles across a dozen states, including the Grand Canyon, Monument Valley and the Cadillac Ranch.

Travel the length of Vietnam on a Motorbike

Ant and Elise of Positive World Travel jumped on a motorbike and traveled from the North to the South of Vietnam, covering over 3,500km in two months. They enjoyed the adventure so much they even wrote a book about it! Read about their adventure here. 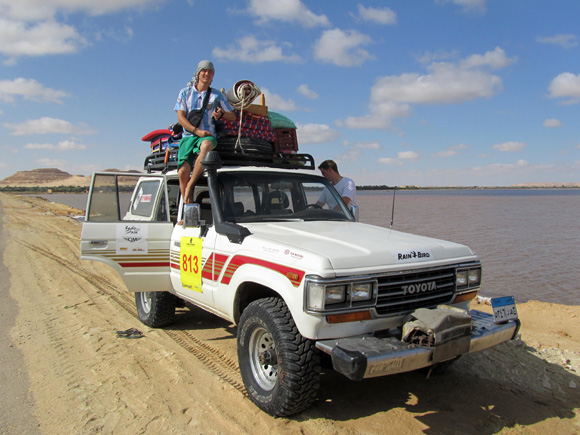 Jeep Safari through the Sand Sea of Western Egypt

Mark from Migrationology had an incredible time touring the giant sand dunes and rugged landscapes of Western Egypt in the back of a speeding land cruiser. Check out his fantastic collection of photos here.

John and Andrea of Inspiring Travellers spent a week trekking through the spectacular landscapes of Torres del Paine in Patagonia, including a boat trip to see the stunning blue ice of Grey Glacier. Read more about their adventure here. 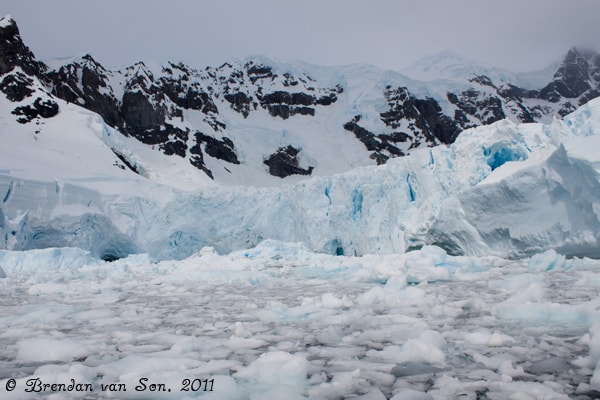 Playing with Penguins and Swimming in Antarctica

Brendan from Brendan’s Adventures fulfilled a lifelong dream earlier this year, photographing the raw natural beauty that is Antarctica. The crazy Canadian even took the plunge and went swimming in the frigid Antarctica waters. Watch a video of his adventure here.

Bicycle from Alaska to Argentina

Talk about an EPIC adventure! The Vogel family bicycled from Alaska to Argentina, cycling 17,300 miles in nearly three years, reaching the southernmost tip of South America in March 2011. Davy and Daryl now hold the world record as the youngest people to cycle the Pan-American Highway. Read more about their adventure here.

What was your Epic Adventure of 2011?

Share your experience in the comments section below. Feel free to leave links, we’d love to read about it!