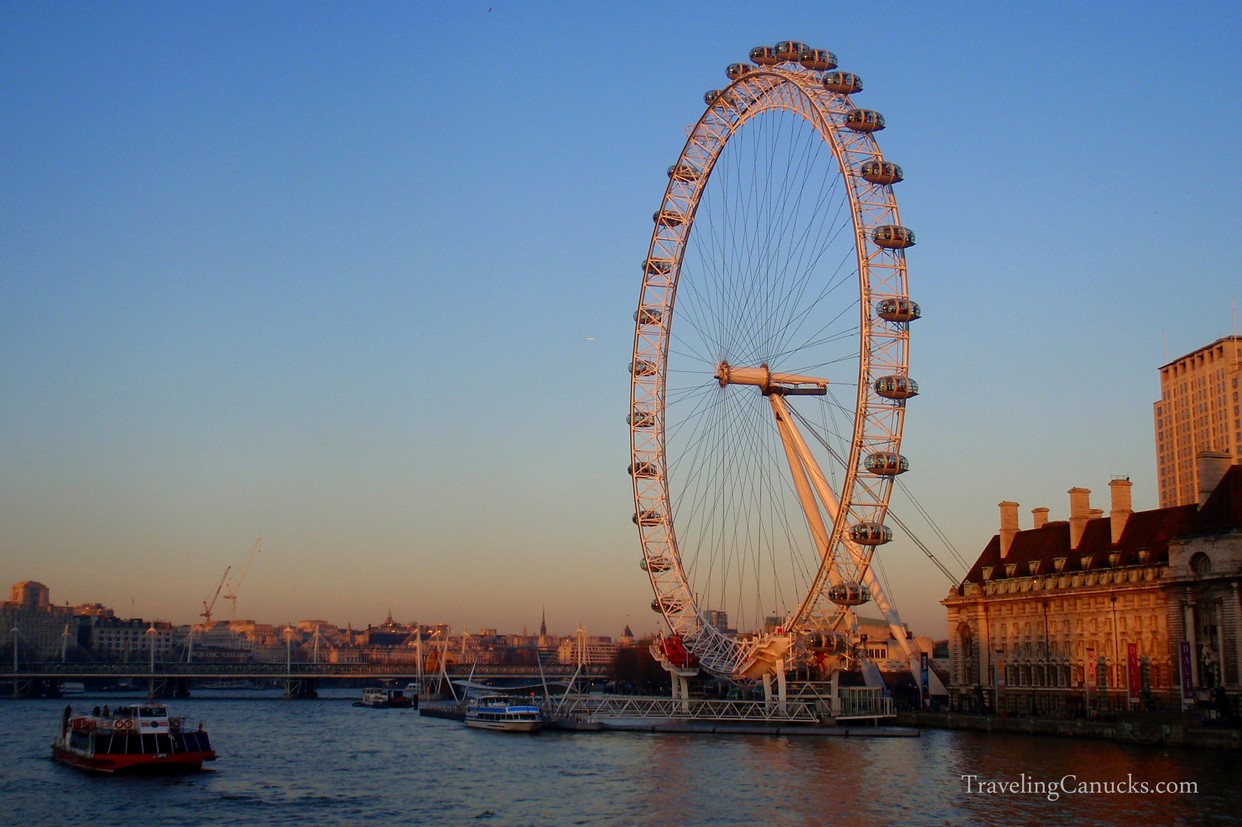 Photos from a day of sightseeing in London, England

After publishing our recent photo essay from London, we were left with a few photos that we felt were still “photo blog worthy”. Rather than let the photos go unnoticed, we decided to share these photos and create a “part 2”.

There’s good reason why London always makes the list as one of the world’s greatest cities. The historical city blends modern development with its medieval past, offering snap-happy tourists endless sightseeing opportunities. 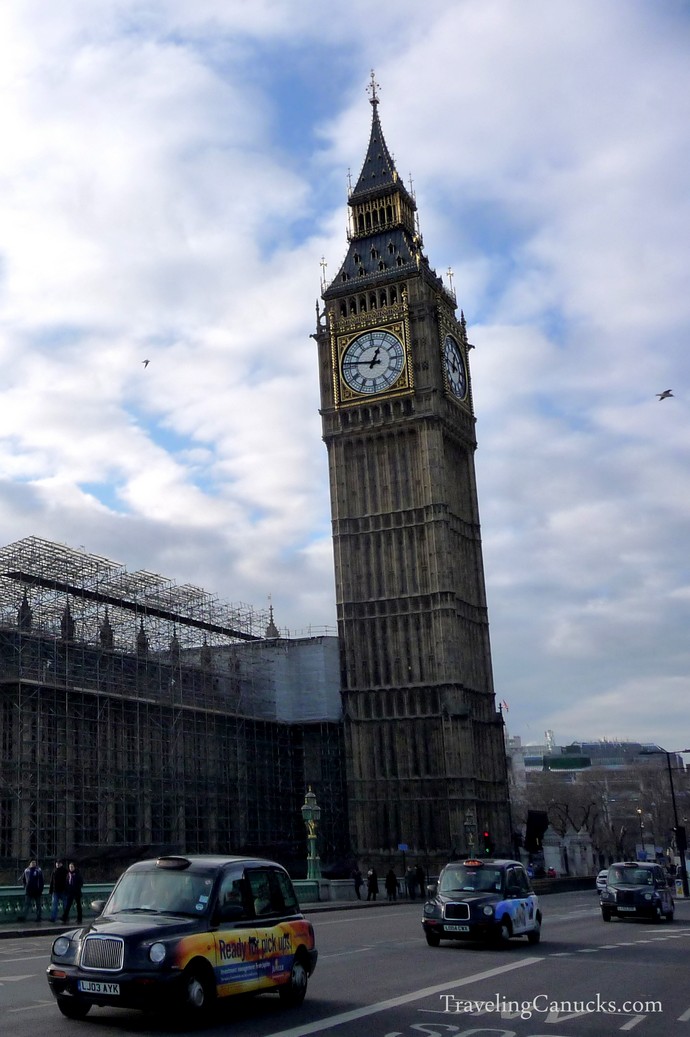 Trio of taxis passing in front of Big Ben 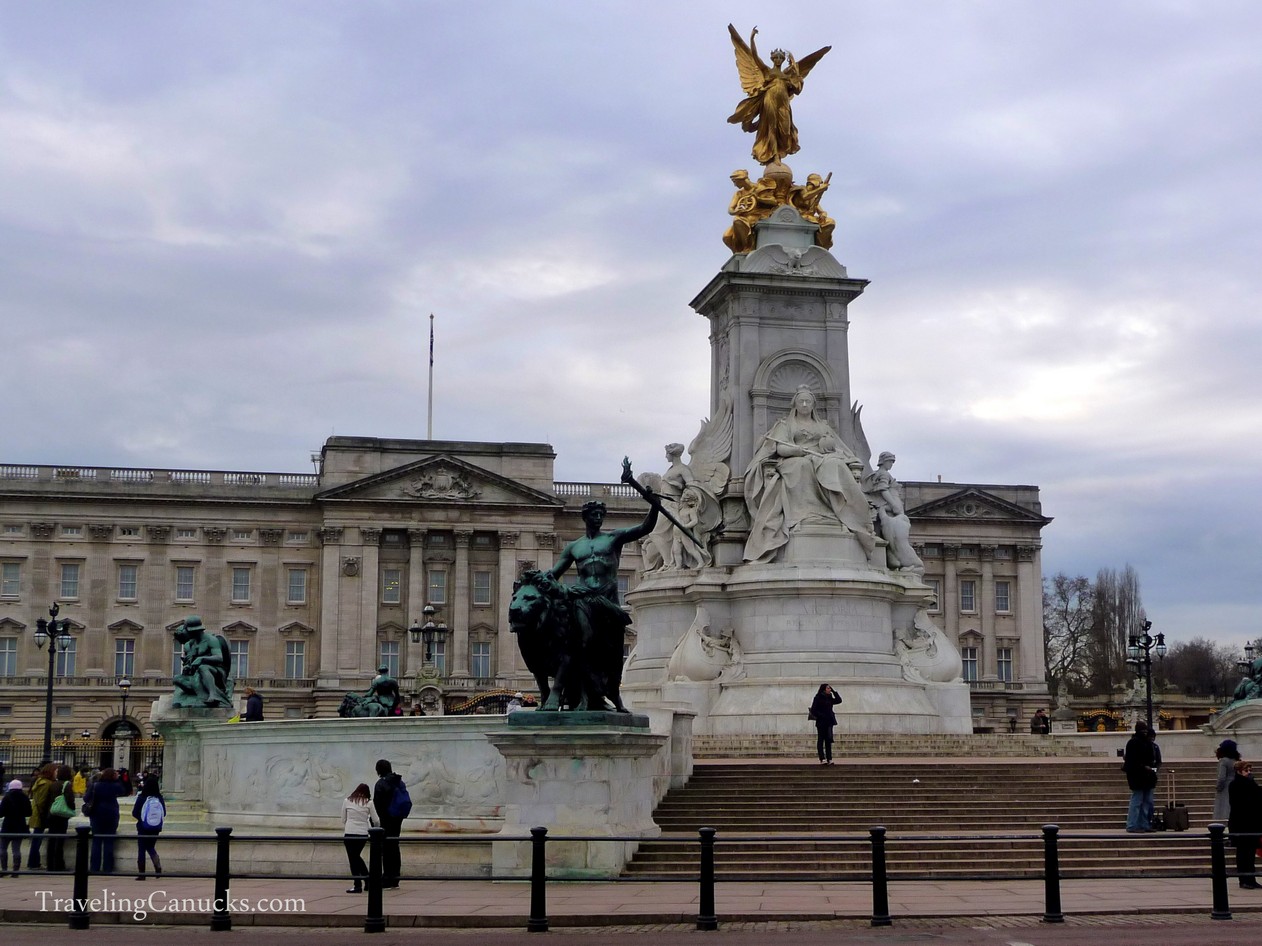 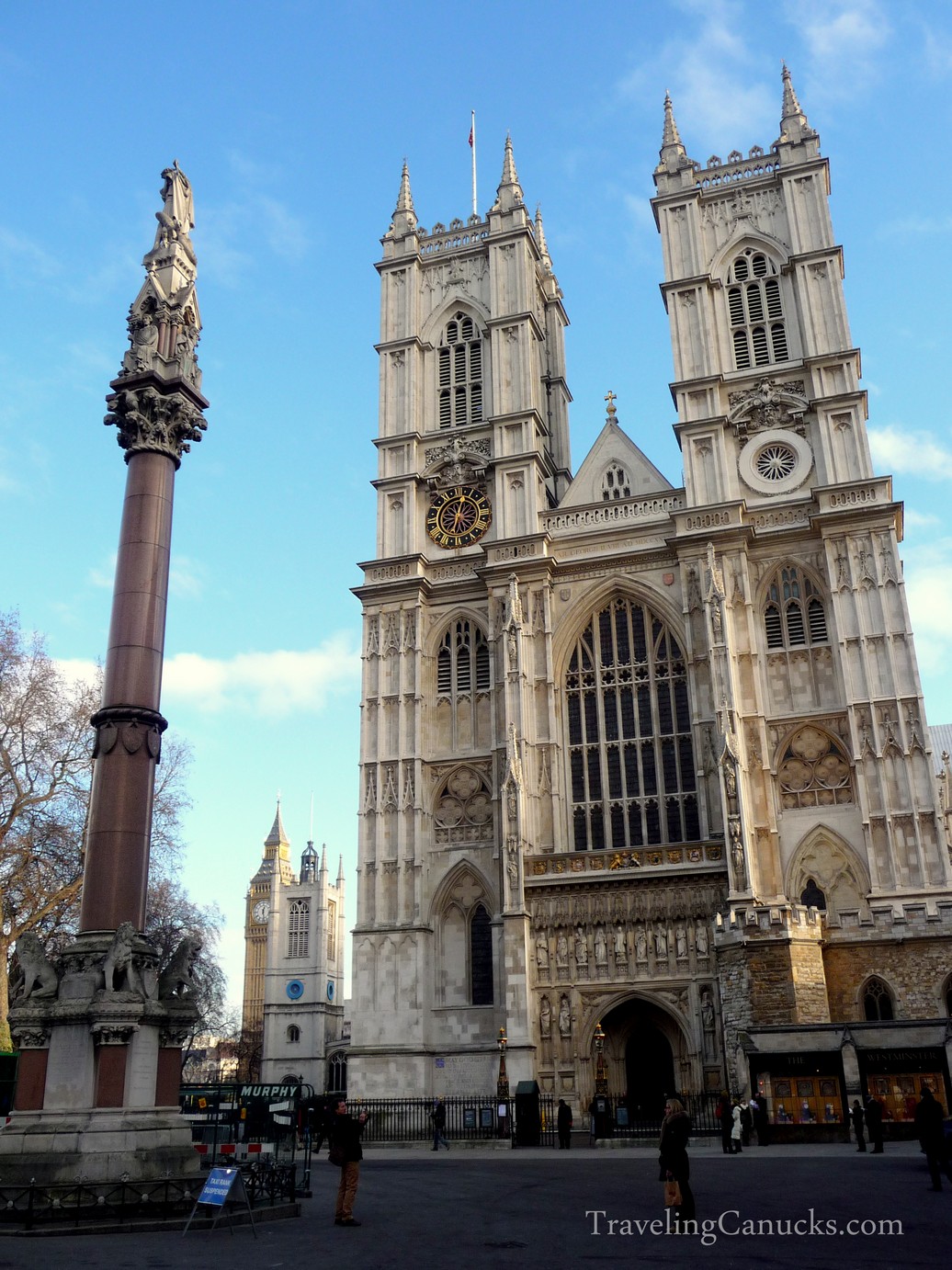 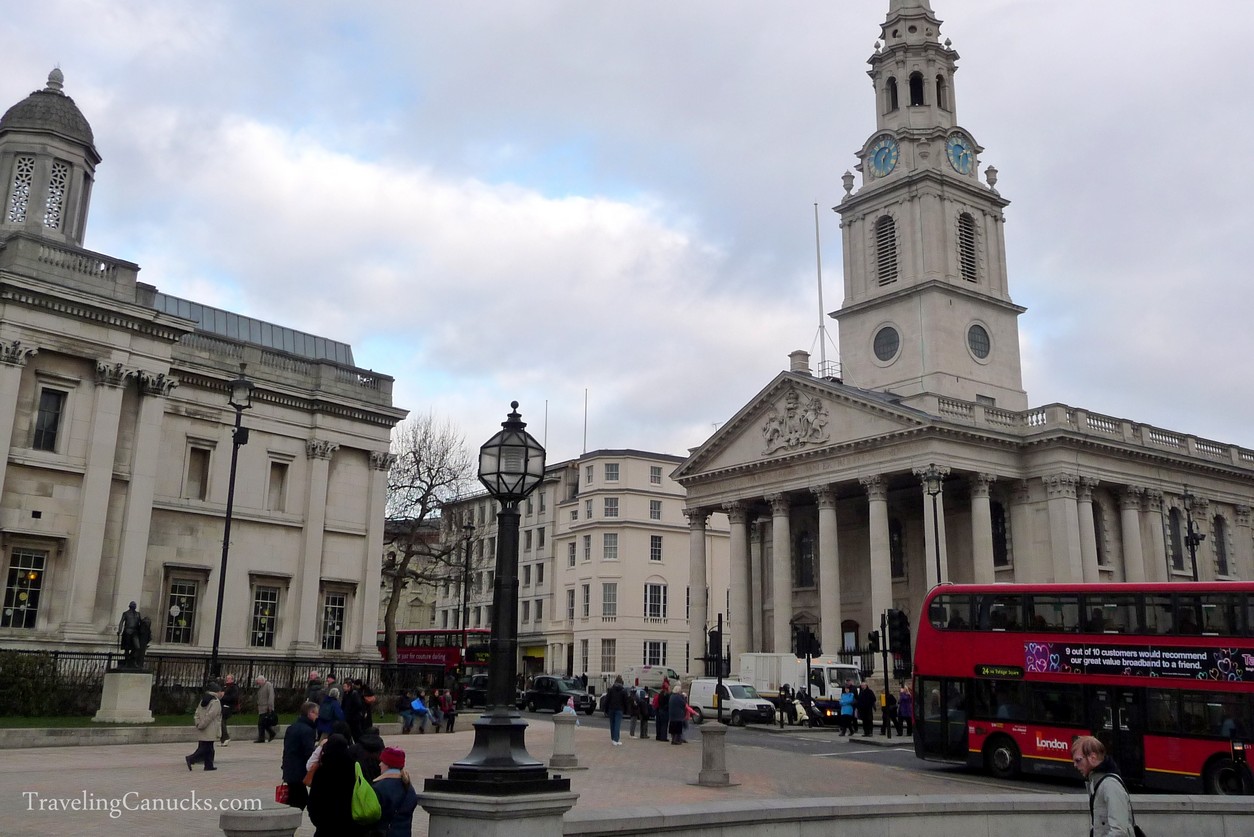 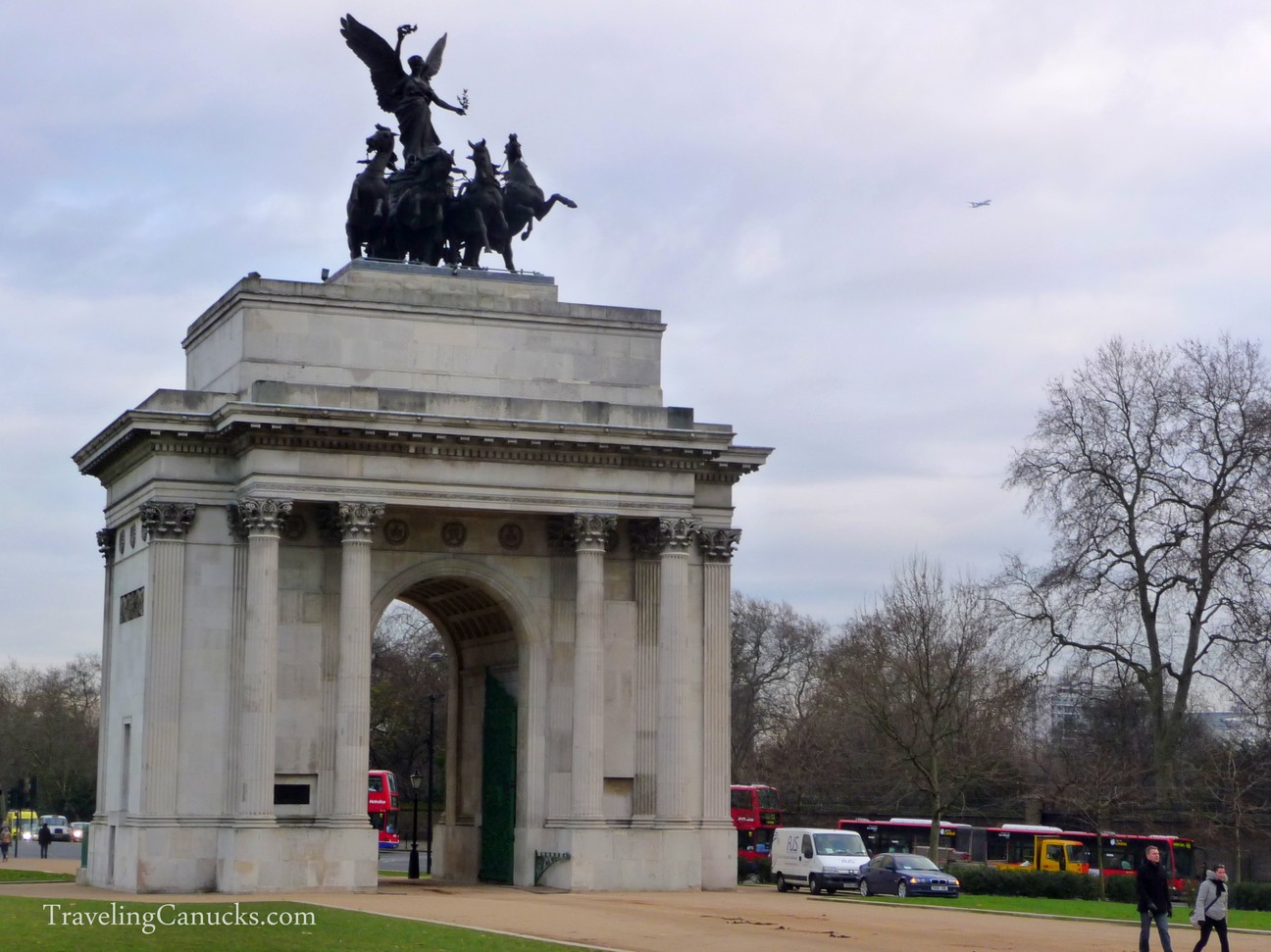 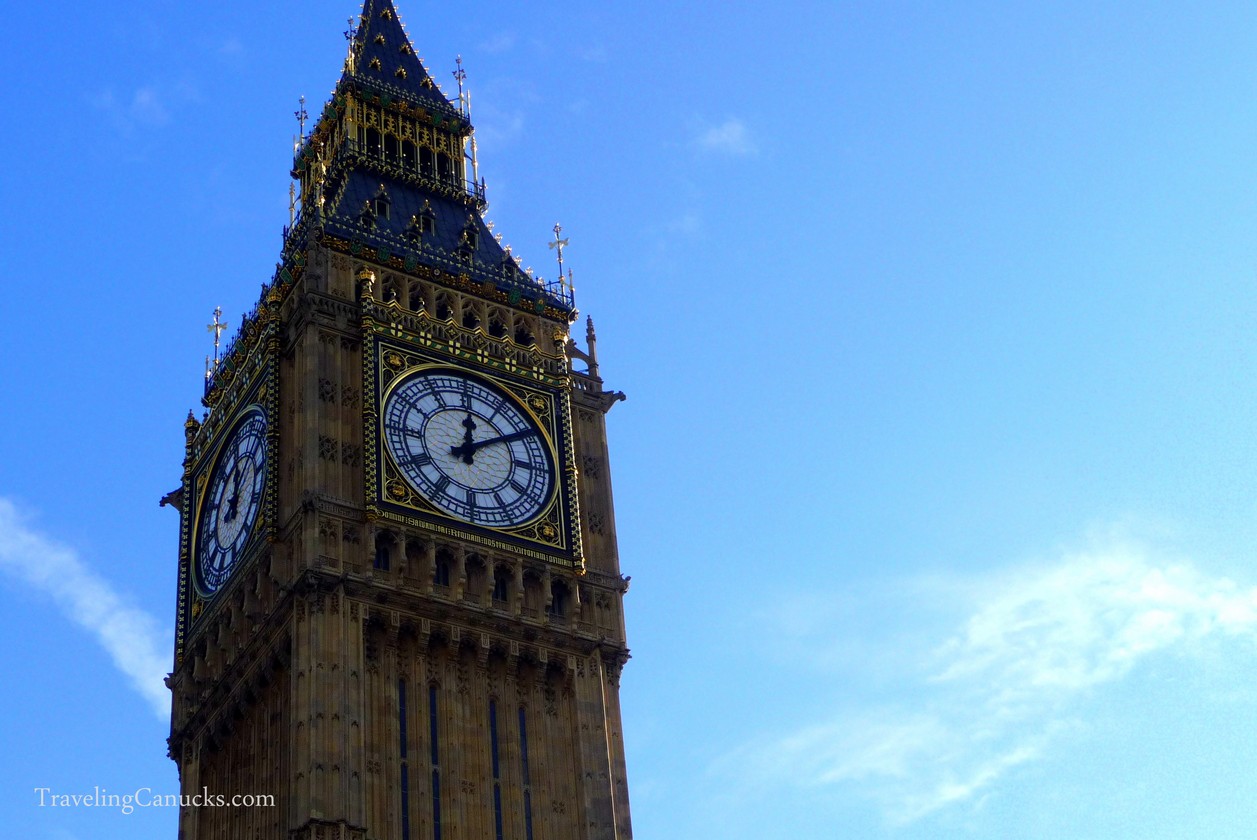 Big Ben on a surprisingly sunny afternoon in London 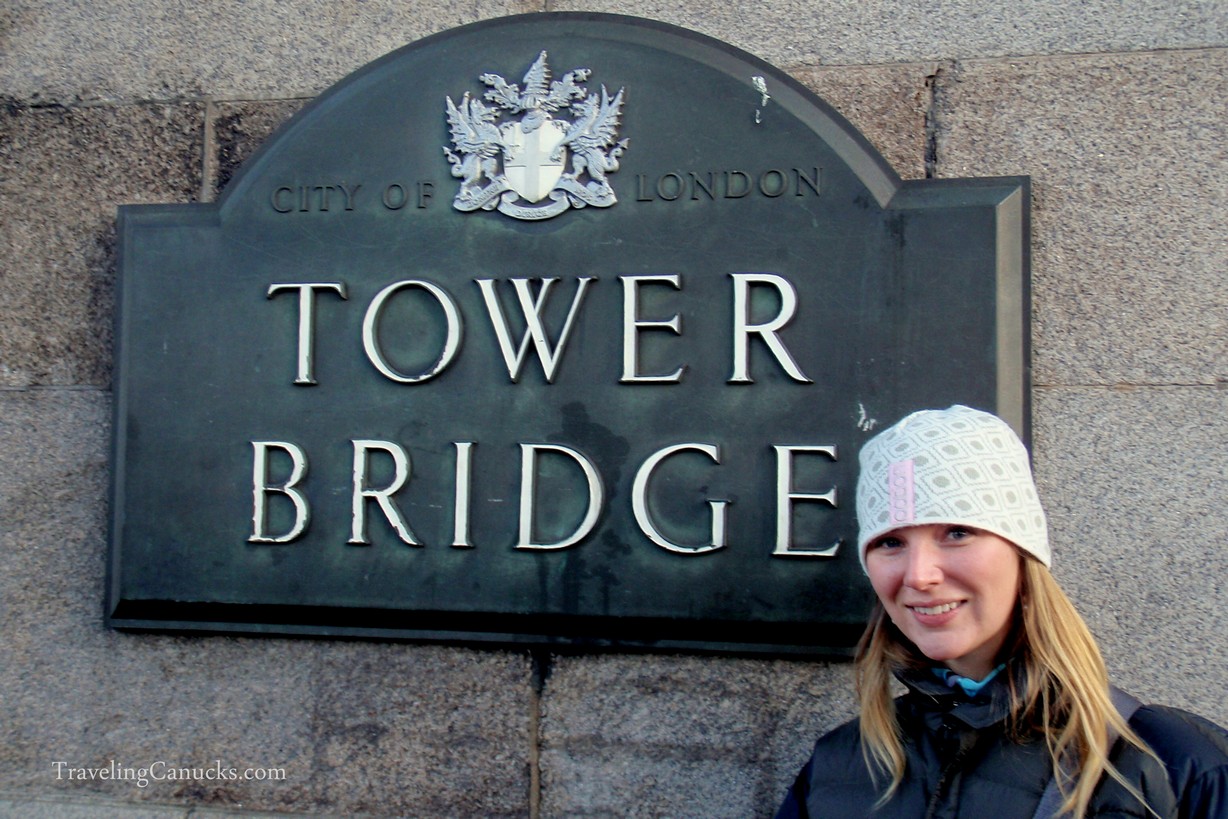 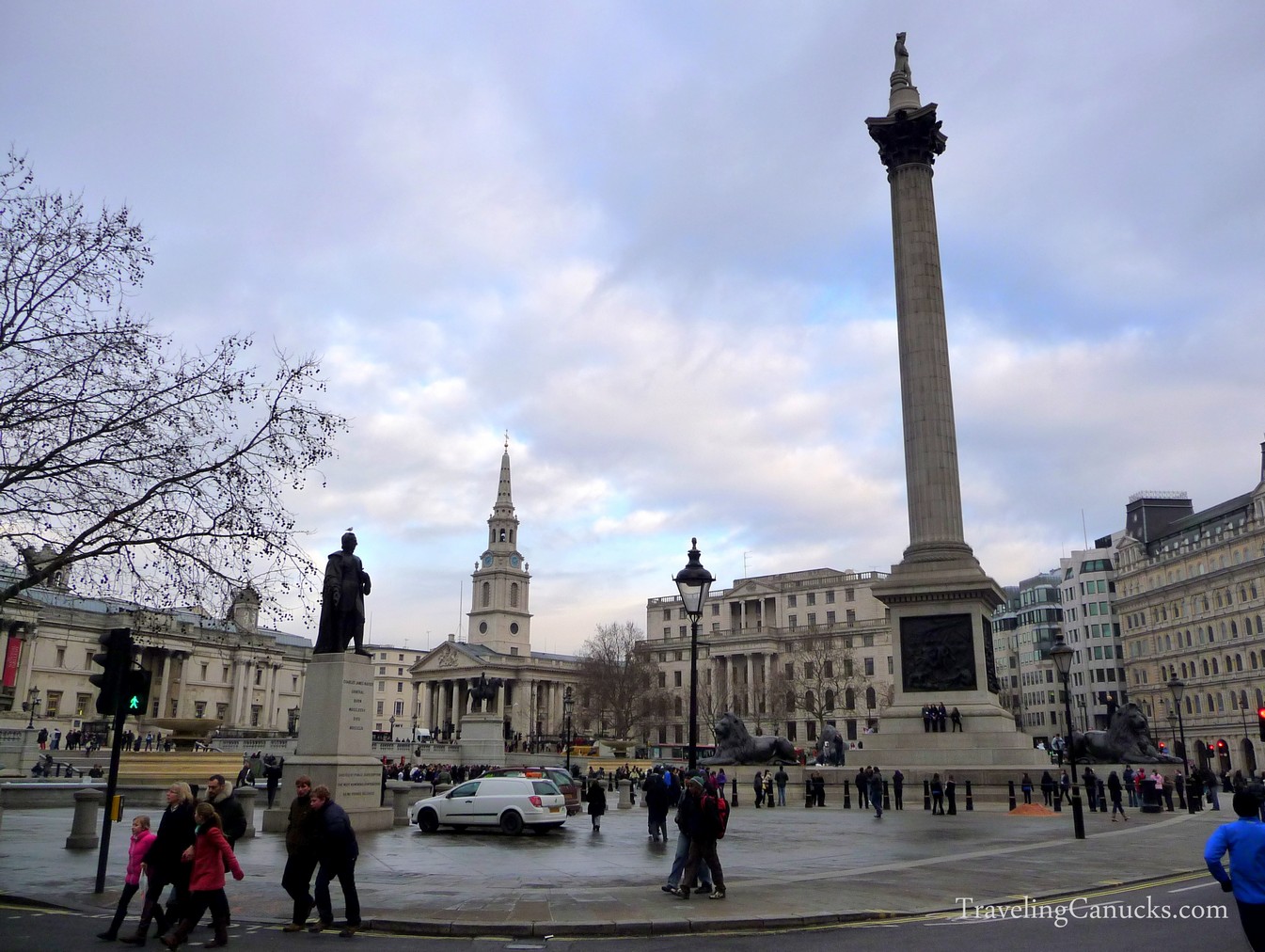 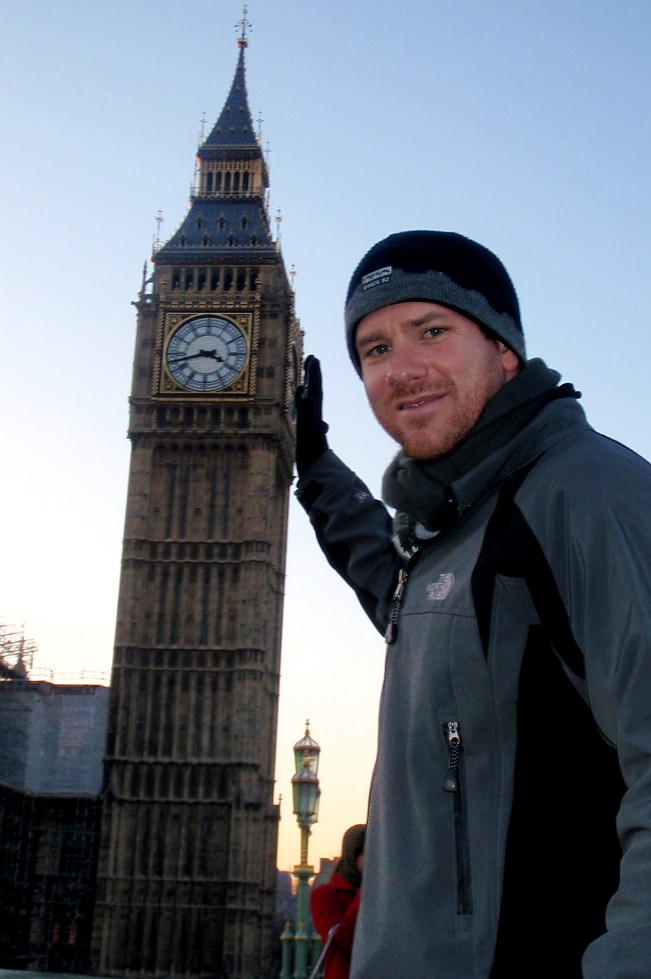 Cam holding up Big Ben with only one hand – impressive, I know!
We originally tried to make Big Ben a wrist watch, but the photos didn’t turn out very well 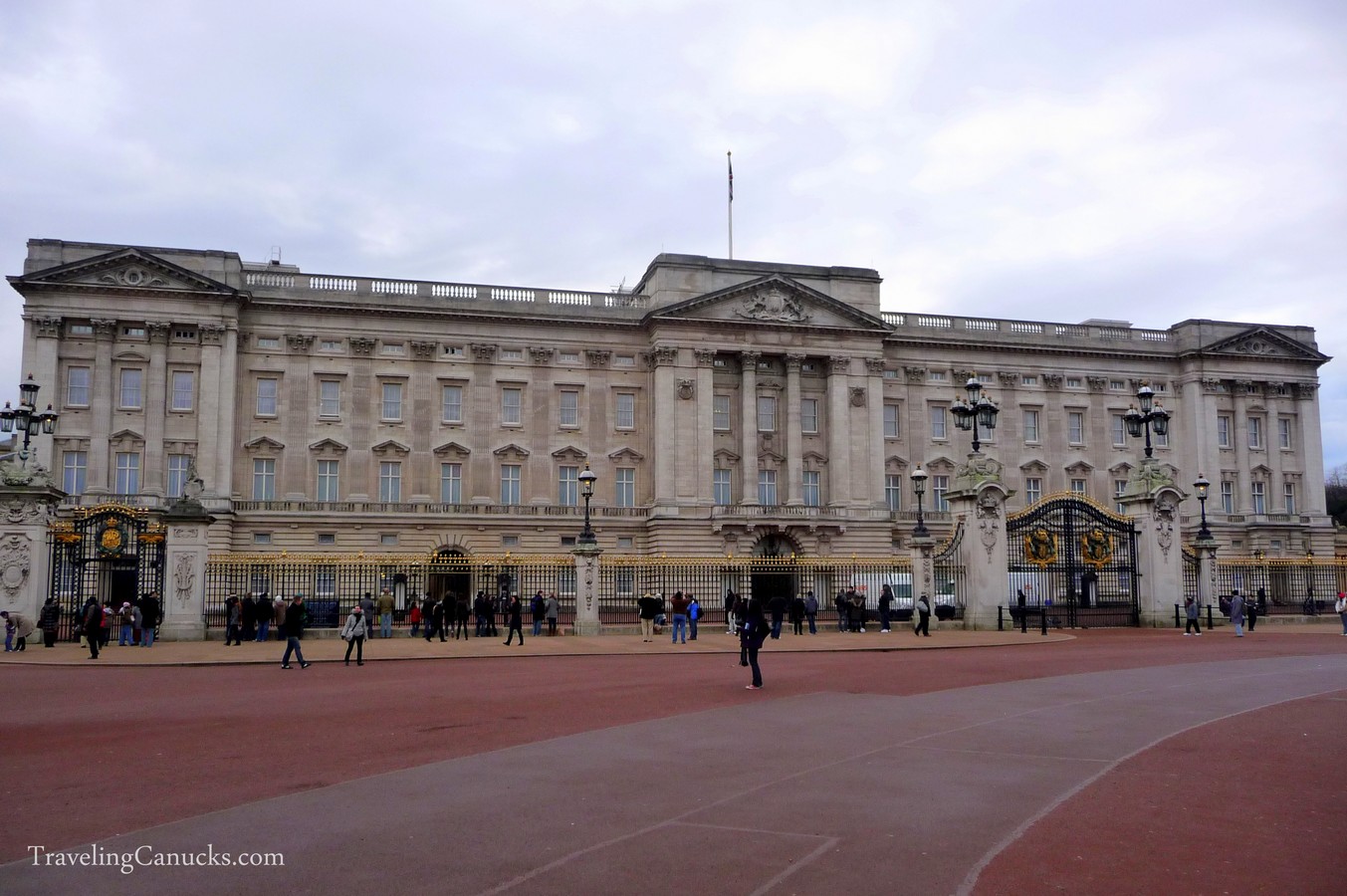 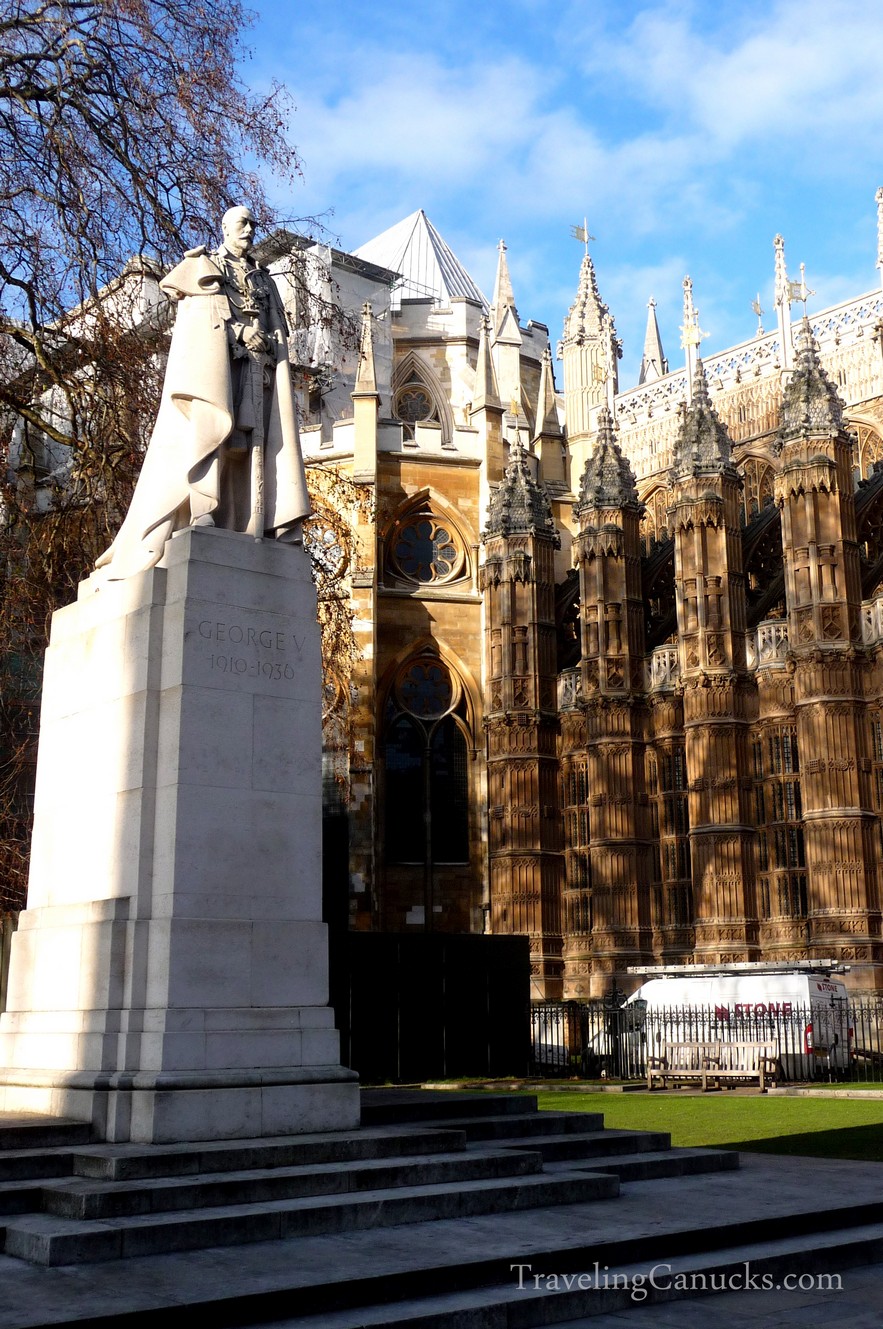 George V statue on the backside of Westminster Abbey 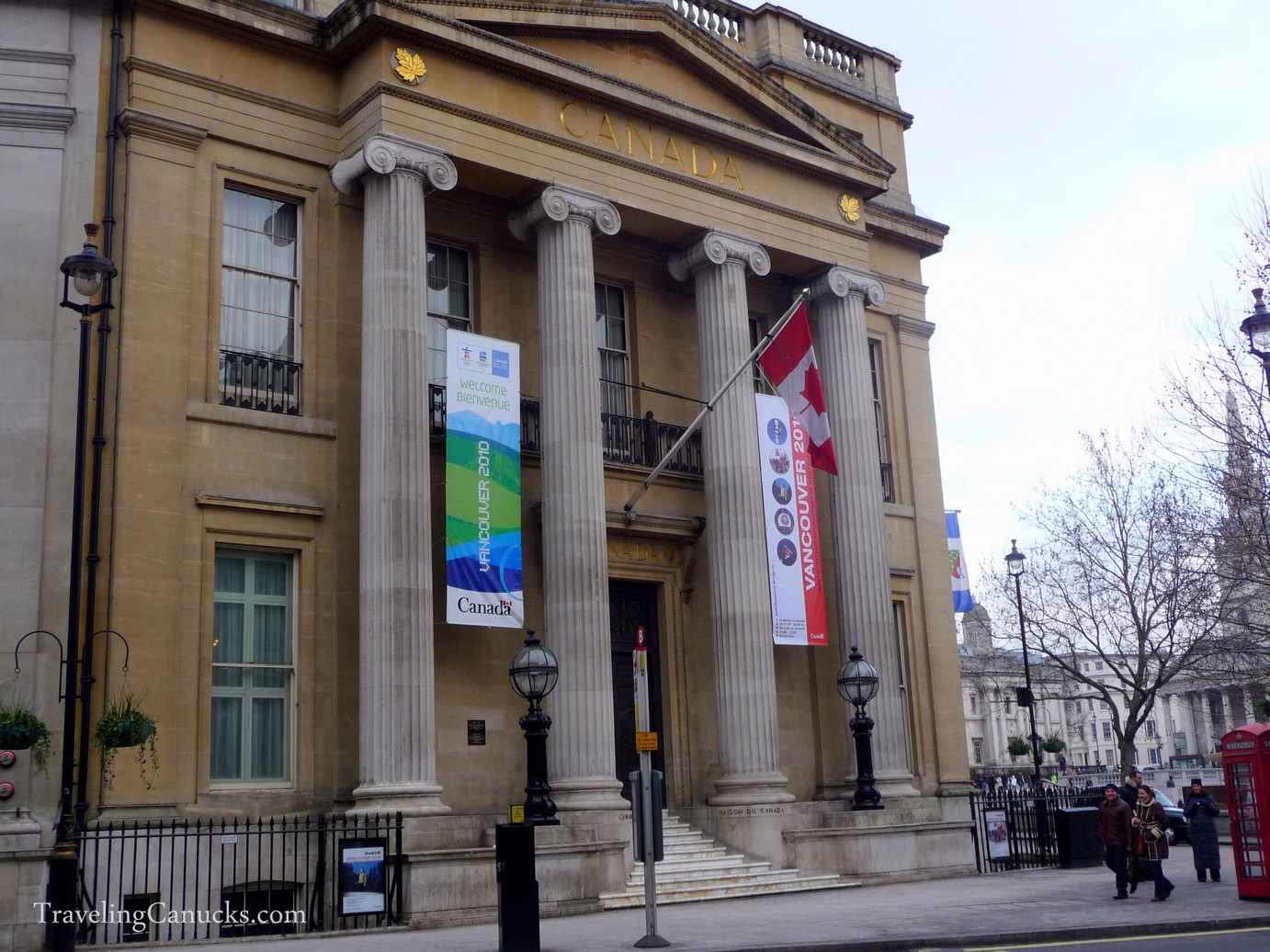 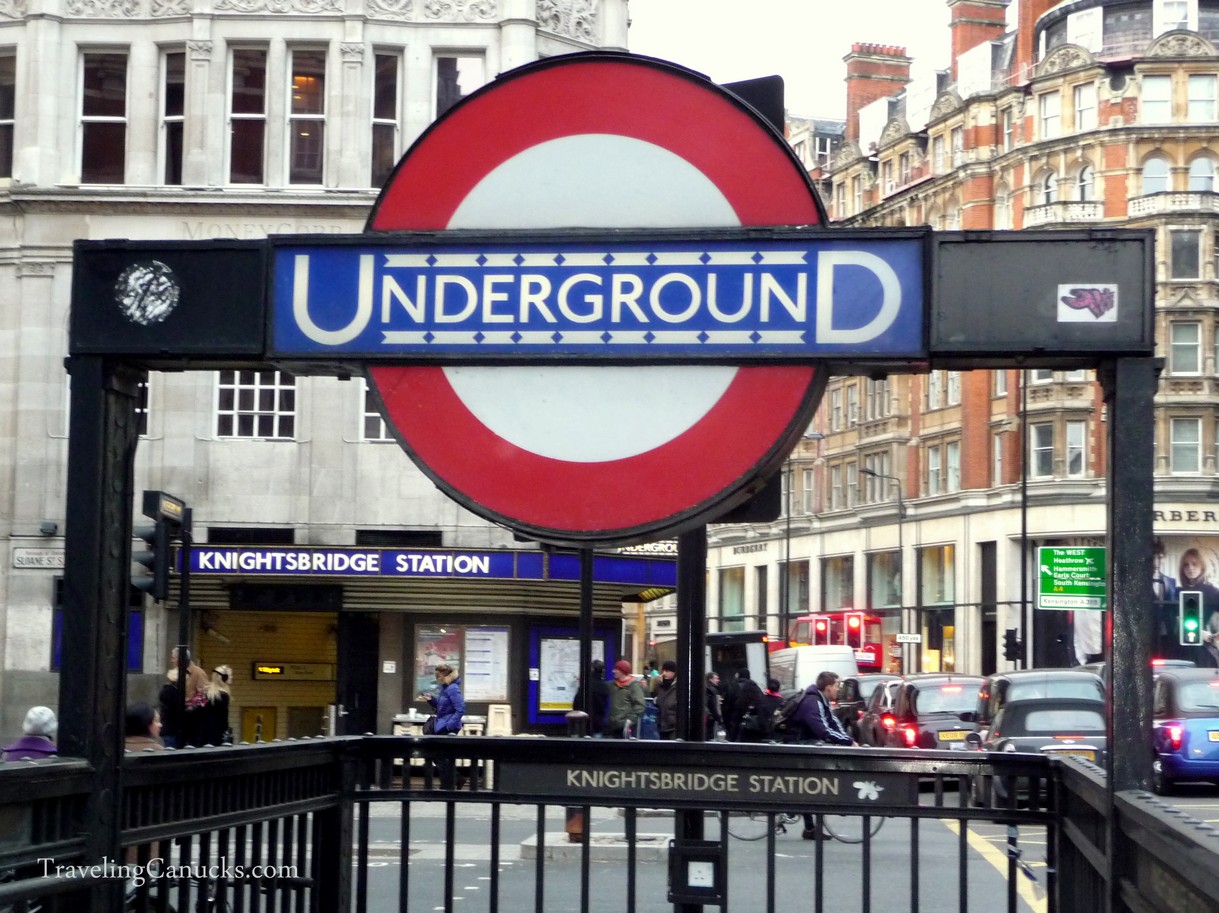 The best way to see London is via its underground metro system. If you arrive in London with a vehicle, consider parking and use the London Underground instead 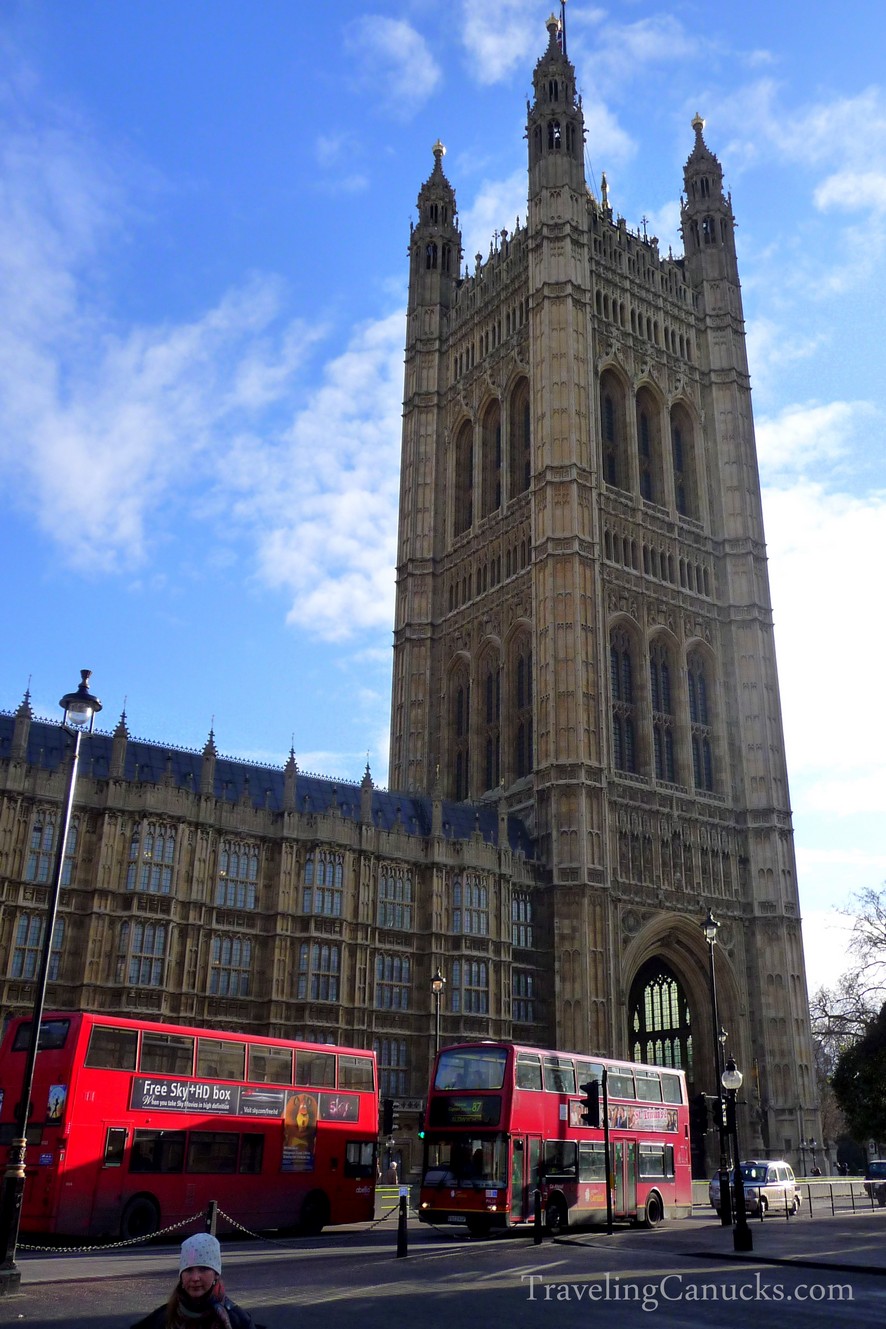 Red double-decker buses in front of the stunning Parliament Buildings 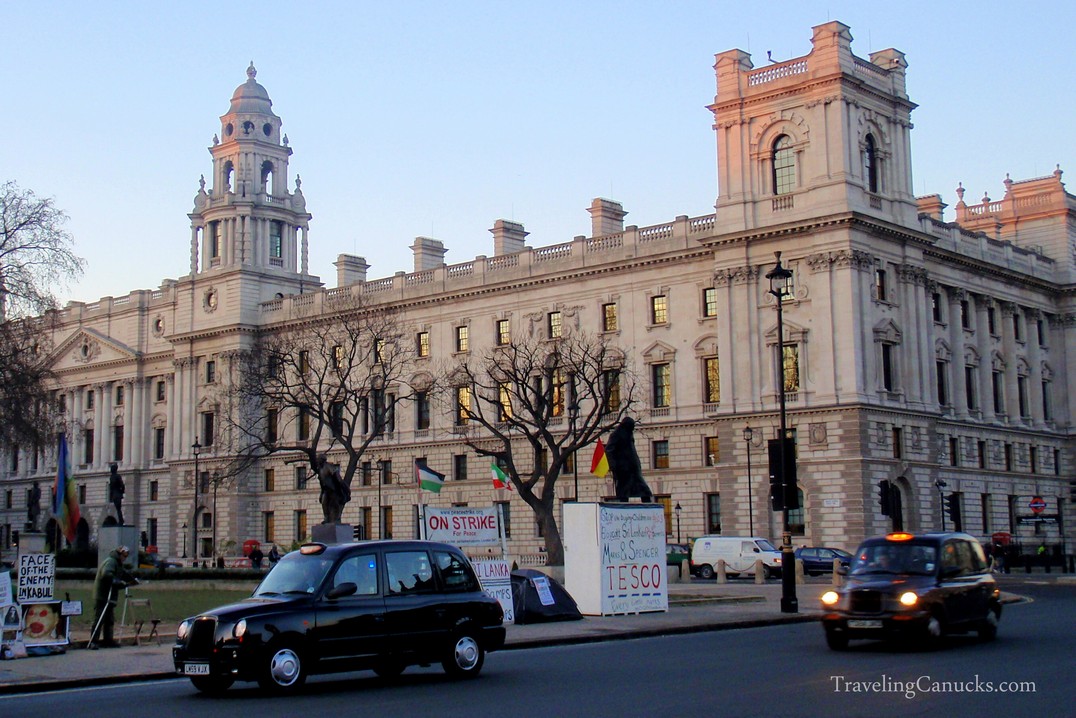 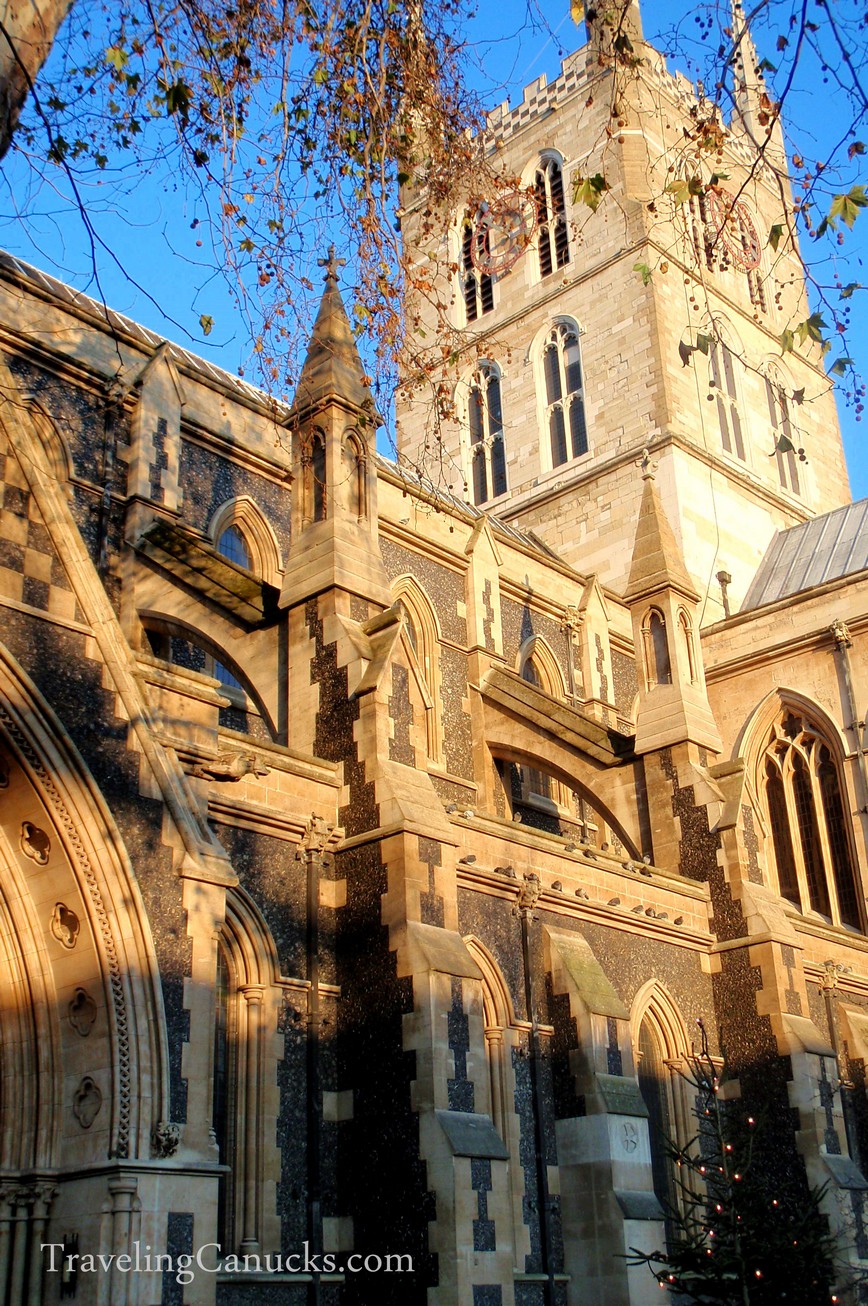 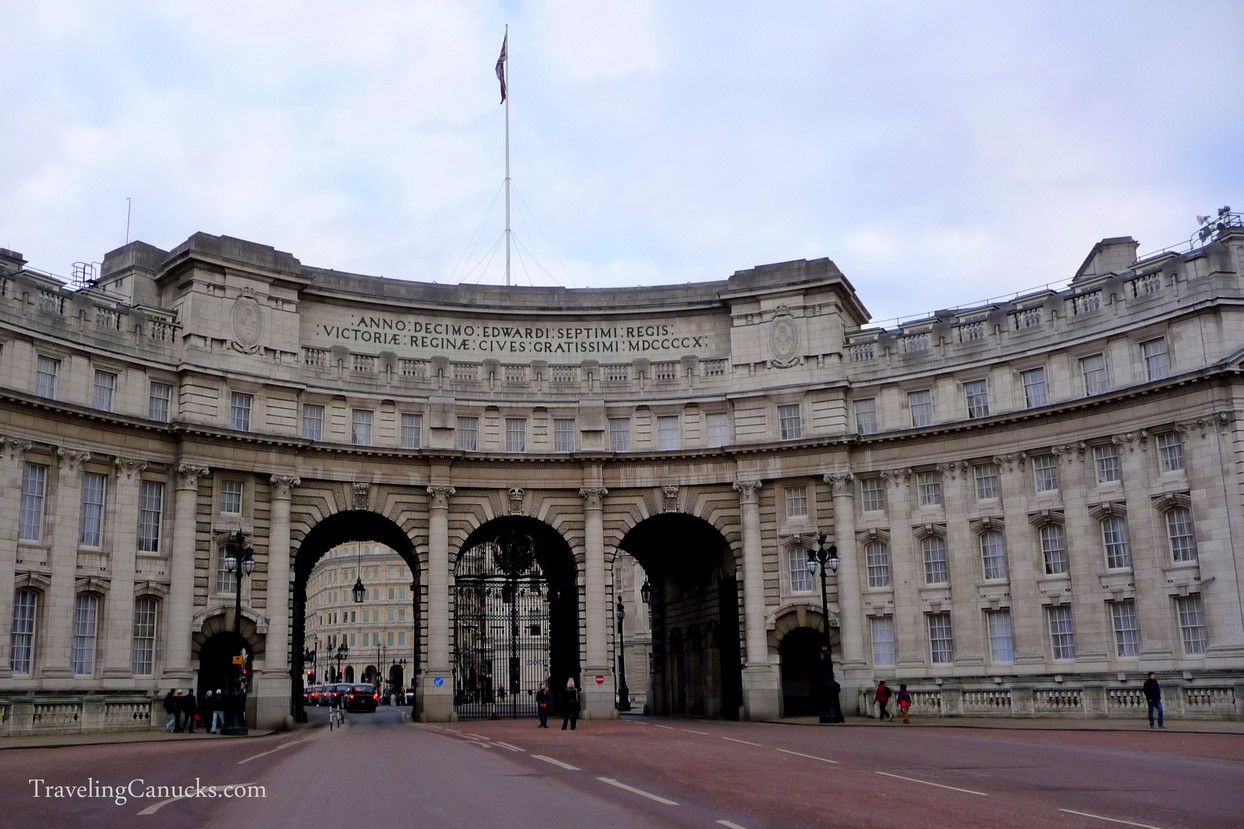 This trip to England was during the cold month of January, after spending weeks bouncing around Europe experiencing its festive Christmas Markets.

Fortunately for us, we captured these photos just before a massive snowstorm hit the United Kingdom, paralyzing its transportation network and grounding all London flights (we spent 20+ hours at Heathrow Airport waiting for the runways to clear!).

Have you visited London? Do you have any “must see” recommendations for our readers?
Share your tips in the comments section below!