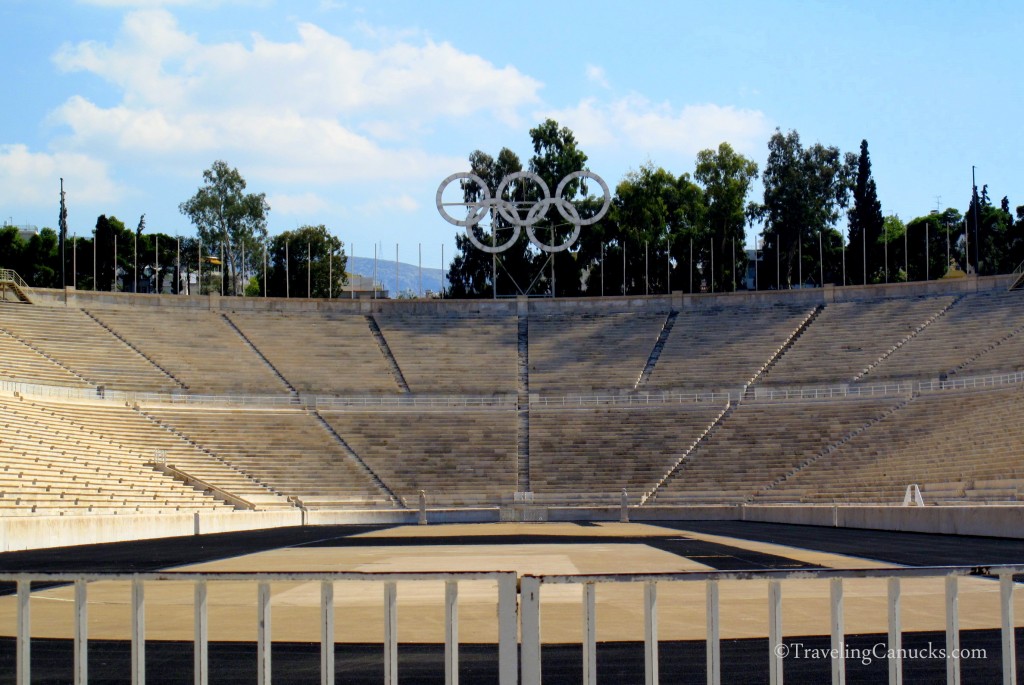 When it comes to historical athletic stadiums, few can compete with Panathinaiko Stadium.

Located in the heart of Athens, the legendary stadium hosted the first modern Olympic Games in 1896 and is the only major stadium in the world that is built entirely of white marble.

We spotted the eye-catching stadium from the top of the Acropolis, while we were scanning the Athens panorama in search of its impressive landmarks. Intrigued by its design, we managed to navigate our way through the city to the stadium entrance, where we found ourselves completely alone – not a tourist or resident in sight. Sadly, the stadium was locked up so we couldn’t explore it from the inside.

Panathinaiko Stadium (also known as Panathenaic Stadium) is said to be one of the oldest stadiums in the world, originally built in 566 BC and rebuilt with marble in 329 BC. Standing in its presence, knowing that it is over 2,500 years old, is a humbling experience.

Here are a few more photos for you to check out:

Have you visited Athens, Greece? Did you get a chance to see this marvelous stadium?
Share your story in the comments section below!