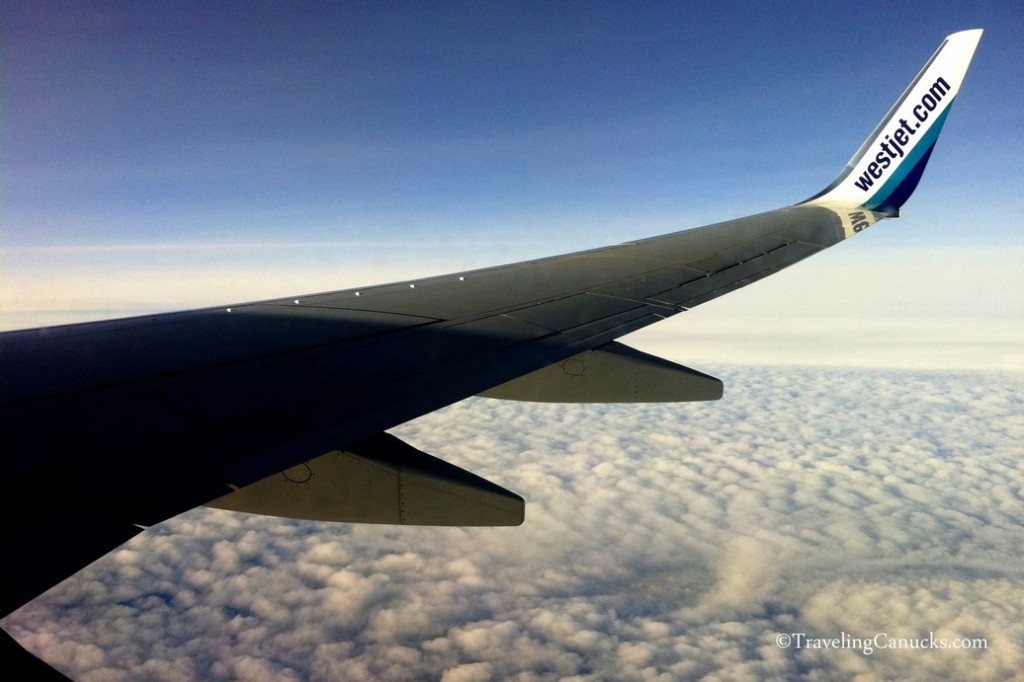 Last week we took Baby B on a trip to Palm Springs California, his first international trip and his first time boarding an airplane. At just 3 months old, we were both curious and apprehensive about how he would handle this monumental flight.

Our flight departed at 8:30AM so we were up early and at the airport by 6:00AM. We did the usual airport dance and cleared security with plenty of time to spare. Needless to say, it was a totally different experience with a baby.

Thankfully, we were allowed to bring our stroller and car seat through security and checked it at the gate just before boarding the aircraft. We’ve never had so much stuff to bring on a flight!

So how did the little man do, you ask?

Fantastic! He slept for most of the flight, waking up about 30 minutes before landing (the flight from Vancouver to Palm Springs was 2.5 hours). We thought the pressure from the descent into Palm Springs would hurt his ears, but he didn’t seem to mind at all. In fact, as the other babies on the plane screamed in discomfort, Baby B actually giggled and smiled as we approached the runway. Baby B fast asleep with daddy

We had clear skies and a window seat, so we were able to capture some great aerial shots 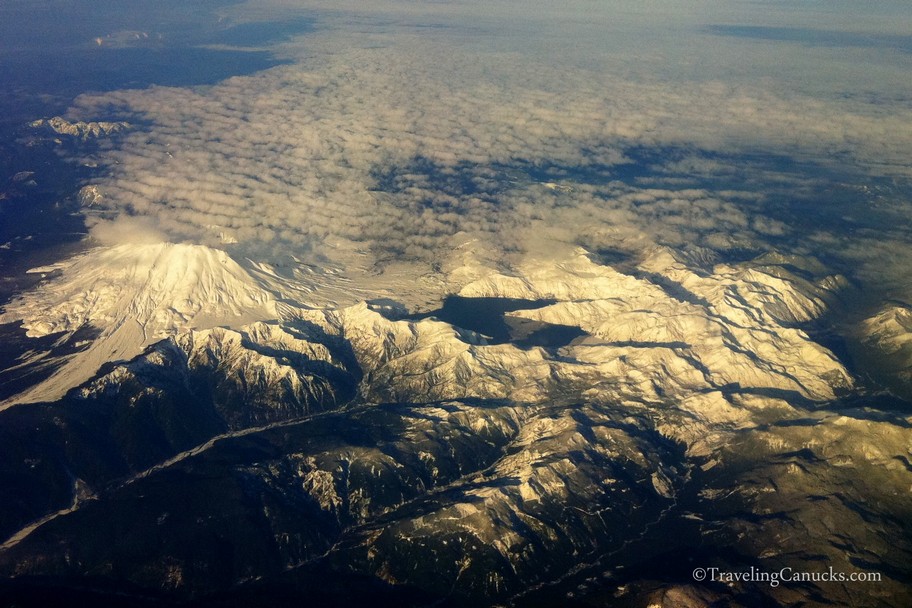 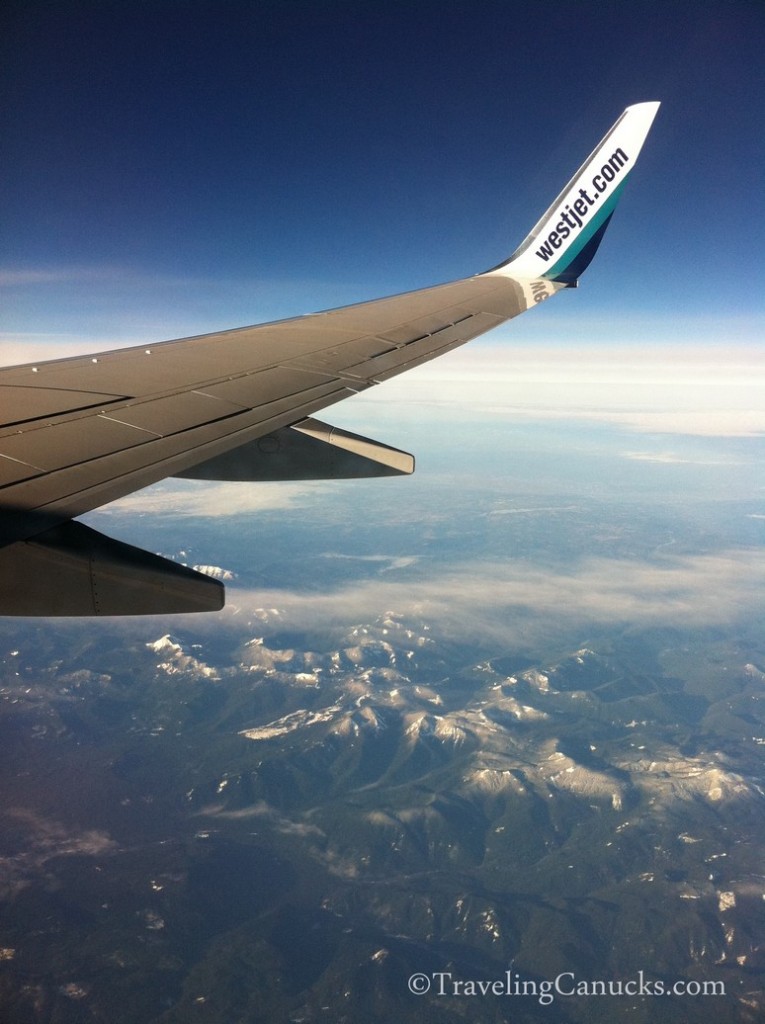 Somewhere over either Washington or Oregon 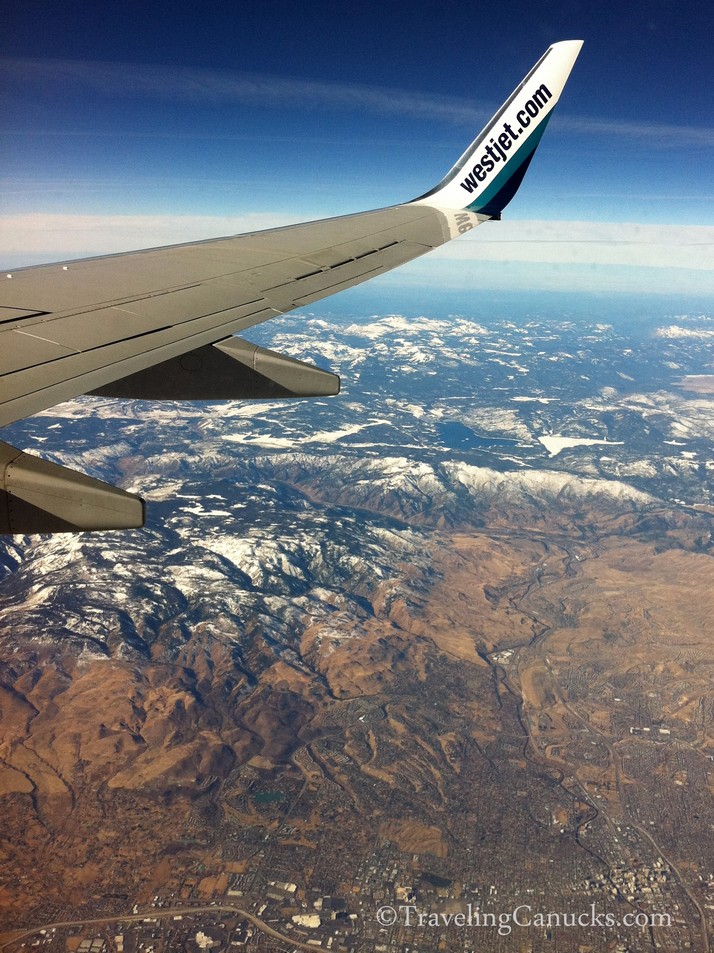 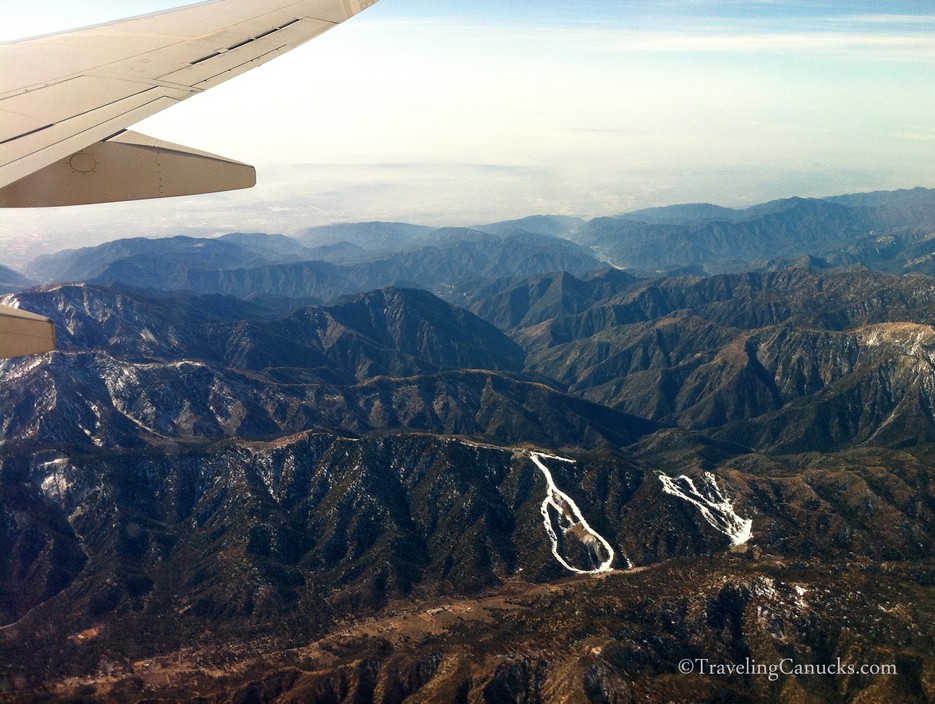 Aerial views of a small ski hill in California 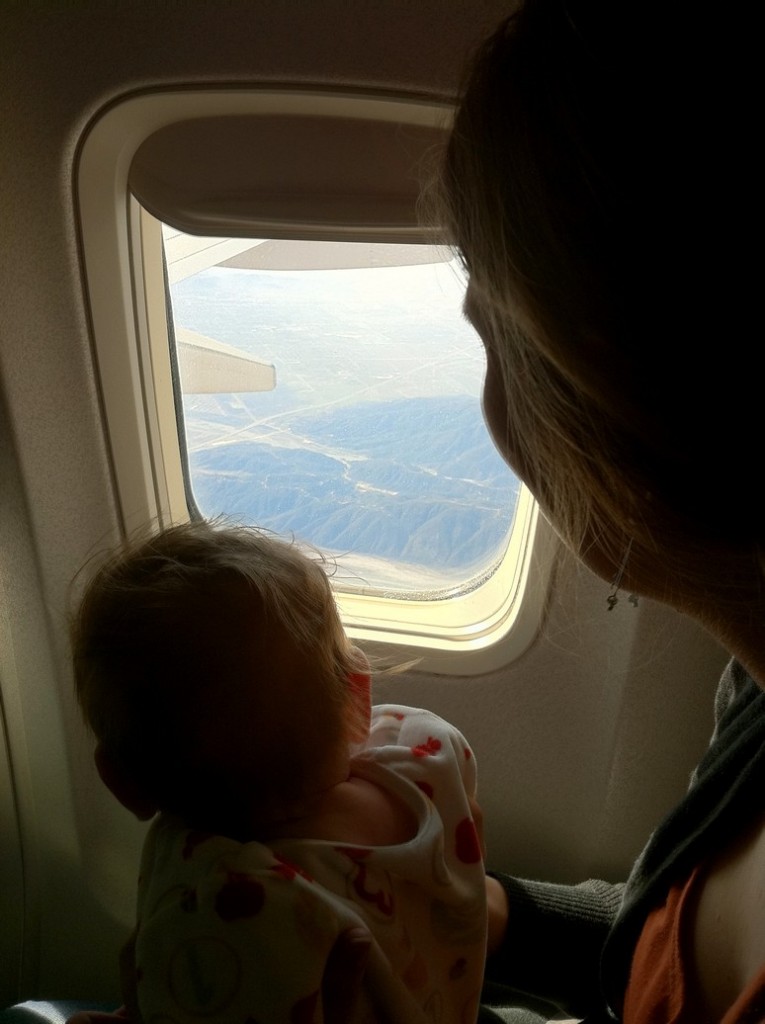 Baby B enjoying the views