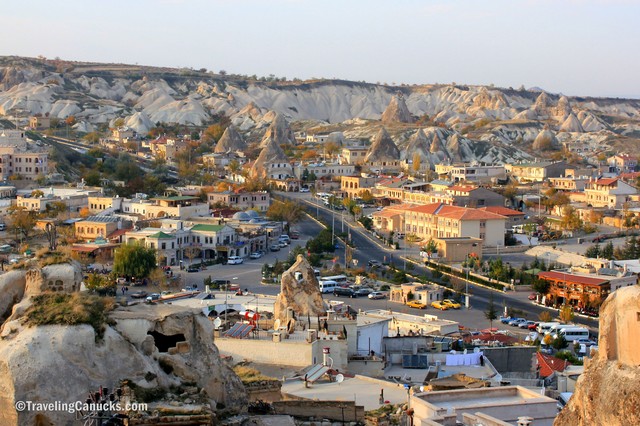 Göreme – The Gateway to Cappadocia

If there is one place that we recommend you visit in Turkey (and the world for that matter), it’s Cappadocia and the Göreme Valley. Its peculiar rock formations, colourful canyons and magical fairy chimney’s make this tourist hotspot unlike any other place on earth – literally.

Check out these photos of Cappadocia to see what we’re talking about. There are several towns in the Göreme Valley that offer tourist accommodations, but Göreme is the most popular because of its wide variety of hotels, restaurants, tour operators and stores that cater to foreigners. That, and because it’s one of the world’s most unusual cities!

Many travelers that book cheap holidays to Turkey will arrive and depart from Göreme when touring Cappadocia, making it a popular stop on the backpacker trail. Budget travelers can find good deals in Göreme and luxury travelers will find spectacular cave hotels that are truly one of kind.

Here is a photo of the cave hotel that we stayed at. 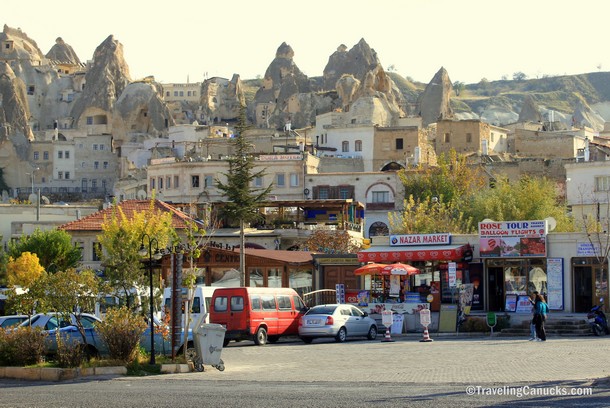 The town of Göreme, located in the Nevşehir Province of Central Anatolia, is also conveniently situated within walking distance to the Göreme Open-Air Museum (pictured below), one of the top tourist attractions in Cappadocia. Helpful travel tip: Most people that travel to Cappadocia arrive via bus (typically from Istanbul, Ankara, Izmir or Antakya). Even if you book your ticket directly to Göreme, confirm with the bus driver/tour operator that the bus drops you off directly at the Göreme bus station (even if the bus ticket says Göreme). Like many other travelers, we were dropped off in Nevşehir, which is located about 20 minutes outside of Göreme. It was very confusing but fortunately other passengers guided us to the appropriate transfer bus (which was actually a small tourist bus – not your standard coach).

Read more from our travels to Cappadocia, Turkey:

Have you visited the town of Göreme in Cappadocia?
Share your experience and travel tips in the comments section below, our readers will thank you!