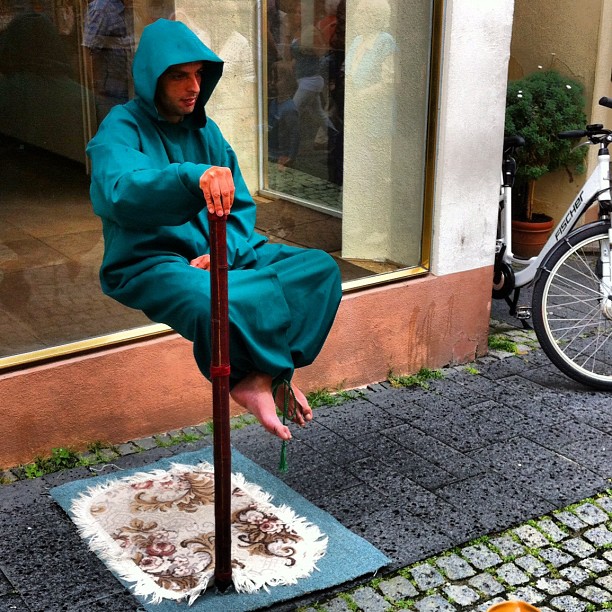 Have you seen the Floating Seated Man?

My jaw dropped as I paused and did a double take. “How the heck is he doing that?”

I wasn’t alone. Groups of people stopped to take a look, each whispering similar statements to each other.

“Is that for real? Is he really floating?”

Of course not! C’mon people, he’s a street performer. There’s a reason why a bowl of coins sits directly in front of him. But what a fantastic illusion, right?!

He certainly had me going for a solid few minutes.

We witnessed this trickery in Bernkastel, a cute medieval village in the the Mosel Valley of Western Germany, but we later learned that such street performances (if you want to call it a performance?) are popping up all over Spain and Portugal as well – at least that’s what some of our twitter followers have reported.

Have you see the floating seated man before? If so, tell us where!