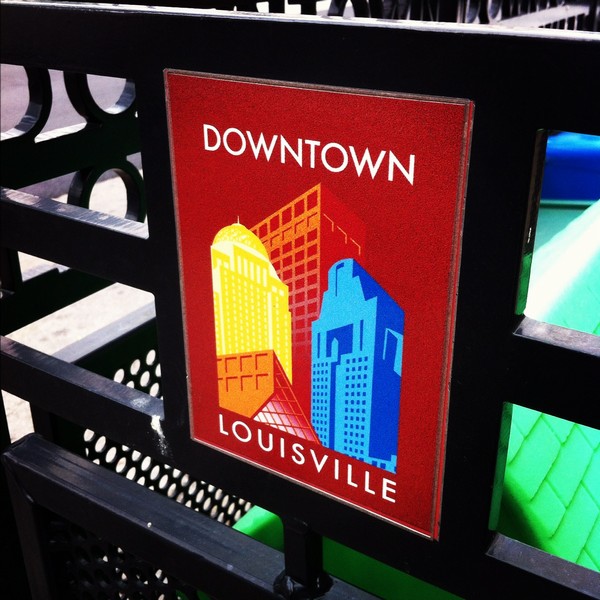 Strolling Through the Streets of America’s Possibility City

It’s not Louisville’s fault. The United States is a big country, loaded with awesome destinations like the Grand Canyon, New York City, the Colorado Rockies, Alaska and Hawaii. With outstanding natural beauty and some of the world’s most exciting cities, it’s no surprise that Louisville gets lost in the mix.

When I tweeted that I was boarding a flight to Louisville I received several confused replies. “Why Louisville?” was the general theme.

Well, I didn’t visit Kentucky’s largest city because it boasts epic outdoor adventures or cosmopolitan flare. Nope, I visited Louisville for the first time because of a work related conference. I rarely talk about my day job on this blog, but I do have a career that I enjoy and sometimes it takes me on the road (to places like Fort Lauderdale).

I must confess, when I learned that my next work trip was to be in Louisville, I wasn’t exactly jumping for joy. I didn’t even bring my camera because, to be honest, I really didn’t think I would need it. I wasn’t far off with that assumption, however I did bring my trusty iPhone and it took some decent pictures. 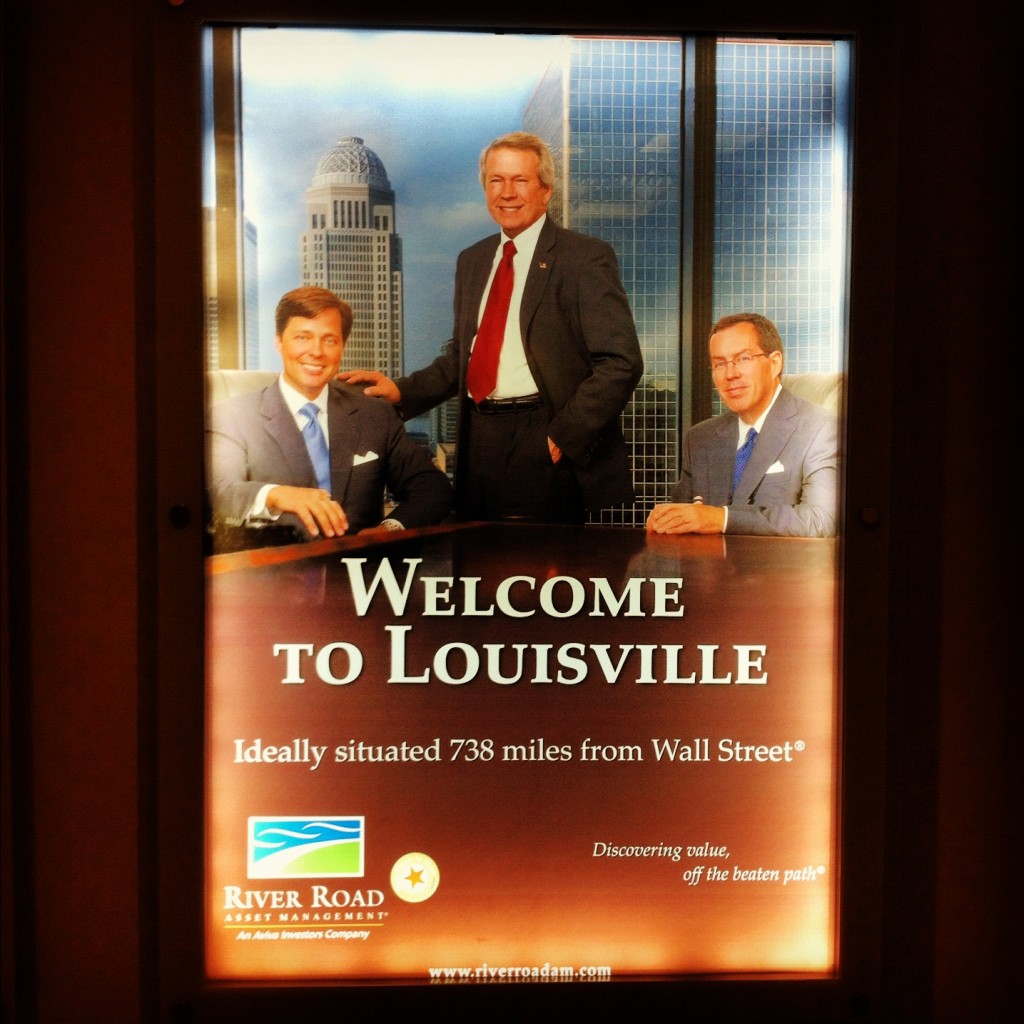 I saw this sign in the Louisville airport while waiting to collect my luggage. I don’t know why, but it cracked me up, so I had to take a picture. I can’t decide what’s more comical, the cheesy fake smiles or the tagline “ideally situated 738 miles from Wall Street”.

I’m still scratching my head. How can anything be ideally situated 738 miles away?

After checking into the hotel, my colleague and I decided to get outside and see what Louisville was all about. I noticed several signs hanging from street light poles, claiming that Louisville is “America’s Possibility City”.

Possibility City? I was confused. Was this an award or an insult?

While I didn’t have enough time to really get to know the city, it didn’t take long for me to understand the meaning behind the title. Louisville has potential and it’s trying hard to be a player, but it’s just not quite there. And I’m not so sure it ever will be.

But Louisville does have charm. You just have to look a little harder. 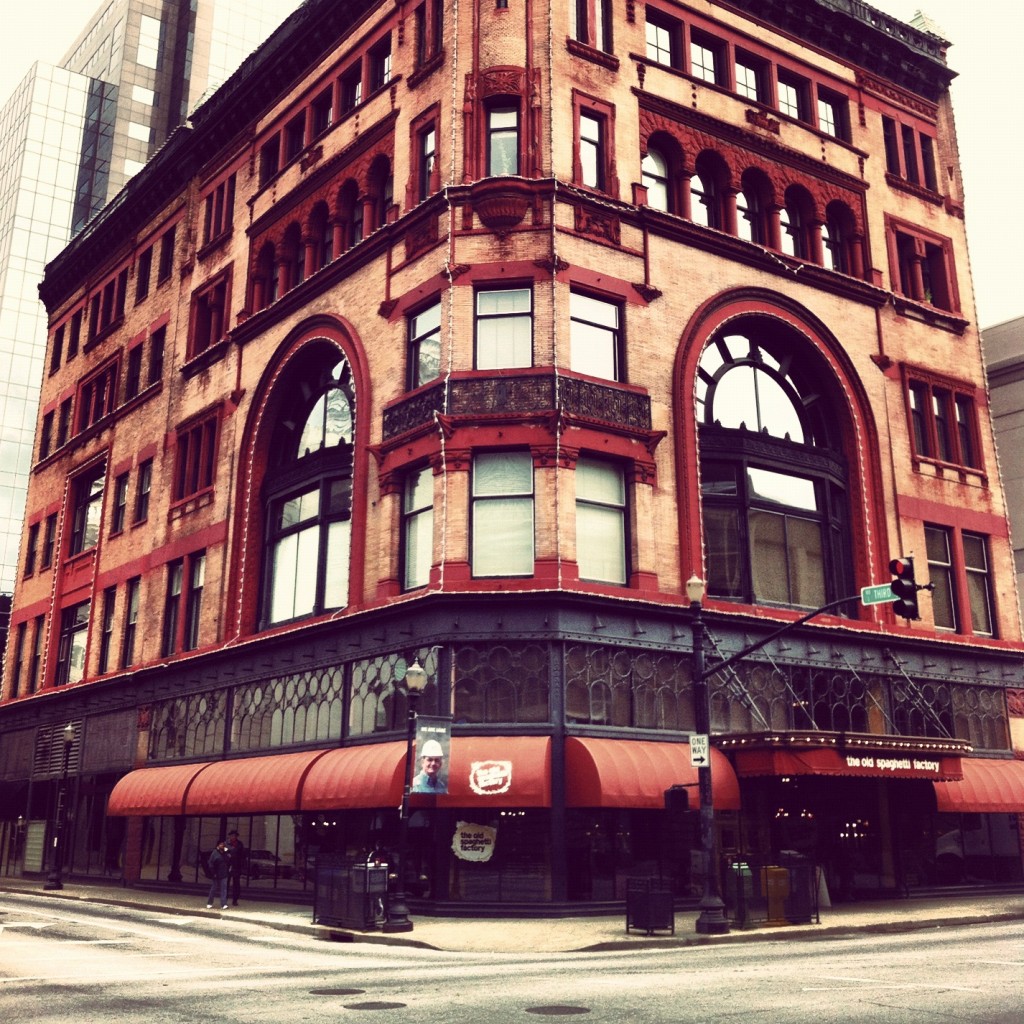 I did enjoy Louisville’s old heritage buildings. You can see that it was once a bustling trade city with promise and “possibility”. 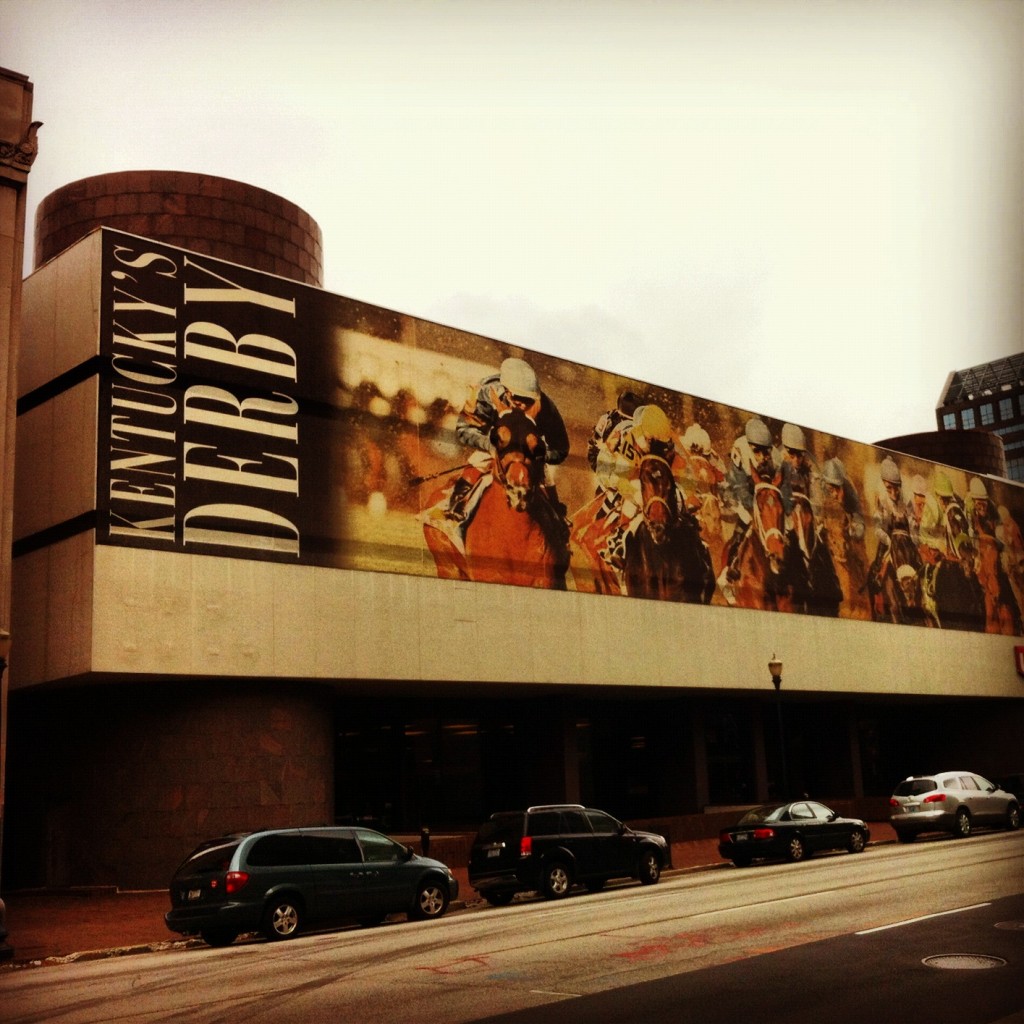 The Kentucky Derby – The Most Exciting Two Minutes in Sports 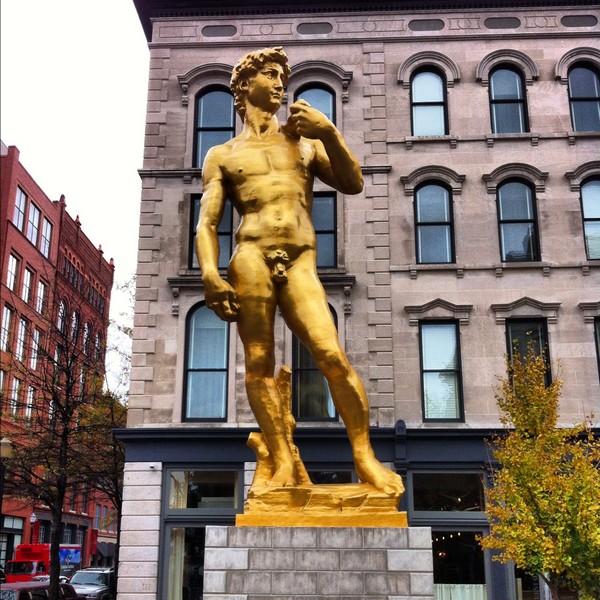 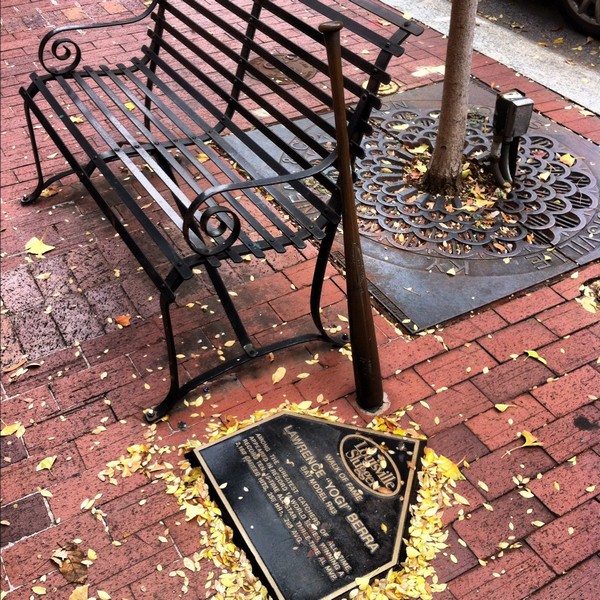 Bronzed bats and home plates honor some of baseball’s greatest players that used Louisville Slugger bats during their career. It’s a cool idea that brings out the little boy in every baseball fan. 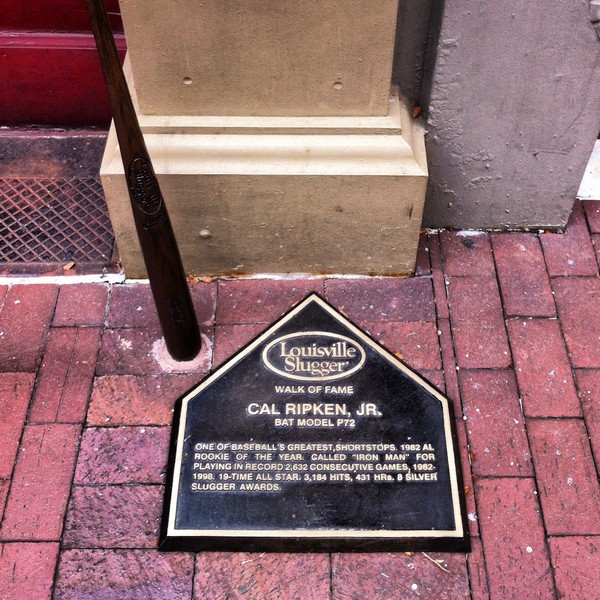 The Legend! One of my favourite players growing up. 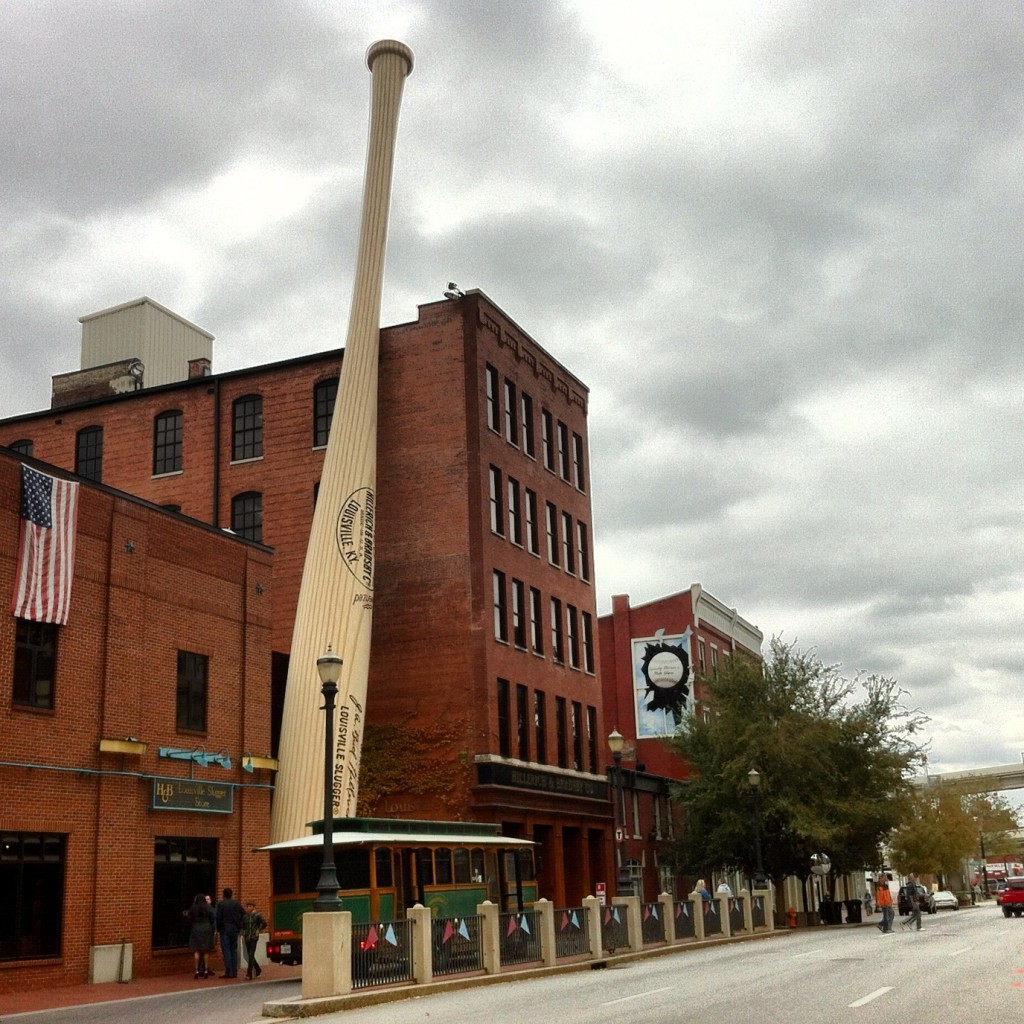 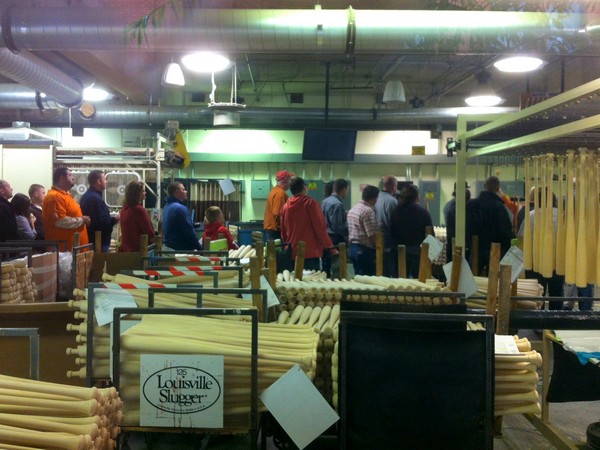 A tour group visiting the factory in the Louisville Slugger Museum 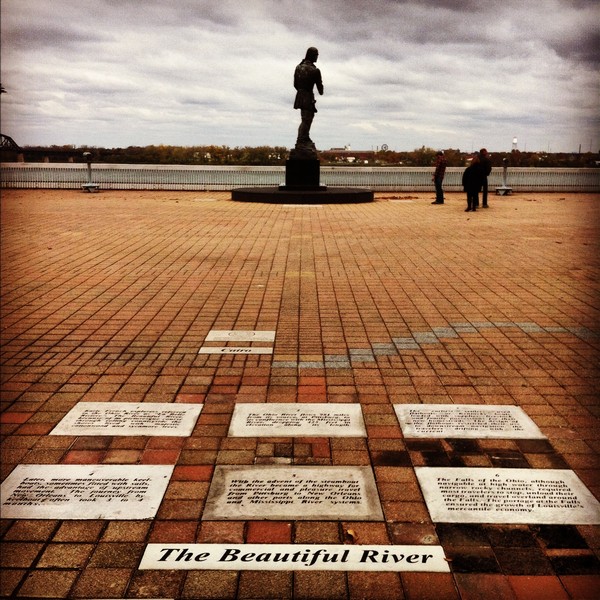 There’s no shortage of statues in downtown Louisville. This statue of General George Rogers Clark, considered to be the founder of Louisville, sits on the shores of the Ohio River in the heart of the downtown core. 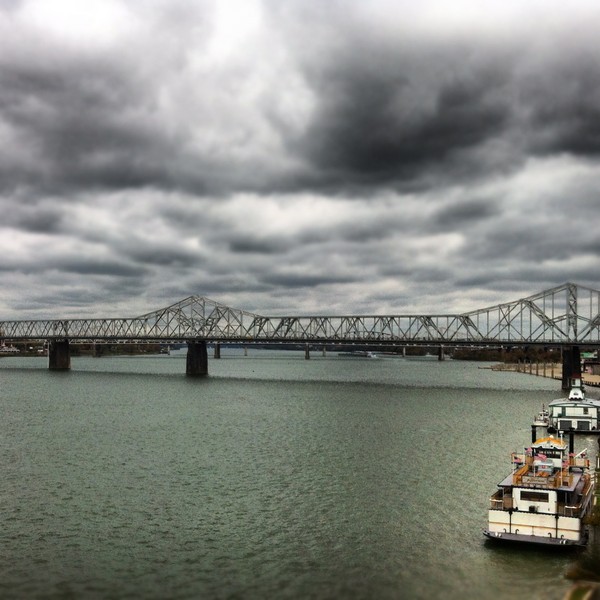 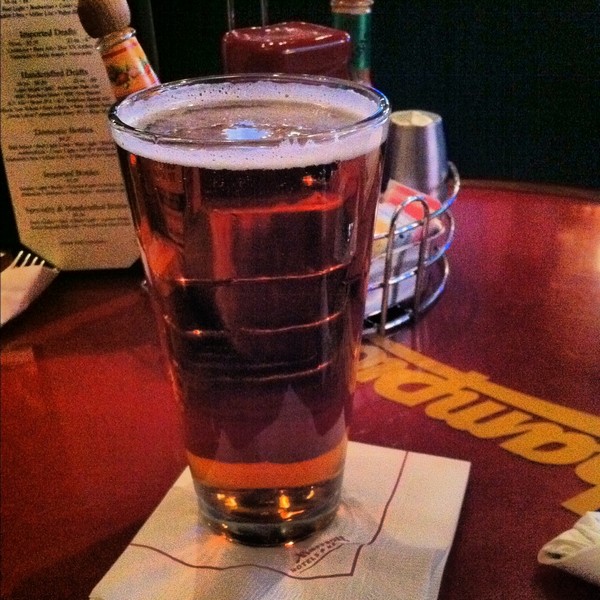 Bourbon Barrel Ale. It sounds better than it tastes. 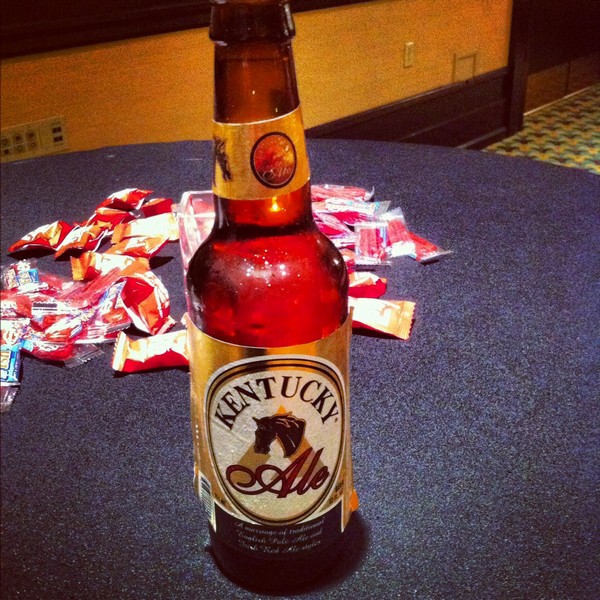 Kentucky Ale. Not very good, but when in Rome… 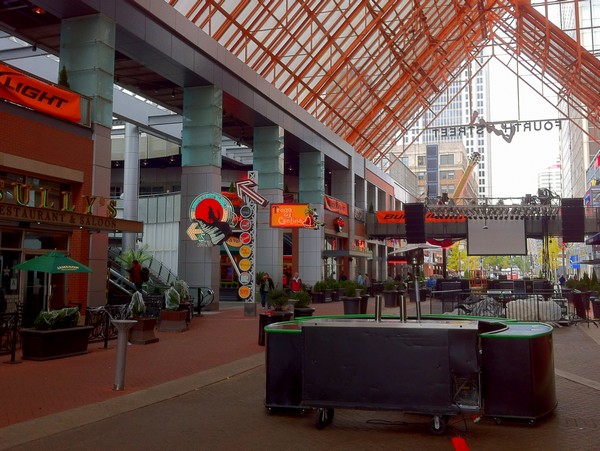 Fourth Street entertainment district. This is the “before” shot… 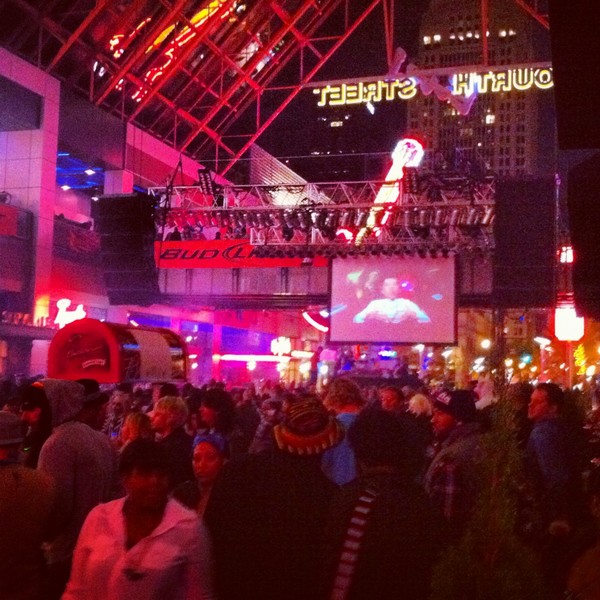 and this is the “after” shot. It was quite the street party! 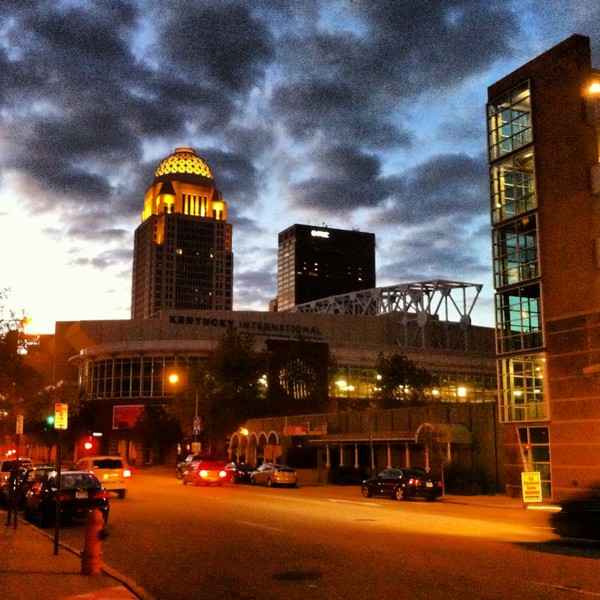 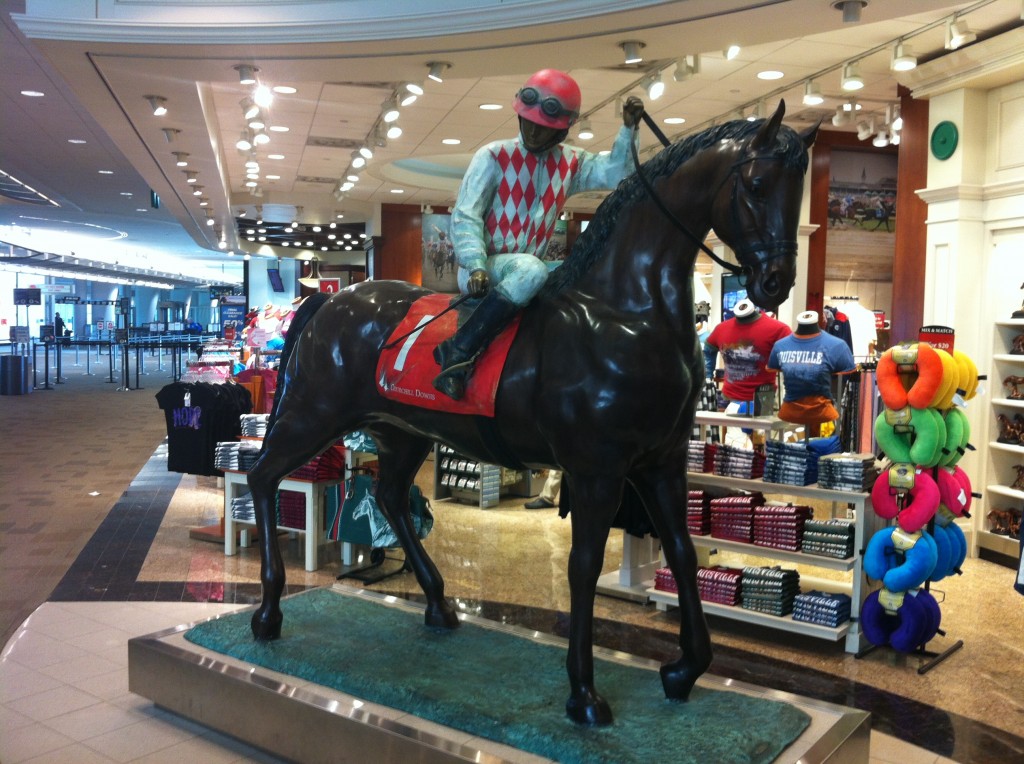 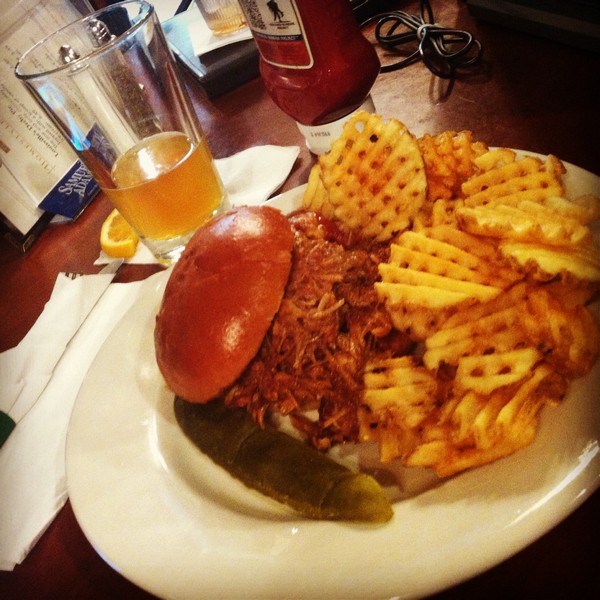 Have you visited Louisville? What did you think?
Share your experience in the comments section below