Prior to our trip to Mexico we were asked if we would like to test out a new product that has come to market – the Drink Disc.

I was initially confused when the product was described as a Frisbee disc that can also carry up to six beverages, but it all made sense when I visited the Drink Disc website and looked at a few photos.

Because we were attending a destination wedding at an all-inclusive resort (see the resort here), we would be in Mexico with a big group of friends and family, making it the perfect environment to test out the Drink Disc. 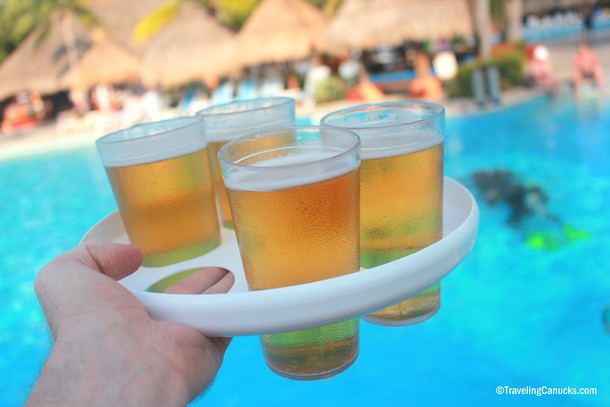 Although we didn’t spend a lot of time together on the beach, we did have plenty of pool party good times (there wasn’t much room on the beach to throw the disc anyways).

When we first pulled out the Drink Disc our friends quickly took notice. We had some fun throwing the Drink Disc around the pool but its true value is it’s ability to transport several drinks at one time, as modeled by Nicole below. 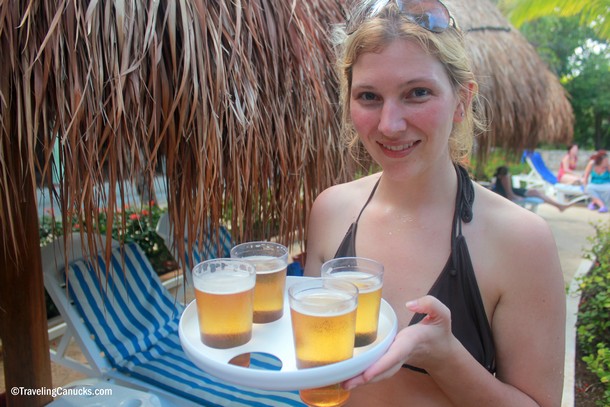 Have you ever tried to carry more than two drinks at one time?

If you’ve been to an all-inclusive resort with friends and family, you’ll likely remember the phase, “Can you grab me a drink while you’re up there?!”

It’s not that you mind getting a drink for them, because you know the favour will be reciprocated, but how the heck do you carry all of those drinks across the pool or beach area?

Well, that common dilemma was the motivation for the creation of the Drink Disc, a lightweight, durable disc that serves multiple purposes. 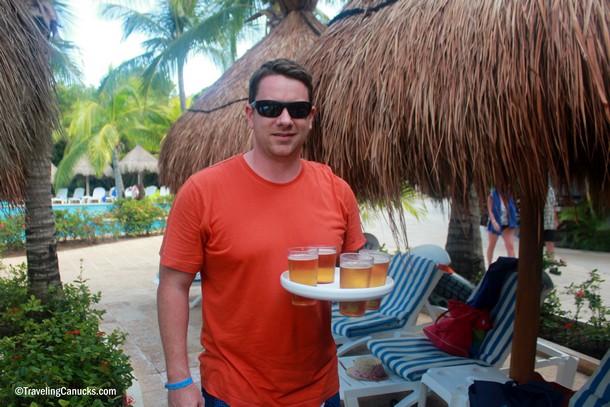 So, the burning question – what did we think of the Drink Disc?

Well, it flies similar to a typical Frisbee disc (but not nearly as far due to the holes) and it makes the transportation of several drinks easy – so it lives up to its purpose.

But, it doesn’t float… so make sure you let the beer runner know this ahead of time! 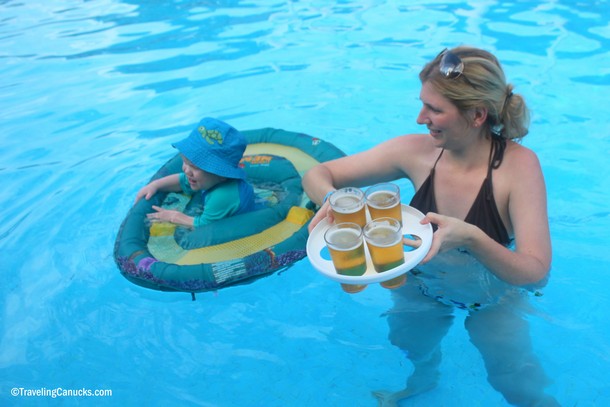 It was also a great conversation starter for our single friend that strategically threw the disc within a couple feet of a group of party girls.

Eventually he and another friend got the group of girls to play Frisbee with them, which totally made his day (and subsequently his evening). 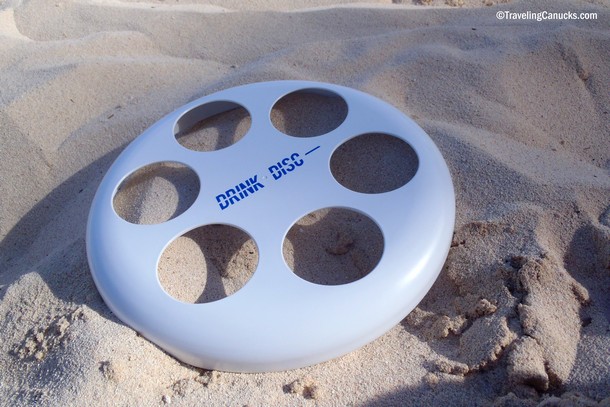 Hows does one acquire a Drink Disc?

You can purchase the Drink Disc online by visiting the company website – www.DrinkDisc.com

Editor’s Disclosure – we were provided two complimentary Drink Disc’s and charged the company our standard product review rate. However, we were not asked to write a favourable review or make several trips to the pool bar in the name of research.