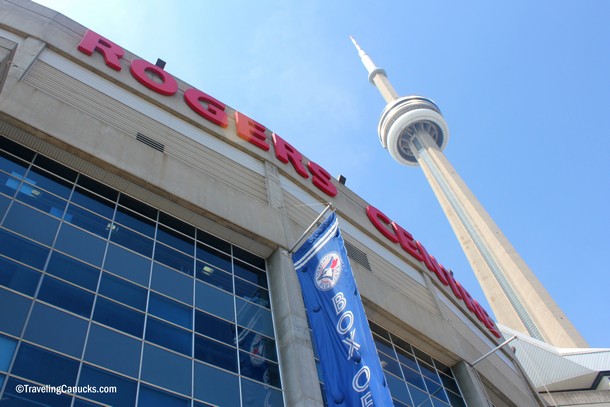 When I was a young boy, my dad would often take me and my brother to sports games in downtown Toronto. We watched the Blue Jays during the championship days of the early 90’s, the Argos during the Doug Flutie era, and the Maple Leafs during the reign of Doug Gilmour, Wendel Clark and Felix Potvin.

It was a fun period. One that firmly planted the seeds for my love of sports.

We always try to attend professional sporting events when we travel. You can learn a lot about a city and its people by sitting among them during a heated sports rivalry.

Although I’ve lived on the West Coast of Canada for nearly 15 years, my allegiance to Toronto sports teams has remained strong. Well, at least it has for the Maple Leafs and Blue Jays. 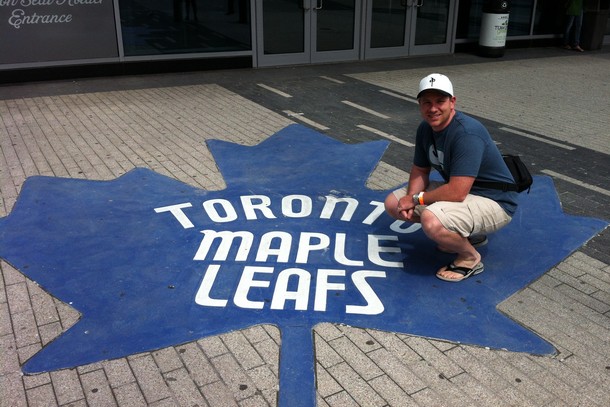 Over the years, I’ve become a huge supporter of the Vancouver Canucks (just ask Jeremy – he has hilarious photo evidence), but I always grab tickets when the Maple Leafs roll into Vancouver and proudly wear my Maple Leafs jersey at these games.

Given this love for Toronto sports teams, you can imagine my excitement when a sports tour was offered at the Toronto TBEX conference we attended a few weeks ago.

Ironically, I was wearing a Vancouver Canucks t-shirt during the tour, so my friends from both Vancouver and Toronto continue to give me grief for that one. 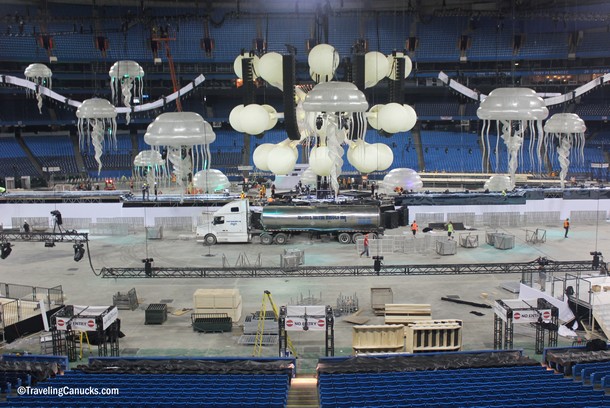 The Rogers Centre part of the tour typically allows guests to walk on the baseball field, but the Toronto Blue Jays were out of town that day and the stadium was transformed into a massive Euro-dance party that expected 20,000+ party-goers.

It’s quite impressive to see the effort and detail that was put into the one night event. A sea of empty seats made for an interesting photo 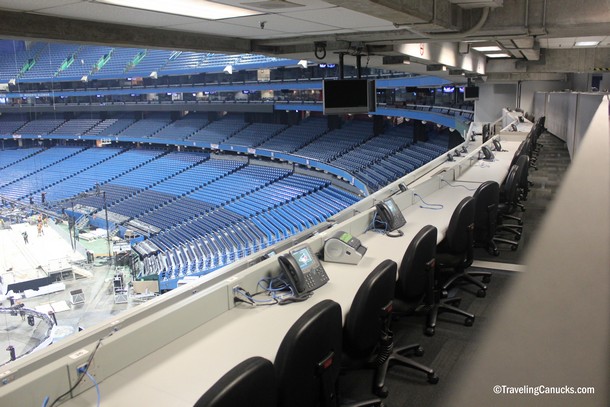 Inside the press box at Rogers Centre 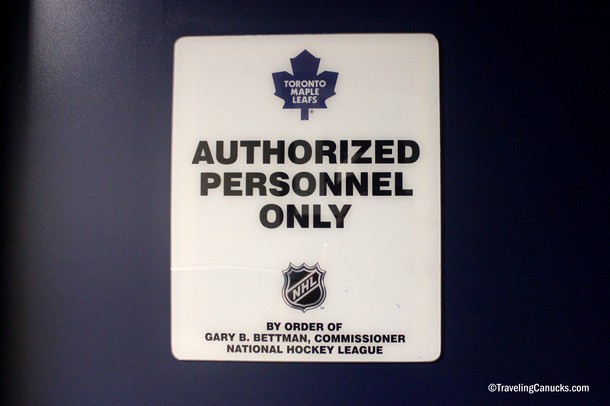 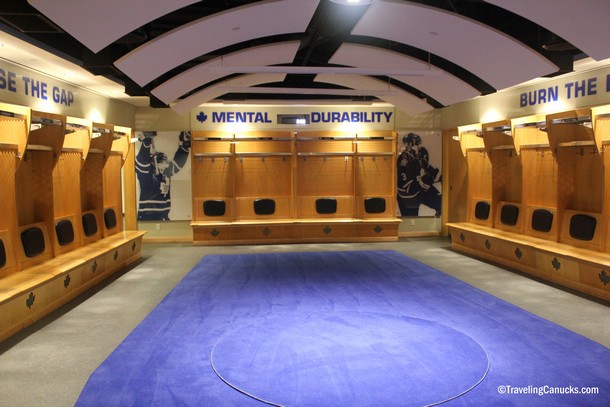 Big moment for this longtime fan – inside the locker room of the Toronto Maple Leafs! 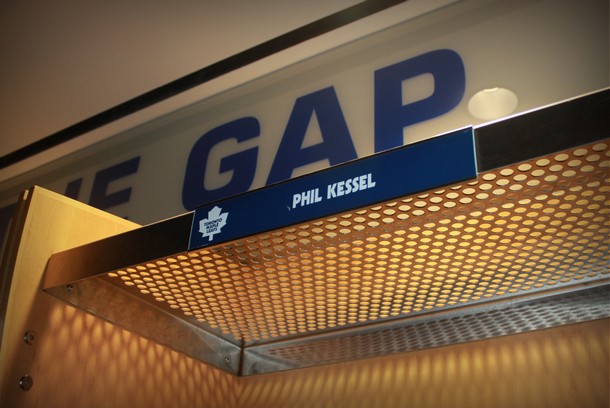 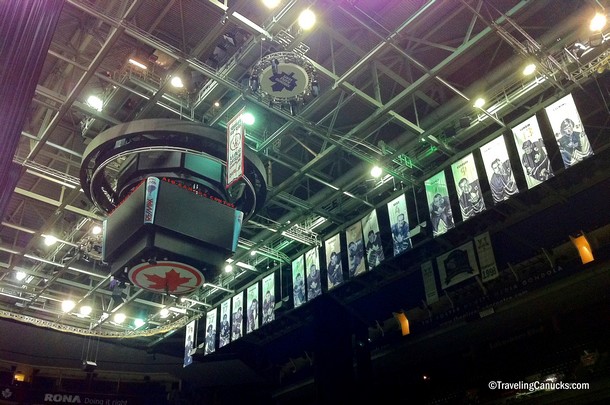 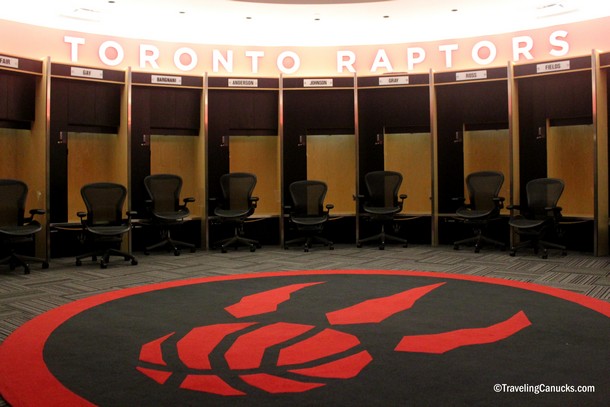 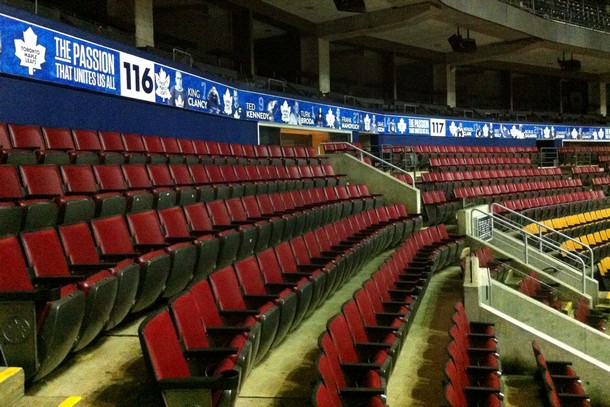 Silence at the Air Canada Centre Fun hockey statue outside the Hockey Hall of Fame 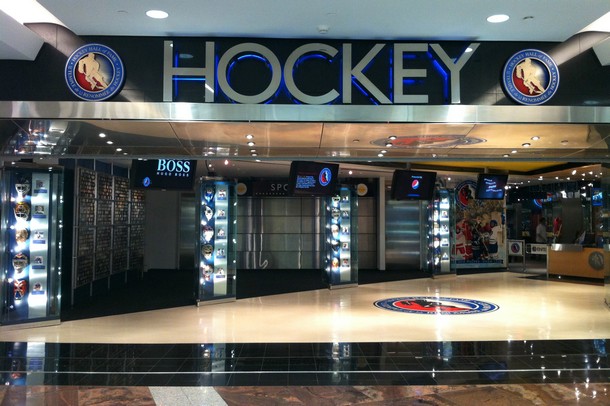 Entrance to the Hockey Hall of Fame 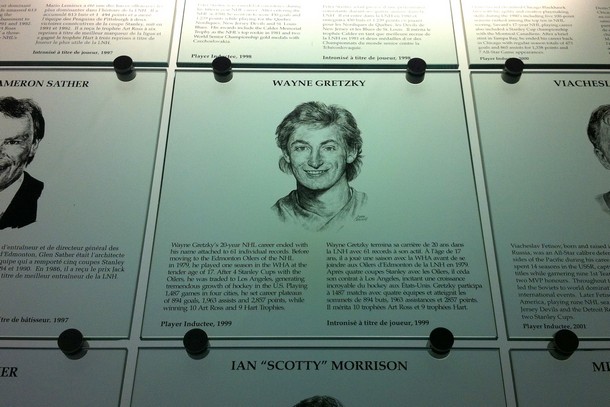 The Great One – Wayne Gretzky – on the Wall of Fame A display at the Hockey Hall of Fame with the stick and gloves used by Sidney Crosby to score The Golden Goal at the 2010 Vancouver Winter Olympics. This goal lifted a nation and gave Canada, the host country, the gold medal in Men’s ice hockey.

I’ll remember this goal for the rest of my life. The entire city erupted when Crosby scored, echoing across the Lower Mainland. There she is – the REAL Stanley CUP!! The original Stanley Cup. It’s locked behind glass in a room that feels like a vault Real Sports Bar located at Maple Leafs Square outside the Air Canada Centre. It’s one of the coolest sports bar I’ve visited. Look at the size of the screen!

Our travels have taken us to some amazing places around the world, but sometimes a simple trip back to your childhood home can deliver the same feelings of excitement and fulfillment.

Walking through the locker room of my favourite sports team certainly had that affect on me!