Touted as Arizona’s largest western-themed attraction, Rawhide Western Town is located in the heart of Wild Horse Pass in Chandler, Arizona. The 1880’s western town takes its guests on a journey back in time, to an era where spirited gun fights break out on the dusty streets and opportunistic gold miners panned for riches. 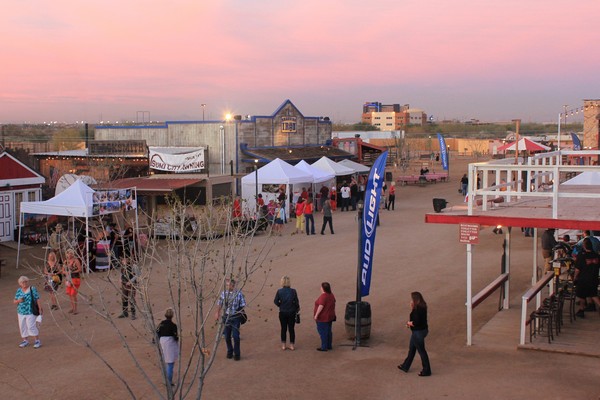 The original plan for our Rawhide visit was to take Braydon to the petting zoo, watch the cowboy stunt show and eat BBQ ribs at the infamous Rawhide Steakhouse.

That plan quickly evolved when we stumbled upon a wonderful beer-tastic surprise – over a dozen regional breweries rolled into town to show off their best craft beer at the annual Beer and Wine Festival.

It didn’t take much convincing to participate in the evening’s attraction. 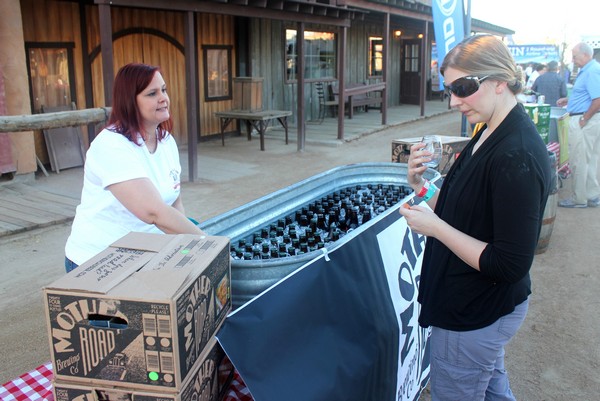 The set-up was a little strange. Well, it may be perfectly normal in Arizona, but it was new to us.

You had to purchase 15 tickets at the front entrance for $30. You were then given a glass, pictured below, which filled about 4 oz of beer or wine. If you’re doing the quick math on that, it works out to $2 per glass, which is totally reasonable.

What we didn’t like was that we had to purchase a block of 15 tickets even if we only wanted to sample one or two beers. 10 tickets were for beer and 5 tickets were for wine (we didn’t end up using the wine tickets, which was a waste).

Nevertheless, it worked out fine for us because we shared each beer. We had Braydon and Baby Connor with us, so we had no intention of cranking it up and making a night of it. 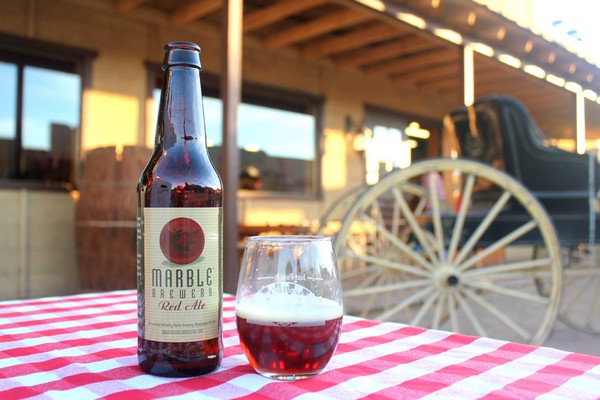 I’d like to say we kept good notes and that we remember how each beer tasted, but that would be a stretch, especially given that we sampled about 10 beers within an hour. Because of this, we won’t provide a rating like we do in our popular Beer Around the World series.

However, there were a few that jumped out, like the above Red Ale by Marble Brewery (from neighbouring Albuquerque, New Mexico). 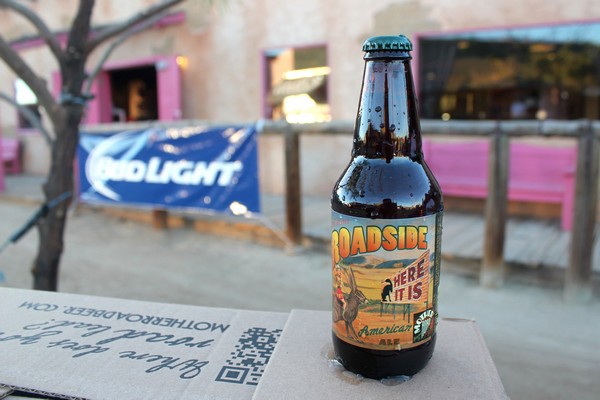 And the award for coolest beer label goes to Roadside American Ale by Mother Road Brewery, based out of Flagstaff, Arizona. Yup, that cowgirl is riding a massive jack rabbit. 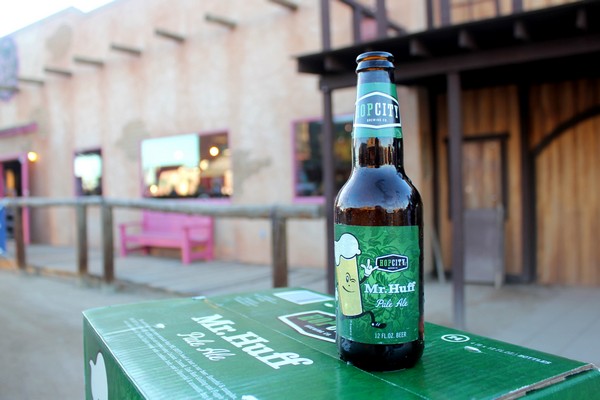 Another favourite from the evening, Mr Huff Pale Ale by Hop City Brewing 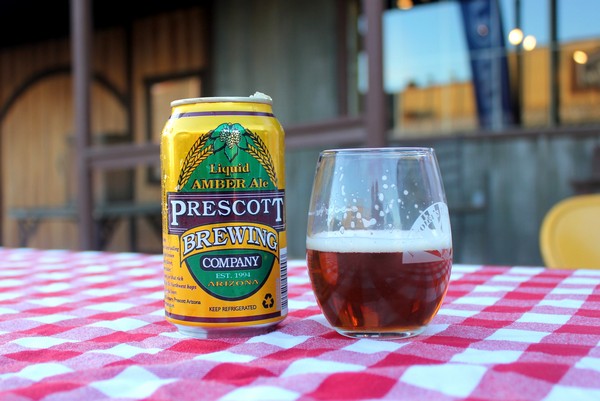 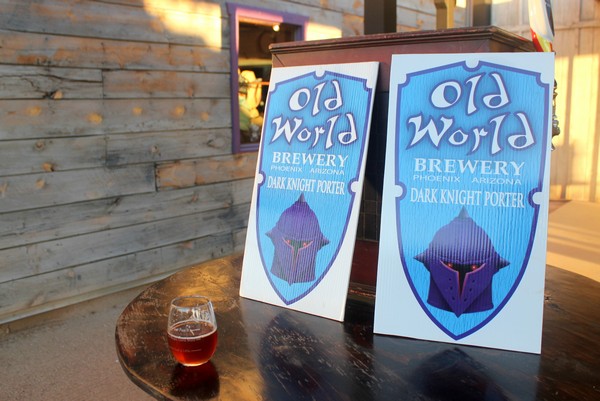 Old World Brewing from Phoenix served up five different selections, including the Dark Night Porter, Nitro Blonde and Arizona Honey Wheat (our favourite of the trio we sampled). 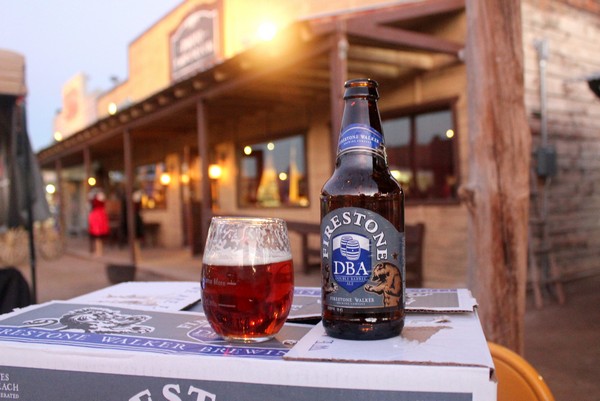 We enjoyed this Double Barrel Ale (DBA) by Firestone Walker Brewing, based out of California. 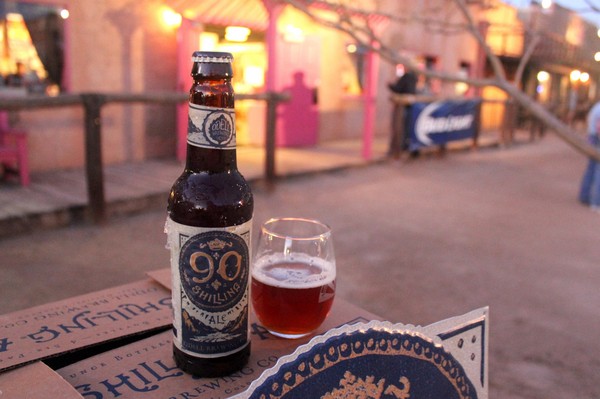 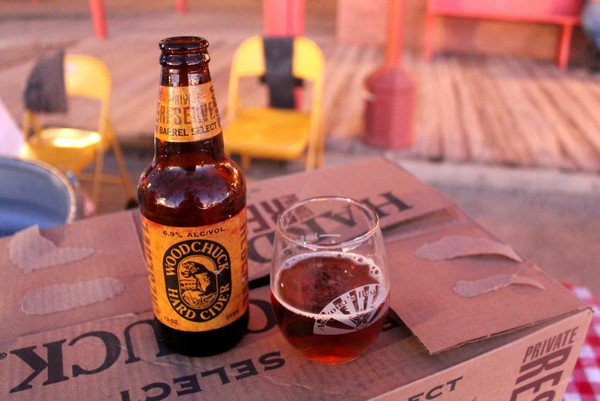 Okay, this one caught us both by surprise. The Woodchuck Hard Cider is a deceiving beverage – doesn’t it look like a beer?

The booth was close to the live music stage, so it was quite loud. A crowd had gathered, so I could barely hear what the gentleman said to me. I just nodded and handed him my glass. Hindsight tells me that he did warn me this was not beer, but I don’t think it registered until it was too late.

Wow – what a surprise! I’m sure some people like hard cider (I’m not one of them), otherwise the fad would have died a few years ago, but this one upset my taste buds and made my face cringe. Not a fan. 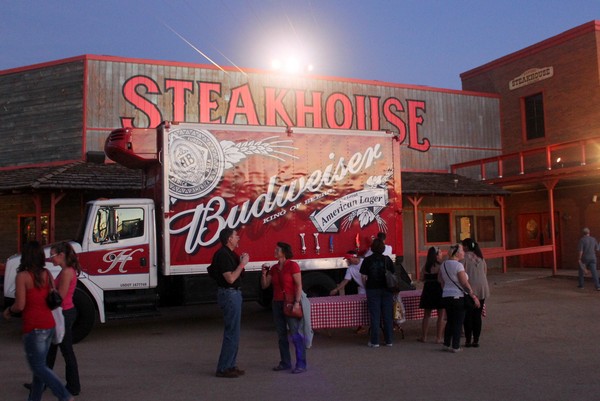 How cool is this – a mobile brewery with six draft beers on tap! This was the first time I’ve seen a truck outfitted to pour multiple draft beers. Now that’s American innovation in action! We sampled the Kilt Lifter by Four Peaks Brewing, a popular choice in the Arizona area.

As the saying goes, “Timing is Everything!”

Rawhide is a unique attraction that, in our opinion, all visitors to the Phoenix area should check out. Sure, it’s touristy and fabricated, but it’s a fun way to spend an evening with family and friends. It’s even more fun when the beer and wine festival rolls into town!

For location, hours of operation and calendar of events, visit the Rawhide Western Town website or the Visit Chandler website.