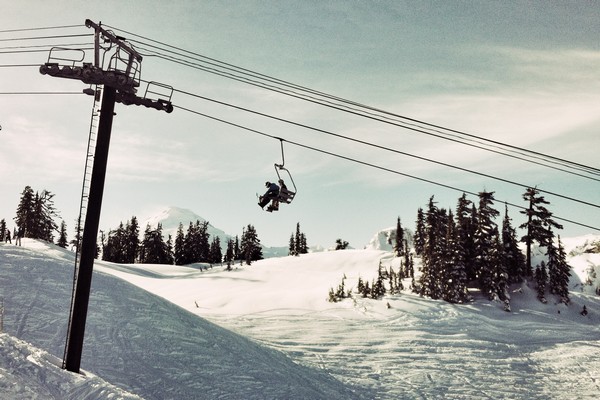 One of our travel goals for 2015 is to spend more time playing in the snow at Canadian ski resorts. We love snowboarding and the ski culture, so, after our visit to Alberta this past summer, we decided it was finally time to check out the Canadian Rockies under a blanket of snow.

In the past, we’ve found ourselves visiting tropical or warm climate destinations at this time of year. It must be a Canadian thing. When winter arrives, we pale skinned Canucks dream of aqua blue oceans and white sandy beaches (insert Corona beer commercial here).

But, after visiting Sun Peaks Resort last year, we realized how much fun ski resorts can be for young families, so we thought it was time to shake things up and exchange our swimsuits and flip flops for toques and snow boots. 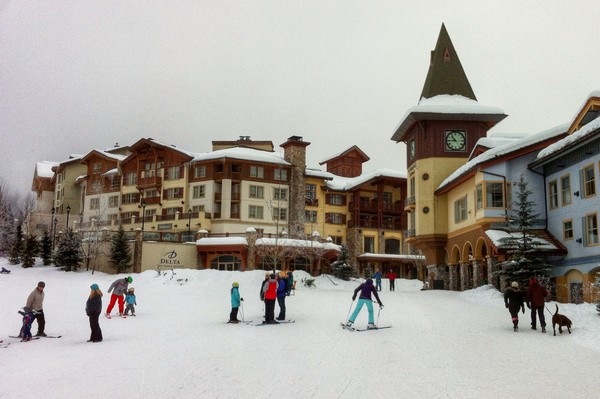 We live in Vancouver, which rarely gets snow on the ground. Many people are surprised by this, the assumption being that because Vancouver is located in the Great White North, it must be super cold and snowy all winter. Not true.

In fact, the average snowfall per year in Vancouver is only 45 centimetres (17.5 inches), with only 1 month (January) receiving over 1 day of snowfall. Not that I’m complaining. I’d much rather the snow stay in the mountains than on the city streets. Braydon keeps asking about snow. He’s 3 years old now, so he’s asking a lot of questions. His favourite cartoons and books tell him that it’s supposed to snow during winter. He knows it’s winter because it’s cold outside, but he does’t understand why he can’t play in the snow like his buddy Curious George.

“When is it snowing?” he continues to ask with his toddler curiousity.

This year has been exceptionally bad for the Vancouver local mountains. Even the former 2010 Winter Olympics venue on Cypress Mountain has less than 65 centimetres right now.

What better time to head to the Canadian Rockies and Okanagan Valley, right? 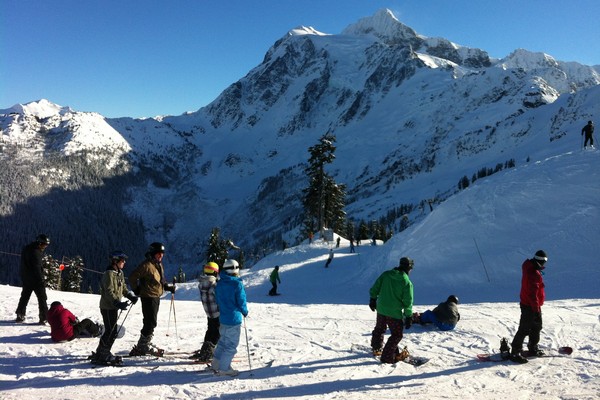 Initially, we planned to only visit one or two of these resorts. But, as luck would have it, we managed to piece together an unbelievable itinerary that has us visiting all 3 ski resorts in less than 3 weeks. Score!

Tomorrow, we board a flight to Edmonton and begin a road trip to Jasper and the Canadian Rockies. We’ve got a jam-packed itinerary with some awesome adventures that include snowboarding at Marmot Basin, dog sledding, sleigh rides, ice skating and a visit to WiNTERSTRUCK!, which is a fun-filled day at Pyramid Lake where the whole family can enjoy all sorts of winter activities. 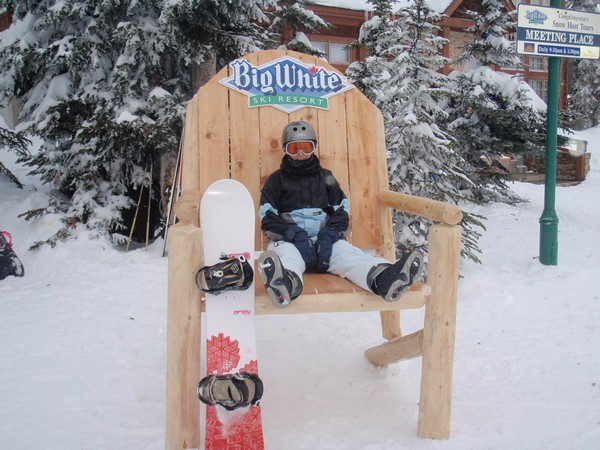 We return home for a couple days, enough time to catch our breath, do laundry and re-pack, before loading our car and taking a road trip to Big White Ski Resort in the Okanagan Valley of central British Columbia. It’s about a 5 hour drive from Vancouver, which is a long drive for 2 active toddlers, so we decided to make it worth while by spending 4 nights directly on the mountain.

After Big White, we return to Vancouver for two nights before we head back to the airport and fly to Calgary, Alberta. From Calgary, we road trip to Banff National Park and stay at Baker Creek Mountain Resort, an intimate casual mountain resort located about 20 minutes away from the Lake Louise townsite in the heart of the Canadian Rockies.

To say we are super excited is a massive understatement. Our bags are already packed and we don’t leave for two days! As always, we will be sharing real-time photos and posts on our Instagram, Facebook and Twitter accounts using hashtags #MyJasper, #SkiBigWhite and #ExploreAlberta. Come say hi!

Have you visited any of these ski resorts? Do you have any tips or advice?