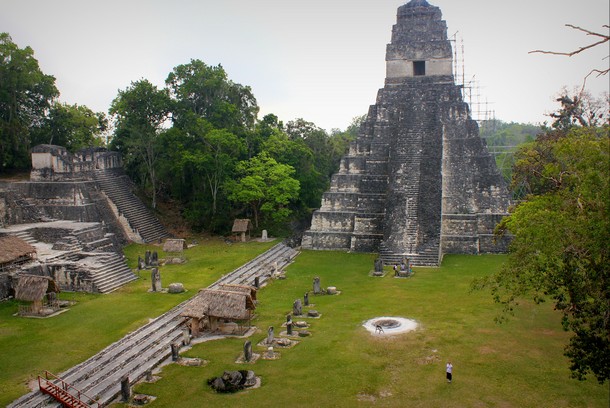 Today’s travel photo was captured while exploring the humid jungles of Guatemala in Central America. The well-preserved Mayan temples and pyramids in Tikal National Park are some of the most impressive in the world, which explains why Tikal was declared a UNESCO World Heritage Site in 1979 and why it often makes an appearance on people’s travel wish list.

During our visit to Guatemala, we decided to spend a few nights at a jungle lodge located just outside the entrance gates to Tikal National Park. This gave us the opportunity to wake up at sunrise with the howler monkeys and venture into the park before the crowds of tourists arrived.

As you can see from the image above, we had the entire park to ourselves!

Can you spot Nicole? Hint – she’s wearing a white shirt.

Have you visited Tikal National Park? What did you think?
Share your experiences in the comments section below, we’d love to read about it!