A few days ago, we revealed the location of our next big family adventure – New Brunswick!

In less than a week, we will be joining a group of North American bloggers and their families on the first #LetsGONB retreat. This will be our first time visiting New Brunswick, so we’re super excited to finally have the opportunity explore this part of Canada.

I’ll be the first to admit that New Brunswick did not initially top our travel wish list for 2015. We’ve often said, “We should visit the east coast of Canada soon,” but our travels always seem to take us elsewhere. Every day we read blog posts from our travel blogger friends, so it’s no surprise that we are easily distracted and influenced by their adventures. Sadly, we don’t typically see a lot of photos or stories coming out of New Brunswick.

Next week, that’s about to change. When the invitation to join the #LetsGONB retreat hit our inbox we shifted our focus to New Brunswick. The more we searched and clicked, the more excited we became. It looks like a spectacular place!

What separates this trip, from some of the other hosted trips we’ve been on, is that the focus is on family friendly fun. It’s all about having some good ol’ fashioned Canadian summer fun with the little ones. And we dig that. In fact, we’re kinda getting some warm fuzzies just thinking about it.

Our itinerary is jam packed with awesomeness.

We arrive via St. John and depart via Moncton. We’ll be driving around the province in a rental car, which will give us plenty of freedom to see things at our own pace (plus, it’s also a fantastic toddler nap machine).

Our first stop will be at the iconic Algonquin Resort in the seaside town of Saint Andrews. This legendary hotel dates back to 1889 and has all the romance and historic appeal that we come to associate with East Coast charm. We’ve been advised that s’mores by the crackling campfire on its private beach is a must.

Next up, we’ll jump aboard the Jolly Breeze Tall Ship for a day of whale watching and fun on the sea. The boys have not been whale watching yet and I can’t think of a better way than on a tall ship with plenty of children’s activities like face painting, pirate costumes and an opportunity to steer the ship. We’re told it’s quite common to see whales, seals, porpoise and lighthouses while sailing around the the Bay of Fundy. A big draw to New Brunswick is its phenomenal tides.

In case you didn’t know, the Bay of Fundy is widely recognized as having the highest tidal range in the world. The Hopewell Rocks, picture above, is one of the Canada’s great treasures.

We are beyond excited to be able to spend some time walking on the ocean floor at low tide. Hopefully we’ll have enough time to see both low and high tide.

Fun fact – each day 160 billion tonnes of seawater flows in and out of the Bay of Fundy during one tide cycle — more than the combined flow of the world’s freshwater rivers! [source]

We love being on the coast, so we’re looking forward to experiencing the Fundy Trail Parkway. It’s a 16 km trail that opens up previously unreachable sections along the Bay of Fundy’s coastal wilderness. From what we’ve read, the area is the breeding habitat for Right Whales and is one of he best places in the world for viewing marine and wildlife.

Some of the other family attractions we’ll be visiting are the New Brunswick Museum, Fundy Discovery Aquarium, Stonehammer Geopark, and Magnetic Hill Zoo.

Join us and the other #LetsGONB attendees as we chat with Tourism New Brunswick about everything that makes New Brunswick the perfect family vacation destination. And, if talking about awesome places is not enough of an incentive, there will be prizes. Make sure you register here to be eligible for the prizes. 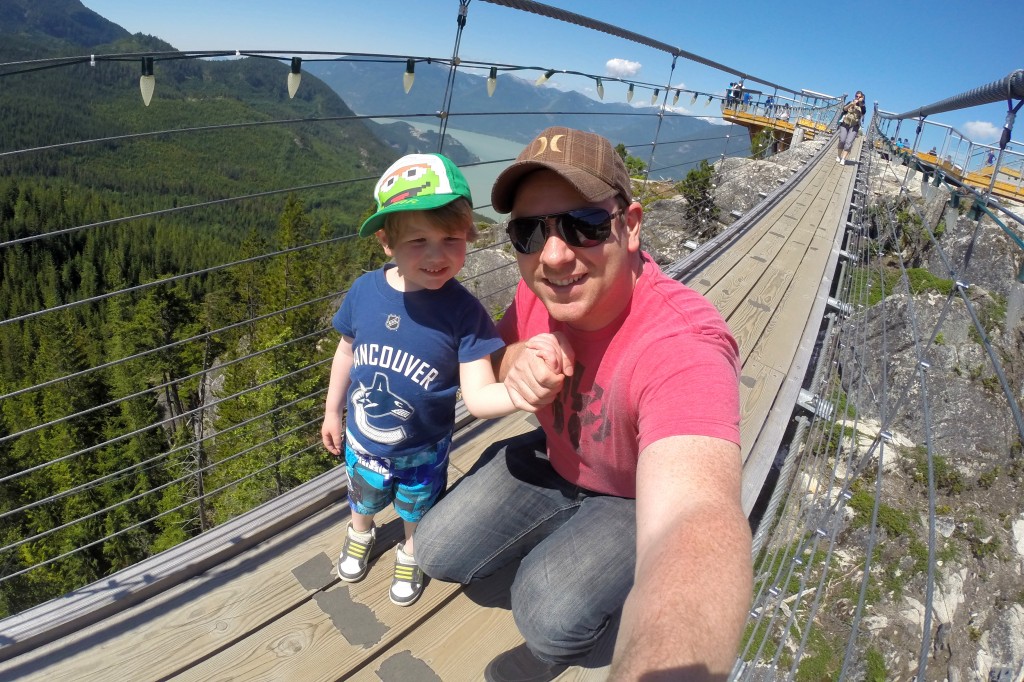 Have you visited New Brunswick? Do you have any tips or advice to share?

Share your thoughts and feedback in the comments section below!