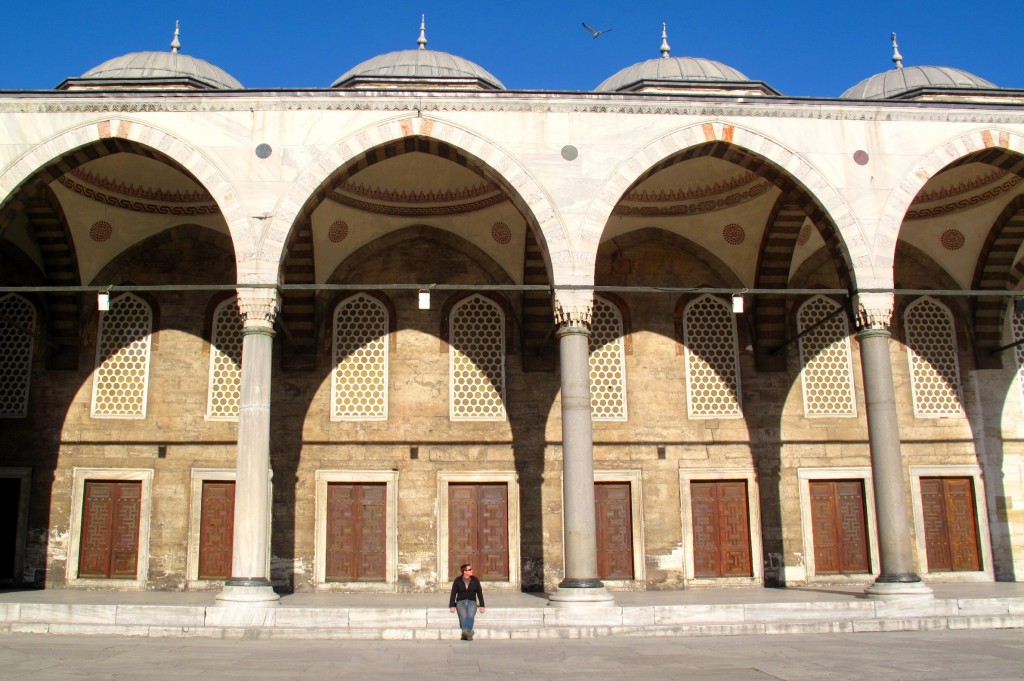 This week’s photo was captured inside the magnificent Sultan Ahmed Mosque, also known as the Blue Mosque. It’s one of several historical attractions in Sultanahmet Square, Istanbul’s Old City, including Hagia Sophia, Topkapı Palace and the Hippodrome.

Built from 1609 to 1616, the mosque is often referred as the Blue Mosque because its interior has over 20,000 blue tiles that line its ceiling. An interesting feature that makes the Blue Mosque unique is that it has six minarets, whereas mosques traditionally have one, two or four minarets.

Unlike neighbouring Haghia Sophia, the Blue Mosque is still a working mosque. Entrance is free but donations are welcome upon exit. 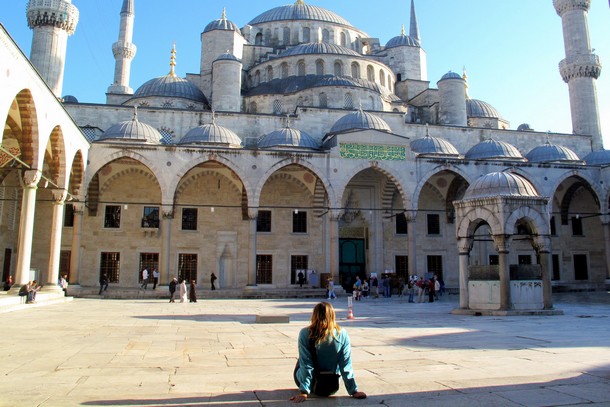 The photo above shows what the mosque looks like from a different angle. If Nicole were to look to her right, that is where the first photo was taken. It’s an impressive piece of history.

Have you visited the Blue Mosque in Istanbul? What did you think?
Share your experiences in the comments section below, we’d love to read about it!