Today’s guest post shares a few tips for capturing awesome travel videos. We’ve hit the pause button on travel for the next few months (because of this), so over the coming weeks we will be sharing a couple of guest posts and stories from previous trips.

If you’re planning a family vacation this winter, read this post about Common Family Travel Mistakes (and how to avoid them).

If you are looking for a handful of practical tips for shooting awesome vacation videos, you’ve landed on the right page. In this post, we’re sharing a few small tweaks coming from Cristian, a video editing engineer who makes living as a freelance videographer and video editor.

First and foremost, you want to take time to plan your video before you actually start the trip. Think about how you want it to look and feel. What style are you after? What story do you want to tell? 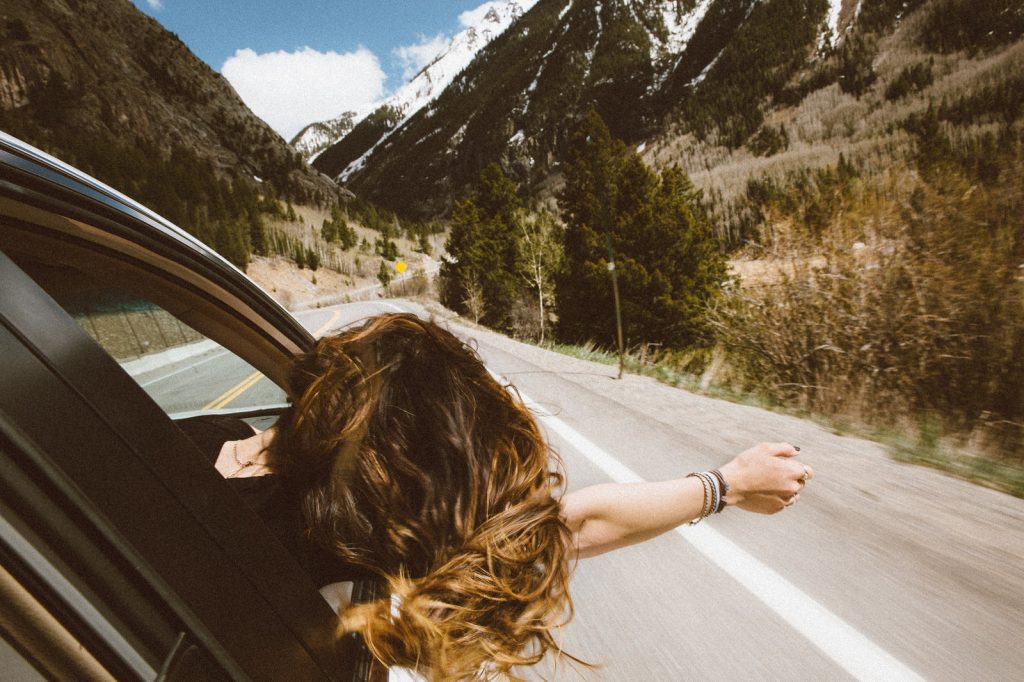 Ideally, you don’t want to only include a bunch of shots of your trip highlights. Instead, try to create a buildup which leads to the main shots of the location you are visiting.

To do that you will have to shot a lot of B-roll, such as, getting ready for the trip, commuting to the airport or preparing your gear for a hike or a dive, or whatever it is that you are doing.

Add in those shots in a creative way so they build up to the point where you unveil that epic view from the top of a mountain or the underwater shoot of a shipwreck sitting at the bottom of the sea.

If you’re using a smartphone to capture your travel video (which is totally fine since today’s high-end devices have awesome cameras), there’s a really quick and easy way to change the look and feel of your video.

Even though this sounds like a no-brainer, the truth is that the majority of people record videos vertically or in portrait mode. I suppose this is because that’s how most of us hold our phones. But when you actually transfer your footage from your phone to your computer and start looking at those videos, you’ll see just a tiny little image with big black bars on the sides. There’s no question about which one looks better, so remember to film horizontally from now on. Your footage will look more professional, it will fill up the whole screen and you can do so much more in post-production with horizontal videos.

Speaking of smartphone videos, another issue with phone cameras is that a lot of the shots are shaky. Shaky footage is not pleasant to watch. It makes the video look amateurish and you can’t edit out shaky footage later on.

Nobody (or almost nobody) travels with a tripod on them, but there’s a quick fix to remove shakiness from handheld shots. By keeping your hands really close your body, with the elbows tucked in, the shoot will be much more stable. Use both hands when holding your phone or camera.

If you want to capture still videos – where the camera is not moving at all, but it captures the movement in the shoot instead – put it down on the bench, a car or anything else that would work for that particular scene. This will basically work like a tripod. 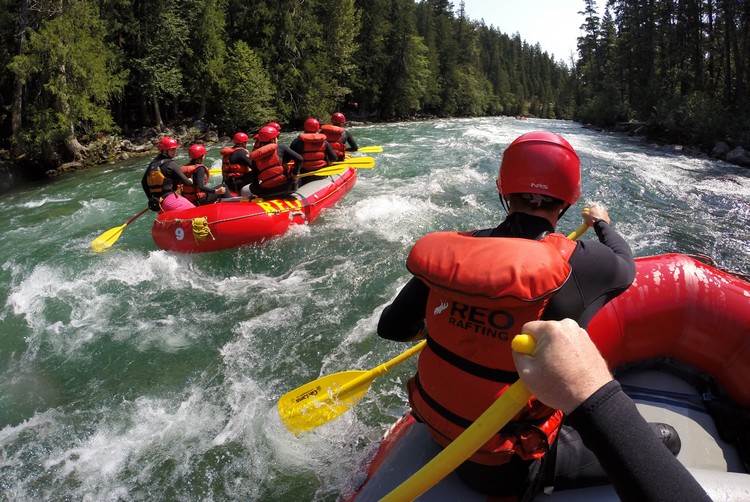 Most people pull out their phone or camera and start pointing at everything around them as they go. Instead, put some thought into your shoot and have a plan. Take a few minutes to look around and decide what you would like to include in your video.

It helps to start by thinking about what you want the final piece to look like. What scenes would tell the best story? What landmarks do you want to include? Does it make sense to interview someone or have someone explain what you are looking at?

You want to have fun on your vacation, rather than being obsessed with filming everything, so if you plan your shoot ahead of time you can capture you footage and then put the camera away.

If you’re having trouble coming up with a theme or a style for your video, think about your favorite song or listen to the soundtrack that you want to use in your video. That should help set the right mood and visualize how the clip should look like. This tip will make a world of difference and it’s so simple to implement.

As you know, lighting will greatly impact the way pictures and videos look. Everybody knows that cameras perform poor in darker shots, right? So it makes perfect sense to shoot at mid-day. Well, not really.

Super bright scenes will mess up with the sensor of most consumer cameras and you’ll get shots with blown-out colors that just look dull. There’s a think among videographers and photographers called the “golden hour”, used to define that moment which can be either early in the morning, either at dawn, when the sun is really close to the horizon line.

You know the time of the day when the sky looks like it’s on fire and the blend of light and shadows makes everything around look epic? That’s basically what “golden hour” means. And that’s when you want to shoot.

Your scenes will look so much better, guaranteed!

Slow motion is huge! This will make a massive difference in your videos. If you can shoot in slow motion, then definitely give it a try. Most of the new smartphones have slow motion as a built-in feature.

If you are using a DSLR, see if you can find the 120 fps for super smooth slow motion shots. Or at least the 60 fps. You will probably need to lower the resolution, but as long as it’s at least 720p you should be fine.

Slow motion footage will add a more cinematic and emotional feel to your videos, so do experiment with it a little bit. It will grow on you. 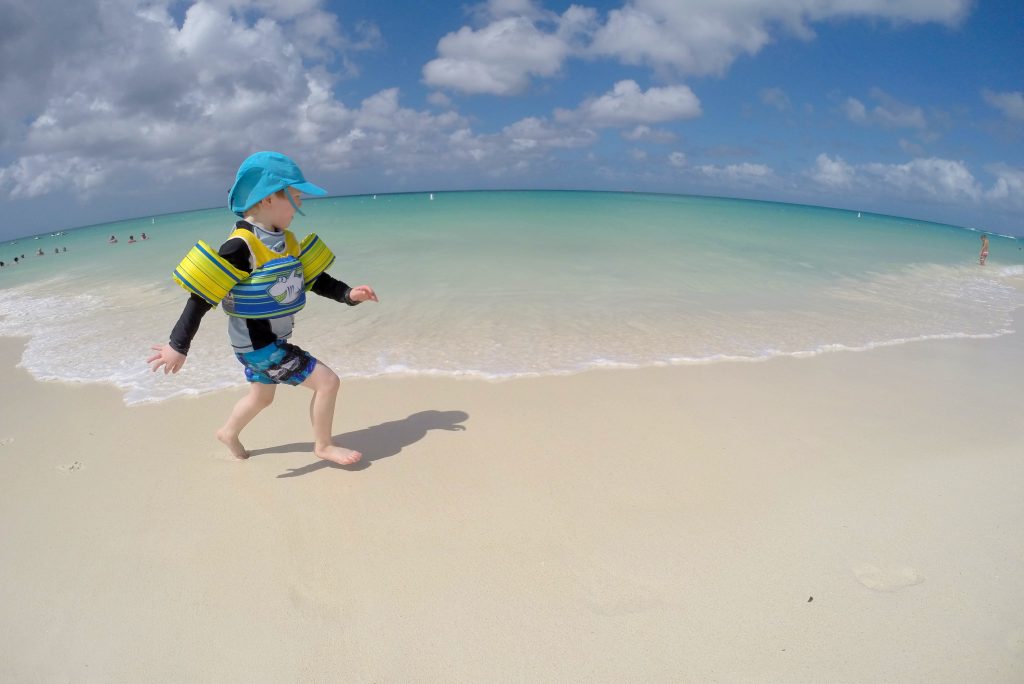 The small size of GoPro cameras and their amazing video quality have transformed them into a must-have travel camera, rather than just an action camera. They are so much more convenient than a DSLR camera or mirrorless camera, for example.

I know there are a ton of travel bloggers using them and, if you’re reading this, there’s a pretty good chance you own a GoPro too. So, here’s how to get the most out of your GoPro when you’re traveling.

If you want to get 100% out of your GoPro you need to use the right accessories.

As dumb as it may sound, the most important thing is to have enough power, so if you can, carry a few extra batteries with you. The newer models like the Hero 5 and Hero 6 tend to eat up the battery pretty fast, especially if you are using higher frame rates.

A GoPro selfie stick always comes in handy. The longer, the better. If you do a lot of underwater shooting get a floating wrist grip and maybe a red filter to improve the quality of the shoots. 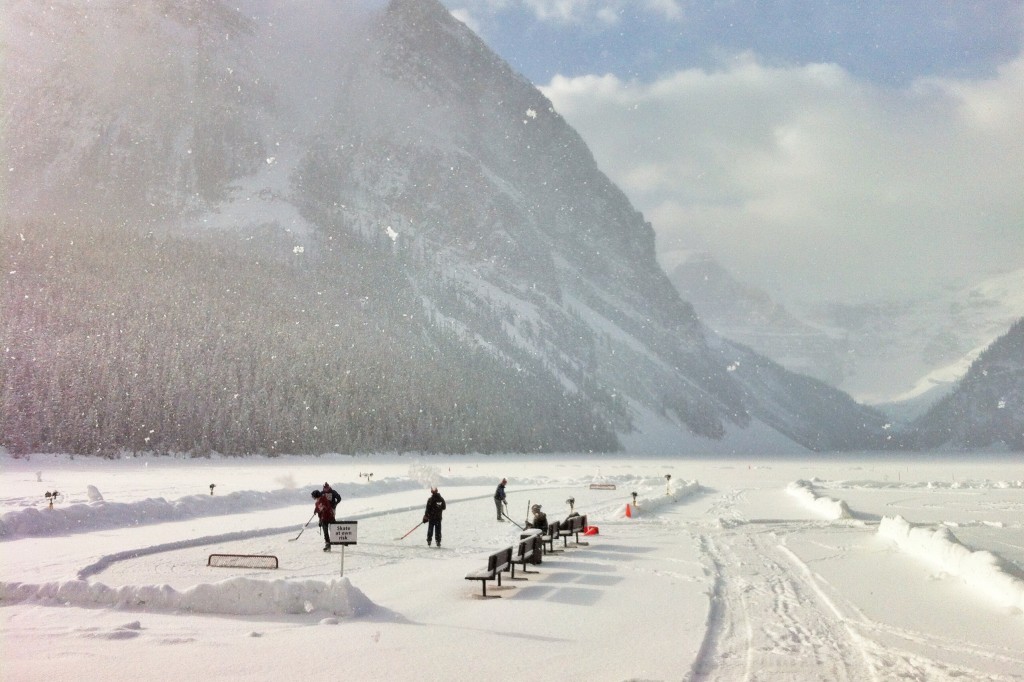 Use the right settings

For videos, I always recommend sticking with 1080p at 60 frames per second. It works great every time.

If you’re after the slow-mo effect, crank up the shutter speed to 120 fps or even 240 fps if you have a Hero 6. Be careful though. High frame rates will result in grainy looking footage if the lighting is not good.

For pictures, use the highest possible resolution. If you’re into high-speed action sports, the Burst Mode or Time-lapse are great. Don’t overuse them though. You will run out of storage space fast.

Another thing you can play with is the field of view. It’s GoPro’s own way of zooming in and out.

The Superview and Wide modes will work great for 90% of the shoots, but if you want to get a more zoomed in shot of your subject without actually getting closer, use the Medium or Narrow settings. You can read more about how the GoPro Field of View setting works over here. With the GoPros being so small you can literally place them anywhere.

And you want to experiment with that a lot. You can get unique shoots by putting your GoPro in a tree, in a hole in the ground or on the outside of the train by using a suction mount.

There’s no other camera that will allow you to use this kind of perspective, so make the most of it! Bonus Tips — Shooting with a drone

Because there’s a big hype around drones these days, and you can buy one for much less than you could a few years ago, I’ve decided to include a quick list of tips for the drone owners out there as well.

The ND filter will be your best friend as a drone owner. Neutral density filters act like shades for your drone’s eyes. The reason you want to use these filters is that normally drone cameras have the tendency to overexpose, which results in jittery looking videos.

This is especially noticeable on the surface of the water or roofs tiles or any object with a rich texture.

You can optically correct this overexposure by putting a darker piece of glass over your camera’s lenses – which will be your ND filter. Depending on the particularities of the scene, you may need to use a darker or less dark filter. That’s why these often come in packs so you can pick the right one for the right moment.

Flat image style refers to a setting you can select from the menu of the camera, which basically turns off any artificial altering of the image. It will let you film without having the camera changing the colors, brightness, saturation and contrast.

This will result in a dull (kind of grey-ish) video, but it will give you more room to play around with the settings when you edit your video. You can bring out certain colors more and you can make the video more or less saturated. Play around with these settings to experiment with your video’s style and mood.

Lastly but not least, if you are going to combine shoots from different cameras in your final video, you will need to color match all of them so that everything looks the same. By default, videos coming from an iPhone will look different than the ones coming from a GoPro or drone.

You don’t want that to be noticeable in the final cut. All video editing software will allow you to color grade and match your videos.

Hopefully these simple tips with help you improve your vacation videos. Keep in mind, these tips are guidelines, rather than strict rules. Get creative with your filming and remember to experiment and have fun!

Read next — Holiday gift ideas for the traveling family (or you!)