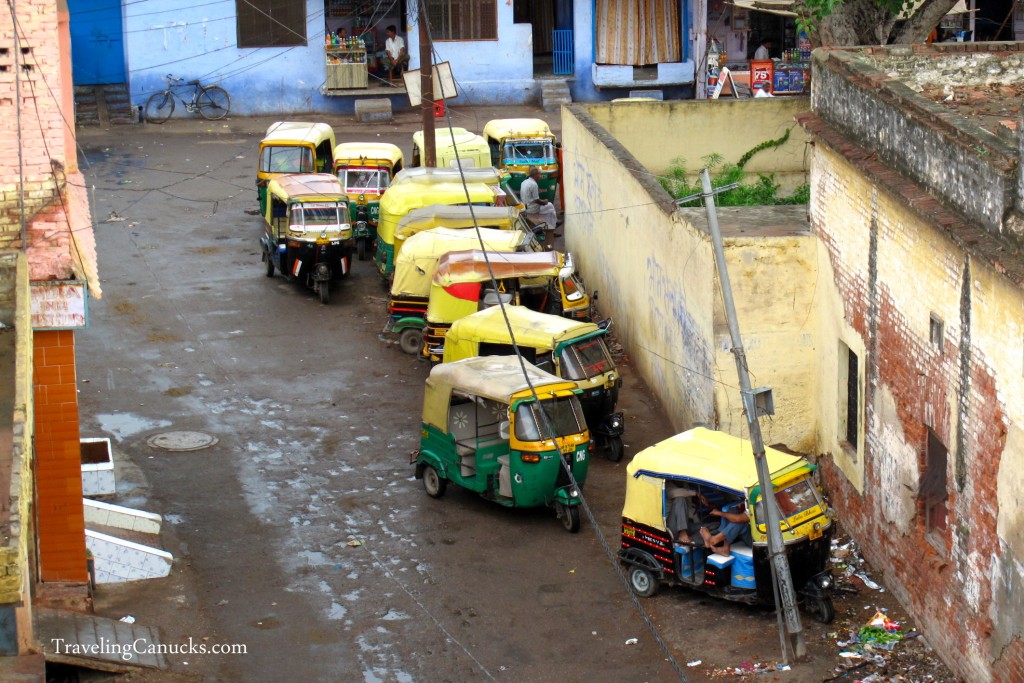 Transportation in India – What the Tuk Tuk?!

We originally published this post back in 2010, after our first trip to India. We spent 5 weeks backpacking across Northern India. I actually wrote most of this post on a moleskine notepad while traveling on an overnight train from Udaipur to Mumbai. Yes, an actual pen and paper!

I was cleaning up some old posts and I stumbled on this one. I thought it would be fun to re-publish, as most of you likely have not read this one.

If you’ve visited India this one should bring back some memories! 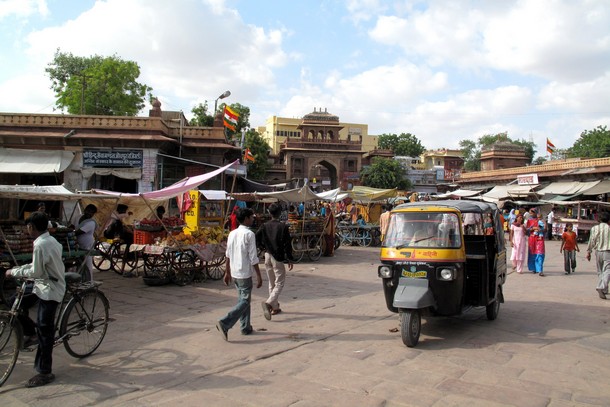 Transportation in India is unlike anywhere else

Travel and transportation through India can be challenging. At times, it can be a frightening ordeal that leaves you speechless, questioning why you would subject yourself to such unnecessary distress.

Let me walk you through a typical tuk-tuk experience.

First, the majority of tuk tuks (aka auto-rickshaws) are falling apart and should not be allowed on the road. They’re basically a lawn mower with a rusty metal bubble on top, hardly the type of vehicle you’d want to get into an accident with.

Second, we’re not convinced that the majority of drivers even have driver’s licenses; and if they do, the government should seriously consider beefing up the testing and qualifications process.

Finally, drivers must learn to decipher which way the flow of traffic is going… and stick to that direction. That means do not cross into oncoming traffic dummy! 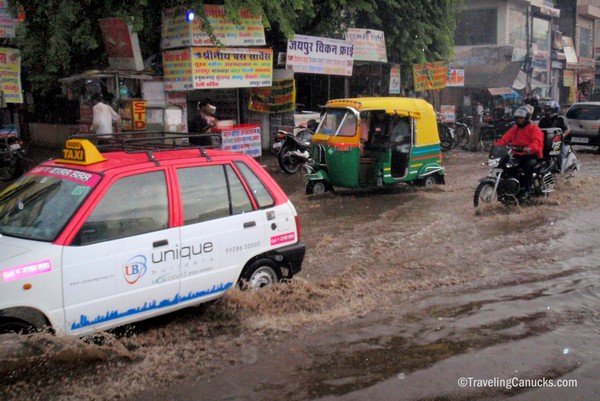 The Tuk Tuk experience in India

After firmly negotiating the fare you climb into the dirty, rusty auto-rickshaw careful not to cut yourself on loose metal. You then reach into your pocket, take out your hand towel and cover your mouth to protect yourself from the never ending clouds of foul black emissions.

The tuk-tuk rolls forward, you hold on tight and keep your eyes focused straight ahead.

The tuk-tuk forces its way down a narrow beat-up street, cautious of the large potholes and never ending stream of pedestrians. It randomly bounces from one lane to another with no regard for what’s going on behind. 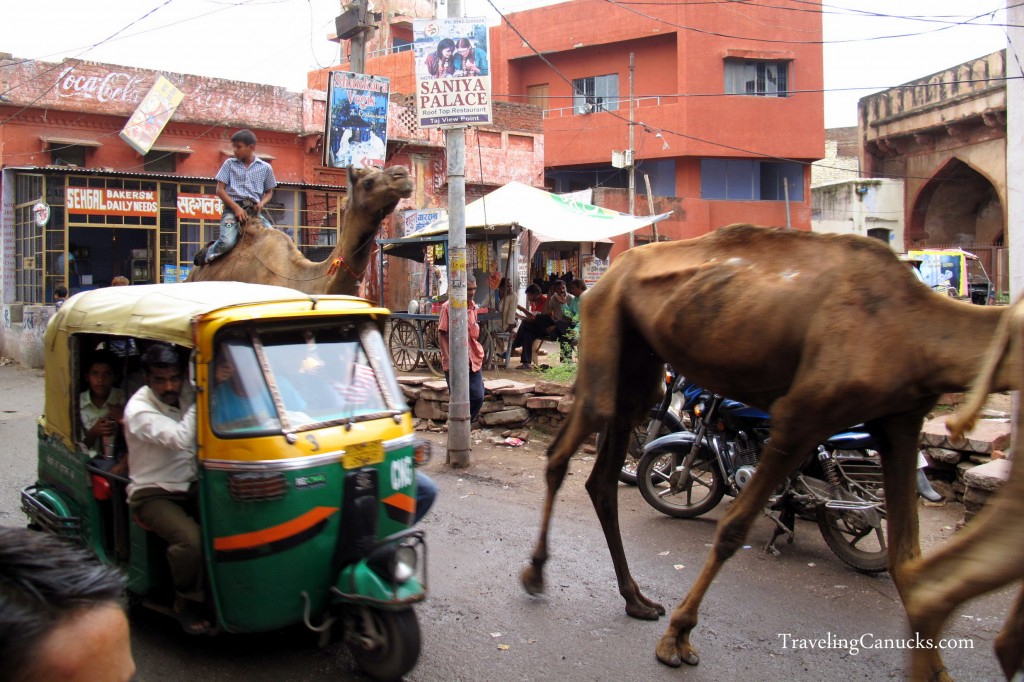 A car in front is driving in the center lane… oncoming motorcycles are forced to use the dusty shoulder instead. There isn’t really a need for road lines, nobody uses them anyways.

The tuk tuk speeds up as it approaches the looming intersection.

You hang on tighter, knowing there is nothing you can do at this point… you’re committed to this journey. At the last minute, the calm driver slams on the brakes and makes a jerky right turn, squeezing between a bus and a pack of masked motorcyclists.

The decrepit bus spits up a cloud of black smoke that fills the cab of the auto-rickshaw. You cough and sweep the cloud away with your hand but it’s no use, you’ve already swallowed the burning diesel fumes. 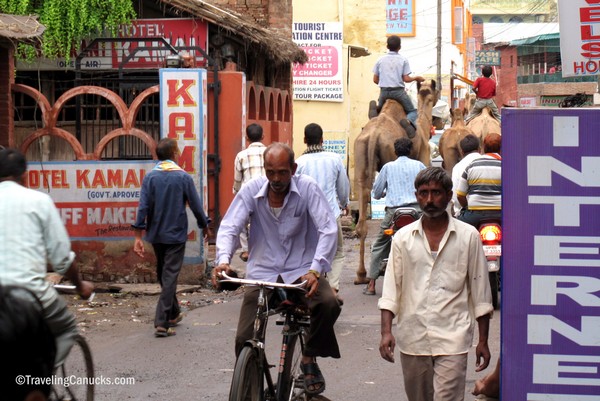 Most intersections do not have traffic lights.

The flow of traffic rarely stops. Some are roundabouts, but mostly it’s the standard crossroads. Street signs are mostly a guideline.

The driver inches his way into the chaotic intersection, continually beeping his horn and cutting off motorcyclists and overstuffed jeeps with passengers hanging out the rear window.

There is no protocol.

Glancing over your shoulder, you see another tuk-tuk rapidly approaching at full speed.

You close your eyes and brace for impact.

He hits the brakes and comes to within an inch of your vehicle; the oncoming driver gives you a big smile, thinking “you must not be from around here”.

He chuckles and moves on. His passengers stare at you with strange curiousity. 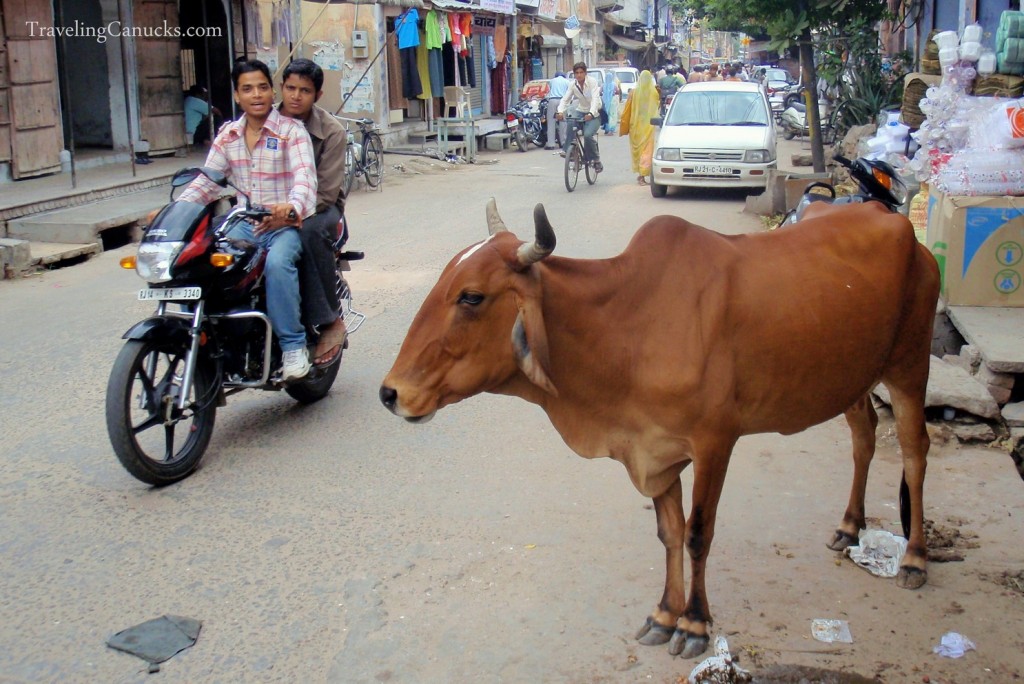 The driver honks at a dilapidated truck three times.

Why three times, you ask?  It doesn’t matter. It’s like the Wild West and drivers have itchy trigger fingers.

There is a commotion twenty meters ahead. Vehicles are swerving to avoid something.

You stretch your neck up to see what’s going on. What’s blocking the road?

Of course, it’s a pair of large brown cows sitting in the middle of the busy intersection!

They gaze at the tuk-tuk as it passes by, oblivious to their dangerous choice of resting place. You do double take… are they really chewing on a dirty plastic bag?  Oops… the tuk-tuk just ran over a cow patty.

The driver smiles, then spits red slime out of his mouth. You watch it blow in the wind until it splats on the road. Gross. You see a bus picking up passengers ahead. The tuk-tuk’s speed recklessly increases. Without any warning, the bus makes a sharp turn into traffic with very little speed. The bus driver doesn’t care; he assumes that every one behind him will figure it out.

The tuk-tuk slams on the horn (before the brakes) and swings to the right, it feels like the tuk-tuk is going to flip. It doesn’t. In fact, you’re almost impressed by how well it handles jerk reactions.

A motorcyclist is coming at you head on… what is he doing?

He gives a long, loud beep, signaling that he is not moving out of the way. Your head starts to hurt. You smacked it on the metal roof earlier when the tuk tuk violently hit a string of deep potholes. 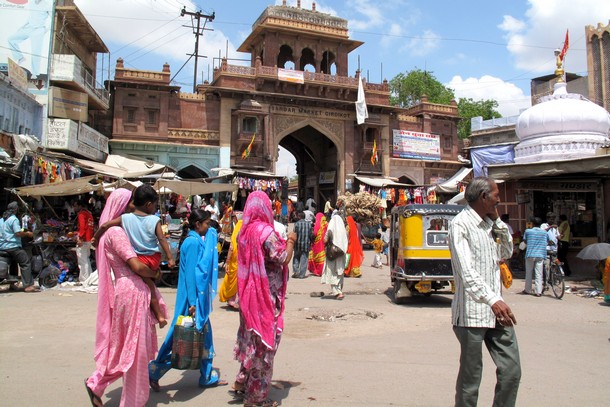 Are we there yet?

You turn the corner and are instantly stuck in a traffic jam.

You’re trapped and not moving. Vehicles are jammed into seven lanes. The road only has three.

The air smells like something is burning. Could there be a fire nearby? Nope, it’s only a pile of garbage burning on the side of the road.

There’s a uniformed traffic officer blowing a whistle and waving a bamboo stick. He smacks a cyclist on the hand; the cyclist was trying to jump the queue. Not on his watch.

You look to your left; a big brown cow is staring at you.

Out of nowhere, a small homeless child reaches into the vehicle and grabs your arm. She points to her mouth and says “One rupee”. The tuk tuk driver swats at her and curses something foul. He’s seen this all too often. The air is hot, it stinks.

Then it opens up. Stop… start. Stop…start.  The tuk tuk inches its way forward.

Then, you finally arrive at your destinations. You made it!

The driver asks for 80 rupees… you agreed on 50 rupees. 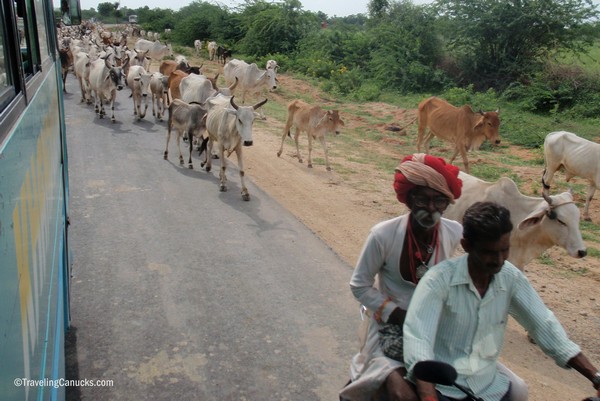 When driving through the countryside the rules change.

The bigger the vehicle, the more damage it can cause… thus giving it the ‘right of way’ status. We typically traveled by bus on highways but were strongly encouraged by several locals to take the train instead, for safety reasons.

Like a vehicle graveyard, many trucks and buses are scattered along the roads, one had even slammed into a brick wall and was abandoned.

As they approach slower vehicles, drivers wail on the horn and pass them, regardless of the oncoming traffic. Approaching vehicles pull onto the shoulder for fear of death. Bicyclists and pedestrians are within inches of being clipped, seemingly oblivious to the danger. 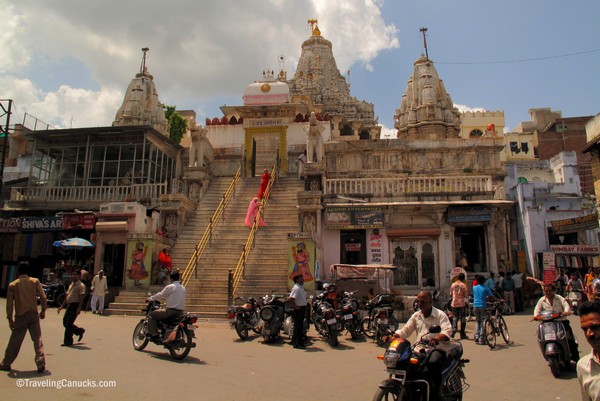 Do you have an interesting Tuk Tuk experience?

Read next – You must visit these top 10 Ireland attractions

10 Common Family Travel Mistakes (and how to avoid them)