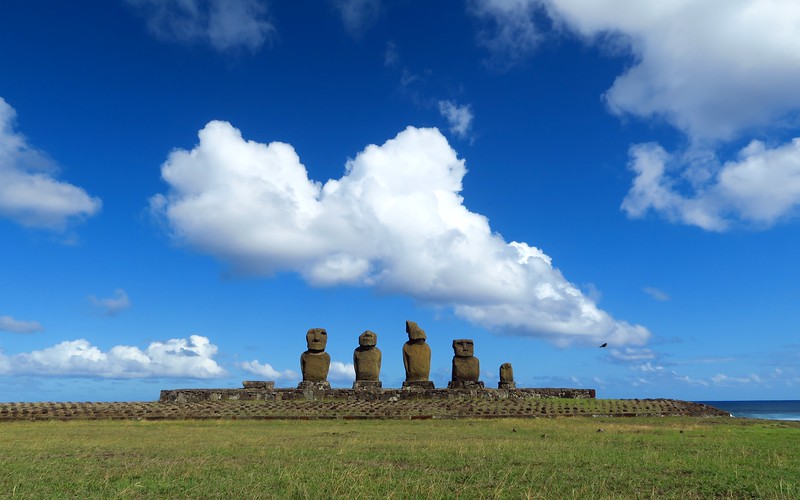 The Moai Statues of Easter Island

Easter Island, also known as Rapa Nui and Isla de Pascua, is one of those far away places we heard about but never thought we would have the opportunity to experience firsthand.

The remote island seems almost fictional, like something out of a childhood bedtime story. At times, it feels as if the island was never meant to be re-discovered by modern man, as if it has a dark history that it doesn’t want to reveal to the world.

We knew very little about Rapa Nui, aside from the iconic images of giant stone heads that oddly pop out of the earth like a man buried in sand on the beach with nothing but his head visible.

It’s a surreal feeling to be in the presence of the ancient Moai statues, alone and deserted on a volcanic island surrounded by wild horses and whispering trade winds. At times we had to pinch ourselves to remind us that it wasn’t a dream, that we were actually walking on the legendary island.

The story is that over 800 years ago, the ancient Polynesians who inhabited the island crafted the giant heads by carving them directly out of the volcano at Rano Raraku (also known as the quarry or the nursery).

Then, without access to modern day equipment, they somehow transported these insanely heavy statues around the island and resurrected them on massive stone platforms called an “Ahu” (see the photo below).

Photos of the Moai Statues on Easter Island 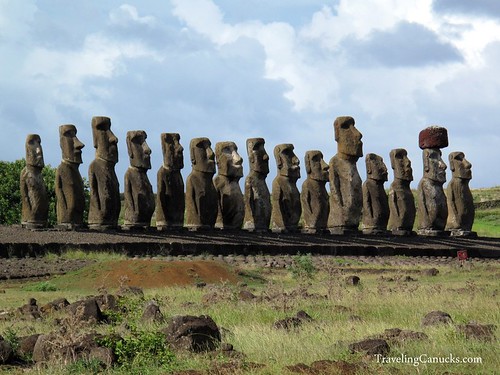 Ahu Tongariki near Rano Raraku, a 15–Moai Ahu excavated and restored in the 1990s 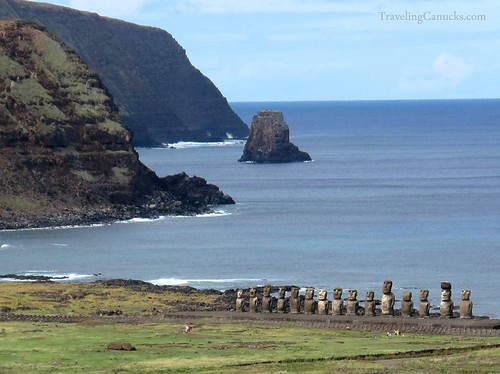 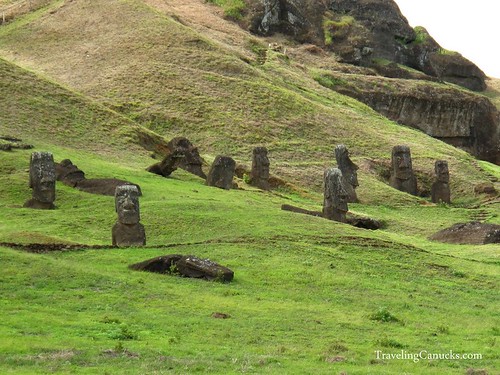 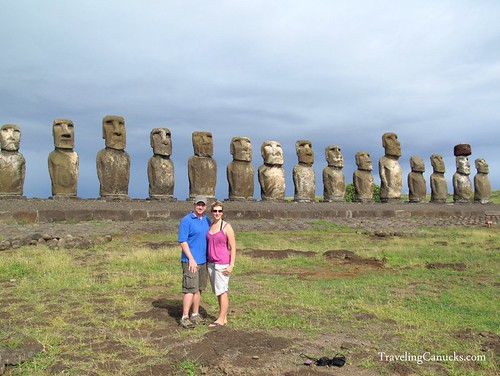 Happy couple fulfilling a dream, Ahu Tongariki in the backdrop 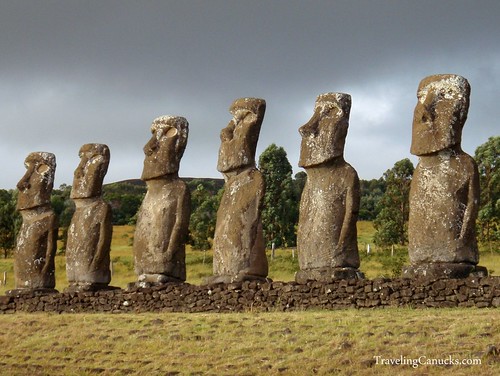 Ahu Akivi, a popular ahu with seven moai statues located over 9 km from the quarry 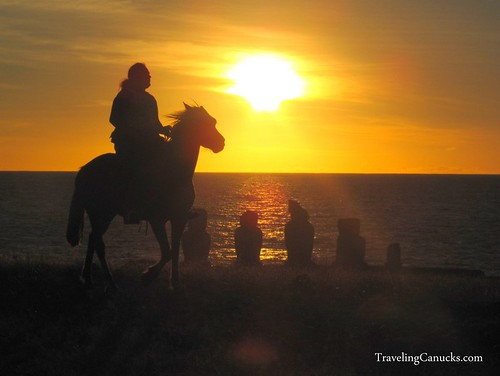 Resident of Hanga Roa riding his horse at sunset 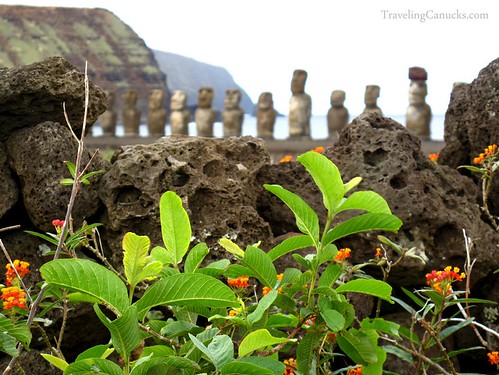 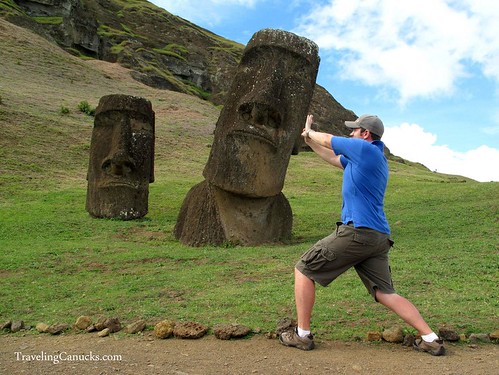 Just a little to the left… 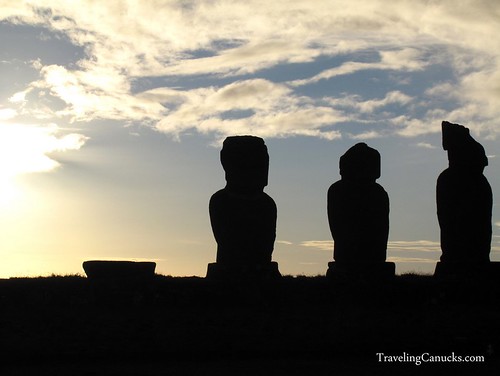 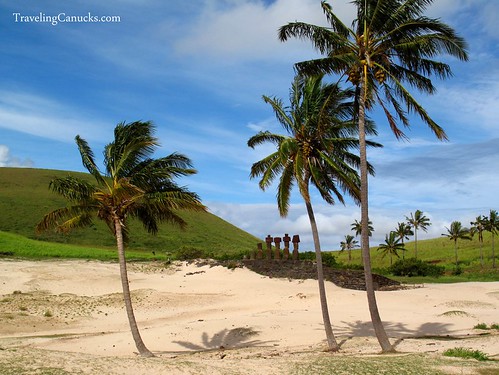 Anakena Beach and its tall tropical palm trees. Anakena is unusual for Easter Island
because it’s one of only two sandy beaches in an otherwise rocky coastline 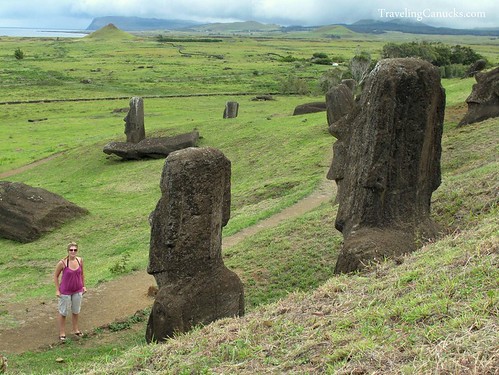 Nicole dwarfed by the massive moai statues at Rano Raraku.
At times it felt like we were the only people on the island, adding to the eerie atmosphere 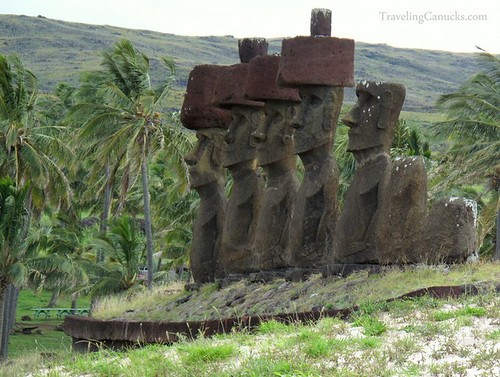 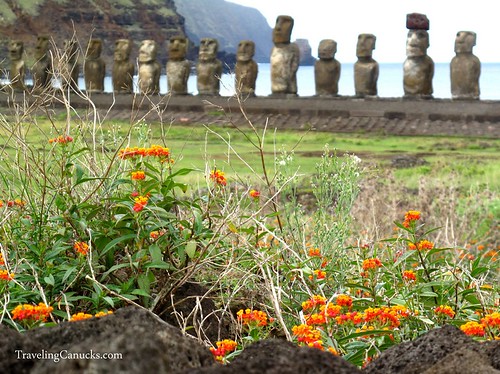 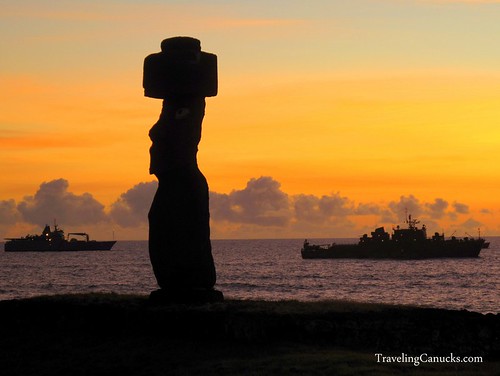 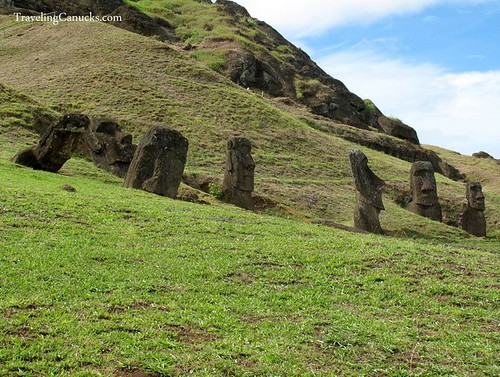 Rano Raruku, the main quarry where most of the moai statues were carved 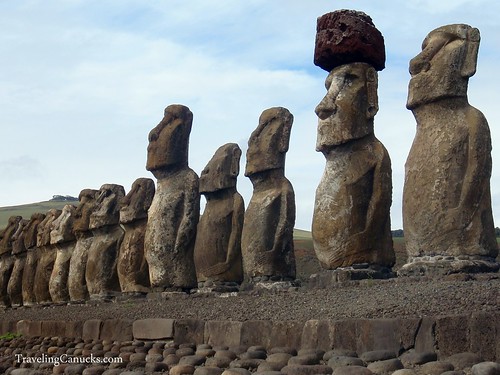 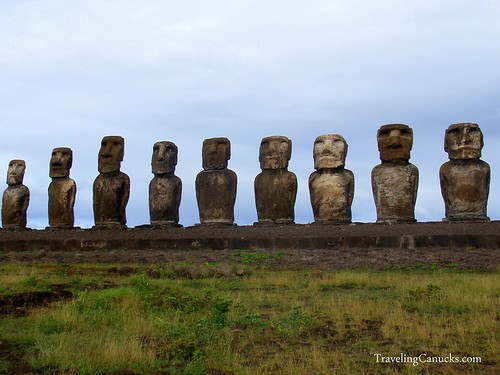 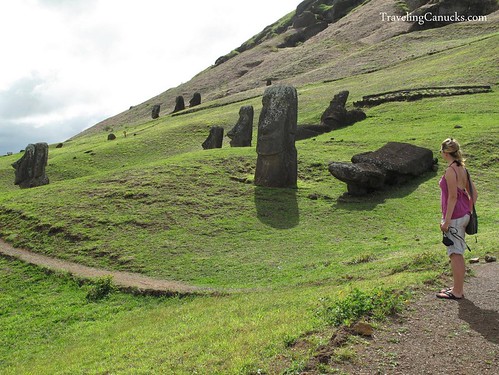 Nicole taking a moment to soak in the remarkable surroundings 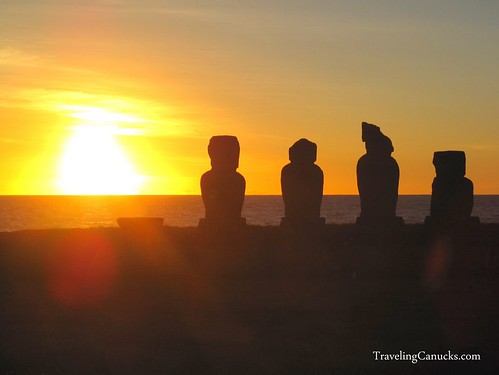 There are many theories about what the statues represent and why they were constructed, but no one can definitively explain their existence.

Regardless, it is easy to see why this UNESCO World Heritage Site was selected as the Eighth Wonder of the World by top travel bloggers.

Have you visited Easter Island?