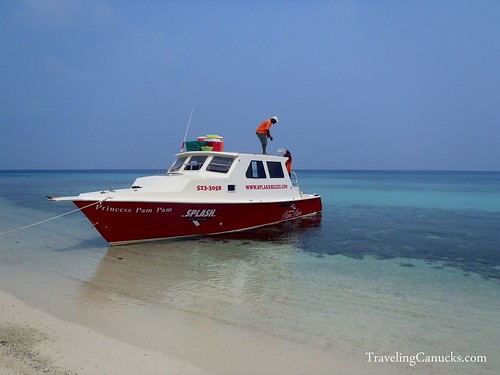 Our travels in Belize shifted south to Placencia, a chilled out beach village on the Caribbean Sea. After spending a relaxing day at Dianni’s Guest House, we joined Splash Dive Center on an unforgettable snorkeling trip in the Belize Barrier Reef.

Located 11 nautical miles off the coast of Placencia, Laughing Bird Caye is a tiny island inside the Belize Barrier Reef, the second largest coral reef system in the world. It’s a picture perfect tropical island. The kind of dreamy island that shows up on lottery and retirement commercials, surrounded by clear aqua blue water and silky smooth white coral sand.

Okay, so it’s technically not a private island, it’s a national park. However, aside from the lone Park Ranger and a few well-fed pelicans, our snorkeling tour group had the entire island all to ourselves for the day. It was awesome.

Between snorkeling sessions, we took shade under swaying coconut palms, savoring the moment while enjoying a delicious beach BBQ lunch.

Here are some photos from Laughing Bird Caye, Belize.

*Note – this blog post was originally published in 2011 and updated in May 2022. We used an Olympus camera for the underwater photos. At the time, this underwater feature was a big deal. Now, with the explosion of GoPro cameras and waterproof phones, the underwater photos feel less impressive. Digital photography has certainly improved in the past decade! 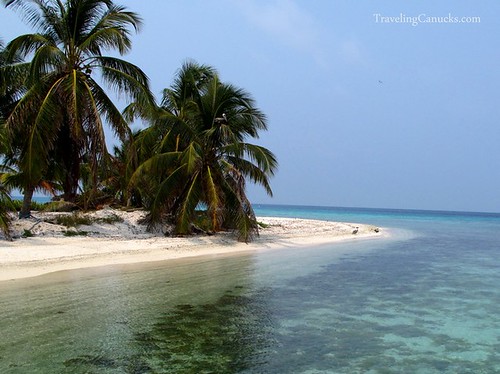 Coconut palm trees at the southern tip of the island. 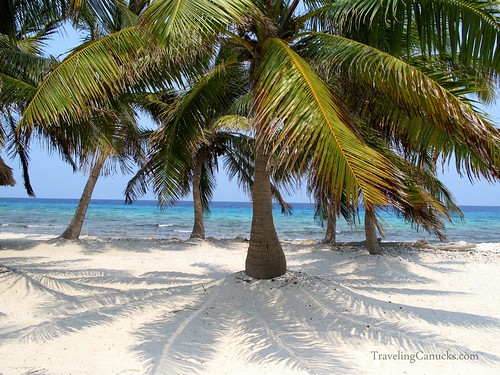 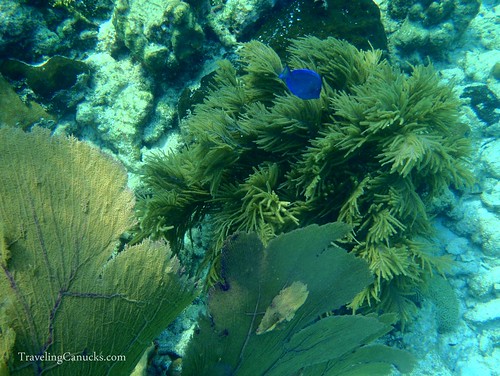 A single bright blue fish in the soft coral reef. 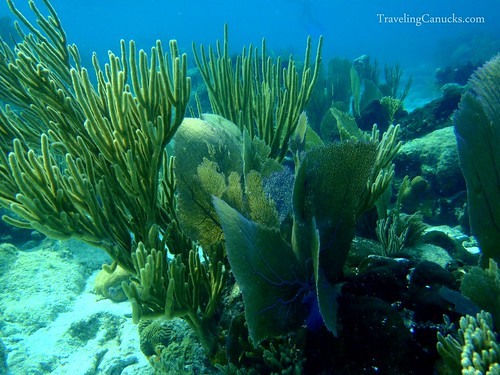 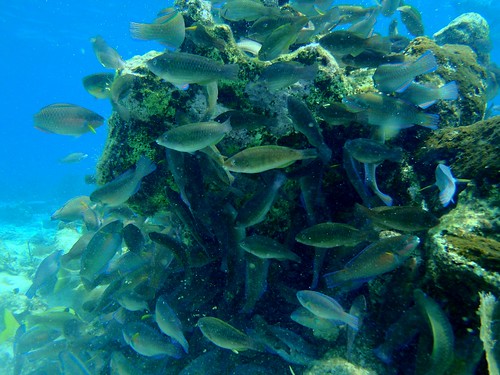 School of fish feeding off the coral. 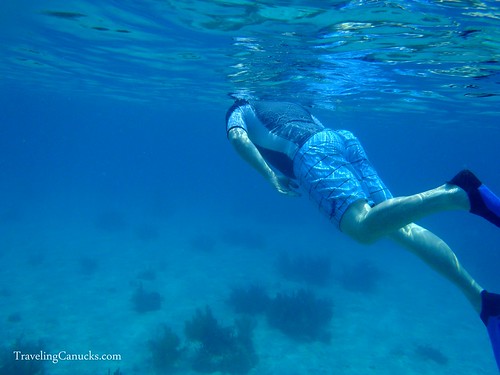 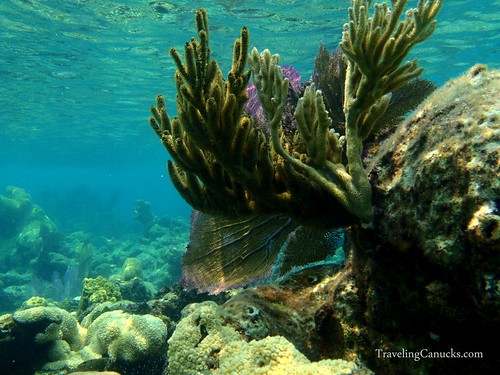 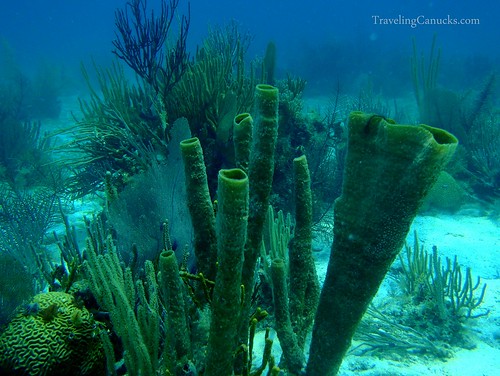 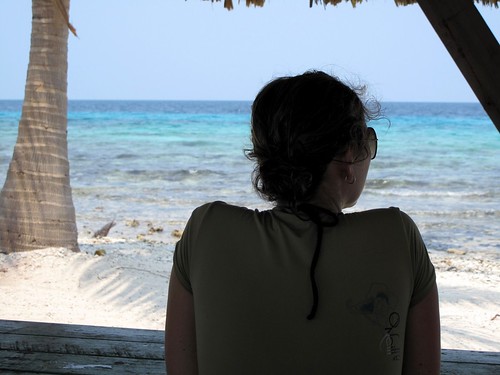 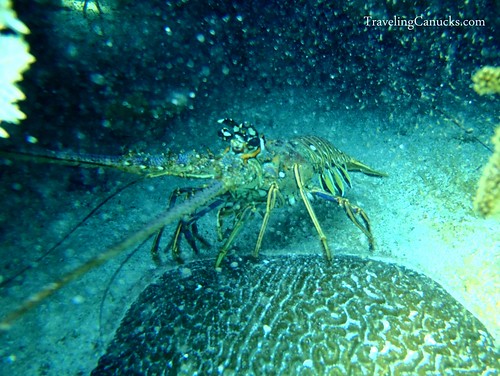 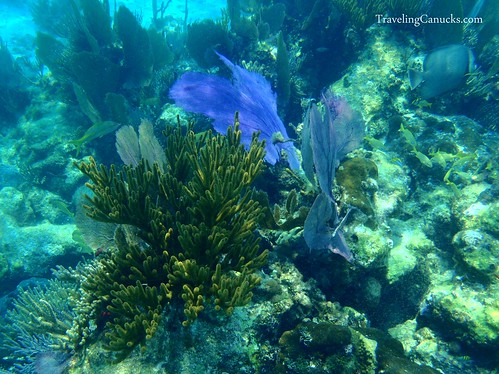 Vibrant coral reef only 10 meters from the beach 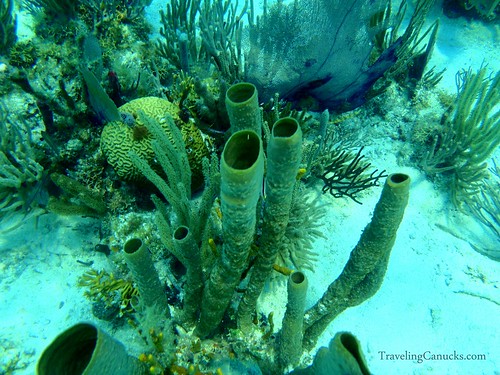 My personal favourite underwater photo from the day 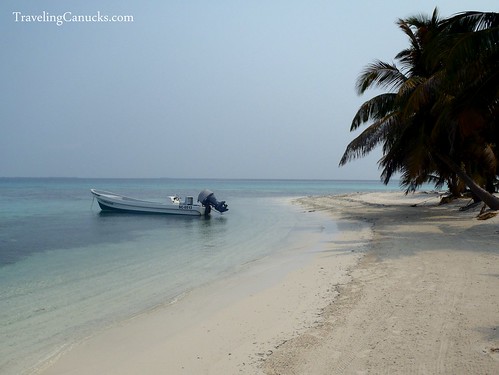 Park Ranger’s boat anchored on the beach. Not a wave in sight. 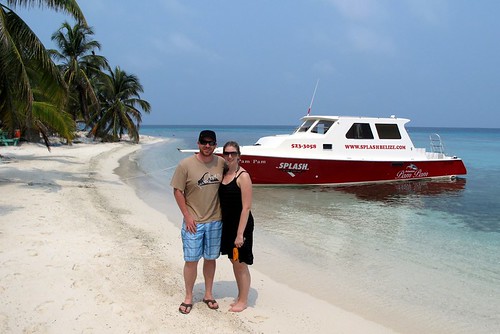 A perfect day on a private island with Splash Dive Center.

Have you visited the Belize Barrier Reef?

If not, is it on your travel wish list?

10 Things to do in Panama City, Panama for first time visitors