Whistler Train Wreck and Suspension Bridge Tucked away in an old-growth forest, hidden between train tracks and the Cheakamus River, the Whistler Train Wreck site has quietly become a popular Whistler tourist attraction.  The Train Wreck is home to several decaying box cars that were abandoned after a crash that occurred in 1956. Train derailments […] 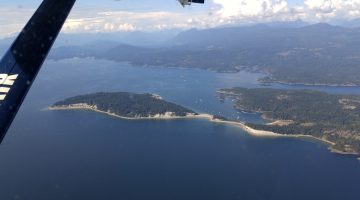 Scenic Float plane views of BC’s South Coast We boarded the small float plane in British Columbia and flew from downtown Vancouver to the Comox Valley on Vancouver Island. This was the first time our boys experienced taking off and landing on water, so this float plane experience was a memorable one for them. While […] 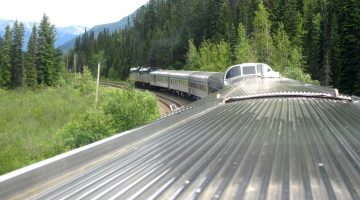 We originally published this post back in the summer of 2014, when our boys were still quite young. We’re re-publishing this post today because this is the time of year when many first time visitors to Canada are exploring the Via Rail from Vancouver to Jasper. Riding the overnight train is a memorable way to […] 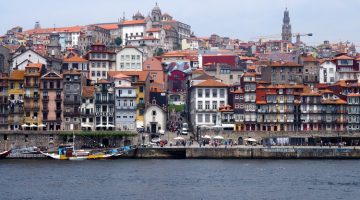 Year in Review: 50 Photos from our 2018 travels Every year we have good intentions to write our ‘Year in Review’ posts before the year is complete. And, every year, we fall short of this goal. This year was no different. We had a wonderful end to the year and have spent the past week […] 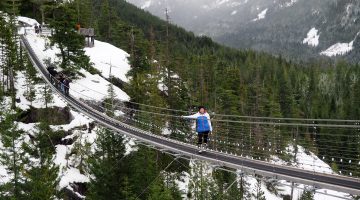 Winter fun at the Sea to Sky Gondola in Squamish One of the things we love about living in Vancouver is that we can be deep in nature within a short drive. There are so many awesome day trips from Vancouver that it can be difficult to make a decision. Those who live in the Lower Mainland […] Best Road Trip from Vancouver, Canada As residents of Vancouver, we’re often asked about the best things to do in Vancouver. One question we’ve been asked a lot recently is – what is the best road trip from Vancouver? It’s a great question. You have plenty of options in British Columbia. Do you go east […] 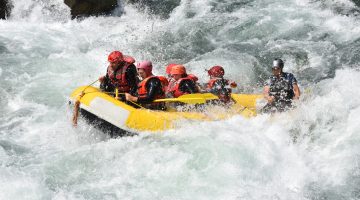 Highlights from our 2018 Summer Our boys are back in school and we’re preparing for our Canadian Thanksgiving, so that means another summer is officially in the history books. It was a full summer for us. We had a good mix of travel and hometown fun. We even had a two-week trip to Europe without […] Sometimes… the Snow Gods Deliver! If you follow us on Facebook or Instagram there’s a good chance you’ve already seen the photos and video from our recent ski trip to Manning Park Ski Resort, located in the heart of the Cascade Mountains. Spoiler alert – it was epic! If you’re more of a visual person […]