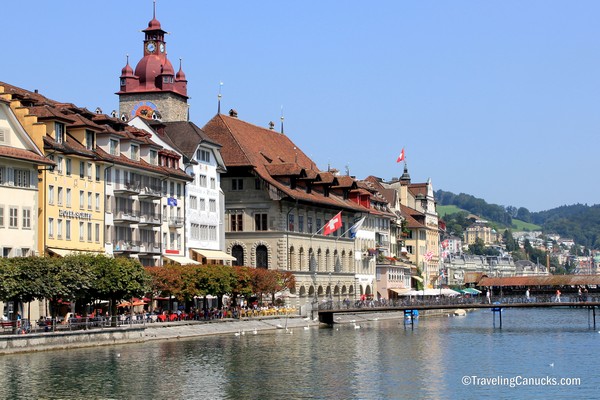 When we first started mapping out our itinerary for Switzerland we planned to spend time in both Interlaken and Zermatt. Both destinations have a lot of similarities to Whistler BC (one of our favourite places on the planet), surrounded by rugged snow-capped mountains and loaded with outdoor adventure.

We had visions of challenging hikes to jagged peaks followed by whitewater rafting and mountain biking. Then we snapped out of it and heard Baby B crying for attention.

This trip to Europe was going to be different. We now have to consider Baby B’s needs and his daily routines. Long hikes and rafting trips need to be put on hold for the next year or two, so we continued our research and looked for a Plan B – a destination that would deliver the natural beauty that we had come to associate with Switzerland, yet offering “stroller friendly” activities and sightseeing opportunities. 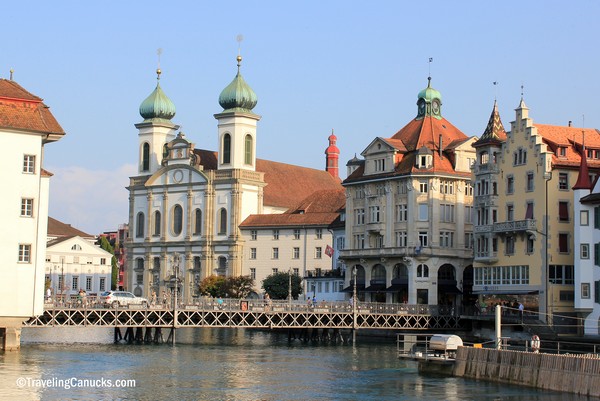 We were traveling with our Rail Europe train pass, so we wanted a location that was centrally located and well connected by train. Luzern appeared to be a good fit and was less than an hour away from Zurich (did you see our photos from Zurich?).

So we made our train reservations, booked our hotel and began researching the next city on our trip (Strasbourg, France). We didn’t give it any more thought after that – until we found ourselves on the train from Zurich to Luzern. We realized that we knew very little about the city – had we made the right decision to skip Interlaken and/or Zermatt for Luzern? 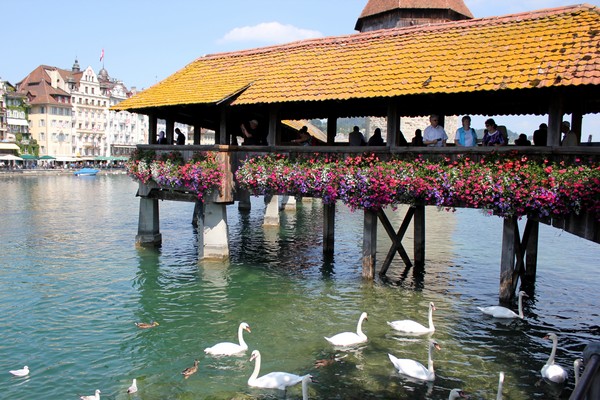 We were pleasantly surprised.

I think it took us about 5 minutes to fall in love with Luzern. It may have been sooner, but we were pretty focused on finding our hotel and didn’t notice our surroundings until we reached the infamous stone tower and wooden bridge.

It has everything we look for in a European city – historical architecture, outdoor restaurants, cobblestone roads, red roofs, fresh flowers hanging from windows and pointy cathedrals that dominate the skyline. We love surprises! 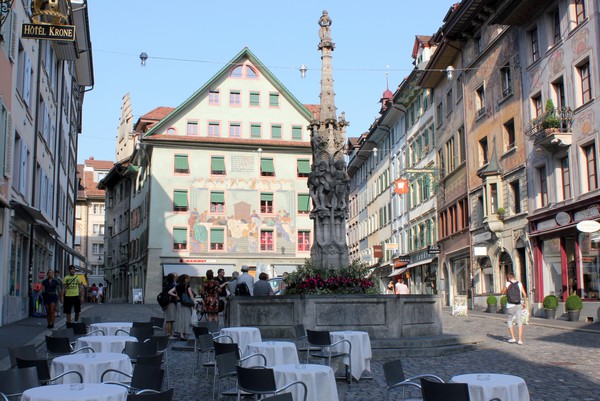 Our attraction to Luzern began when we witnessed its stunning architecture and colourful murals. As we wandered through the tight pedestrianized streets we couldn’t help but admire its creativity. The Old City is a living and breathing outdoor art museum! 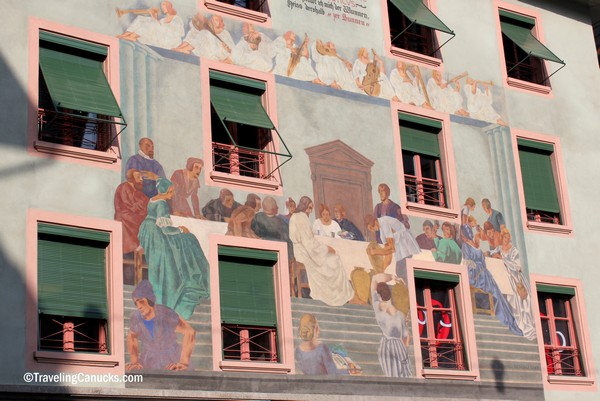 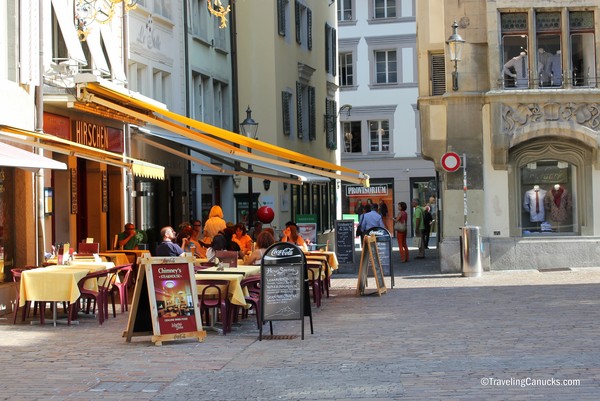 The plan for our trip to Luzern was to reach the peak of Pilatus (more on that later), wander the streets and check out the sites, sample locally crafted beer and enjoy traditional Swiss food.

Like most cities in Europe, Luzern is filled with outdoor restaurants that spill onto cobblestone streets. We can’t think of a better place to spend an afternoon!

That said, budget travelers beware – Luzern is not cheap. To put food and drink prices into perspective, we’ll share the results from our typical “Big Mac” and “Beer” tests. We always use beer and Big Mac’s to compare the prices of a travel destination – it’s not exactly scientific but it works!

Now, we are not suggesting that you eat at McDonald’s, far from it. After all, you didn’t travel all the way to Luzern to eat crappy food when there are so many wonderful restaurants to choose from. Just budget accordingly and the prices won’t sting as much. 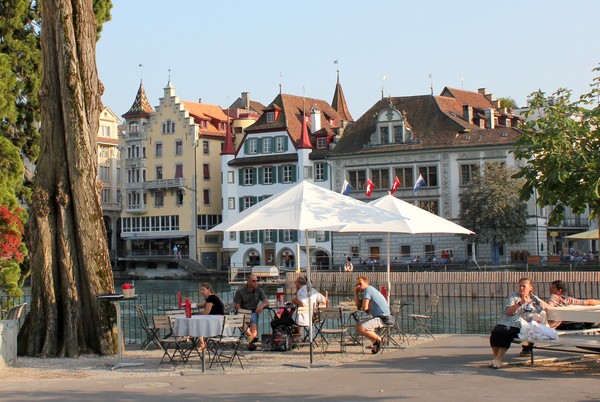 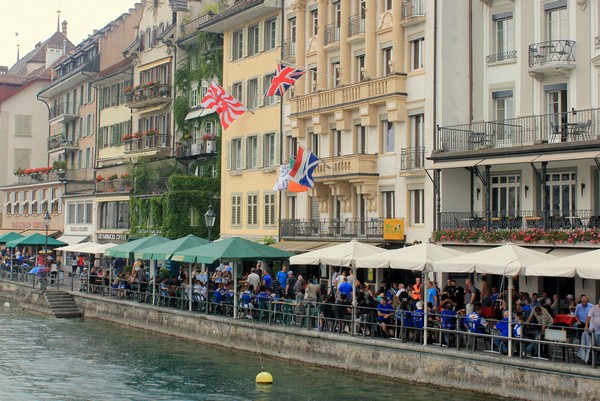 We loved the variety of restaurants that line the Reuss River in the Old Town. Initially we were surprised by all of Italian restaurants in Luzern, but then we realized how close Luzern is to northern Italy. I think we just assumed that Swiss cuisine was identical to German cuisine (there are certainly similarities, but we also noticed a heavy Italian and French influence).

We weren’t complaining though, we LOVE Italian food. We enjoyed a fantastic baked cannelloni with smoked salmon, spinach and cream cheese while catching some sun on a riverfront patio. 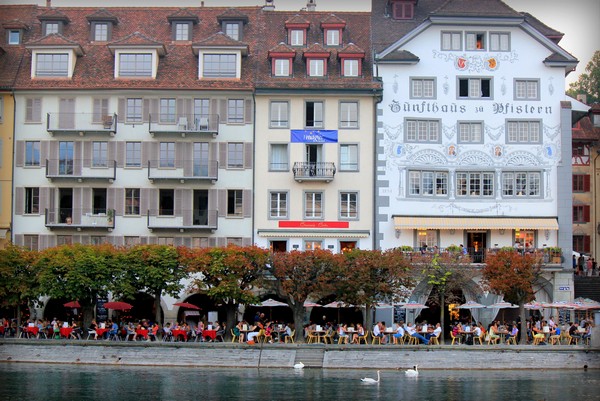 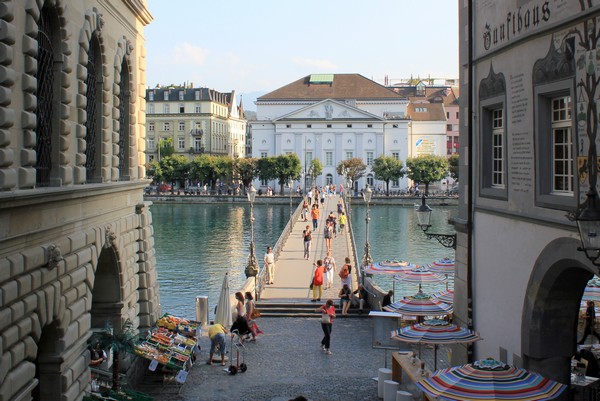 View of the Reuss River from the Rathaus-Steg 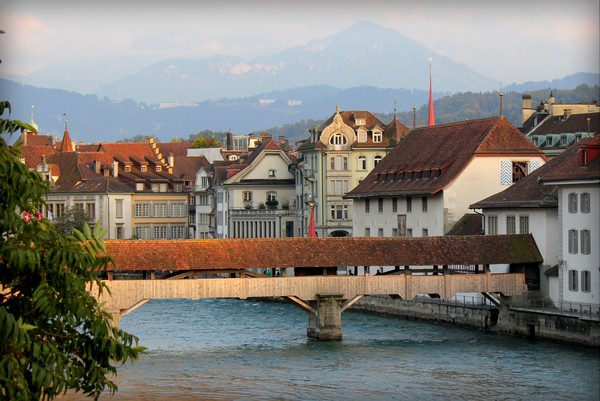 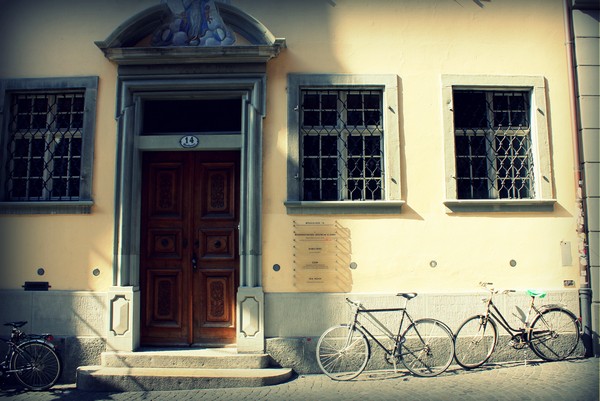 Beautiful old residential building in the older part of the city 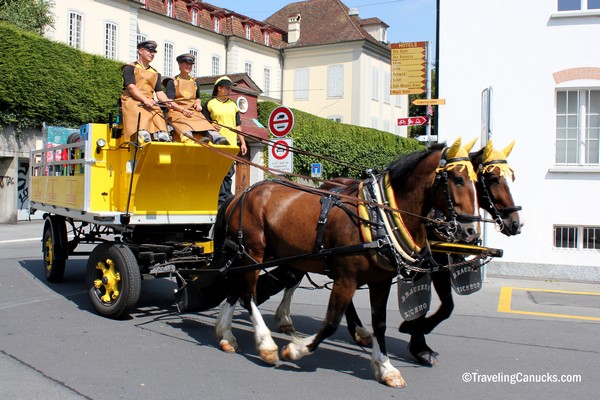 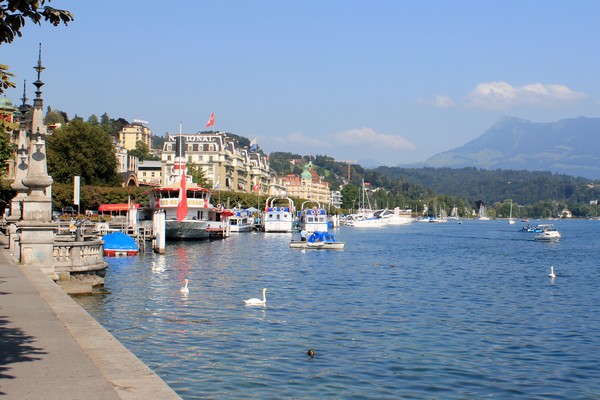 The picturesque waterfront promenade on Lake Luzern, the fourth largest lake in Switzerland 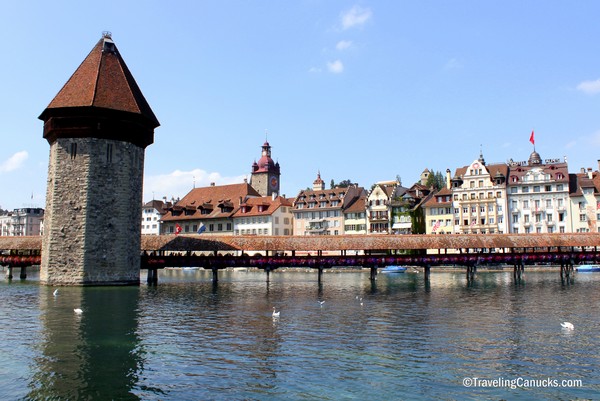 The iconic Chapel Bridge (Kapellbrücke) with its stone water tower (Wasserturm). Originally built in 1333 as part of Lucerne’s fortifications, it is the oldest wooden covered bridge in Europe and is the oldest surviving truss bridge in the world.

It’s without question the most photographed and top tourist attraction in Luzern. 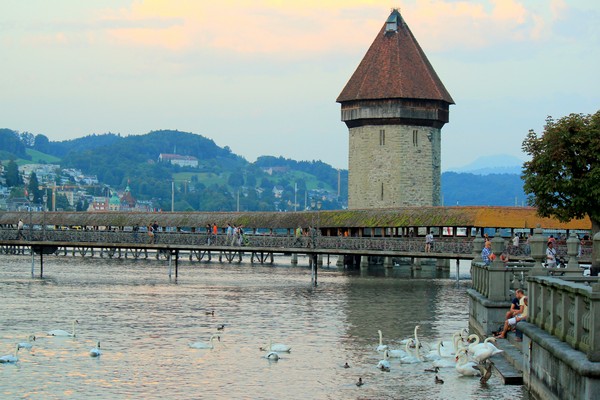 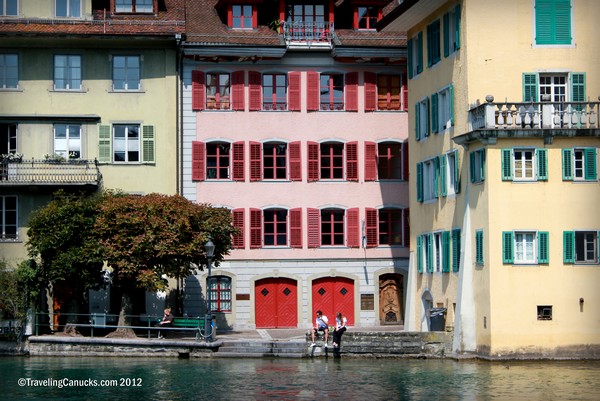 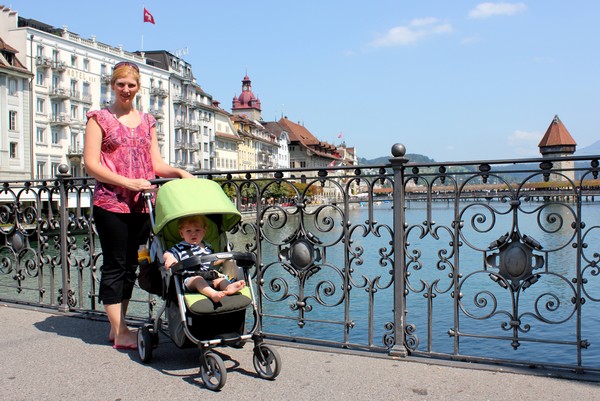 Have you visited Switzerland? What was your highlight?
Share your experience and travel tips in the comments section below!

Many thanks to our travel partner Rail Europe. Travelling by train is the best way to see the wonders of Europe, and with Rail Europe you can see 22 countries and 25,000 destinations on over 11,000 different routes. Learn more – www.RailEurope.com.au