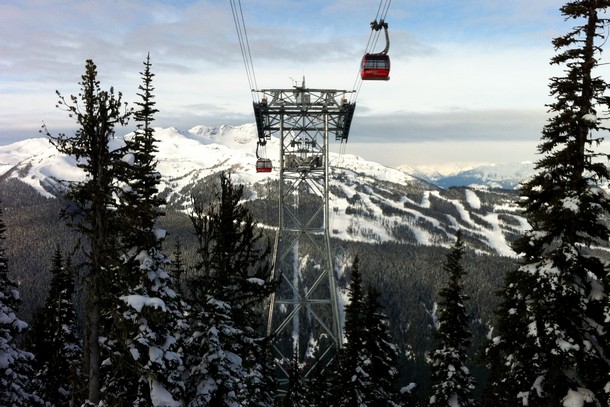 Spring Snowboarding on Blackcomb Mountain in Whistler, BC

Where did the winter go? While many Vancouverites are counting the days until summer, the changing seasons means melting snow and limited snowboarding sessions on the horizon.

As such, we booked a room, packed up the car and traveled to Whistler to squeeze in a few  final runs before the snowboarding season ends. Living less than 2 hours from North America’s best ski resort is one of the perks to having a home base in Vancouver.

We decided to check out Blackcomb Mountain that day because our previous few trips were spent riding Whistler Mountain. Many people that have yet to visit Whistler are unaware that the ski resort is actually made up of two mountains, offering winter enthusiasts 200+ trails on over 8,000 acres of terrain.

A few years ago, the mountain resort opened the record breaking Peak-to-Peak gondola (pictured above) in preparation for the 2010 Winter Olympics in Vancouver-Whistler. It’s been a game changer for skiers and snowboarders that want to tackle both mountains in one day and its become a huge tourist attraction in the process.

We were up at the crack of dawn and on the chair lift before most people finished their first cup of coffee. It’s the best time of the day to be on the mountain.  The air is fresh and crisp, the runs are soft and freshly groomed, and the mountain is virtually empty.

We missed the fresh snow by a couple days, so we were hopeful that we’d get some blue skies and mild temperatures to compensate. Mother Nature delivered!

Here are a few photos from a fantastic spring morning on Blackcomb Mountain, courtesy of our trusty iPhone. 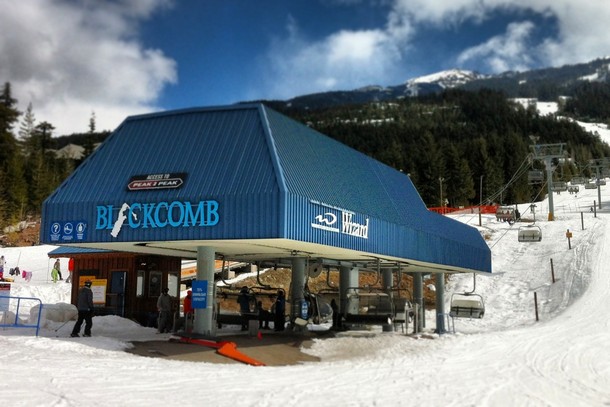 Wizard chairlift at the base of Blackcomb Mountain 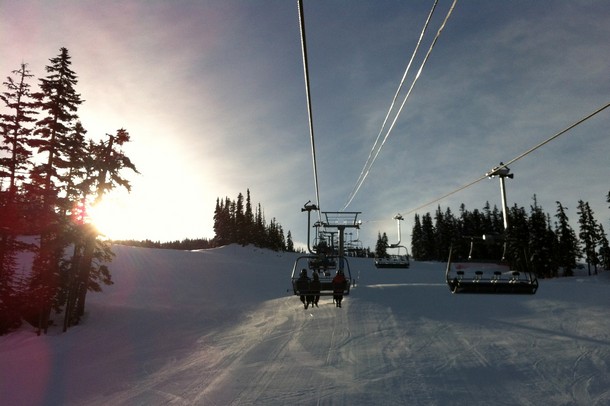 Sunrise on the chair lifts, heading up for first runs! 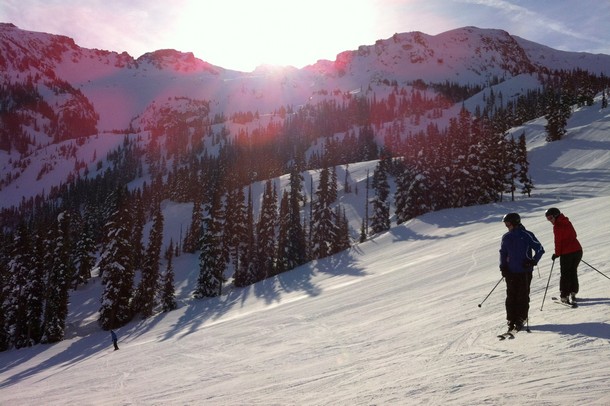 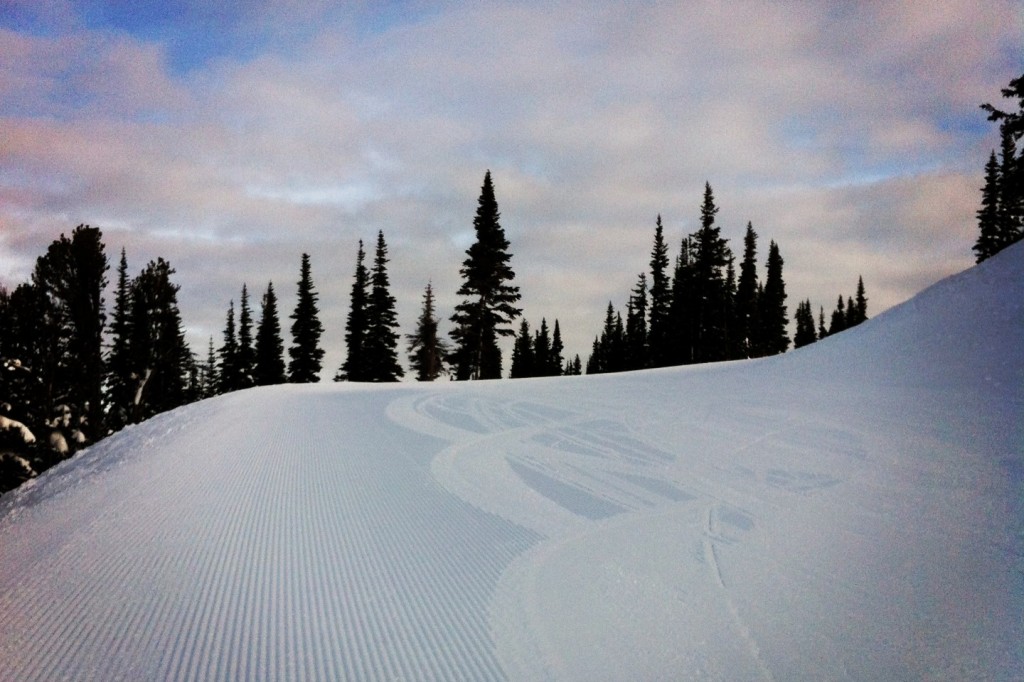 Freshly groomed runs and colourful morning clouds, not a person in sight! 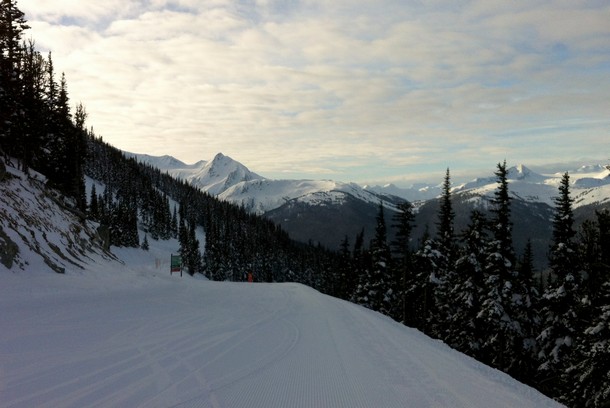 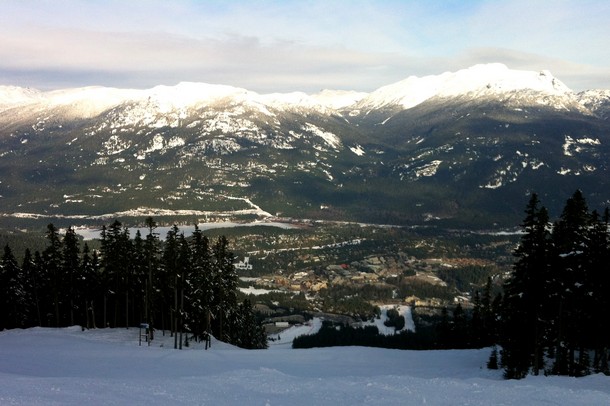 Views of Whistler and surrounding peaks from Blackcomb (about mid-mountain) 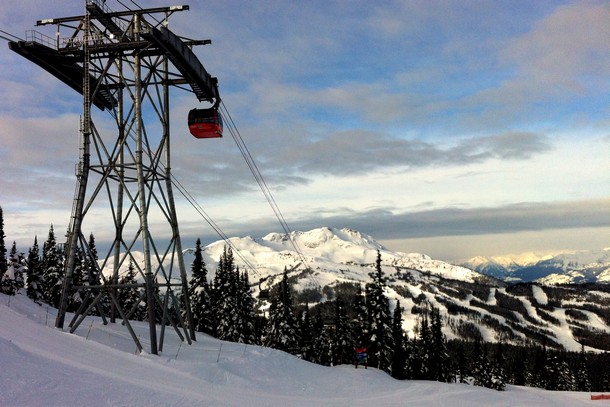 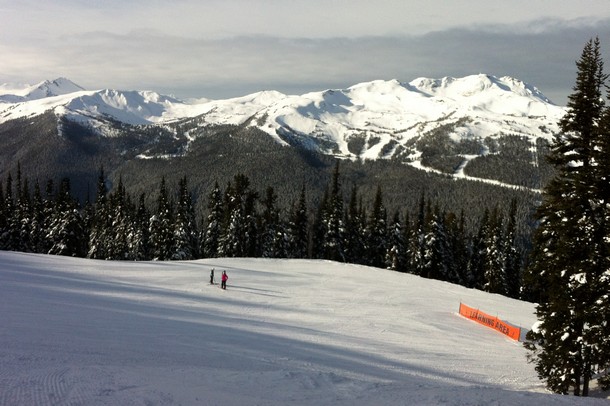 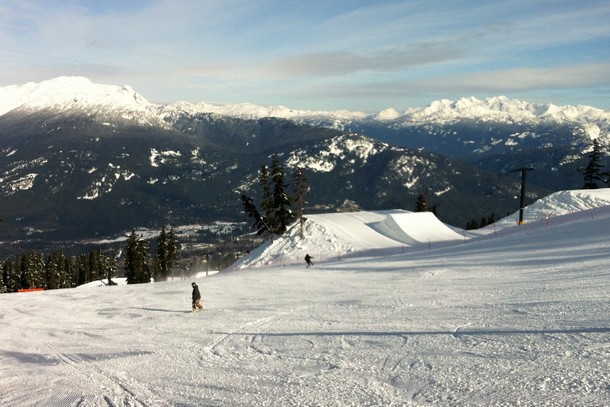 Would you hit that ski jump? That’s a serious booter! 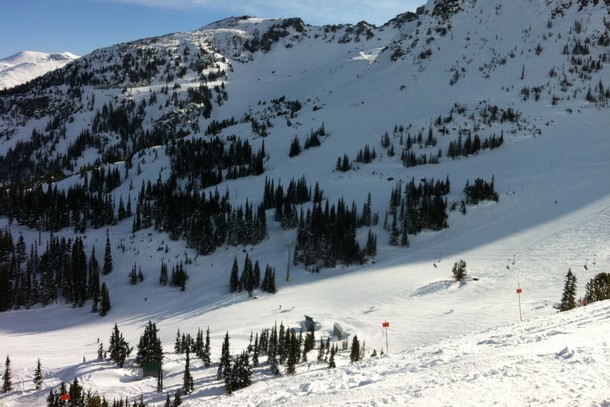 The mountain was virtually empty that morning 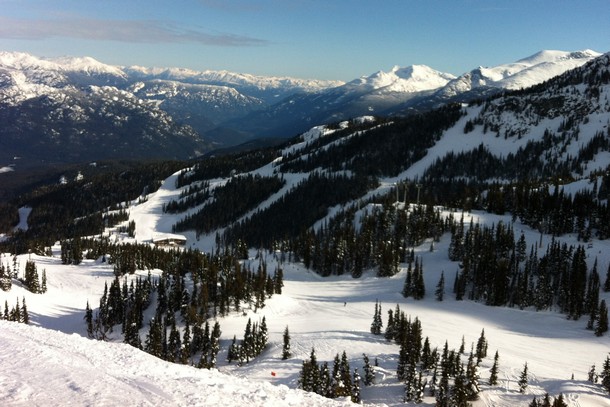 So many glades and tree runs to choose from – where to next?! 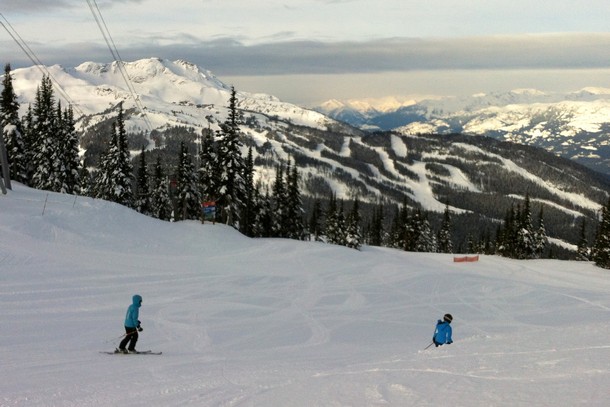 Views of the ski trails on Whistler Mountain 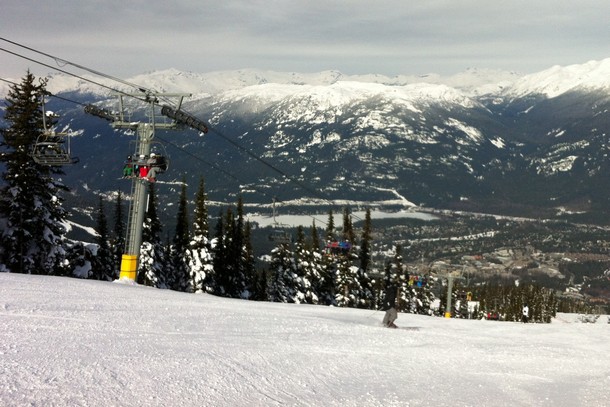 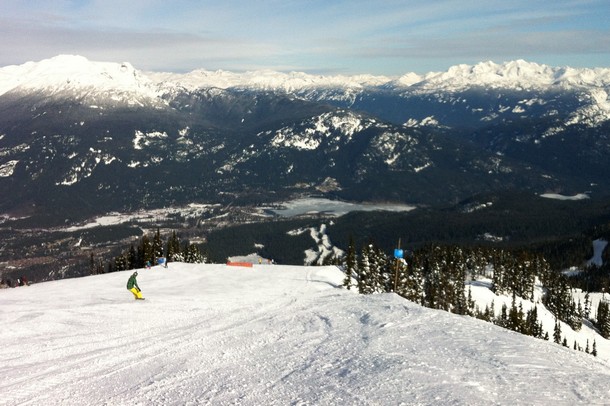 Outstanding panoramic views from on top of the world 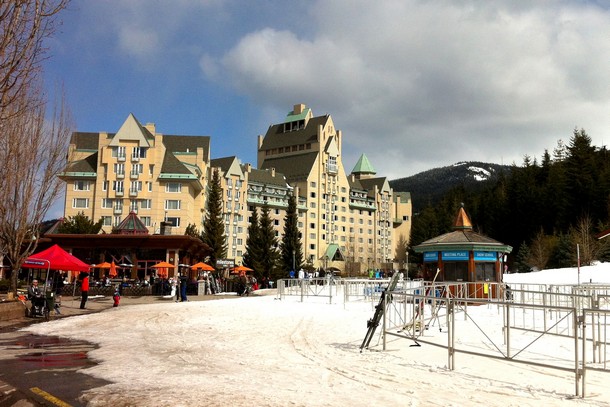 The iconic Fairmont Chateau Whistler at the base of Blackcomb Mountain