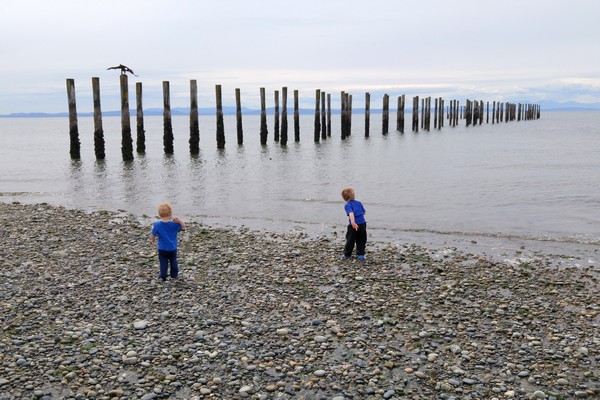 Not a lot happens on Point Roberts. It’s a sleepy seaside village in the Pacific Northwest that’s technically a part of mainland United States, but it’s not physically connected to it.

Sounds a little strange, doesn’t it?

It’s actually quite an interesting place. “The Point”, as it’s often called by its residents, is located on the southernmost tip of the Tsawwassen Peninsula, which is located about 30 minutes south of Vancouver in British Columbia .

Logically, this small piece of land should be a part of Canada, but it’s not.

It’s actually a land enclave of the United States. So, if you’re an American who wants to drive to Point Roberts, you would have to first cross one of the Washington State/British Columbia borders, then drive north to Surrey, then west to Tsawwassen, then south towards the Point Roberts border crossing.

Below is a map to help you solve the puzzle. Look at the peninsula to the southwest. 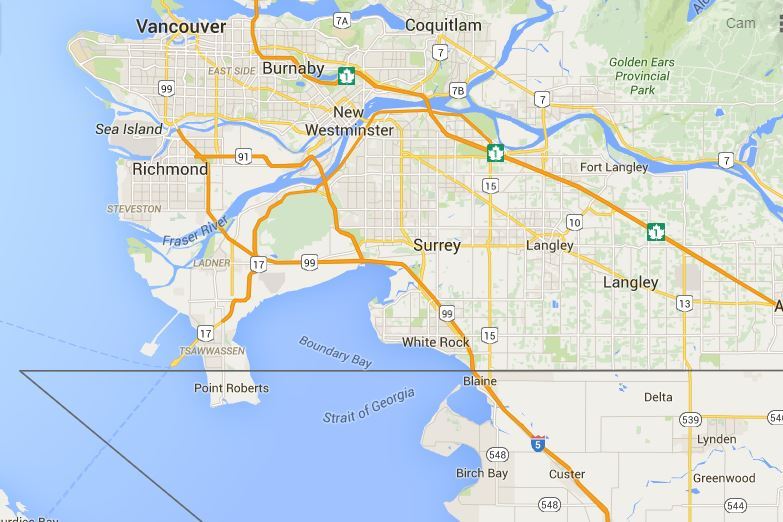 But the peculiar location of Point Roberts is not the story I want to share with you today.

In case the title of this post wasn’t enough of a clue, there’s something fun and quirky happening on the Point.

Residents of Point Roberts have embraced a community art project that originally began as a competition hosted by the Fire Department. The competition, according to this article, was a way for the Fire Chief to to deal with the issue of fading and peeling fire hydrants.

Basically, the fire department encouraged residents to get creative and paint all of its fire hydrants. How great is that?

The result – a community with over one hundred colorful fire hydrants that have been transformed into works of art. 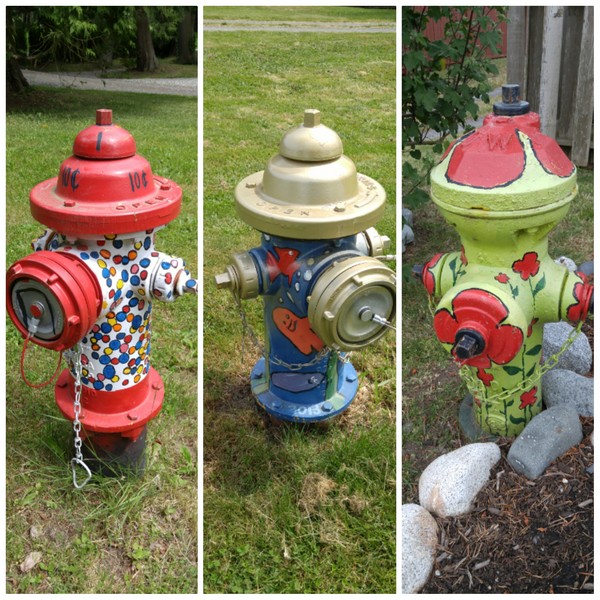 All of the fire hydrants on Point Roberts are hand painted and each one is original and unique.

Apparently these fire hydrants have become quite the attraction in Point Roberts. Like I said, there’s not a lot going on in the Point, so a little paint and a splash of creativity goes a long way.

I’ve read that there are now over 150 painted fire hydrants on Point Roberts!

I actually stumbled on these entertaining fire hydrants by chance. There’s one located on the lawn in front of the townhouse complex we stayed at. On our way back from the beach, I noticed this particular fire hydrant and thought, that would make for a fun photo. So I pulled out my phone and took its photo.

That was the moment when these fire hydrants became top of mind. After that, I noticed that every fire hydrant was painted. And so, the quest for the fire hydrant collage was born.

In all, I captured 13 fire hydrants that morning. My quest was cut short because the boys started to get frustrated by my constant need to pull the car over every 2 minutes.

“Why are we not going home now” was my queue to stop messing around and get moving. 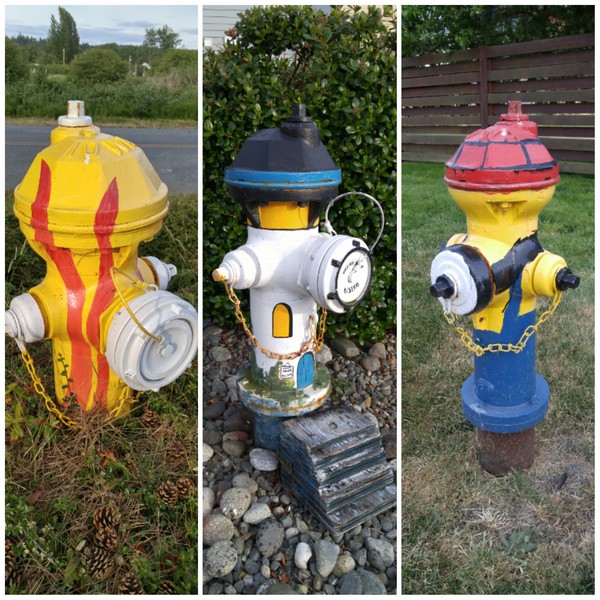 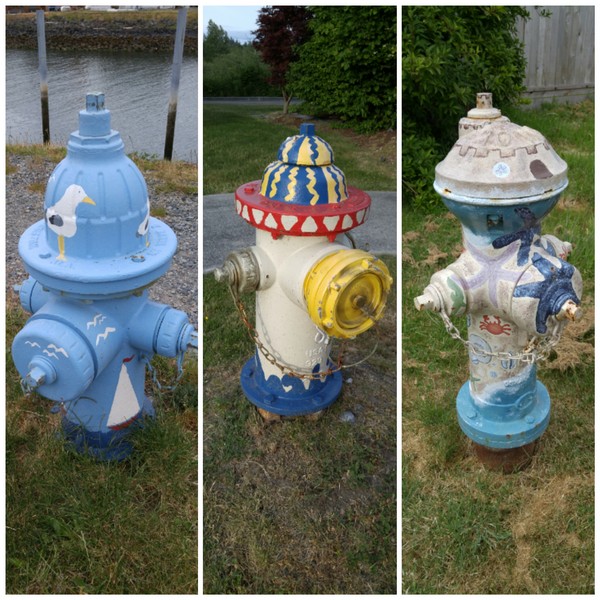 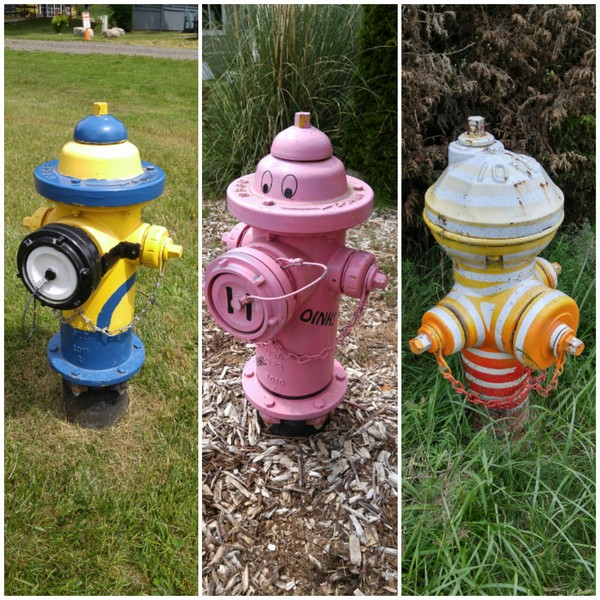 When I got home yesterday, I jumped online to read about the fire hydrants on Point Roberts. During my search, I found this awesome photo collection of over 50 different fire hydrants. There are also more photos here.

Some of these hydrants are so fun and creative. I love them! Especially the Tigger and R2-D2.

Of the fire hydrants I captured that day, this one is my favorite. 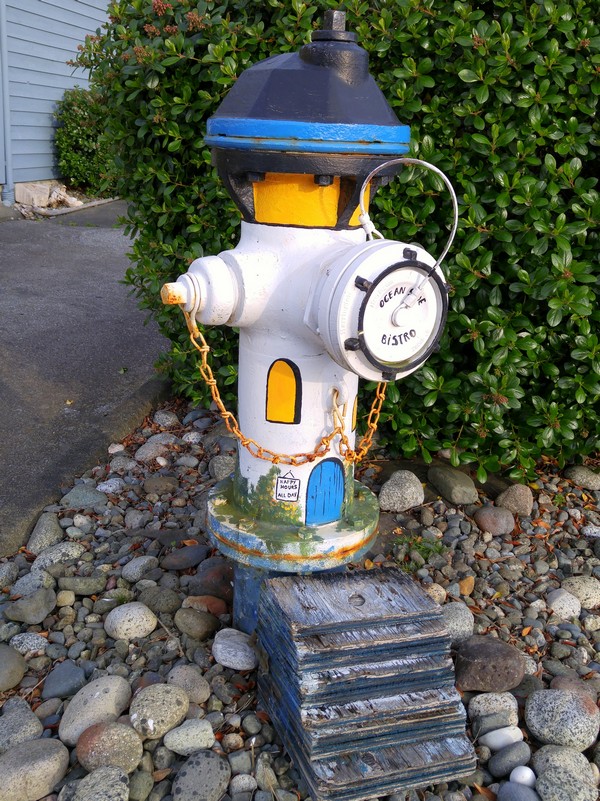