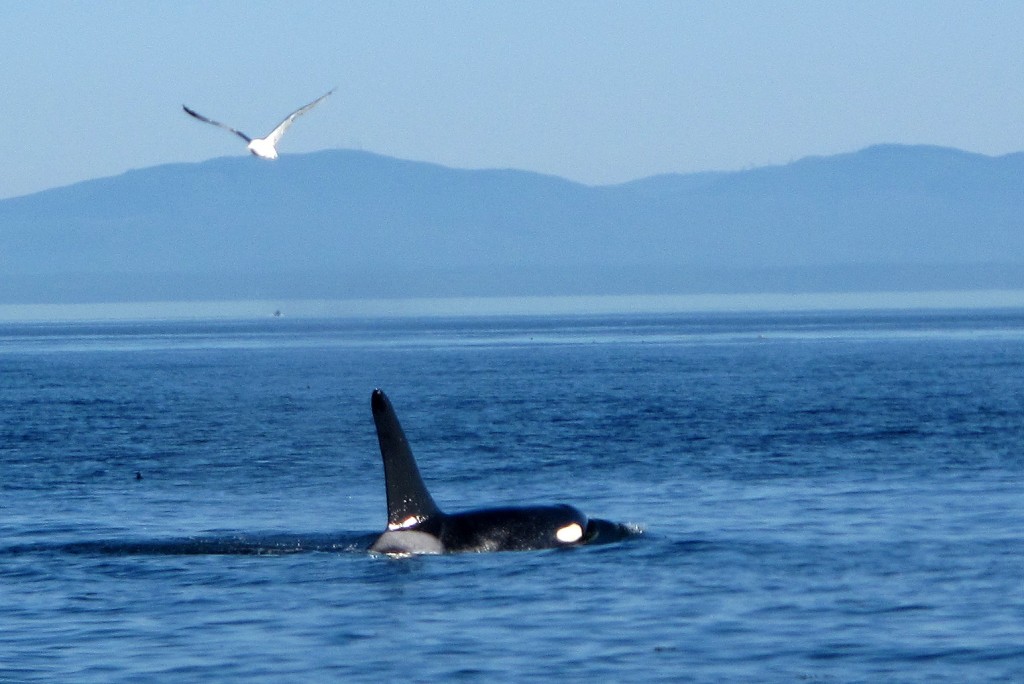 After our unsuccessful search for whale sharks in Belize a few months ago, we were thrilled to be invited by Tourism Victoria to go on a whale watching tour with Prince of Whales. Located in the heart of Victoria’s beautiful Inner Harbour, Prince of Whales is the largest year-round whale watching and eco-adventure company in Victoria, British Columbia.

We did a similar trip from Vancouver last summer and spotted a small pod of orca whales, so we had high hopes of repeating the incredible experience. We’re told that the best place to spot orca whales is around the San Juan Islands in Washington State, about 45 minutes southeast of Victoria, British Columbia.

Related post – Best things to do in Victoria, Canada 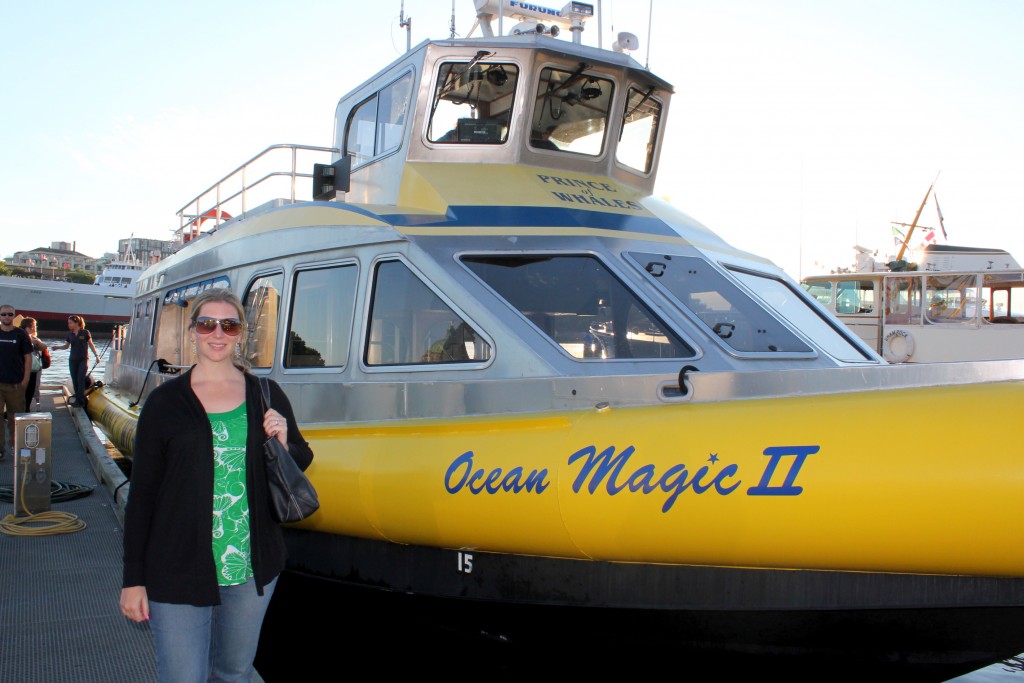 Not only is the Ocean Magic II super fast and quiet, it’s also whale friendly and considered to be the premiere whale watching experience in Victoria. With Nicole being pregnant, it was really nice to have the extra space and the ability to roam around freely.

The added bonus of having open air decks allowed us to easily take pictures of the whales, which was needed with all of the action we saw this afternoon.

We could not have asked for better weather conditions that day. The sun is shining, the sky is clear and blue without a cloud in sight, and, most importantly, the water is super calm and flat. It actually looked more like a lake than the Juan de Fuca Straight.

We would have been happy with one or two whale sightings – we ended up seeing over 25 whales!

Yes, you read that correctly. 25 orca whales! We witnessed a Super-pod that day. What’s a super-pod you ask? Well, we’re no experts but our guides explained it like this:

A pod is a cohesive group of related whales, formed when a female whale gives birth. The oldest female is typically the leader of the pod because all the other members are her children and her children’s children. Whereas a Super-pod is a large group of pods that can include upwards of 100 killer whales. The pods within the super-pod spread out and swim at a steady pace, staying together to protect the young and help with hunting and feeding.

Our guide estimates there were 80+ whales in the water that day.

We caught a glimpse of a baby orca whale that was born a few weeks earlier, as well as the oldest orca whale on record. This meant that we saw both the youngest and oldest killer whales in one tour – that’s pretty cool! 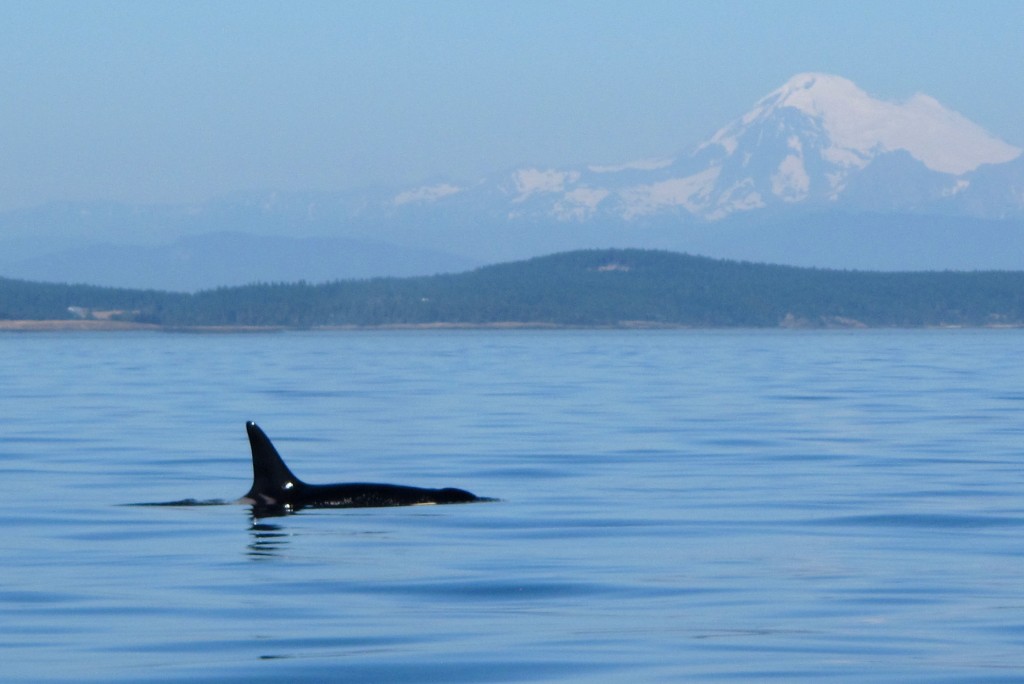 The photo of the day! A killer whale perfectly framed with Mount Baker in the backdrop 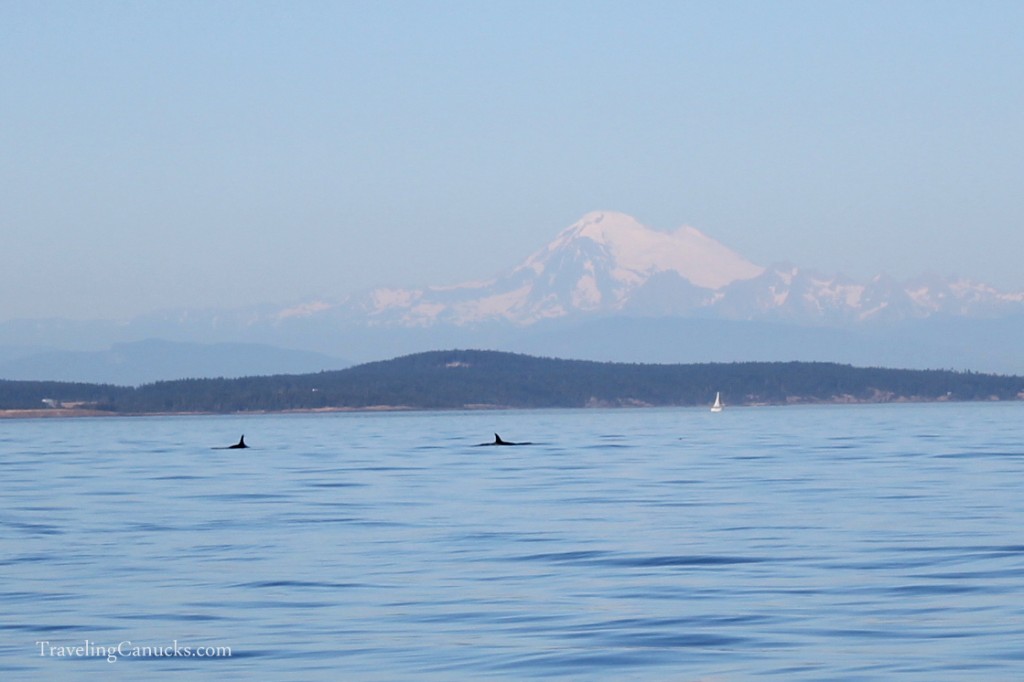 Pod of killer whales in front of the majestic Mount Baker. Look at how calm the water is! 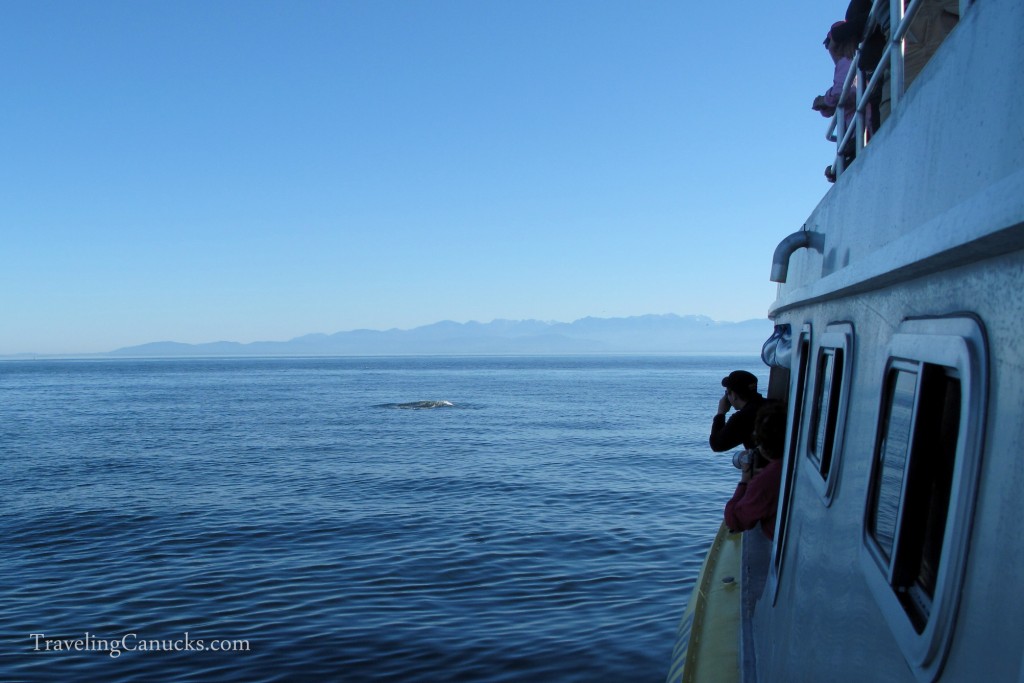 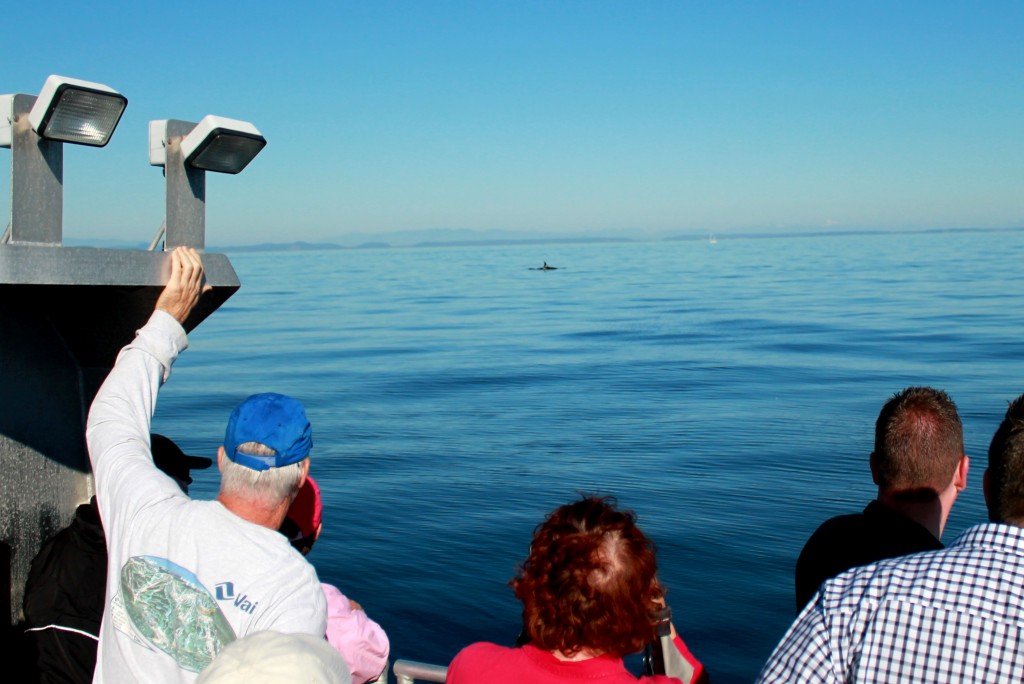 Viewing the whales from the open-aired deck 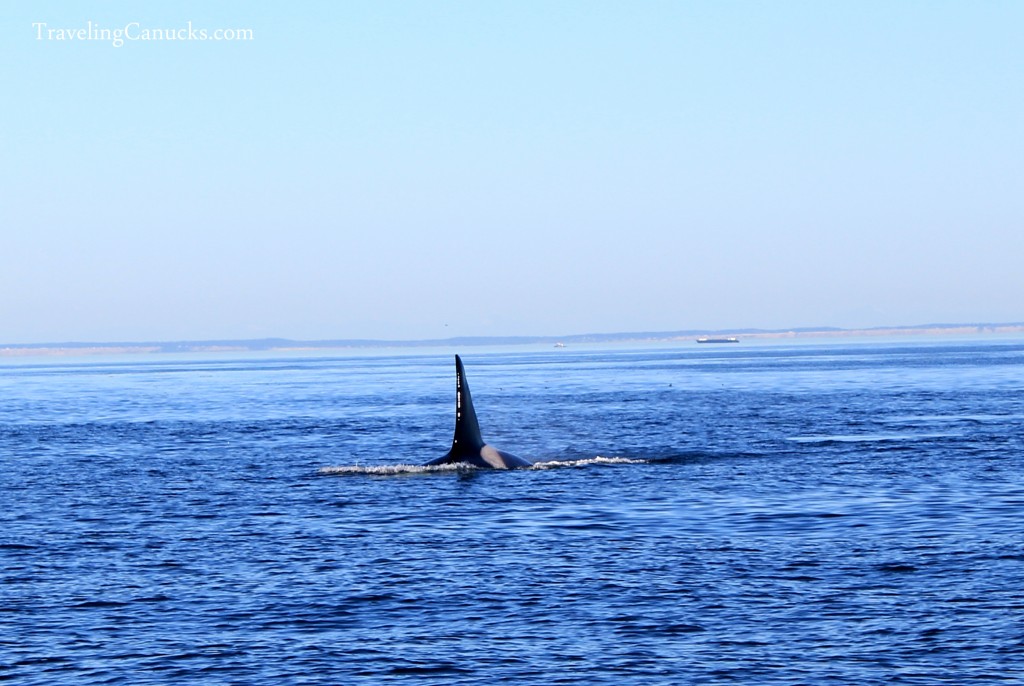 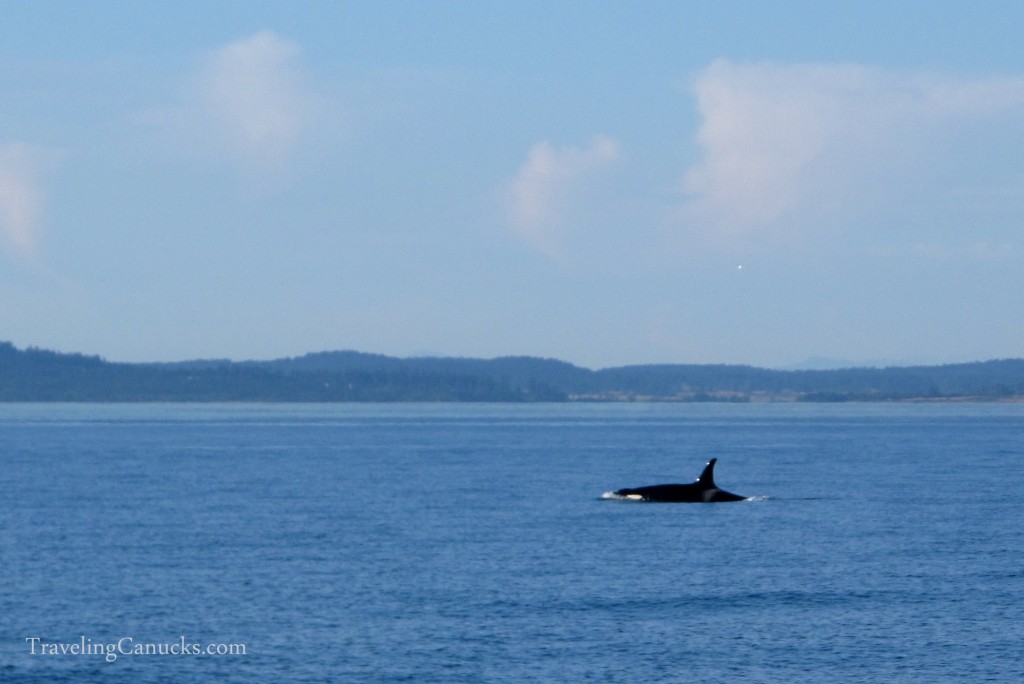 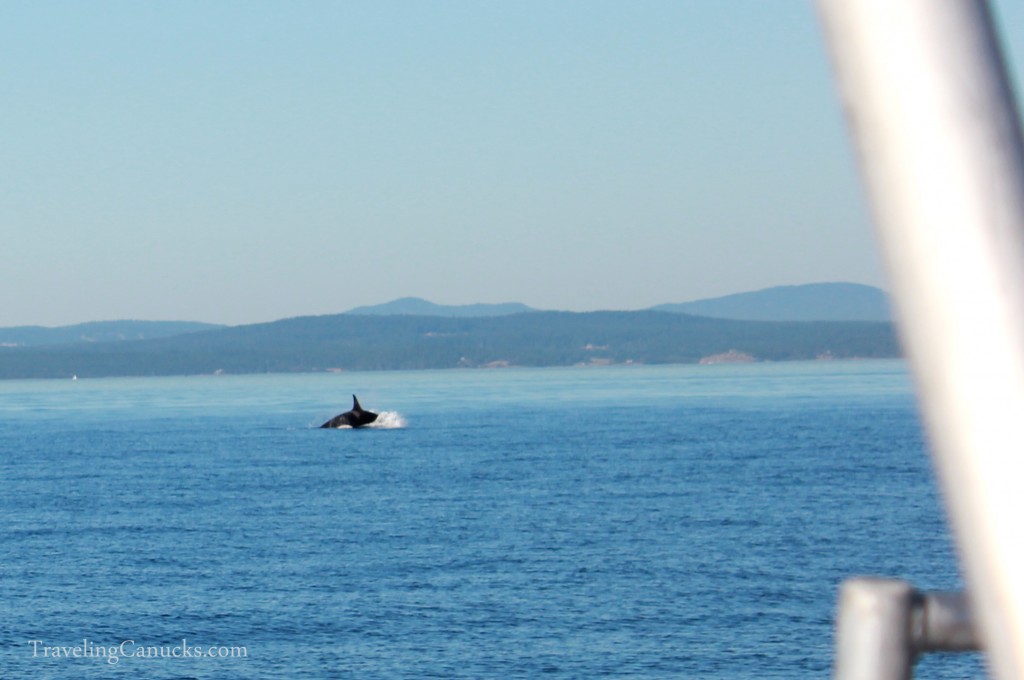 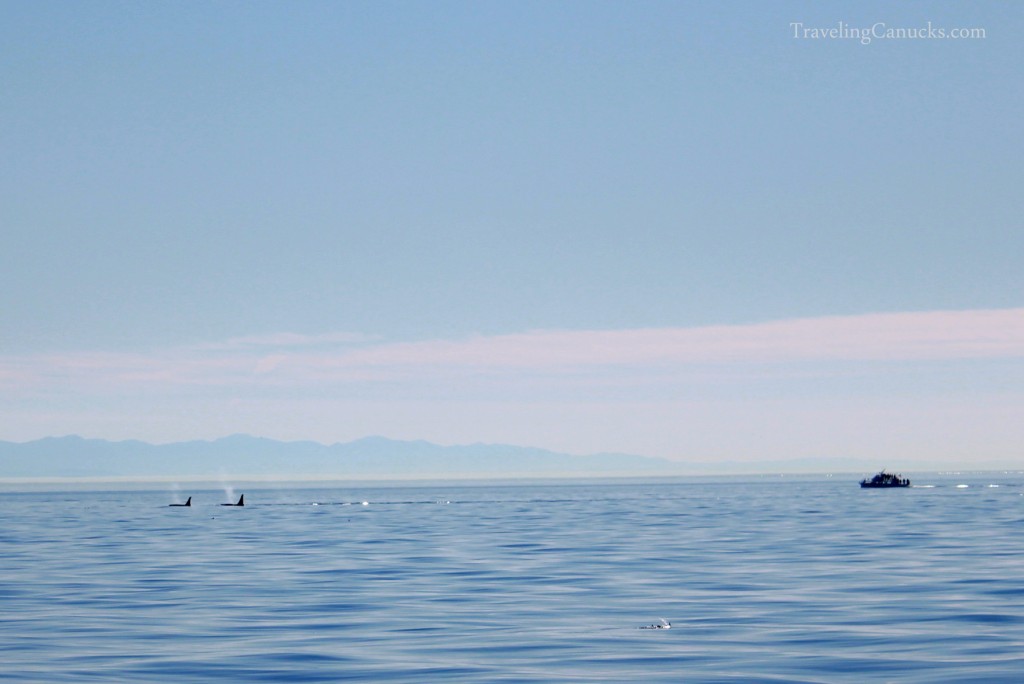 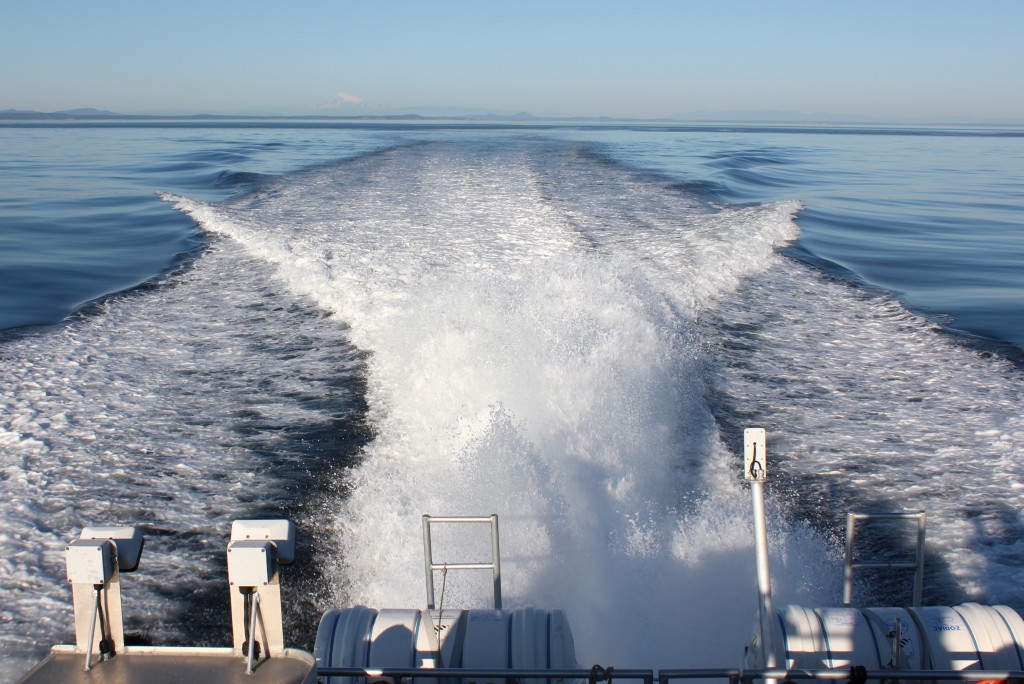 We couldn’t have scripted a better whale watching adventure. At one point, the captain cut the engines and let the boat just float on the calm Juan de Fuca Straight. Our group stood quietly on the rooftop deck and listened intently for the sounds of whales spitting out water from their blowholes.

We couldn’t believe it – we were surrounded by killer whales! It was almost overwhelming. We didn’t know where to point the camera. There were whales in every direction, surfacing every few moments and letting out a loud blast from its blowhole. It was as if the sound of spraying blowholes was in stereo.

When is the best time for whale watching in Victoria?

Prince of Whales has a 95% success rate during peak season, which is in the summer months from May to October. In the winter period from November to May, there is about a 50-75% success rate. Our trip at the end of August was a huge success, with over 25 whales spotted within an hour.

So if you want our advice, go whale watching in Victoria during the summer and you’re almost guaranteed to see a whale (a humpback whale was even spotted the day after our tour).

Have you seen whales in their natural habitat?

Disclosure: Our whale watching in Victoria tour with Prince of Whales was complimentary, however the thoughts and opinions shared in this post are entirely our own