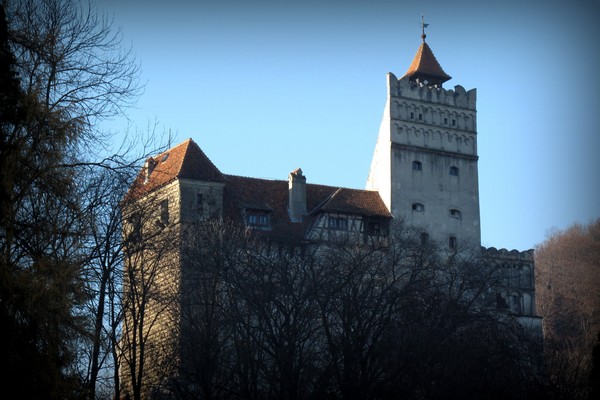 Dracula Castle in Romania – Not so Spooky

With Halloween just around the corner, we thought it was a fitting time to share our experience visiting the legendary Dracula Castle in Romania.

We had visions of a tall, thin castle perched on a lone cliff, hundreds of metres above a deep, rocky canyon. Add a few oversized bats, an intense lightening storm and a full moon, just to set the right mood. Okay, so perhaps we’ve watched too many Tim Burton movies, but we are talking about the king of all vampires here! The famous castle is actually called Bran Castle and is located in the town of Bran, situated on the border between Transylvania and Wallachia. There’s not much to Bran, aside from the castle and a few tourist shops, so most visitors stay in nearby Brasov.

Dracula hype aside, the castle is pretty cool.

Built in the late 1300’s, the former fortress and palace is a national monument and historical landmark in Romania, making it well worth a visit even without the possibility of an encounter with the mythical vampire. 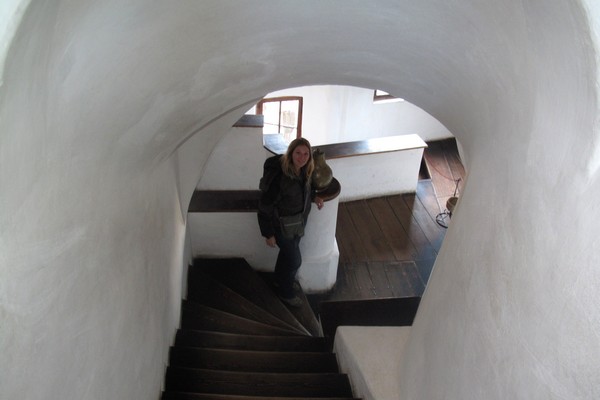 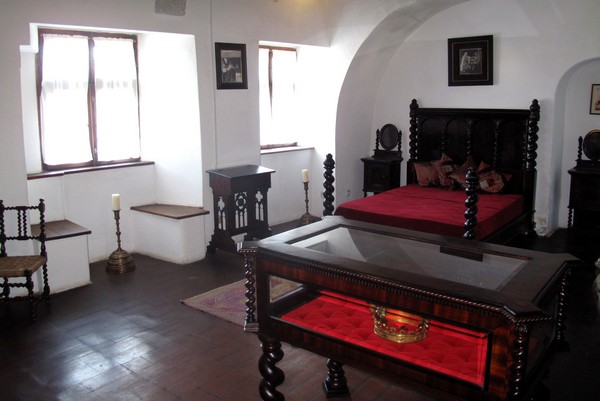 The castle has now been converted into a museum, complete with original furniture, antiques and artwork. It’s fun to let your imagination run wild as you wander through the tight, windy stairwells and secret passages. 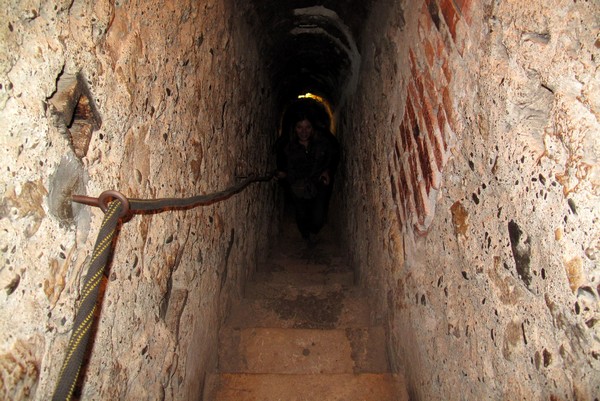 We overheard a tour guide tell his group that the thin corridors were deliberately made to fit only one person at time. The idea was that this prevented intruders from group attacks because only one person can pass through, thereby making it easier to defend. Smart. 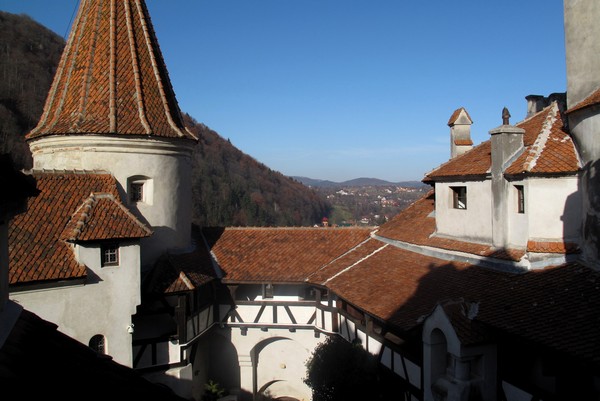 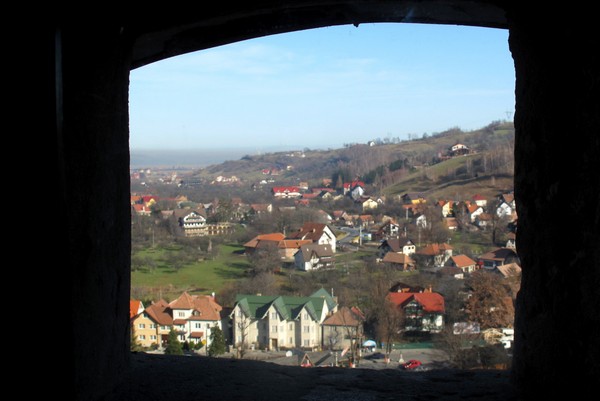 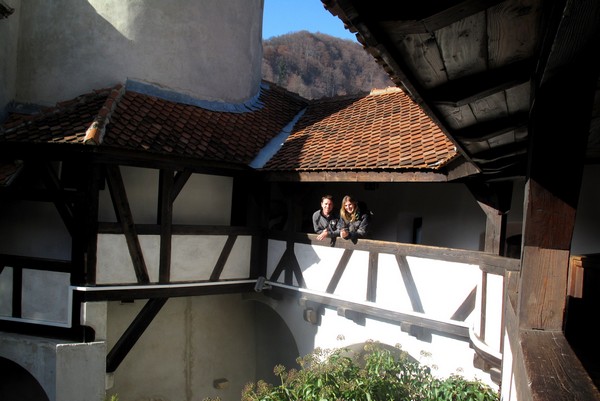 So what’s the deal with Dracula?

Legend has it that Bram Stoker’s lead character was loosely inspired by Vlad the Impaler, the 15th century Romanian general and son of Vlad Dracul. He received the nickname “the Impaler” because of his ruthless practice of impaling and beheading his enemies. He was a war hero that had a reputation for excessive cruelty, sadistic torture and violent murder, characteristics often associated with vampires.

Having never actually read Bram Stoker’s novel, we relied on the information shared at the modern day museum. To our surprise, Bran Castle is one of several locations linked to the Dracula myth. In fact, Vlad the Impaler spent very little time in Bran Castle and never actually “lived” there.

So, aside from a few historical references to Bram Stoker’s celebrated novel, there’s very little to suggest that Bran Castle is the real home of Count Dracula.

But don’t tell that to Romanian tourism. Vampires are big business these days and Bran Castle attracts a lot of tourism dollars. 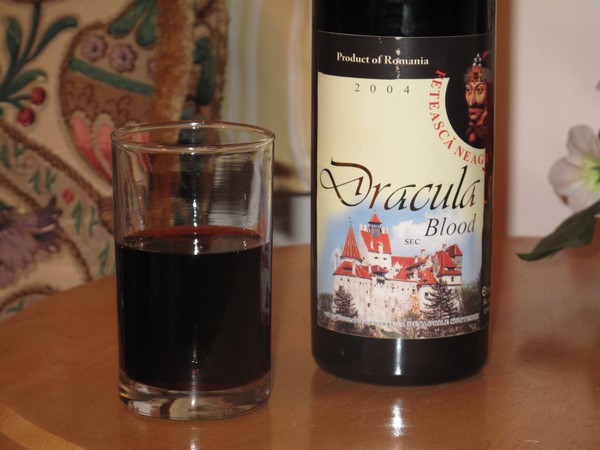 You can even purchase real Dracula’s blood!

It may not be the spooky, haunted castle that vampire fans are hoping for, but it is a magnificent piece of architecture and an important part of Romania’s history. 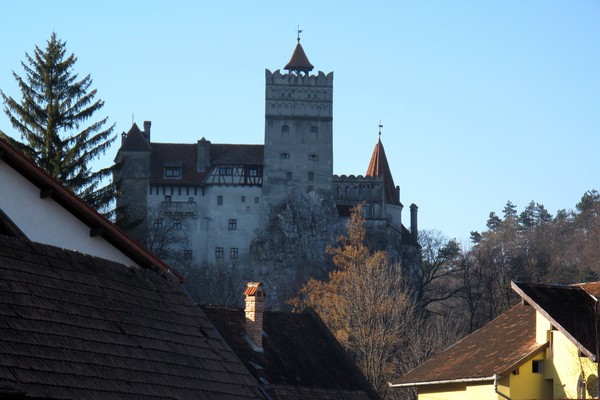 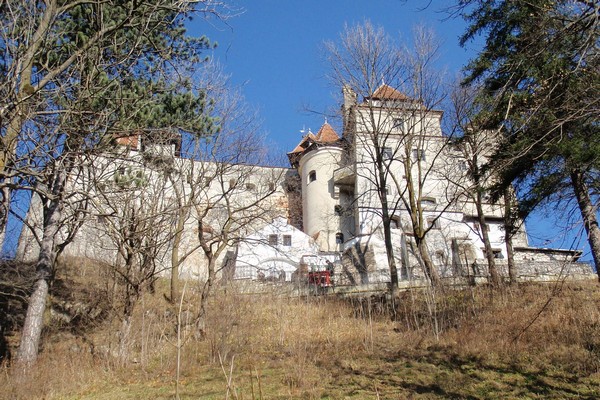 Have you traveled to Romania? Did you visit Bran Castle?
Share your experiences in the comments section below, we’d love to read about it!