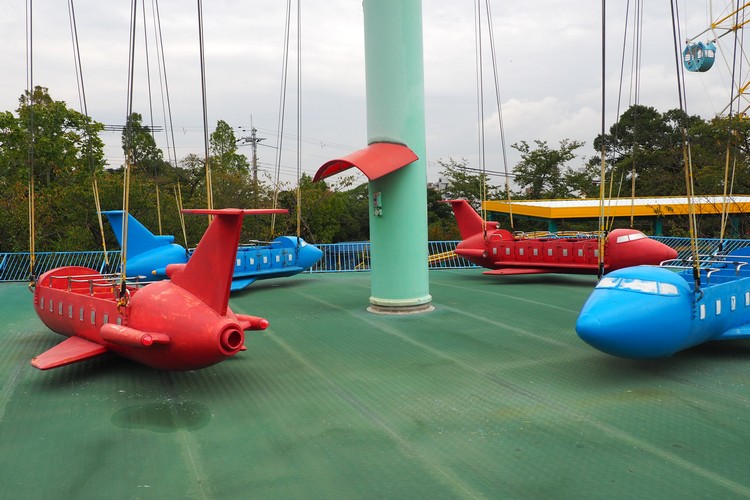 During our time in Kobe, we made an unplanned visit to the Kobe Oji Zoo. The star attraction at this zoo is a rare giant panda bear. Given that neither of us had seen a panda before, we decided to make a quick visit to the zoo to check it out. Although the giant panda is the main attraction at the Kobe Zoo, it was actually the odd amusement park that left the biggest impression.

The amusement park inside Kobe Zoo is interesting, to say the least.

We expect a little weird and wacky from Japan. It’s what makes Japan such a fascinating country to visit. The Japanese are known for their eccentric subcultures and unconventional technologies. I mean, have you used a Japanese toilet?

As soon as we entered the amusement park we were instantly transported back in time. While the zoo has an impressive line up of animals, the park facilities appear to have been left behind.

I don’t know if it was the damp overcast sky or the fact that we visited on a Tuesday in October, but the amusement park was virtually empty.

It was eerily quiet. We questioned if the park was actually open.

Now, I’m not sure if this poor attendance is the norm or if this was just a bad day at the office. Regardless, it felt strange to walk through an amusement park without the sound of screaming kids and loud rides. It was the complete opposite from our experience at Tokyo Disneyland.

Watch our short video from the Kobe Zoo amusement park

Having trouble? Watch the video directly on YouTube here. 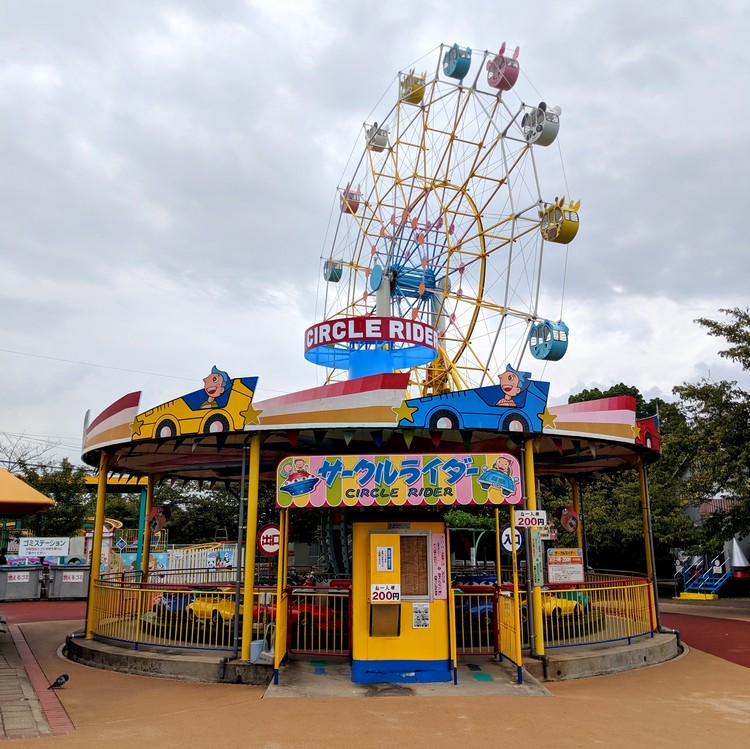 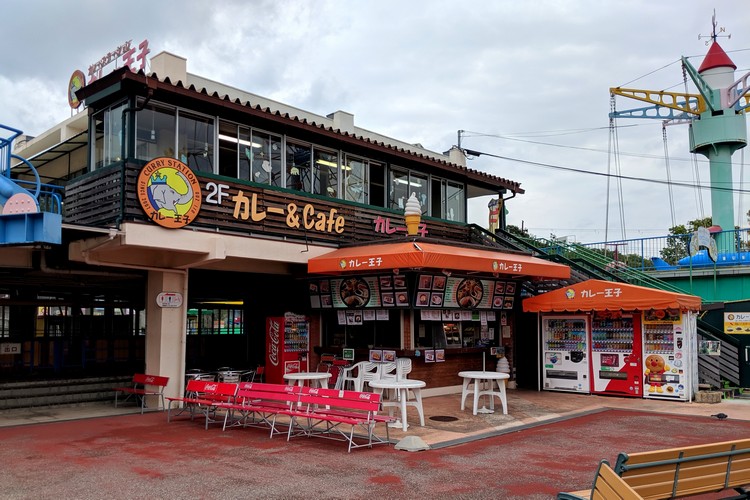 Where are all the people?

Normally, when you visit an amusement park, the rides are constantly in motion so kids can see the rides in action. Not here. Not today.

Watch this video footage from our visit to see what I’m talking about.

The old Ferris Wheel, which can be seen from almost anywhere in the park, stood motionless. All of the rides were open, but they looked closed because they sat idle.

The merry-go-round was not very merry.

Admission to the Kobe Zoo is quite reasonable. Kids are free and adult admission is only 600 yen per person ($7.50 CAD). I would have thought this price point would attract more visitors, but perhaps the empty park is just a sign of the times. Zoos are controversial and many will not survive. 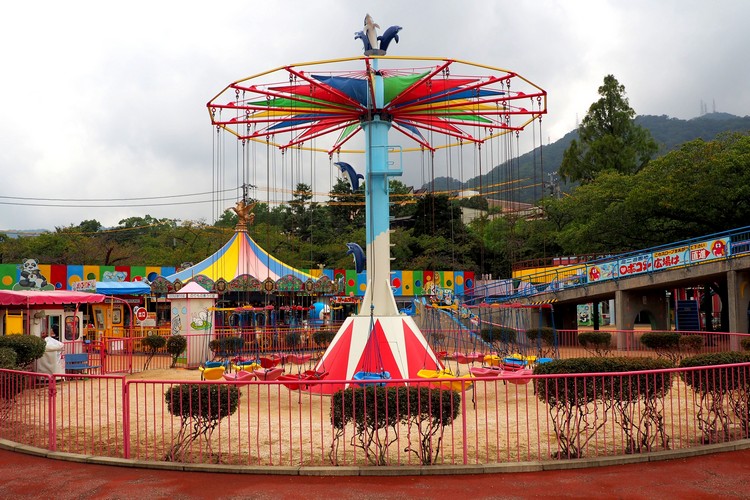 Are these rides even safe?

As we wandered around the amusement park we noticed a common theme. The rides are all very dated. And when I say very dated, I mean borderline dangerous.

Do you remember a time when cars did not have seat belts in the back seat? Well, that might have been the same time when these rides were built.

To be fair, we didn’t see the rides in action because nobody was on them. However, I’m not sure it would have made a difference.

What confused us most is that the Japanese are known to be leaders in innovation and technology. We assumed that the same nation that built the impressive bullet trains would apply the same innovation and creativity to amusement parks. That is certainly not the case here at the Kobe Zoo. I regret not going inside this Maze of Mirror. At the time, it felt like a waste of money (there’s an additional charge for each ride). I did not expect to write a blog post about the amusement park at Kobe Zoo, however, it probably would have been an interesting experience. 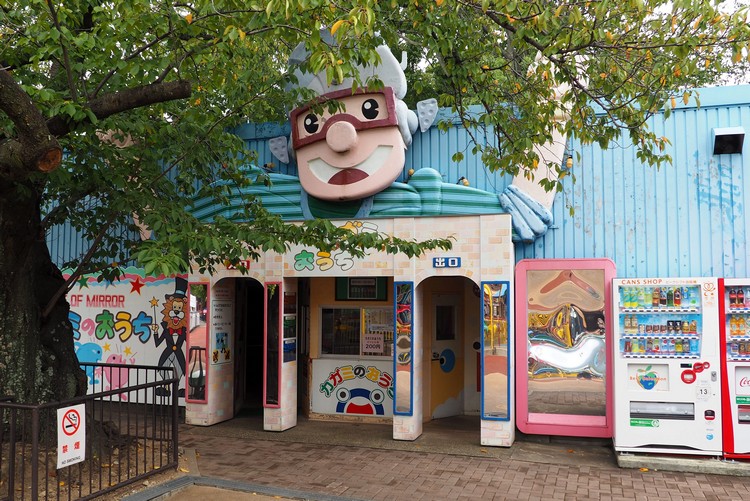 You don’t have to walk far to find a vending machine in Japan. 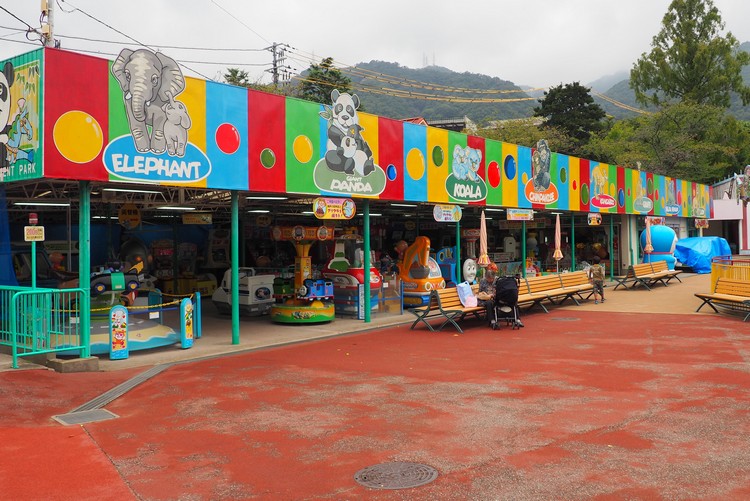 Is this the biggest collection of retro arcade games?

Okay, so our visit to the Kobe Zoo amusement park was not a complete bust. It does have one of the coolest (and biggest?) collection of vintage video games and rides we’ve ever seen.

I was once again transported back to my youth.

As a kid growing up in the 80’s, Nintendo was the biggest thing on the planet. I spent hours (maybe days?) playing Super Mario Bros and Duck Hunt at my friend’s house because we didn’t own a video game console. A few years later, my parents bought my the Sega Genesis for Christmas. It was a big deal.

I grew up playing these Japanese video games, so it was pretty cool to see some of these nostalgic games during our time in Japan.

However, I must admit, it felt strange to see so many old games with nobody playing them. Almost all of them were turned on and ready to receive the coveted 200 yen coin, yet nobody fed them. 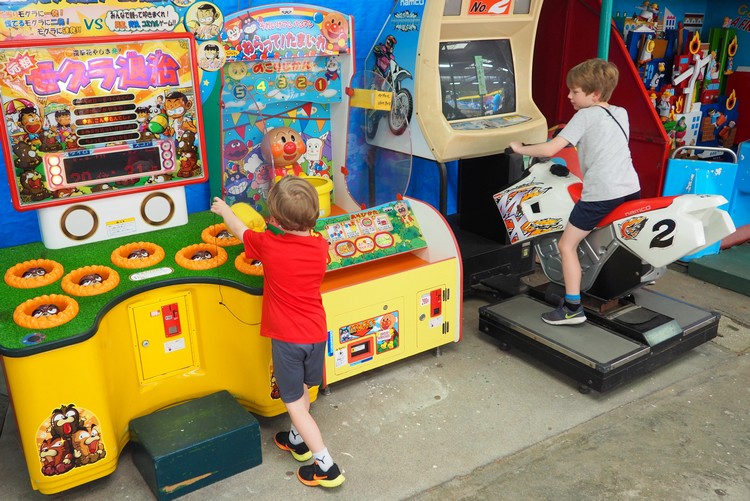 Our boys went nuts, jumping from one game to the next. They are not familiar with most of these games and rides. To them, these games could have easily been brand new.

They had no idea that many were way past their prime. 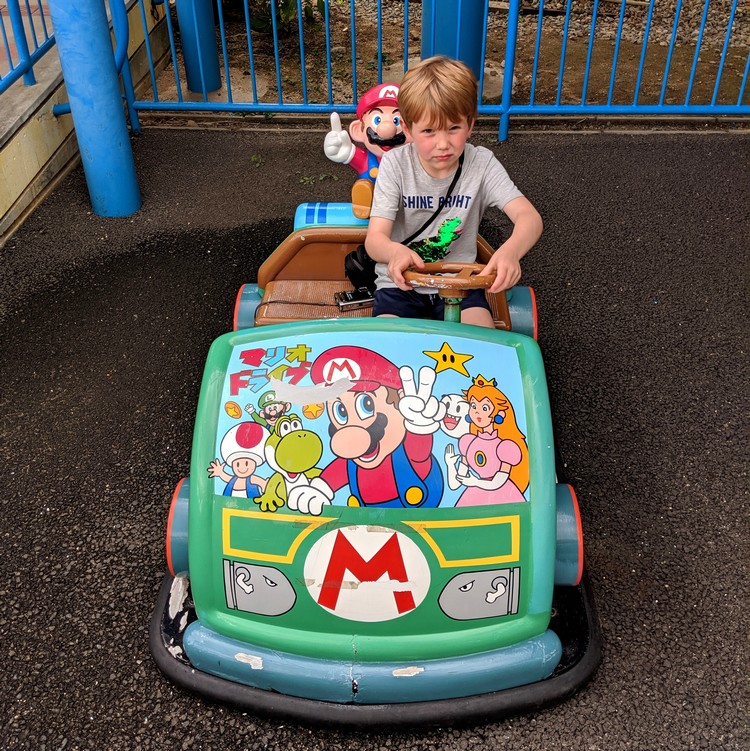 I’m not sure why this little amusement park left an impression on me.

Perhaps it’s because this outdated amusement park is the complete opposite from what I expected to find in Japan. When I think back to my childhood playing video games that were created in Japan, I made the assumption that Japanese amusement parks would be cutting edge and state-of-the-art.

This was not the case.

In fact, many of the arcades and playgrounds we visited in Japan are very dated and in need of repair. They did not reflect the futuristic Japan we had built up in our minds. 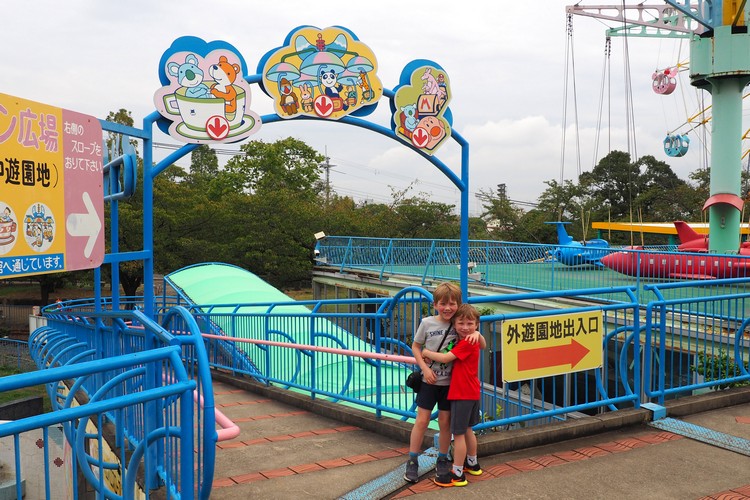 A few things to know about the Kobe Oji Zoo