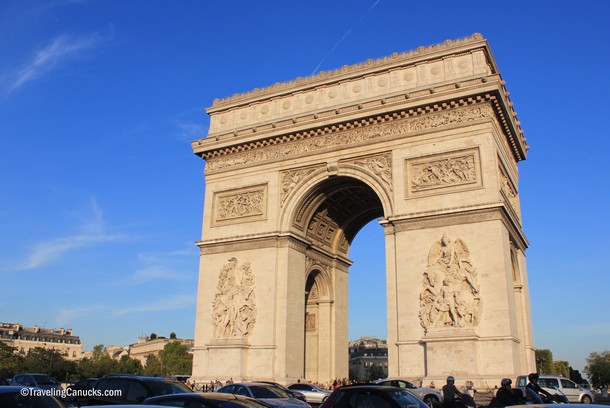 Paris is a feeding ground for hungry snap-happy tourists. The streets are loaded with remarkable architecture, historic cathedrals and impress landmarks, like the Arc de Triomphe.

Without question, the city’s star attraction is the Eiffel Tower, the tallest structure in Paris and the most-visited paid monument in the world. Tourists flock from around the globe to capture the exquisite Parisian city-scape from its popular viewing decks.

In peak season, it’s not uncommon for visitors to wait upwards of 3 hours just to reach the observatory platform. But, what many tourists don’t know is that there’s another fantastic viewing deck that rivals that of the Eiffel Tower.

Proudly standing at the centre of Place Charles de Gaulle, on the western end of the Champs-Élysées, the Arc de Triomphe is no stranger to the sightseeing circuit. It’s one of the most photographed landmarks in Paris.

However, you might not know that Arc de Triomphe has a rooftop viewing deck that offers spectacular views of Paris.

Readers note – we visited Paris years ago, before the pandemic and before the Arc de Triomphe was wrapped as a temporary art work for Paris. Travel to Paris is unpredictable right now, with constantly changing travel restrictions due to Covid-19. Make sure you do your research prior to traveling to Paris. 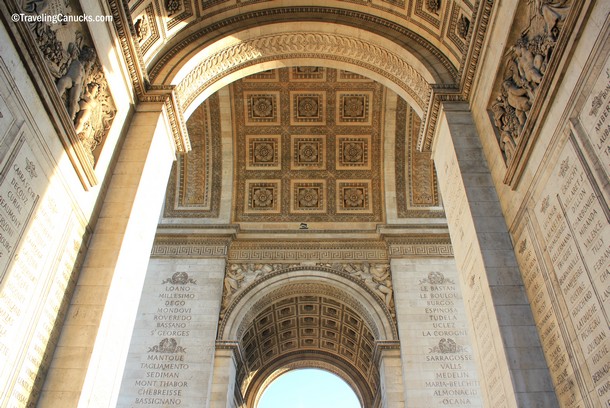 When we traveled to Paris in 2009, we visited the Arc de Triomphe and snapped a few standard tourist shots, admiring the elegant monument from ground level.

We circled the enormous roundabout but could not find a crosswalk that lead to the base of the giant landmark. Traffic was too aggressive to attempt crossing on foot, so we moved on and assumed it was inaccessible to the public (we were visiting during winter, so there were no tourists).

When we returned to Paris years later, we learned of our silly mistake.

There is actually an underground tunnel that leads to the base of the Arc de Triomphe, safely avoiding the traffic chaos above. Doh!

Not willing to brave the endless Eiffel Tower lineups (especially with a baby), we decided to revisit and see the views from its observation deck.

But here’s the catch – you have to do some stair climbing. To access the viewing deck, you can either climb the 284 steps or take an elevator to mid-level and climb 64 stairs to the top. It’s a good leg workout.

Below are photos captured from a summer evening on top of Arc de Triomphe. 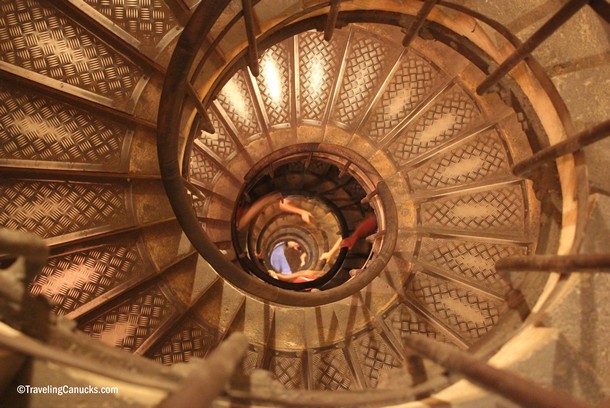 The windy staircase that leads up to the observation deck. 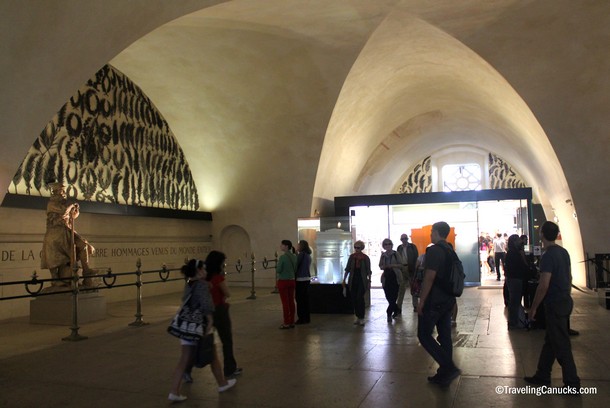 Inside the building at mid level. It’s quite big. 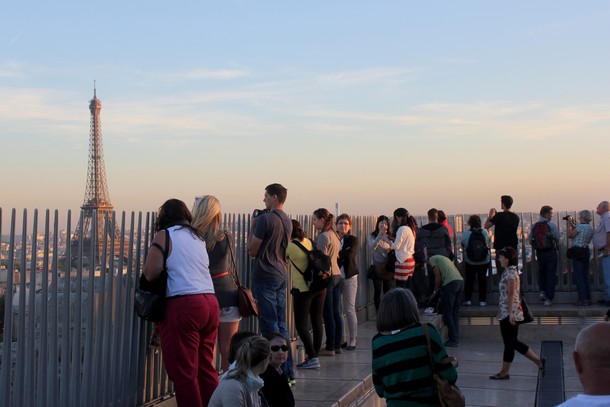 Tourists soaking up the Parisian cityscape, notice the proximity to the Eiffel Tower 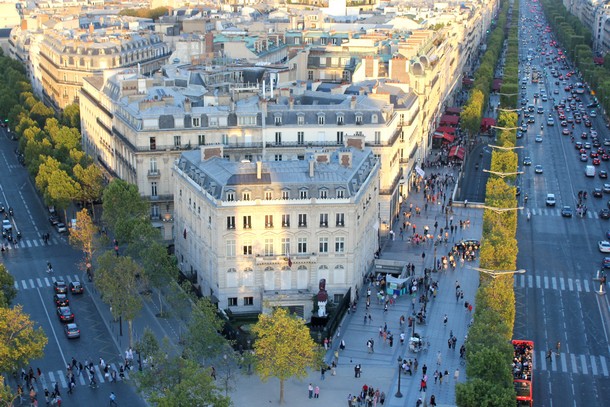 Can you see the shadow of the Arc on the buildings? 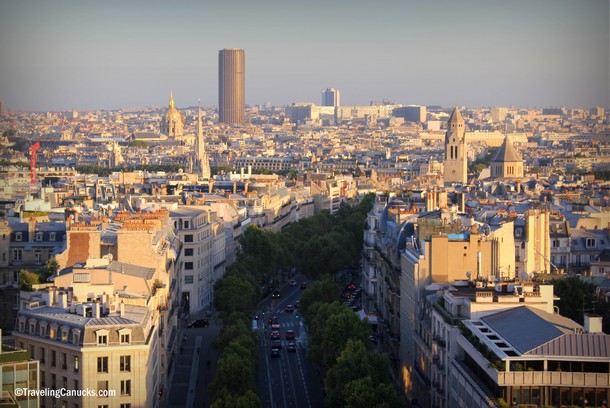 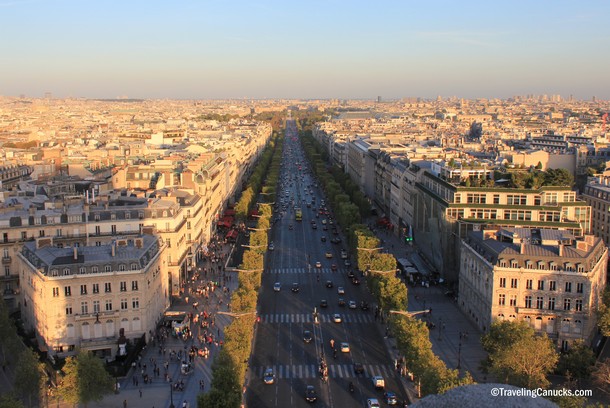 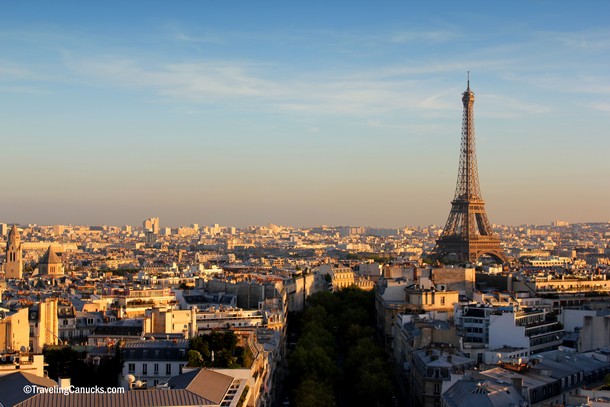 The observation deck offers a different view of the Eiffel Tower. 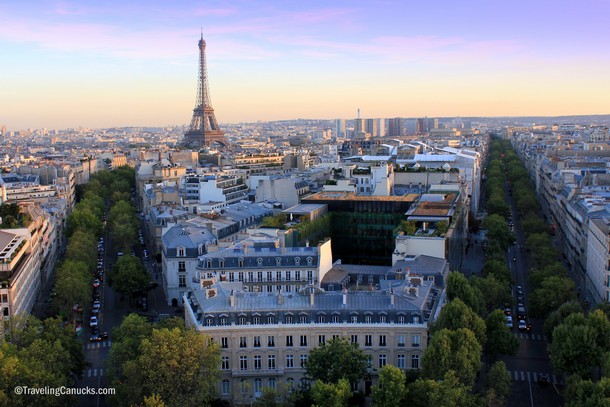 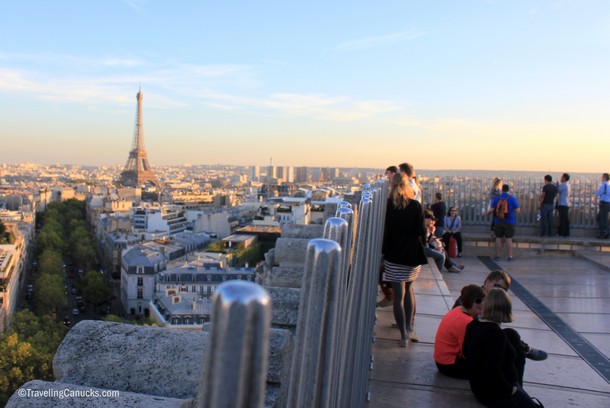 Related post – 9 Cities in Europe We Think You Should Visit and Why. 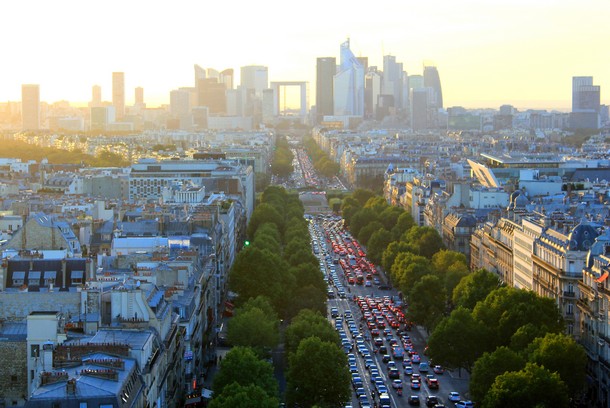 Views of La Défense, the major business district of Paris 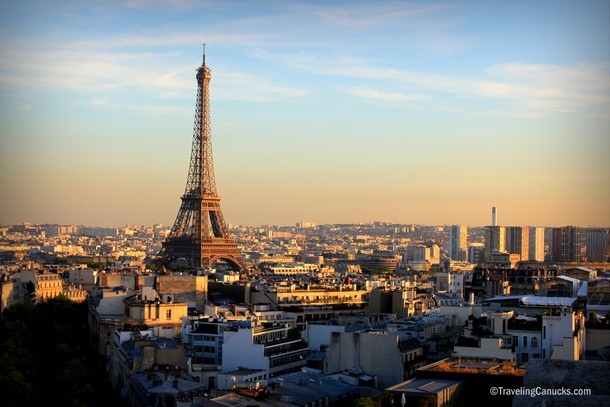 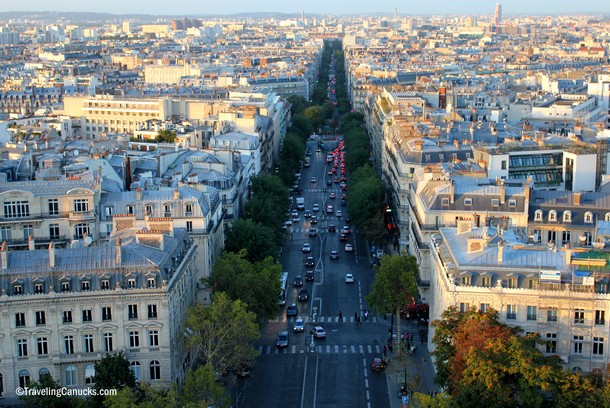 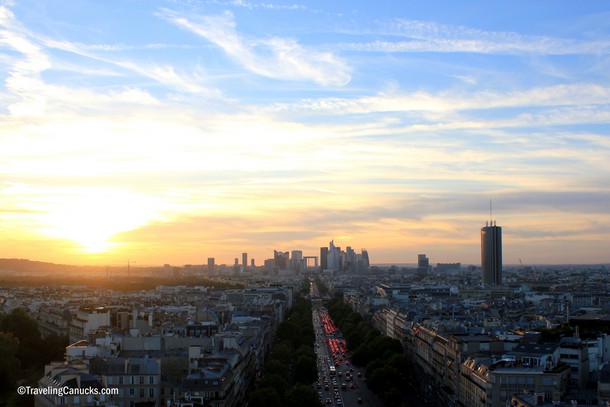 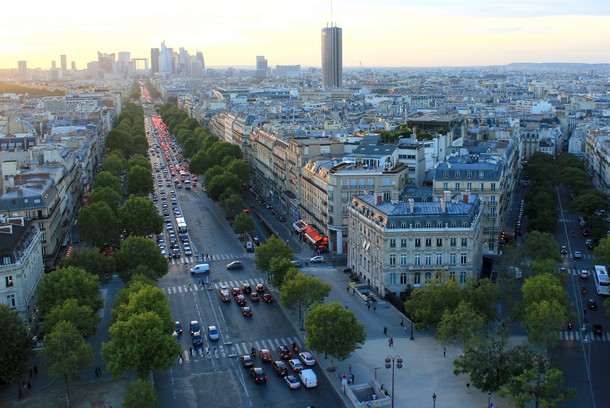 Have you visited Paris, France?

Share your Paris travel tips in the comments. Our readers thank you!

How to spend 3 days in Tokyo: Travel guide for first time visitors