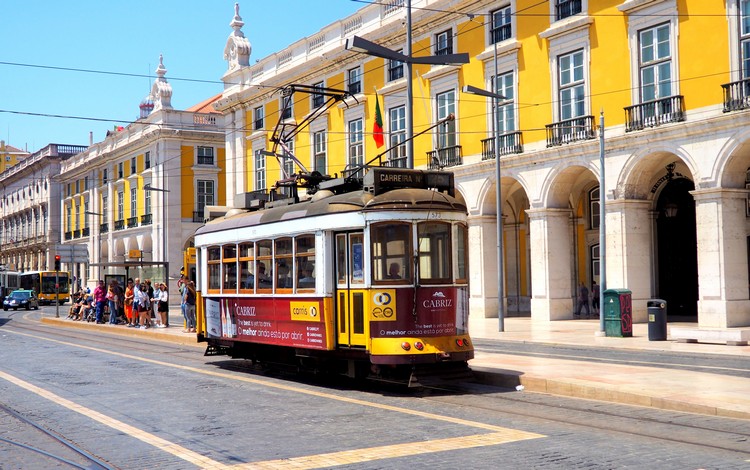 European cities you should consider visiting

Okay, so a list of “best cities in Europe to visit” is not the most original topic for a blog post. However, Europe is a big continent with hundreds of amazing cities worthy of recognition.

Having recently returned from an amazing trip to Europe, we thought it would be fun to highlight a few cities we love and think you should consider visiting.

We’ll spare you the usual suspects and assume that you’re already aware that London, Paris and Rome are great cities in Europe worth visiting. For the record, they are fantastic and we highly recommend you them at least once in your lifetime!

For this post, we’re stepping away from the hugely popular travel destinations and highlighting a few of the lesser known locations. 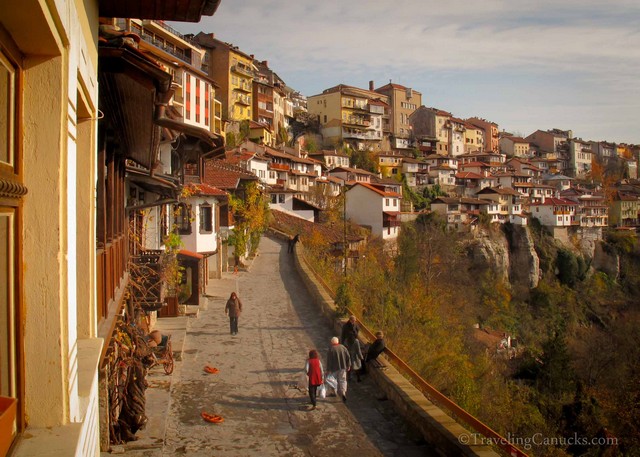 We loved the historical “City of the Tsars” and we think you will too!

The lovable Eastern European city hangs over the steep banks of the Yantra river, surrounded by forests and foothills (great for hiking and biking).

The cobblestone streets in the Old Town, pictured above, are full of interesting architecture and serene views of the calm river below.

Often overshadowed by Drubovnik, Split is a beautiful harbour city on the coast of the Adriatic Sea.

While strolling along the seaside promenade of Old Town Split, we quickly understood why Split is considered to be one of the finest Mediterranean cities in Europe.

Split is the second most populated city in Croatia next to Zagreb, the Croatian capital, and it’s the main city in Dalmatia. Many of Split’s historical and cultural monuments are located within the walls of the Roman emperor Diocletian’s Palace, a 1,700 year old landmark that’s listed as a UNESCO World Heritage Site.

Do yourself a favour while in Split – rent a vehicle and drive up and down the Croatian coast, visiting small coastal towns and villages (like Makarska and Omis). 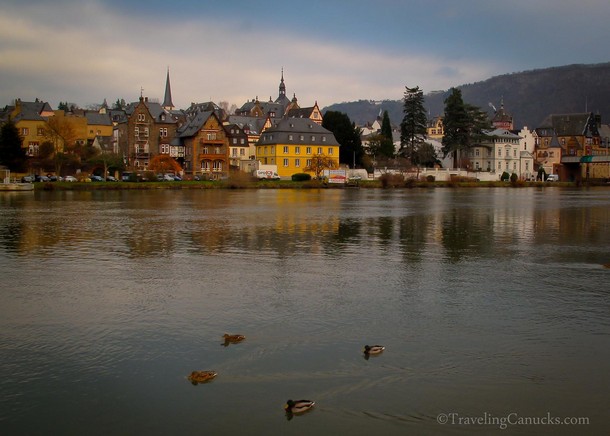 One of our favourite parts of Europe is the Mosel Valley in western Germany (located near the borders of Luxembourg and France).

We have family that lives in a town named Reil, located 15 minutes from the larger town of Traben-Trarbach, so we’ve visited this region many times.

The Mosel River Valley is dotted with sleepy villages, endless vineyards and fairy tale castles. It really doesn’t matter what town you visit in the Mosel region, just make sure you visit at least one or two.

Cochem and Bernkastel-Kues are quite popular, but Traben-Trarbach is central and comparatively less touristy.

The best time to visit the region is late summer, when the villages host wine festivals that serve locally crafted wines and homemade German cuisine.

Related: Why You Should Visit the Mosel Valley in Germany 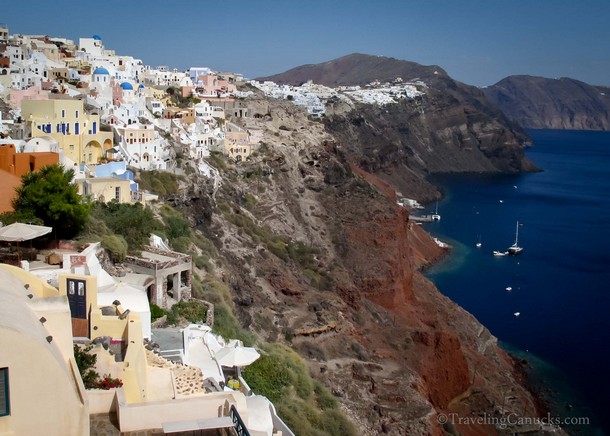 Few cities in Europe can compete with the WOW factor that Santorini greets its guests with.

The town of Oia literally rests on top of volcanic cliffs, overlooking the sparkling Aegean Sea. Because the cliff side of Oia faces west, it serves up arguably THE best sunsets on the planet.

And, if the white stoned buildings, blue domed churches and stunning panoramic views aren’t enough to wet your appetite, add an infinity pool and you’ll never want to leave this romantic Greek island. The Pearl of the Danube is central Europe’s finest city. It boasts an extensive list of World Heritage Sites that include the Banks of the Danube, the Buda Castle Quarter, Andrássy Avenue, Heroes’ Square and the Millennium Underground Railway (the 2nd oldest in the world).

Budapest’s most iconic landmark is the Hungarian Parliament Building. It’s one of Europe’s oldest legislative buildings and the largest building in Hungary.

Bring good shoes because Budapest’s old world charm, marvelous architecture and interesting history will keep you busy during the day. While its progressive nightlife will keep you moving well into the early hours of the morning. 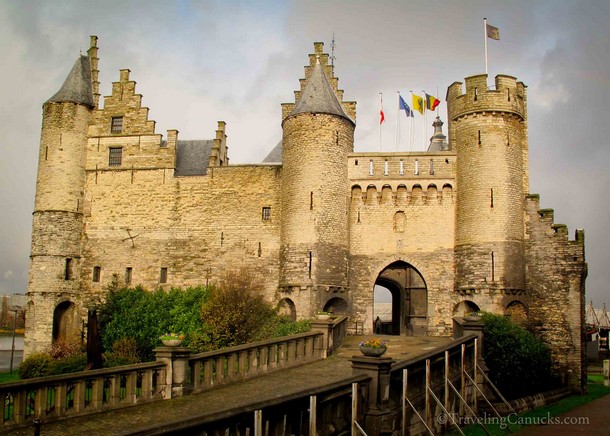 Though our time was limited in Antwerp and we visited on a rainy weekend in November, we instantly connected with Belgium’s ‘other city’.

Most visitors who travel by train between Amsterdam and Brussels will pass through Antwerp, making it a convenient stopover city.

Without a plan, we popped into the tourism office at the central train station, grabbed a map and started walking. It’s a very walk-able city. It has pedestrianized shopping districts and a market square that’s dominated by the towering Cathedral of Our Lady.

We were pleasantly surprised to find Steen Castle (pictured above) along the river. It looks like something straight out of a Disney cartoon. We half expected Cinderella or Snow White to greet us at the entrance. 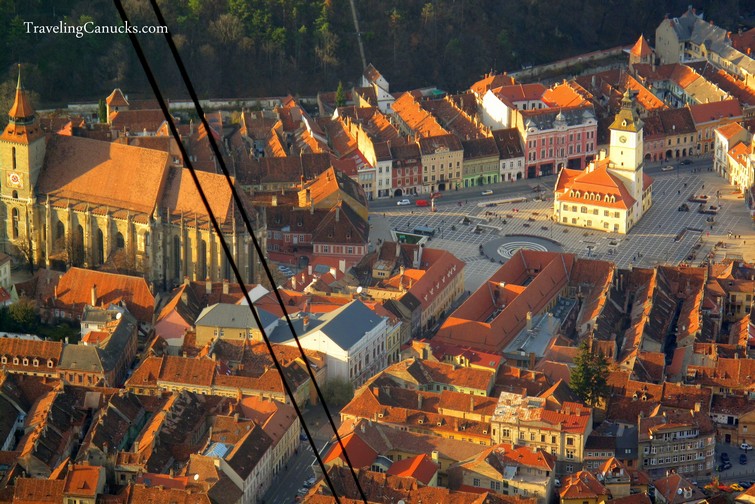 This fabled red-roofed city is located in the Southern Carpathians of Transylvania, the second highest group of mountains in the Carpathian Mountain range. It’s an ideal place for outdoor enthusiasts who enjoy hiking, biking and skiing.

But the main draw to this Romanian city is its close proximity to the town of Bran. More importantly, home to Bran Castle, proclaimed to once be the home of the world’s most famous vampire – Dracula.

Let’s be clear, the legend of Dracula is totally over-hyped and fabricated for the almighty tourist dollar. However, it’s still worth a day trip to explore the hilltop castle and its tight, windy stairwells.

It has a spooky vibe, so let your imagination run wild! 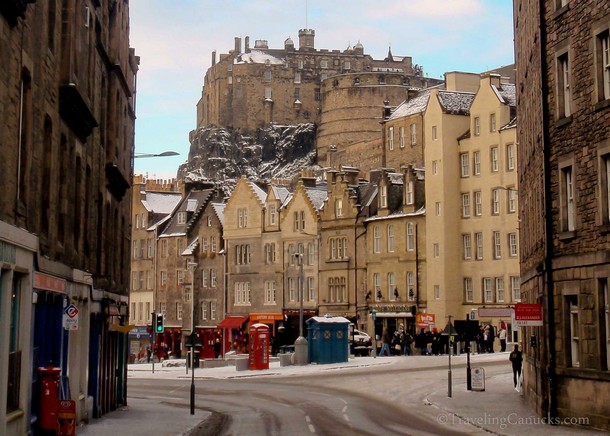 Edinburgh surprised us – in a good way. The purpose of our trip was to partake in Hogmanay, the world’s largest New Year’s Eve street party. Because of this, we visited during the peak of winter.

Now, if you’ve ever been to Scotland during winter, you’ll know that it gets freeeeezing cold. So, we limited our expectations – which ended up being a very good thing.

The medieval city is unlike any other city we have visited. It’s easy to feel Scotland’s dark history as you wander down the Royal Mile in Edinburgh’s Old Town.

Did you know that there is an ancient city that was quarantined and buried under today’s modern city? We didn’t! Take a ghost tour and see for yourself. There’s plenty of acting but its good fun. 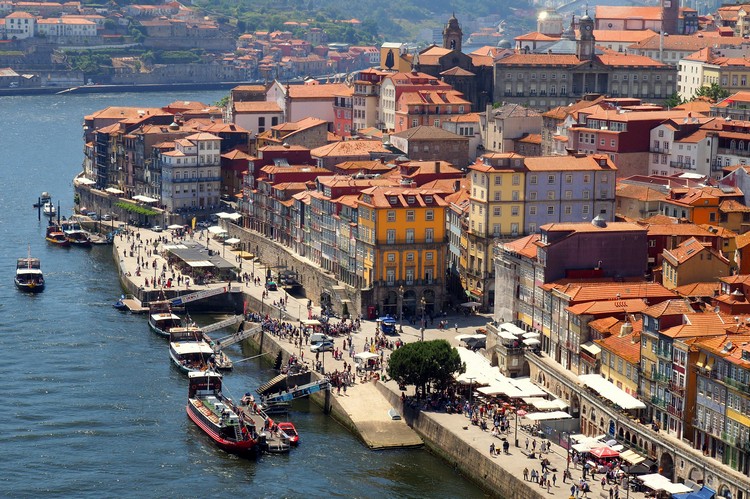 It didn’t take long for us to fall in love with Porto. I believe it was 2 minutes. Located in northwest Portugal, this extraordinary city is best known for its river, the Douro, and its famous port wine.

It’s one of the oldest cities in Europe and is listed as a UNESCO World Heritage Site.

Porto has been continuously inhabited since the 4th Century. Its strategic location on the Atlantic coast, near the Strait of Gibraltar and northwest Africa, made it a target for multiple invasions over the centuries. Each period of rule, from the Romans to the Moors, left their mark on the city.

The result – a fascinating city with many layers of history, culture and tradition.

Related: 30 Photos of Porto that prove it should be on your list

Have you visited any of these cities in Europe?

What cities in Europe would you add to this list?

Share your favorites in the comments section below. We’re always looking for travel inspiration!