We’ve all heard stories about crafty pick-pockets operating at popular tourist traps. As an ancient wonder of the world, Egypt’s Great Pyramids of Giza attract millions of visitors every year, inadvertently creating a feasting ground for sketchy touts and creative pick-pockets.

As I pulled out my camera to take a photo of the iconic Sphinx and Pyramids, I was distracted by the abrasive child that was shouting at me, looking for a cash handout. I quickly refused and brushed him off, foolishly thinking we were finished.

The persistent boy circled around me and started to walk away – or so I thought. 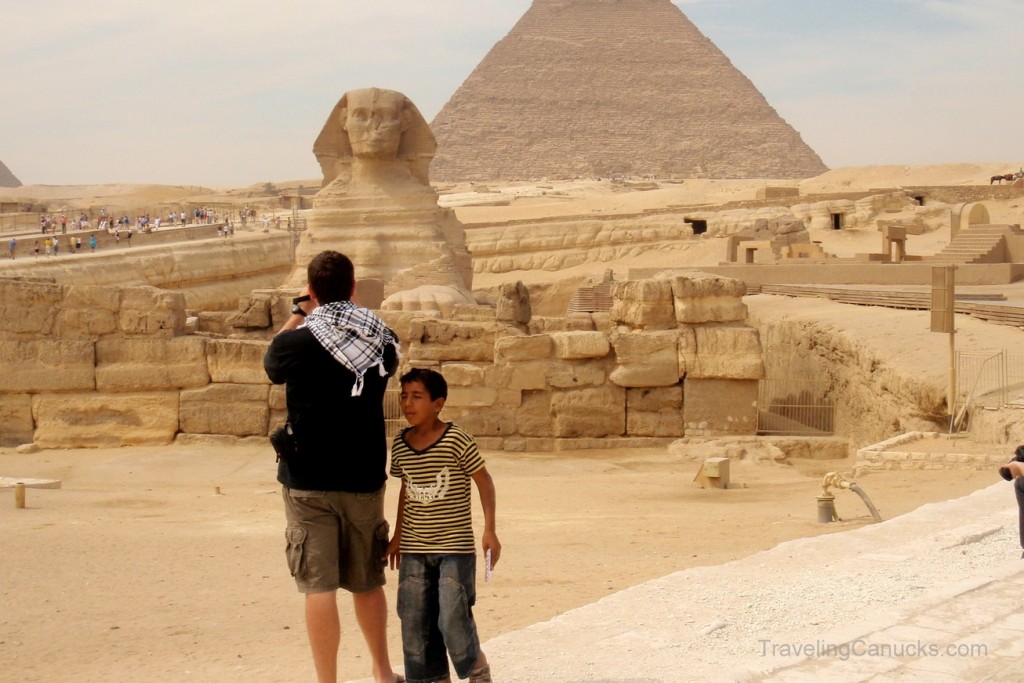 Nicole was in the distance, also taking a photo. Her photographic vision was different than mine. She was going for the ‘child begging Cameron for money at the Pyramids’ rather than focusing solely on the famous landmarks.

Incredibly, at the EXACT moment she pushed the button he would attempt to steal my wallet.

He was unsuccessful. Actually, he was very bad at his craft and gave himself away before reaching anything of value. If you look closely at his hand, he brushes up to my wallet, which is located in my right cargo pocket. It has become a priceless photo that truly speaks a thousand words!

Although, this is still our favourite photo from the Great Pyramids of Giza.

Have you ever run into a pick-pocket on your travels?
Share your story in the comments section below!