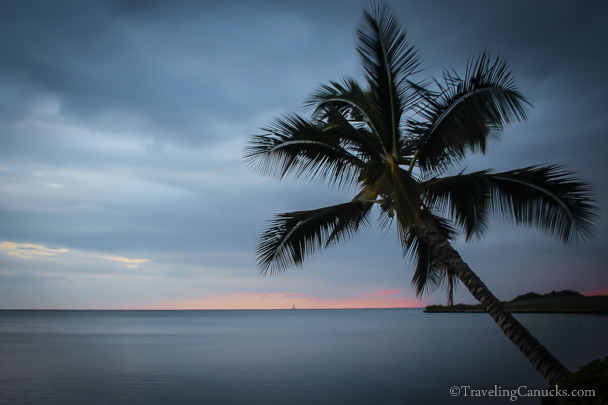 Have you read enough “year in review” articles yet? What’s one more, right?

We had good intentions to write a detailed ‘end of year wrap up’ but these past few weeks have been unexpectedly busy. And not in a good way. Our two little boys have been quite sick, requiring many trips to the doctor’s office, sleepless nights and constant care.

Needless to say, the ol’ travel blog has been neglected. But I’m sure you survived the holidays just fine without hearing from us for a few weeks.

We like reading year end reviews. It’s fun looking back on the year that was, reflecting on the special moments and accomplishments. More importantly, it helps put life into perspective.

While it wasn’t filled with epic adventures like these, it was filled with joy as we welcomed Baby Connor to the world. Waking up each morning to the smiles of our two little boys reminds us that we are exactly where we need to be right now, and that travel is only one cog in the wheel of life.

Here are a few photos that tell our 2013 story… Our first trip of 2013 had us visiting Mexico’s sun drenched Mayan Riviera for a few weeks.

The purpose of the trip was to attend a friend’s wedding. The timing and location of their wedding was perfect because we celebrated our 5 year wedding anniversary the following week, at the very same resort we were married at (located about 20 minutes north of Playa del Carmen). The trip to Mexico was also Baby B’s first time swimming in the Caribbean Sea – a big moment in his young life! We love this photo of Baby B taking his first step in the Caribbean waters, symbolic of him starting to become his own little person. *tear*

It was so much fun retracing our steps and introducing Baby B to the place where we sealed the deal five years earlier. We hope to return again on our 10 year anniversary.

Read more – Photos from our trip to Mexico After a few weeks of sunshine, beaches and far too many afternoon beers, it was time to return to Canada and hit the slopes.

Okay, it was really time to get back to work, but we managed to escape the city for an extra long weekend and spent a few days snowboarding at our favourite ski resort – Whistler BC. 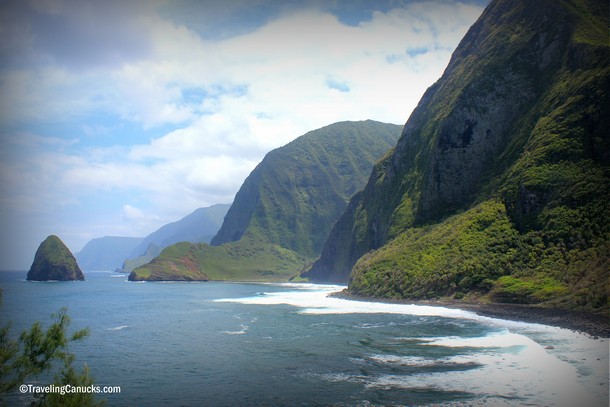 We were invited to explore the beautiful Hawaiian island of Molokai in early spring. It was our second time to Hawaii in as many years, but the first time we’ve left Baby B behind when we travel. Although we enjoyed the time alone together, we much prefer having him with us.

Molokai is not like its Hawaiian neighbours. It’s not touristy or overdeveloped. It does not have luxury resorts, five-star restaurants or designer retail stores. Heck, it doesn’t even have traffic lights! 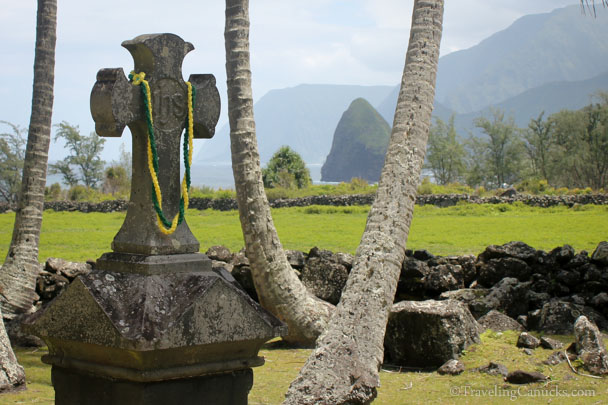 The above photo was captured in Kalaupapa, a hauntingly beautiful part of Molokai that is isolated by the world’s tallest sea cliffs. Kalaupapa has a dark past, one that has profoundly shaped the spirit of Molokai. Shortly after our trip to Hawaii we lined up a few small trips in British Columbia. By this time, Nicole was well into her 2nd trimester with Baby Connor. First up, we visited the beach town of Parksville, located on the east coast of Vancouver Island.

I love this photo because it captures the joy of exploring tide pools in the morning. We are so thankful to be living in such a beautiful part of the world. In early June we traveled across Canada to attend the annual TBEX event that was hosted in Toronto. It was an action packed week full of sightseeing, eating, drinking, networking and laughing.

The above photo of the Toronto skyline was captured from Toronto Island while attending a social event with a fun group of travel bloggers that have become “real world” friends.

Read more – Revisiting the past and fulfilling childhood dreams 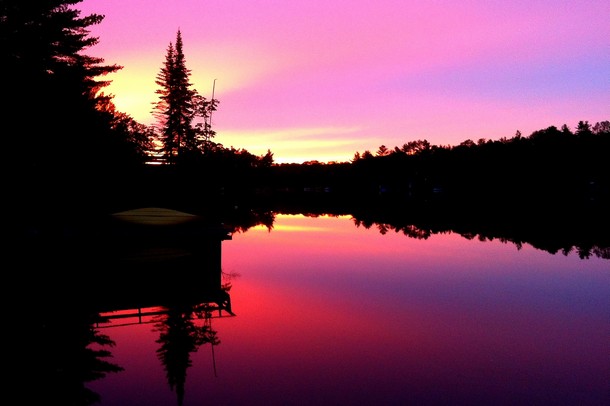 While in Ontario, we took advantage of our location and traveled north to cottage country. We met up with friends that have a family cottage directly on a lake, just outside the town of Gravenhurst.

The above sunset was captured from the dock of said cottage. Stunning! 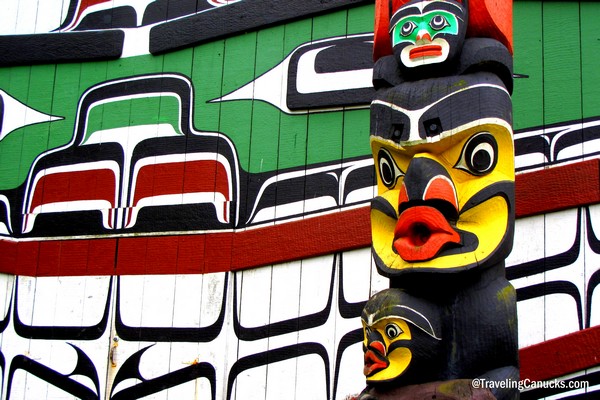 It seems like every summer we find ourselves visiting Victoria, the capital of British Columbia located on the southern tip of Vancouver Island. This particular trip was in celebration of Cam’s big 3-5 birthday, a milestone that seems to have a little too quickly.

This native art and totem pole was captured at Thunderbird Park, next to the Royal British Columbia Museum in downtown Victoria. We love Victoria and hope to someday relocate their. 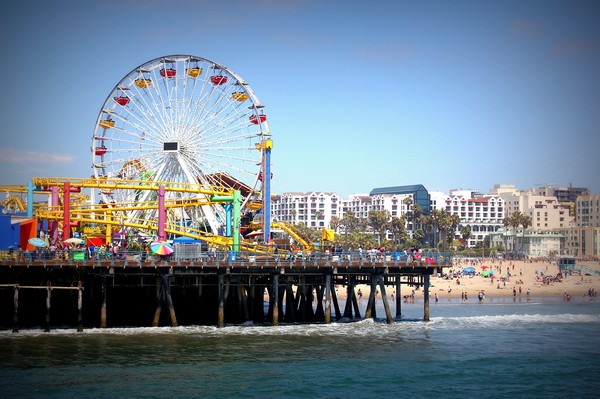 Our final trip before the pregnancy home stretch had us visiting the swanky beaches of Santa Monica. It was our first time to Los Angeles and the final adventure we’ve had as a family of three.

Although we were given a long list of things to see and do in Los Angeles, we ended up spending most of our time strolling up and down the Santa Monica and Venice Beach boardwalks. Baby B just wanted to roll around in the sand all day… so we let him.

Read more – On the Boardwalk: Scenes from Santa Monica to Venice Beach 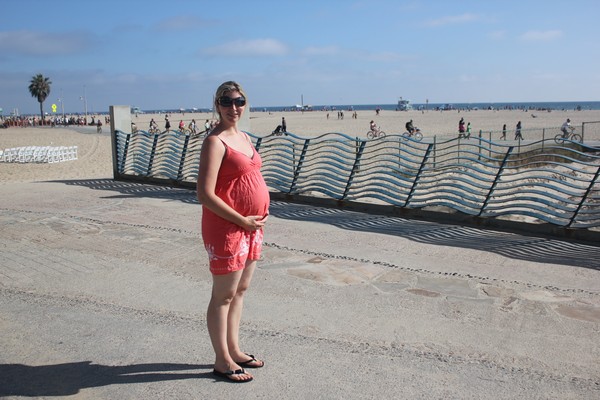 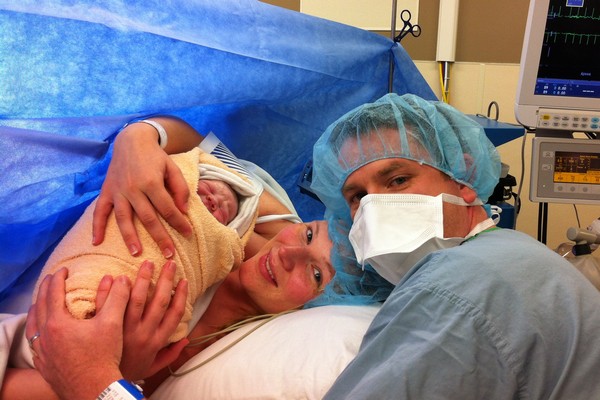 As you can probably imagine, the past two months have been quite full. It’s not nearly as intense as when Baby B was born, but the days seem to disappear quickly. We’re trying our best to enjoy each and every moment with our little boys because we know how fast things will change. Before we sign off and say goodbye to 2013, we want to take a moment to thank you for joining us on our journey. We’re so happy you’re here and we want to wish you and yours a very successful 2014!